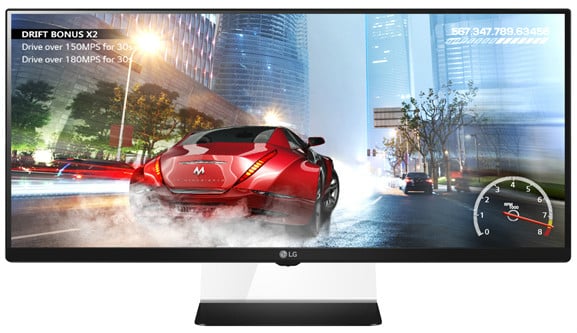 In this article, we are going to compare 4 Ultrawide gaming monitors which are very similar. Ultrawide monitors have started to get popular very popular and with good reasons. There are many to select from, and the prices have dropped which makes these more accessible to more people.
Many people are replacing their dual monitor setups for a single Ultrawide to increase productivity, save desktop space and just have a cleaner setup. Gamers can also enjoy the more immersed experience. If you use your monitor for editing videos, an Ultrawide allows you to see much more timeline on the screen and gives room for more controls.
Especially if it is a 1440p gaming monitor, the added pixel density over a 1080p screen also provides more vertical space. If you watch or edit 2:4 aspect ratio video, it is nice to see it full screen. But when you are dealing with 16:9 you do have black bars on the sides.
I should also note that some Ultrawide content shows up with black bars on all sides due to the content creators adding horizontal black bars to 16:9 video instead of producing true 21:9 videos.

Starting off with built quality, all four monitors are made well with the Acer taking the lead. It has the fanciest design which is made to appeal to gamers. The stand is solid aluminum. And the monitor feels the most robust. All of the monitors come with height adjustment, but only the Dell can swivel. The Dell and Acer can get much lower to the desk compared to the LG and Samsung. But the Dell doesn’t get that high compared to the other three. Even though it is shorter, I still found it tall enough. 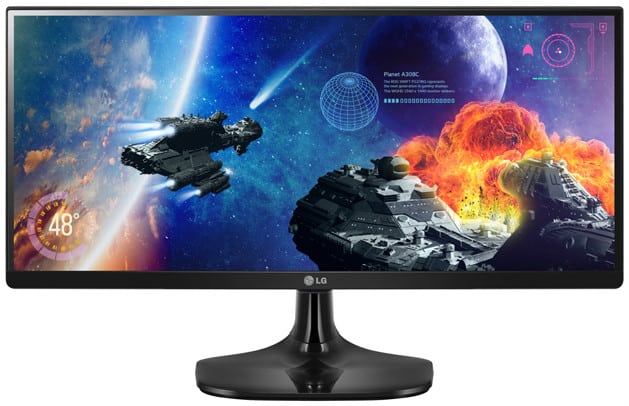 Along with having most vertical adjustment the Acer has the most tilt adjustment which is great when trying to plug in cables. Even though the Acer stand looks the best the design makes it difficult to hide cables. And the design of the stand makes the monitor set much closer to you compared to the other three, with the LG and Dell tieing for the most distance between you and the monitor.

The Samsung makes it easy to hide your cables with an included slot to hide them in the back. The Dell also includes a pass through to help hide the wires. As far as I/O, Acer and Dell are tied in first. Both have 2 DisplayPort inputs, 1 DisplayPort out for changing monitors, and 2 HDMIs with MHL and HDMI 2.0 support for 60 Hertz operation.

The LG and Samsung monitors don’t support HDMI 2.0 at all. Moving on to the menu system, the Dell is my favorite. It is touch operated which sounds like a gimmick, but it is surprisingly easy to use and responsive. The LG system is okay once you get the hang of the single control knob. And the Samsung and Acer are more of a pain mainly because of the menu interface. I also want to mention that the Dell is the only monitor that doesn’t use an external power brick. Which is not a huge deal but it is nice. The Samsung is the only monitor out of the bunch that doesn’t use an IPS panel. It uses a VA panel which has a noticeably better contrast ratio. But it does have a downside which is viewing angles. Looking at the Samsung, the sides of the monitors do have slightly washed out colors where the others with IPS panels look great.

Unfortunately, all three IPS monitors have backlight bleed on viewing clear black screens. The Samsung does have a slight amount. But it is way less than other three monitors with IPS displays. Luckily no backlight bleed is noticeable when viewing regular content. All of the monitors are color accurate in the sRGB color space. With my Datacolor Display Calibrator the Acer put out 98%, the Dell and LG were at 99%, and the Samsung took first place at 100% sRGB.

Three of these monitors are your standard 60 Hertz monitors, with the Acer supporting 75 Hertz out of the box. That is because it is targeting gamers who want a smoother gaming experience. The Acer monitor can be slightly overclocked to 85 Hertz. And the Dell can reach 80 Hertz, which I was surprised by because both LG and Samsung are not stable if overclocked. That makes the Dell more appealing for gamers than the LG and Samsung. But it can’t compete with the Acer’s FreeSync Tech which varies the refresh rate between 30-75 Hertz for a smoother experience when paired with an AMD GPU.

The Acer also has a few gaming software features. One being RGB LED lighting underneath the monitor. I have used each one of these monitors for at least two weeks to get a good feel for them. When I started out, I thought the Samsung would be my favorite because I appreciate good contrast ratios. And I thought that the backlight bleed of the other monitors would bug me. After two months of testing, I could honestly say that I was wrong. The backlight bleed isn’t an issue typical usage while the Samsung’s washed out colors on the sides of the monitors do get to me.
Out of the four monitors, my personal choice is the Dell. It is I/O is flexible and feature proof. It has a good stand, and the menu system is easy to use. The Dell display looks great. And Dell is known for their great warranty and customer service for their Ultrasharp line of monitors. If your primary concern is gaming the Dell will do a good job. But you will likely want to go with the Acer for the FreeSync support and other gaming features. In just over two months that I have been testing these monitors, the prices have fluctuated both up and down on all four models.
So if your choice is based on the price, I would check out the links in the video description to these monitors where you can guys could get more info. And you guys can buy one of these to see what the prices are when you are watching this video. If this video was helpful, please give me a thumbs up.