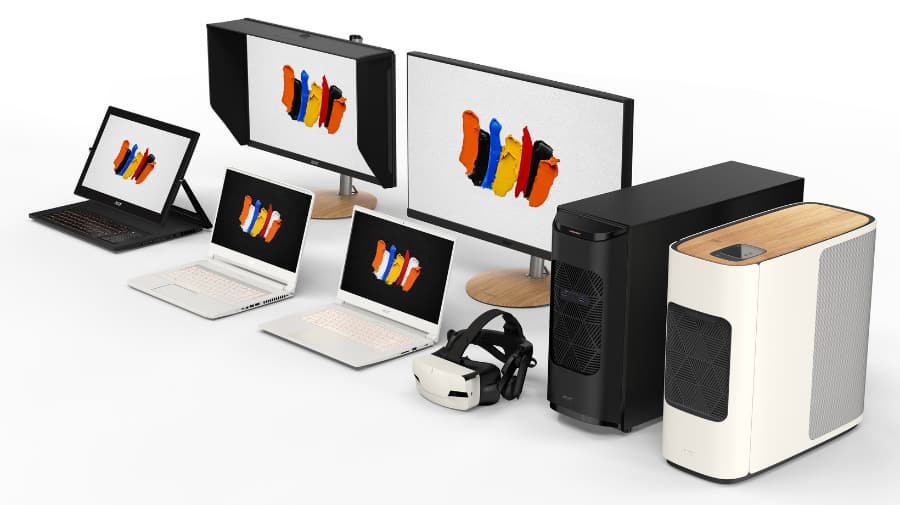 Acer just announced a new line called ConceptD monitors which contains the most interesting variants to date since they released the Predator X27. This new series targets prosumers who want excellent image quality for work and a fast, highly detailed 4K 144Hz screen rolled into one premium package. These products present another high-cost, top-end segment many are waiting for, but what can we expect from the new and improved trio when it comes to where it matters most?

The Acer ConceptD CP7271K-P is the first of the bunch with a 27-inch frame and specs meant for 3D creators and editors. One interesting characteristic of this variant is its metal tube stand with a wood-textured base that adds a more natural look to a desktop. This model is a fantastic option if you want something fresher than the current offerings in the market today.

The Acer ConceptD CP7271K-P sports a presumed IPS panel with a 3840 x 2160 resolution and a 144Hz refresh rate. The gamut coverage reaches up to 99% of the AdobeRGB color space or around 93% DCI-P3. This model along with the other SKUs in the ConceptD line have Pantone-certified accuracies with a rating of DeltaE <1.0 for lifelike images. The panel is supported by a backlight with a 1000 cd/m2 peak brightness which combines with the vibrancy to qualify for VESA’s DisplayHDR 1000 standards.

This model is also listed as one of the G-Sync Ultimate displays which is a new section of monitors which have FPGA processors inside. This means that the Acer ConceptD CP7271K-P will have passed 300 various compatibility and quality tests which include a functional range of 1Hz to 144Hz, overclocking, and variable overdrive modes. It’s worth noting that this bracket includes existing gaming offerings such as the HP Omen X Emperium 65 and the Asus PG27UQ, so performance will be comparable at least.

The Acer ConceptD CP3271K-P is also a 27-inch monitor with a 4K 144Hz IPS screen despite its confusing model name which is patterned after 32-inch variants. We know that’s unfortunate since we are all waiting for larger 4K 144Hz options that do not go as large as the CG437KP which is as big as a TV. This model is more comparable to the Acer XV273K which shaved off a few magical features to make the price point more budget friendly.

This model boasts a 27-inch IPS panel with a 3840 x 2160 resolution and a 144Hz refresh rate, minus the full HDR standards. Acer mentioned that this is an HDR 400-grade display which says that you won’t be able to get the upgraded visual experience found in the model above. The color coverage was not announced, but it’s reasonable to expect that the monitor will be able to produce 99% Adobe RGB with Pantone certification that dictates a DeltaE <1.0 accuracy score.

It’s also interesting to note that there is a 1440p version in the works called the Acer ConceptD CP3271U with identical specializations. The CP3271U is VESA DisplayHDR 400 certified as well with a gamut output of 90% DCI-P3 and a Pantone-approved DeltaE >2.0.

The brand mentioned in its annual reveal that the Acer ConceptD CP3271K-P will support Adaptive Sync which means it will have AMD FreeSync compatibility. Nvidia users shouldn’t worry, however, since the firm also guaranteed that this new model would be G-Sync compatible like the XV273K. Unfortunately, there is no word on pricing and an exact release date for this variant, but we can expect that it will be considerably cheaper than the FALD-equipped models. 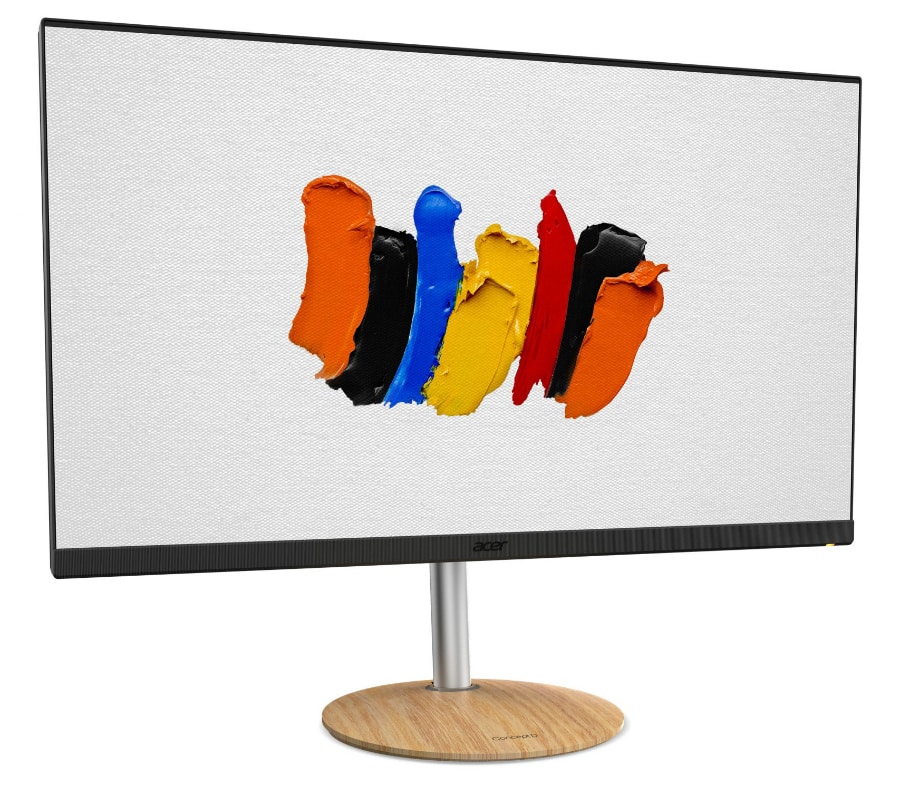 The Acer ConceptD CM7321K is the most sophisticated of the bunch, starting with its perfect 32-inch form factor. This model will ship with a top of the line IPS panel capable of brilliant outputs such as VESA DisplayHDR 1000 specification among other things. The downside is that this is a 60Hz model, meaning it will cater to the hardcore pros who want the best possible image quality.

The IPS panel in the Acer ConceptD CM7321K will have a 3840 x 2160 output matched with a 60Hz refresh rate which is too common in today’s market. However, the color reproduction of this model will reach 99% AdobeRGB or 89.5% of the Rec.2020 standard. Couple that with a large, 4K screen and you get an excellent canvass for editing and content creation.

The Acer ConceptD CM7321K will still be great for HDR gaming thanks to its VESA DisplayHDR certification. This tag means that the monitor will have a 1000 cd/m2 peak brightness which works well to enhance the range, contrast, and details of graphics. However, what stands out is the CM7321K’s mini LED array with 1152 individually-dimming zones.

FALD backlights are already fantastic at what they do, but on the other hand, mini LED implementations provide better control and are much closer to OLED regarding output. So far, only a few monitors have mentioned identical specifications like the elusive Asus PA32UCX which isn’t widely available at this time.

The good news is that the Acer ConceptD CM7321K already has a date set for North America in September of this year. The problem is you will need deep pockets for this bad boy since it will start selling for $2999 or EUR 3199 in EMEA countries.

Editor’s Note: The Acer ConceptD monitors are exciting developments for our beloved hobby since they bring high-end gaming and professional use closer than ever. If you want to check out the full range of Acer ConceptD products, you can check out the official page for the [email protected] event in New York.

Search
NEW
POPULAR
You are here: Home / Reviews / Acer ConceptD Monitors – 4K 144Hz, HDR, and Wide Gamut Monitors for Artists and Editors
This website uses cookies to improve your experience. We'll assume you're ok with this, but you can opt-out if you wish.Accept Read More
Privacy & Cookies Policy
Necessary Always Enabled
Share This