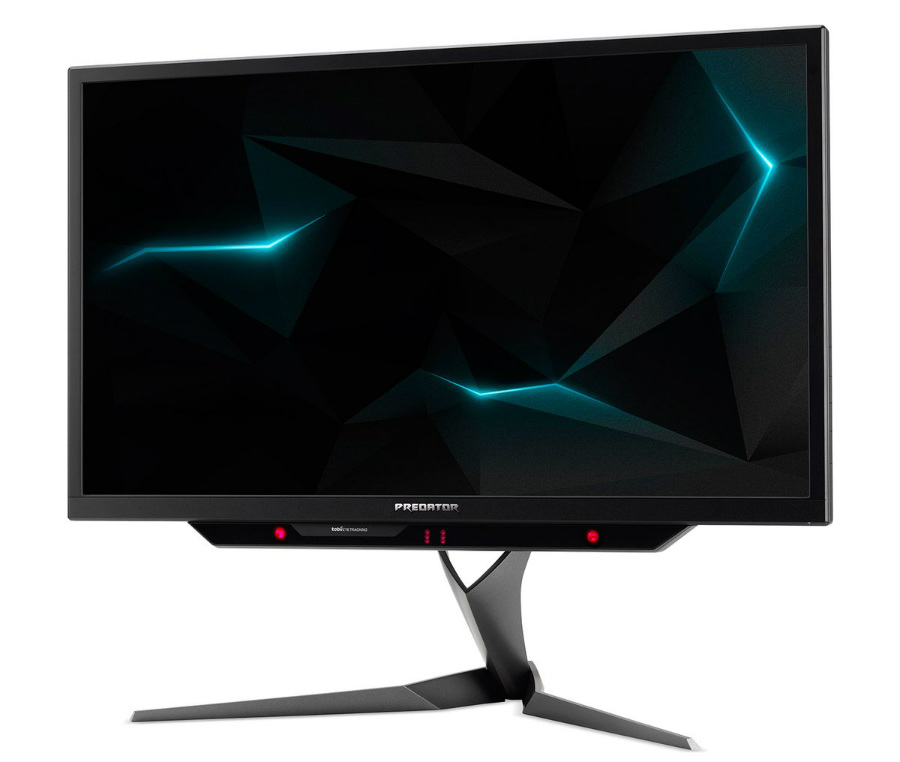 The Acer Predator X27 brings with it the dawn of 4K 144Hz gaming with its bleeding-edge specs and a capability long sought after by enthusiasts. Acer has been mum about details such as pricing and final specifications during the recent reveal at the [email protected] event, and more importantly, a fixed release date since they announced the strikingly similar Acer Predator XB272-HDR last January at CES 2017. The Acer Predator X27 is a killer as far as feature-packed gaming monitors are concerned, and here is a sneak peek of what is to come. 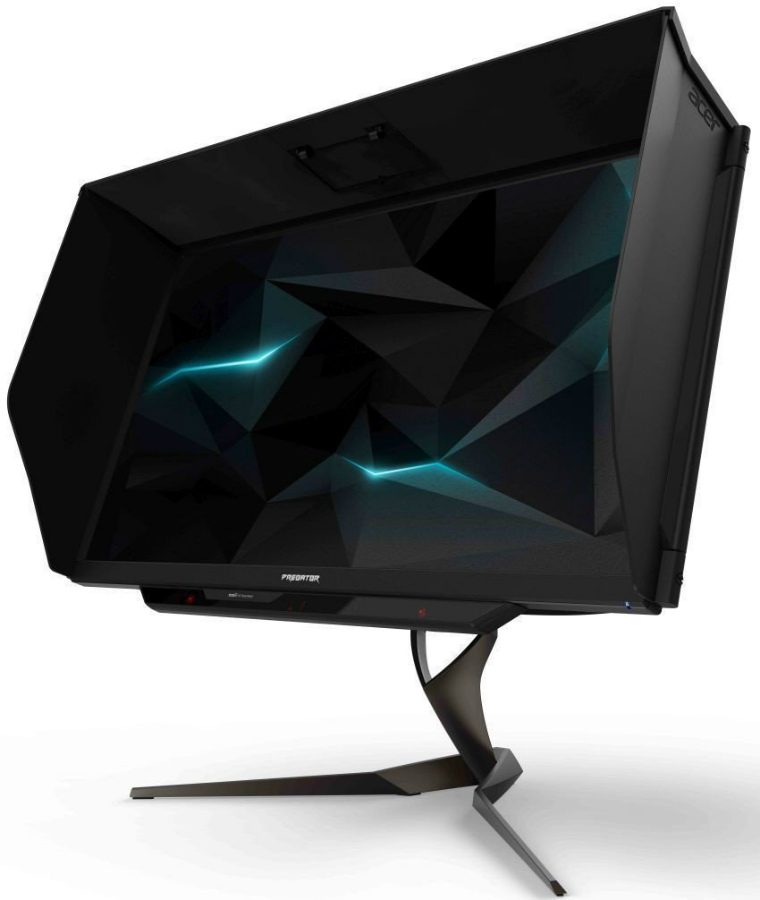 There is little information regarding the precise technical specifications of the Acer Predator X27. Acer drops their previous theme with overused design cues and instead goes for a sleek, all matte black exterior. The Predator X27 probably shares the same dimensions and weight with the Acer Predator XB271HU, if not a bit leaner in some parts thanks to a radically changed design on the stand.

Even if the Acer Predator X27 is set to change the landscape in the monitor market, disappointingly, it still has bezels. Although they are reasonably thin at best, the bottom strip includes a discretely placed Tobii Eye Tracking unit. What this gadget does is it tracks your eye movement to pan the in-game camera while looking around instead of the mouse. Its application in practice and how it performs is still in question, but it does make an already impressive gaming monitor much more so.

Even the rear panel now adopts a simpler design with only an engraved Acer logo and vent lines visible. The OSD joystick and buttons are located on the right side of the monitor, but another peculiar addition is the detachable “Calibration Hood” similar to the accessories found on the BenQ Zowie XL2540 and BenQ SW320.

Like other G-Sync equipped gaming monitors, we suspect that the Acer Predator X27 will share the known limitations in connectivity ports. The biggest change here is the all-new DisplayPort 1.4 receptacle which is the only type capable of handling the bandwidth necessary for 4K 144Hz. There are two USB 3.0 slots on preliminary images, and an HDMI 2.0 port hidden somewhere.

Prospective buyers should take note that currently, only the Nvidia GTX 1070, 1080, 1080Ti and Titan XP have DP 1.4, and you might need two to operate this beast at a consistently above 100FPS state.

Another Aspect we love about the Acer Predator X27 is its diamond cut sculpture of a stand which is both architecturally attractive, and refreshing at the same time. The boomerang shape is still there, but we like this one better for its sleekness and foreseen durability. The top of the mechanism now has a carry handle, and you will be able to raise, swivel and tilt the cabinet via the distinct articulation points.

The Acer Predator X27 boasts a 27-inch AHVA (Advanced Hyper-Viewing Angle) panel from AU Optronics with a resolution of 3840 x 2160 which is capable of refreshing at a rate of 144Hz. This combination will be the new high-end standard of PC gaming. This product will utilize Quantum Dot technology with 384 individually controlled backlighting zones to enable HDR10 and localized dimming for high brightness levels and excellent uniformity.

HDR requires at least 1000 cd/m2 of illumination, and Acer is saying that their latest creation is entirely capable of such. These specs will introduce a whole new meaning to the term contrast, but colors will also be outstanding since the Acer Predator X27 will have wide coverages of the Adobe RGB (99%) and DCI-P3 (96%) gamuts.

3840 x 2160 at 60Hz isn’t easy to begin with for most GPUs, let alone 100Hz or more. Currently, only the GTX 1080 Ti and Nvidia GTX Titan XP will allow entry into this exclusive arena, since both these cards have the necessary power and DP 1.4 slots. The lack of optimization in today’s hardware and drivers will still create stuttering and screen tearing, and thankfully, this model is G-Sync ready.

But the surprises won’t stop there, since owners will get to experience G-Sync HDR, one of the developments Nvidia announced at its presentation during CES 2017. We have yet to see its actual benefits, but it’s interesting to note that even DisplayPort 1.4 has an insufficient bandwidth for the Acer Predator X27’s greatness. Games at 4K 144Hz will be limited to 4:2:2 chroma subsampling, instead of 4:4:4.

Finally, the Acer Predator will still have Nvidia ULMB compatibility, a feature you can use if frames are abundant and you don’t need G-Sync. We suspect the tech will still find some use in helping to cure blurring and ghosting. Users can always expect these issues to manifest in VA panels, but we’re hoping and betting that the new and improved technologies in this fantastic product will somehow solve them.

The Acer Predator X27 is one of two game-changing products announced during CES 2017 last January. Acer back then did not release the specifics we are sharing now unlike Asus, who presented more details on the ROG Swift PG27UQ can do for its future owners, and we’re glad we are now in the light.

These specs bring tears to our eyes, but the real zinger here is the estimated price. Whispers among enthusiasts and other websites dictate that the Acer Predator X27 will sell for a minimum of $1500 to as much as over $2000. For the deep-pocketed, you can expect this model to arrive in Q3 this year if smooth sailing for both Acer and AU Optronics permits.

We think that the date is somehow accurate since AUO is set to mass produce the M270QAN02.2 AHVA panel used in the Acer Predator X27 this July.

Check Out the Promotional Video of the Acer Predator X27:

Search
NEW
POPULAR
You are here: Home / Reviews / Acer Predator X27 Preview – 4K 144Hz Gaming Monitor with G-Sync and Tobii Eye Tracking
This website uses cookies to improve your experience. We'll assume you're ok with this, but you can opt-out if you wish.Accept Read More
Privacy & Cookies Policy
Necessary Always Enabled
Share This