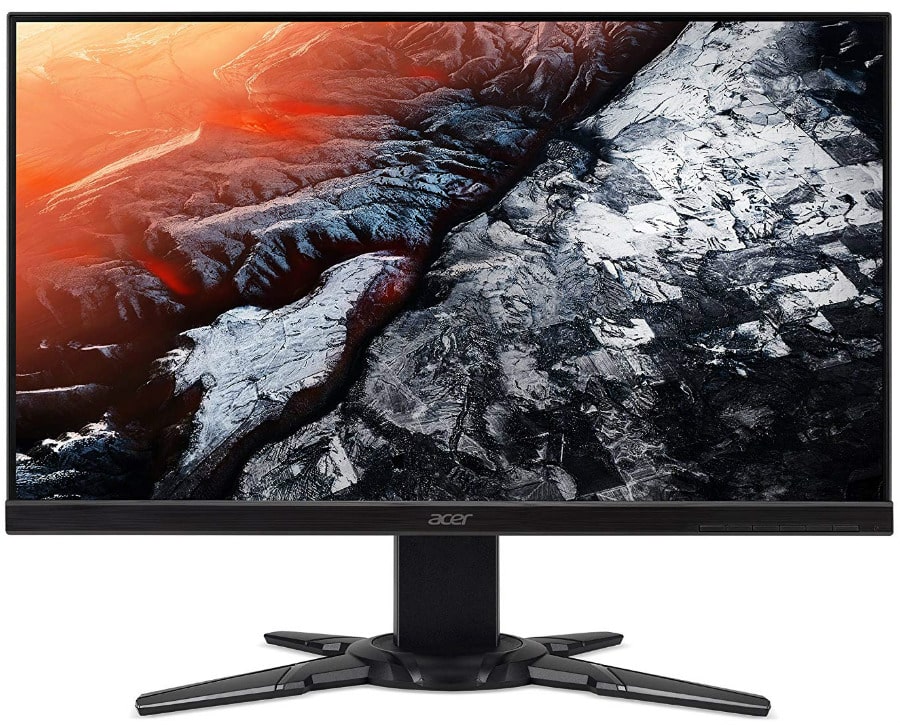 The Acer XF251Q is the perfect match for a budget-oriented gaming PC built for E-Sports titles such as Dota 2 and League of Legends. The onslaught of the brand’s latest releases such as the Acer X27 dictate that this 1080p model is outdated, but we can’t complain due to its incredible value. If you want a gaming monitor to match your affordable PC build, the Acer XF251Q could be the perfect match. 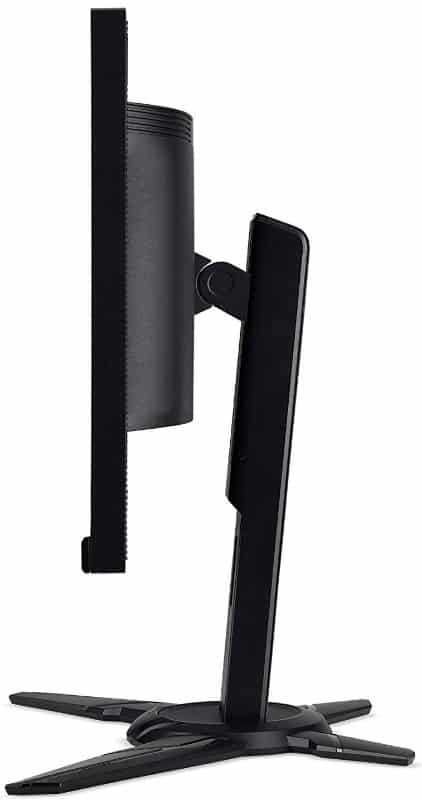 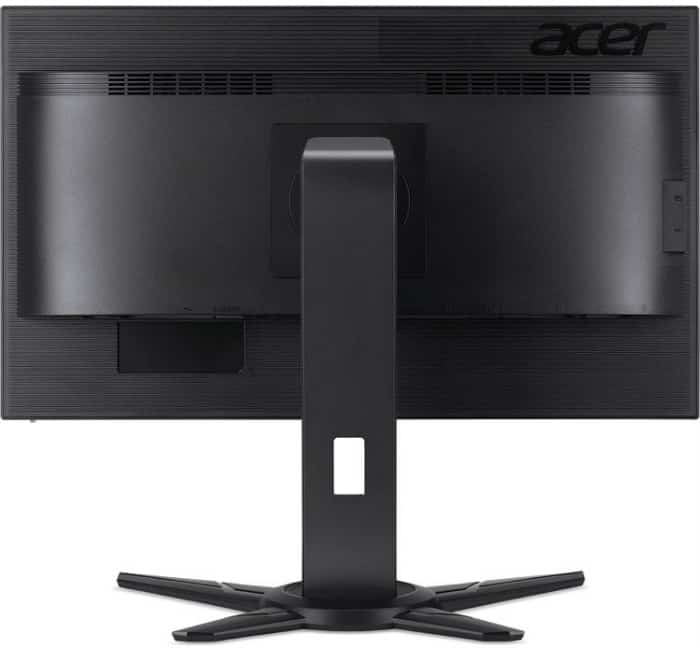 The Acer XF251Q sports a clean and simplified design which doesn’t forget its gaming-oriented nature. The monitor’s bits and pieces are finished in matte black with a mix of polished accents for a bit of contrast. The display is bezel-free on three sides thanks to a dual stage design which helps to maximize the viewing space.

The Acer XF251Q might as well fit into the Predator series due to its aesthetics, but it does belong to a lower tier. The device’s stand adopts a familiar x-shaped base we’ve seen on its high-end brethren. The mechanism provides tilt, swivel, pivot, and height adjustments, so perfecting the display’s poise should be as easy as peas.

Build quality for the Acer XF251Q is surprisingly brilliant since its comparable to the brand’s upper range of displays. There are no creaks or uneven seams, plus everything snaps into place snugly without a struggle. The base does take up a lot of desk space, but it provides fantastic stability to this medium-sized monitor.

One downside to the budget-oriented nature of the Acer XF251Q is it still uses OSD buttons instead of a joystick. The OSD in this model isn’t as sophisticated nor intuitive when compared to the Acer XB271HU’s so it might take some getting used to. At least, the OSD buttons below the bottom bezel are responsive enough and easy to use once you’ve memorized each one’s functions.

The I/O layout on the Acer XF251Q isn’t as modern as most devices since you only get dual HDMI 1.4 slots and a VGA connector for older systems. There are no USB receptacles in the device, but there might be a variant that includes at least two.

You also get a pair of 2-Watt speakers whose presence in the package is great for the price. However, 2 Watts isn’t powerful enough for music or movies, let alone gaming.

The Acer XF251Q includes a 25-inch TN panel with a 1920 x 1080 resolution, 75Hz refresh rate, and 1ms response time. A WLED backlight with a 250cd/m2 output supports the display which also has a 1000:1 typical static contrast ratio. The 75Hz refresh is a bit low for today’s standards, but it offers a degree of smoothness and responsiveness which makes the product perfect for MOBAs or RTS titles.

The color output of the Acer XF251Q isn’t impressive when checked with a colorimeter, but it’s decent enough for the product’s intended application. The TN panel is capable of 100% sRGB with slight extensions, while accuracy tops out at DeltaE 3.09. To be fair, that’s a respectable score for a TN monitor at this price range, and wanting something better will cost more.

The Acer XF251Q’s Gamma is also slightly off, sitting in between 2.3 and 2.4. We tried selecting through the monitor’s Gamma modes in the OSD, but the 2.2 setting is still the best option even if there is a slight penalty. Even so, gamers will like the extra murkiness which can sometimes make colors look richer.

But what’s exceedingly great about the Acer XF251Q is its WLED backlight that reaches 310cd/m2 at 100%, exceeding the specified 250cd/m2. Contrast is also excellent, reaching up to 1080:1 depending on the brightness level. This, combined with the color output above creates a vibrant image that’s almost comparable to IPS panels in the same price range.

Of course, the panel tech’s limitations are still existent in the Acer XF251Q such as the bad viewing angles. Color starts to shift if you swivel or tilt the display too far, so we recommend taking the time to find the best position possible.

But on the bright side, TN panels are less prone to bleeding or uniformity issues than IPS. We only observed deviations of around 10% from the center of the screen, meaning color loss, halo effects, or clouding will not be an issue. Frankly, this is the main reason we still consider TN displays to be fantastic for gaming purposes.

Another advantage of choosing TN monitors like the Acer XF251Q is that they are less prone to blurring. The monitor’s pixel response time is quick enough to avoid blurs and ghosting, except in a few circumstances in fast-paced games like CS:GO. Frankly, the limited refresh rate is the bigger factor here more than the latter.

The Acer XF251Q is a FreeSync-compatible monitor, making it a perfect pair for rigs with AMD GPUs. The range is a bit narrow at 55Hz to 75Hz, but you can’t expect wider limits with low refresh rate models.

Finally, the Acer XF251Q only manages an input lag score that averages around 16ms which isn’t bad for a budget display. E-Sports branded monitors are faster, but those models have twice the draw times due to the higher refresh. Your net’s latency is still the bigger concern when playing games on this affordable monitor.

Thoughts on the Acer XF251Q

The Acer XF251Q is certainly in the upper rankings of budget displays due to its excellent mix of features and a decent output. It’s difficult to find a similar-priced model that comes with a Predator-grade stand that’s flexible, plus a borderless aesthetic. We like how Acer played with their brand’s elements on this device to make it look less like a low-end product and more like their premium offerings.

The screen misses tighter accuracy, but its vibrancy and richness can be compared to IPS panels in the same price range. The monitor’s easy to run resolution and 75Hz refresh rate make it a perfect pair for budget rigs, even those equipped with APUs. The Acer XF251Q is an excellent choice if budget is limited but a decent performance and design are coveted.