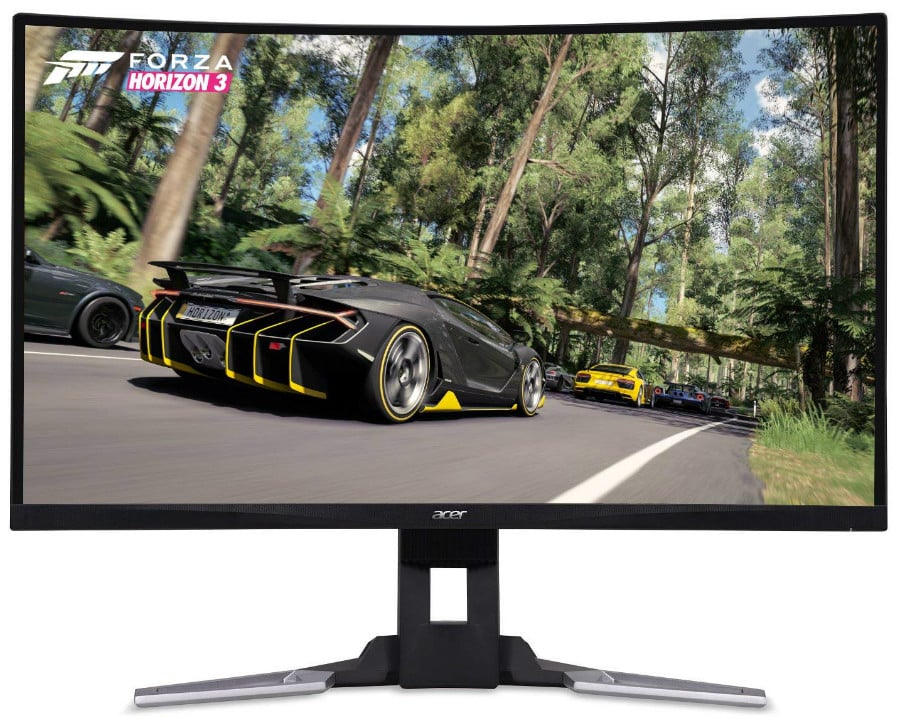 The new Acer XZ1 monitors aim to offer an upgrade to your gaming experience by providing a curved 1440p screen with a 144Hz refresh rate and HDR10 compatibility. There are two models in the range named the Acer XZ271U and the XZ321QU. The Acer XZ1 displays fit into the median price range to cover a wider audience which makes us wonder what kind of performance we can expect from these new models. 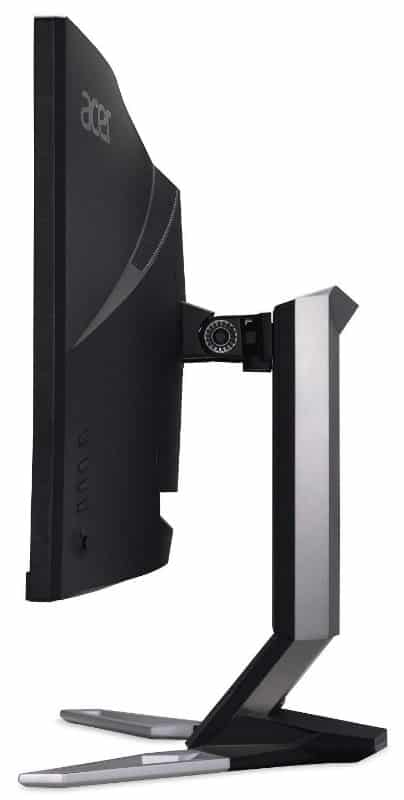 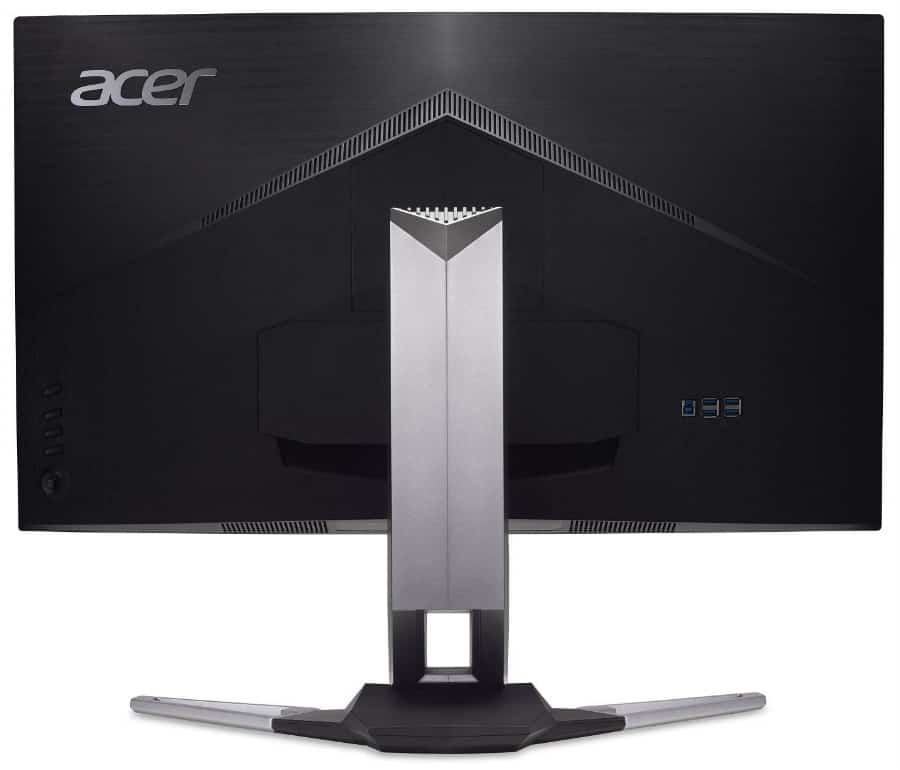 The Acer XZ1 monitors sport the Predator aesthetic treatment composed of aggressive angles and a matte black chassis. However, these two models belong to a separate group that’s poised to take the midrange gaming monitor segment. The units have silver accents in distinct spots such as the base feet instead of the usual red.

The brand still kept the three-sided borderless design for the Acer XZ1 series for a cleaner look. Take note that there still are minimal bezels on the top and sides which most probably is composed of the dual stage design. This makes the two monitors that have significantly lower prices ideal for multi-display setups that won’t cost as much as the monster rig powering them. 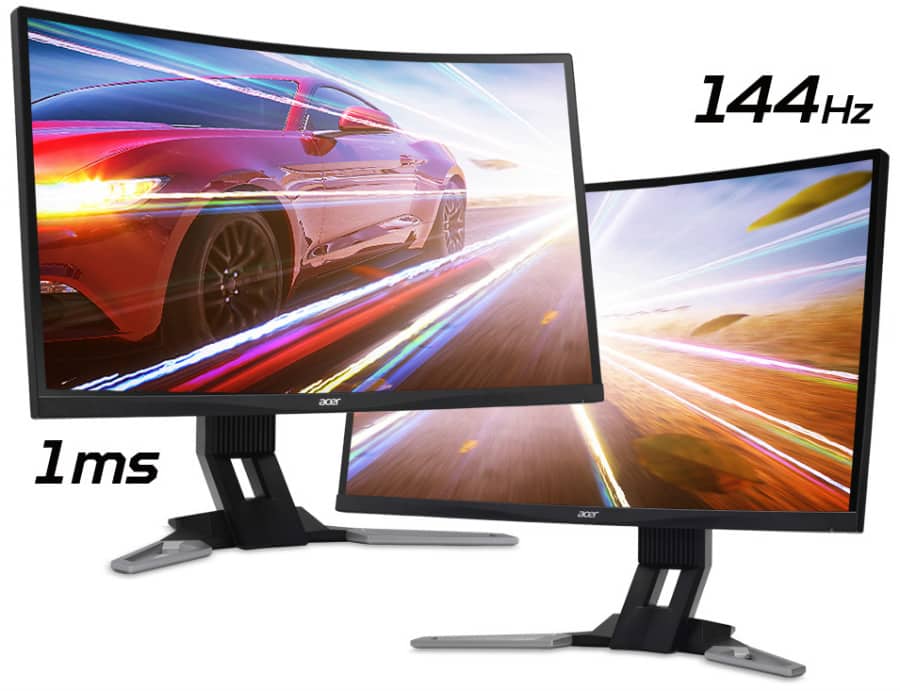 Both of the Acer XZ1monitors are supported by Predator-style stands that can tilt, swivel, and adjust the display height. Pivoting isn’t included because it is unnecessary for a curved display. Ergonomics is a key feature which we consider when rating monitors, because in all honesty, who wants a stiff display.

The Acer XZ271U and the Acer XZ321QU are both rich in features despite belonging to a lower tier on the brand’s gaming line. Both models have a superbly equipped I/O layout that includes DisplayPort 1.2 and a DP 1.2 mini, plus dual HDMI 2.0 slots. The layout makes these two a perfect match for a gaming PC and a console like the Xbox One X.

There are four USB 3.0 slots with the Acer XZ1 monitors which could run your accessories or even charge your mobile device. It’s also possible to wall mount the display since they are VESA compliant for compatibility with aftermarket armatures.

The products are then rounded off by a pair of 7-Watt speakers which will sound clearer and more powerful than typical built-ins. Acer has not specified any specialized tuning for the pair, but we consider improved speakers a valuable addition.

The Acer XZ1 monitors will sport a 27-inch ( XZ271U) and 32-inch (XZ321QU) VA panel with a 2560 x 1440 resolution, 144Hz refresh rate, and 4ms response time. The screens also come equipped with the 1ms MPRT feature, which is designed to boost the pixel response time to reduce blurring. Both products have an 1800 radius for improved immersion that doesn’t distort the image.

A 3000:1 contrast ratio is specified, which is typical for VA panels, but what drives us nuts is the lower backlight outputs. The Acer XZ271U will ship with a 250cd/m2 brightness while its bigger brother, the Acer XZ321QU, has a 300cd/m2 max output. Both monitors are advertised to be compatible with HDR10, but their WLEDs aren’t specified sufficiently.

The current standard for HDR monitors from VESA specifies that a product has to have at least a 400cd/m2 output (VESA HDR400). This matter requires testing, but we can conclude that Acer applied an emulated function for HDR10 compatibility. Factors such as compatibility and implementation come into play, so we can’t say for certain if HDR titles like Destiny 2 will look amazing instantly.

Both the Acer XZ271U and the XZ321QU are able to produce 85% of the NTSC color standard for extra vibrancy and fantastic saturation. This rating equates to a sRGB output that exceeds 100% for eye-popping visuals. This is another conundrum of the HDR10 compatibility promised by the monitors since HDR requires higher extensions.

One of the highlights of the Acer XZ1 monitors is the 1ms MPRT feature which aims to reduce blurring and ghosting. VA monitors are especially susceptible to these flaws, so having a working solution is valuable for fast-paced gaming. 1ms MPRT is another name for blur reduction features such as ULMB, where a monitor syncs the backlight’s blink with the refresh rate.

The two gaming monitors will also support AMD’s FreeSync technology with a functional range of 48Hz to 144Hz. If in case FPS drops below 48Hz, you can still rely on AMD’s LFC technology which will double the low frames to reduce tearing. Take note that FreeSync will not work with the 1ms MPRT feature which locks out several of the monitor’s functions.

Finally, the Acer XZ1 curved gaming monitors will include Acer’s Black Boost mode which is designed to maximize the deeper contrast of the VA panel. This add-on automatically adjusts brightness in darker images or scenes to increase visibility.

The Acer XZ1 series is a particularly interesting release because it combines a high refresh QHD screen with HDR10 compatibility and FreeSync. All of the recent releases for gamers that are HDR-ready have a 4K resolution which is quite expensive to run smoothly. Although these two monitors aren’t certified, we’re still interested and excited to do a hands-on test and review to check the performance.

What’s fantastic about the Acer XZ271U and the Acer XZ321QU is they are relatively easy to own. The two models quietly launched in Japan for $427 (XZ271U) and $490 (XZ321QU). They are now available for purchase via the links above and below at slightly higher costs ($527 and $549), but we’re sure the cost will lower once they launch in the US and the rest of the globe.

Search
NEW
POPULAR
You are here: Home / Reviews / Acer XZ1 Preview – QHD 144Hz Curved Gaming Monitors with HDR10 and FreeSync
This website uses cookies to improve your experience. We'll assume you're ok with this, but you can opt-out if you wish.Accept Read More
Privacy & Cookies Policy
Necessary Always Enabled
Share This