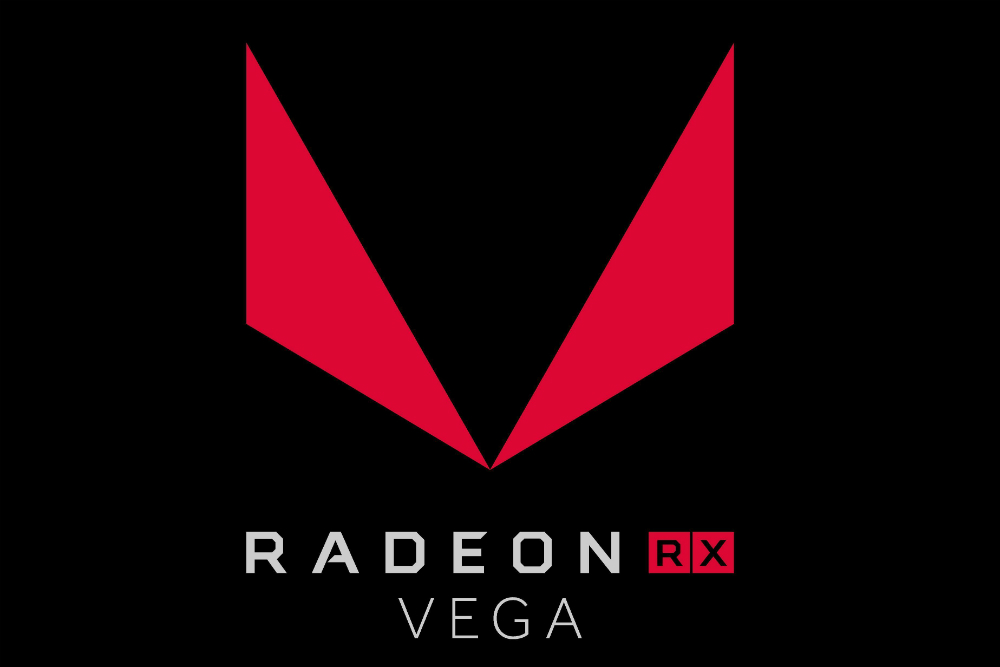 For a time, Nvidia held almost every chunk of market shares for high-end video cards lead by the 4K gaming beast, the Nvidia GTX 1080 Ti, to match today’s high-end resolution monitors. This left a lot of FreeSync display owners wanting for a capable GPU for the most demanding titles; with the last being the AMD Fury X which was released back in 2015. Starting at an incredible $400, AMD’s all new Radeon RX Vega architecture is set to challenge Nvidia’s domination and to bring back buttery smooth gaming to FreeSync owners who chose the VRR tech but are lacking a decently powered enthusiast card in their systems.

AMD is positioning the new Vega hardware to capture three high-end pricing segments of the market starting with the Radeon Vega 56 at $400, then followed by the Radeon Vega 64 at $500 and the Vega 64 Aqua (Liquid Edition) for possibly a hundred bucks more. There is a fourth variant called the Vega Nano made for ITX or mini PC enthusiasts, but pricing and specs are yet to be revealed. 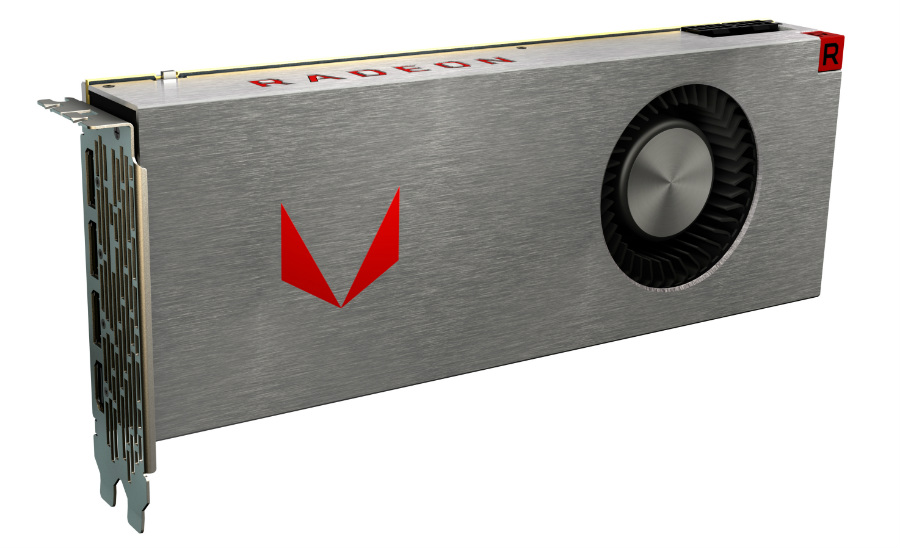 These prices are for the reference editions of the upcoming cards which will probably release first on August 14 of this year. Consumers should expect estimated increases of around $50 to $100 for AIB partner models, which includes popular variants like Asus Strix, Gigabyte Aorus, and MSI Twin Frozr. Configurations.

From our point of view, it doesn’t look like AMD is targeting the GTX 1080 Ti’s throne as the current top choice for high-resolution gaming. From the pricing alone, we can already pre-determine that the Vega 56 and Vega 64 will compete with the GTX 1070 and the GTX 1080 respectively. Although impossible unless proven by benchmarks, if the top variant reaches the $700 1080 Ti’s power category, these products will do so at a huge discount.

The statement above, however, does not mean we are disappointed in AMD’s projected capabilities and competitive targets. The GTX 1070 is one of the all-time best sellers for this generation, closely followed by the GTX 1080 when Nvidia slashed the pricing to give way to the 1080 Ti. If the AMD Vega 56 and Vega 64 come close or overtake these two best seller cards, it would be a huge victory for the company which has struggled to match its competitors for past few years. 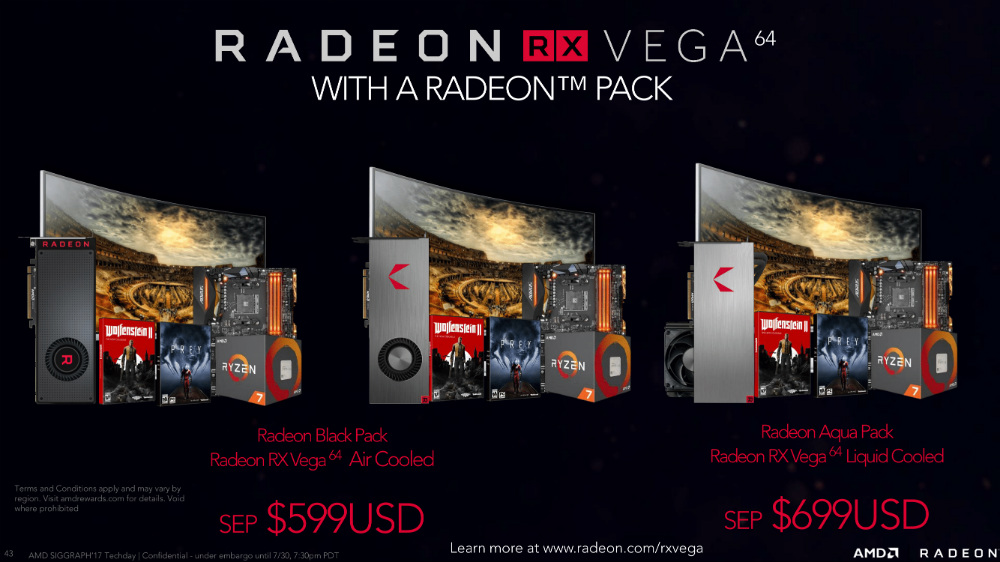 The pricing and the promise of vastly improved performance from the RX Vega 56 and RX Vega 64 is titillating at this point because previously we had nowhere to throw our hard earned cash except towards Nvidia for awesome graphic performance. AMD is sweetening the deal further by offering bundles for consumers looking to build a red team ecosystem based gaming RIG.

The upcoming Radeon Packs comes in three flavors as well with pricing set at $500 for the Vega 56 Red Pack, $600 for the Vega 64 Black Pack, and $700 for the Vega 64 Aqua pack. Within it, you get the corresponding RX Vega GPU, $200 discount off the Samsung CF791, a FreeSync enabled UW-QHD monitor and $100 off a Ryzen 7 CPU and motherboard bundle. Of course, to test your new gaming beast, you also get two AAA titles; Prey and the upcoming Wolfenstein II: The New Colossus.

The Vega 56 will come with a black shroud while the two higher packages have the option for a limited edition silver cover as shown in the pictures. There is no confirmation where the bundles will become available, but the packages are confirmed for major markets including the US, Canada, Australia, and Singapore. Don’t worry though, because nothing is final and we are sure AMD will not leave the rest of the red team members around the globe out.

Of course, you can opt out of buying the discounted monitor, CPU, and motherboard if you already have a high-powered rig waiting for an RX Vega GPU. If you decide to go this route, you still get the two free games which are still a good deal for a few more bucks. The company placed this selling method not only to help spread and move the new hardware but to ward off the hoarders who use GPUs for Crypto Currency Mining.

It’s satisfying to know that we are within two weeks of finally seeing what Radeon RX Vega GPUs can do for the enthusiast and competitive gaming, plus the end of “Wait for Vega” memes on the web. Although we are unsure as to how these new cards will compete against the dominant Nvidia Pascal cards, the pricing and the promised performance should offer you guys with a mighty alternative.

FreeSync monitor owners who are left with the midrange bracketed RX 400, and RX 500 cards can hopefully rejoice in gaining true 2K and 4K capable enthusiast cards. Some of the best gaming display models the industry has conceived are FreeSync equipped, and we hope to see owners satisfied with buttery-smooth graphics at high or ultra settings.