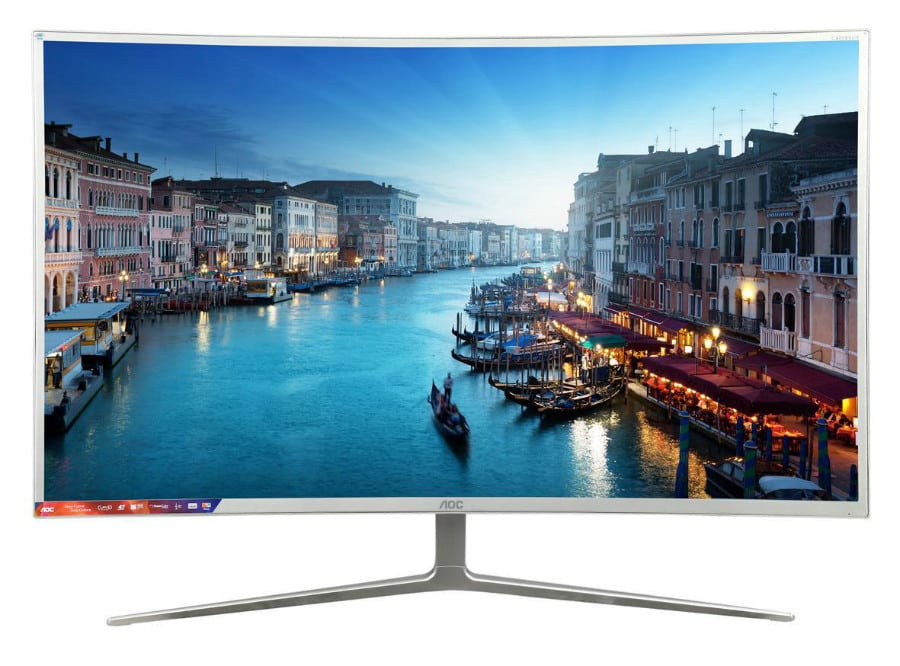 v. This monitor aims to fill the void between computer displays and commercial TVs for those who want a larger view without dealing with latency and connectivity limitations on the latter. The AOC C4008VU8 and its midrange-like pricing for upsized designer UHD displays is an excellent choice for practical shoppers, so it should be interesting to check out its dollar per performance ratio. 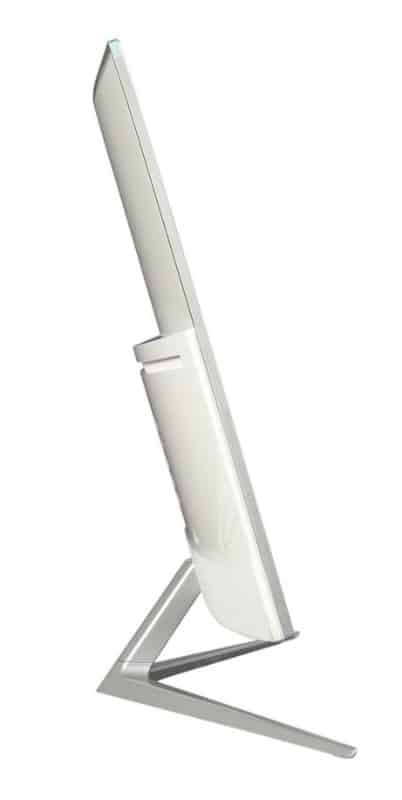 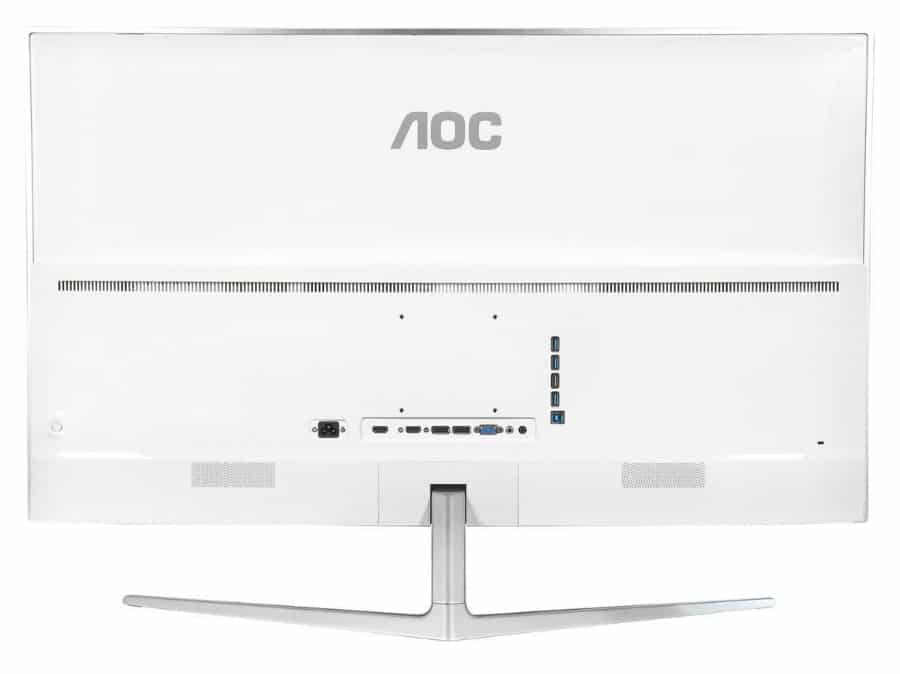 The gigantic AOC C4008VU8 features an all-white minimalist design that appeals more towards designer tastes. Even the included cables are matte-white to match the device, although the rubber insulation could catch dust and grime over time. The face is mostly bezel-free and you will only see minimal plastic borders on the corners for an undisturbed view of images in UHD.

This model has a 1800r curvature which most think would reduce its actual size, but the AOC C4008VU8 is almost the same size as a regular TV, if not larger. The proportions of other angles are modest as well including the thickness of the cabinet since the bulge is minimal at best. What’s great about this part of the monitor is it already includes the power brick internally, so you won’t have to deal with a clunky plastic box when setting up.

The I/O panel on the back of the AOC C4008VU8 is readily visible and accessible since all ports are positioned horizontally. The layout includes two DisplayPort 1.2s, HDMI 1.4 and 2.0 ports, a VGA slot, and five USB 3.0 receptacles stacked horizontally. The product already offers more connectors than you will ever need, but the only issue we see is the messy cabling if you use multiple slots.

The whole device is hinged to a Y-shaped stand which is stable and reliable despite our worries regarding the design. The biggest downside here is that the AOC C4008VU8 is a tilt-only monitor, whereas it could use height adjustments since it stands quite tall. You will need to adjust your computer chair or use a shorter desk if in case the posture gets uncomfortable.

You will also find a multi-directional joystick on the lower corner for easy OSD navigation, which is a massive plus for monitors which would require regular tinkering with the settings. There is also a pair of 5-watt speakers which are pretty decent for built-ins, but lack the necessary power for pulse-pounding gaming and movie audio.

The AOC C4008VU8 features a 40-inch VA panel with a gorgeous 3840 x 2160 resolution, 60Hz refresh rate, 5ms response time, and 4000:1 contrast ratio. The latter, along with the 10-bit color interface enables excellent vibrancy which you can instantly witness when you turn on the screen. Grayscale and gamma performance by default is also superb, although there is a slight blue tinge that you can easily correct by toning down the contrast control.

Gamut coverage is comprehensive since the AOC C4008VU8 puts out 115% sRGB or nearly 80% of Adobe RGB. Accuracy is equally impressive at a Delta E of only 2.25 out of the box which you can further improve to 2.15 with the help of a colorimeter. We honestly think most would do fine with little tweaks to the RGB temps to reduce the warmth or coolness of the output.

The contrast ratio for the AOC C4008VU8 reaches 4100:1 on average which is quite rare since most monitors never reach the full specification. One downfall is that this device only reached 270cd/m2 in our tests, which simply means there is less headroom if you want to use the Uniformity Compensation feature. Once activated, the contrast will drop to 2300:1 while the maximum backlight level drops to 110 cd/m2 which is unacceptable for most uses.

The panel uniformity for the device only displayed a maximum deviance of 6% from the center, so there was minimal color skew in the different quadrants of the screen. Due to this result, there is entirely no reason for anyone to use the UC option in the OSD. Gathering these scores tells us that the AOC C4008VU8 is very much suitable for productivity, but its form and resolution also makes it enticing for gamers.

The connectivity allows users to attach multiple host devices including a 4K console like the PS4 Pro, but there are a few points that may dismay the gamer crowd. For starters, FreeSync, which is sorely needed on 4K monitors, is absent so you won’t have a solution against stuttering and tearing. We hope that in future iterations, AOC doesn’t fail to include this vital feature for those who don’t have meaty GPUs.

Input lag is within acceptable limits at 15ms, so unless you are the sensitive type, you won’t have issues playing on a console or gaming PC with the AOC C4008VU8. We did not feel any delays in Destiny 2 during crucible matches, although our experience with faster, gamer-specific models is immediately apparent. The glaring defect, however, is that the VA screen isn’t fast enough to avoid producing interlacing and ghosting which ruins the image reproduction capabilities of this model.

The AOC C4008VU8 scored admirably in color fidelity and contrast tests which dictates that this device is well-suited if you work using sRGB formats. Adobe RGB users will have to look to more expensive options which are usually smaller but better equipped ergonomically. Gaming on the other hand, suffered from the lack of Adaptive-Sync and the slow pixel transition time which gave birth to ghosting and blurring in fast-paced action.

We can say that the AOC C4008VU8 is a reasonable option if you want a single device as a TV for movies and console gaming and a monitor for productivity and PC gaming. The product is well-equipped in the features department and is tastefully designed, but the gaming performance isn’t what we expected. For the price, we wish this model’s performance is balanced for all uses, and we hope that AOC will polish the next version further.