Asus ROG made a splash during its press event at this year’s Computex showcase where the latest tech is announced or put on display. The popular brand has revealed several new products which include gaming and professional monitors among its other PC components and gadgets. Here is a break down of the Asus gear we’re dying to test out:

The Asus VG49V is one of the soon to be additions to the brand’s ROG line up of displays which include current favorites like the PG278QR and the MG28UQ. What makes this model unique is its 49-inch Display with an eye-popping 3840 x 1080 resolution and a 32:9 aspect ratio. The DFHD screen can also go up to 144Hz and is augmented with AMD’s FreeSync technology.

We’ve seen this formula first on Samsung’s C49HG90 which will soon see a QHD and professional version. This gaming monitor is well-suited for immersion enthusiasts, but professionals will also get mileage due to the extra screen real- estate. The Asus VG49V will include a redesigned helix stand plus DisplayPort 1.2 and dual HDMI 2.0 slots for your devices. 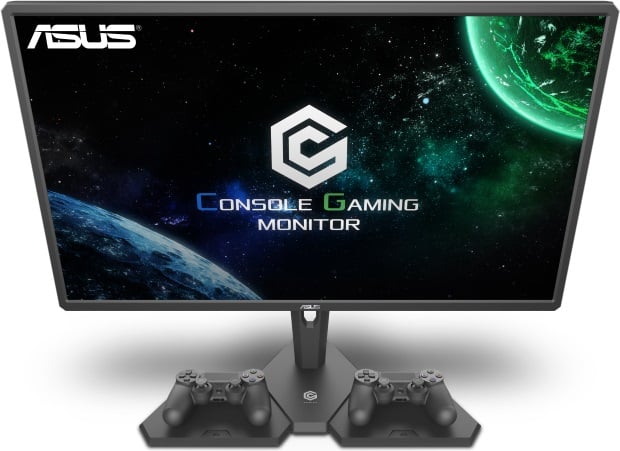 Asus has finally  announced a worthy display for modern 4K consoles like the Xbox One X and PS4 Pro in the form of the 32-inch Asus CG32UQ. This new console gaming display improves on the Asus VG245H by offering a 4K UHD display whose size sits perfectly between a monitor and an LCD TV. The monitor also comes with highly-sought after specs such as HDR10 and FreeSync.

The Asus CG32UQ is designed to be an all-around replacement for your typical living room flat screen. This offering can handle a wide range of media playback from the likes of Netflix, plus it can be connected to a soundbar for the best entertainment experience. 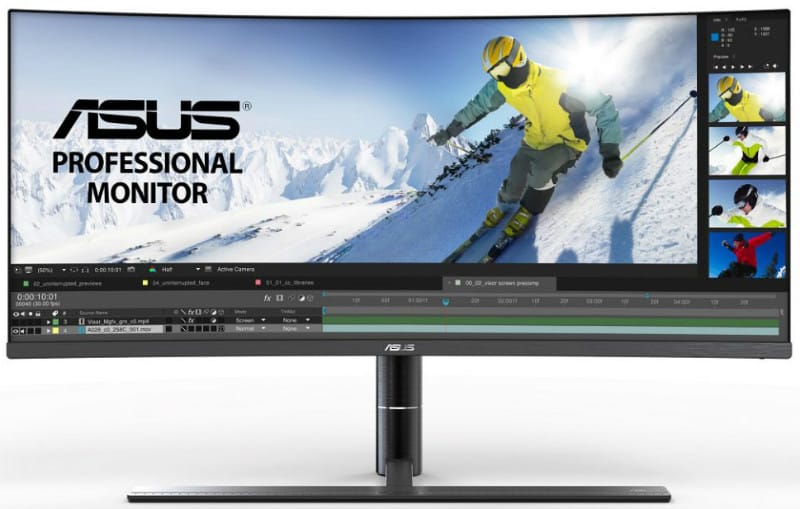 The Asus ProArt PA34V is the latest evolution in the professional series of monitors from the brand. The 34-inch screen boasts a 3440 x 1440 resolution with a 100Hz refresh rate, which is identical to what the Asus PG348Q can do. But to make editors and photographers happy, Asus will apply their ProArt Calibration tech right out of the factory with a quality guarantee.

The Asus ProArt PA34V is perfect for meticulous designers who want an accurate screen with enough space for multi-tasking. The monitor will ship with an awe-inspiring list of connectivity options which include two Thunderbolt 3 ports. Power users can utilize the monitor as an all in one by allotting DisplayPort for a gaming PC and attach a business or designer laptop like a MacBook to the USB-C slot.

The Asus ROG Ryuo and Ryujin are AIOs designed to compete with the likes of NZXT’s Krakens and Corsair’s H-series coolers. Both variants will arrive in 240mm dual fan and 360mm triple can configurations which enables the devices to cater to wider audiences with varying PC building needs. The two models have different aesthetics, but both will include color OLEDs which can display custom logos or system stats.

Both products are Aura Sync compatible via the individually addressable LEDs on the pump cover so that you can build a unified ROG RGB ecosystem in your rig. What sets the Ryujin from the Ryuo is it includes Noctua PPC fans instead of ROG-designed variants on the latter. The flexible tubing on both models will come with reinforced sleeves for durability and reliability in the long run. 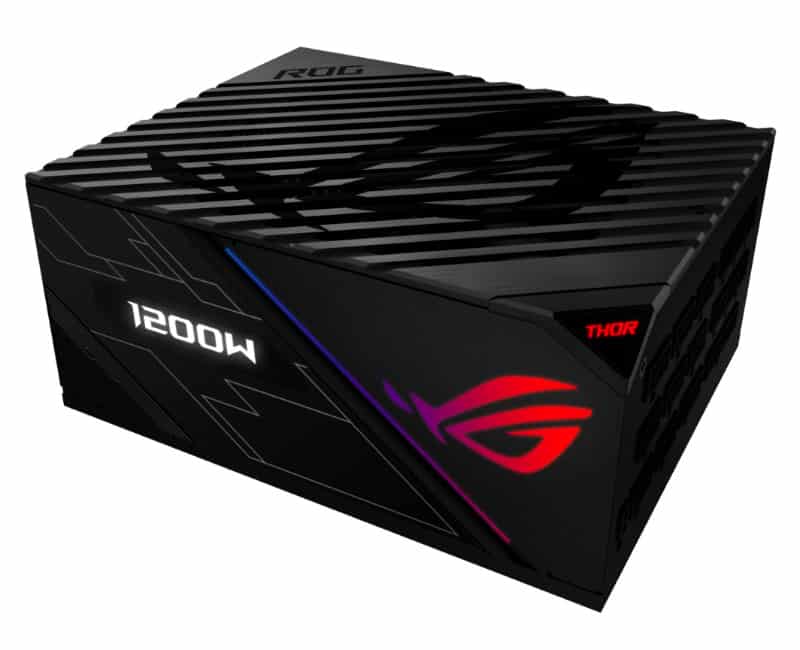 The Asus ROG Thor is a monstrous 1200w power supply unit with specs designed to tickle the fancy of gaming enthusiasts. PSU giant Seasonic is responsible for the PSU’s innards, giving the product its 80 Plus Platinum efficiency rating for reliable power delivery. To keep the massive device cool, Asus is adding in a distinct thermal solution composed of a dustproof IP5X wing-blade fan and a ROG heatsink.

Aside from the distinct ROG treatment which includes Aura Sync RGB LEDs, what makes the Asus ROG Thor unique is its OLED display on the side. This feature isn’t for decorative purposes, but instead, it provides real-time readouts of your power draw or wattage. This solves the perennial dilemma of wanting to know how much power your gaming rig draws from the socket.\ 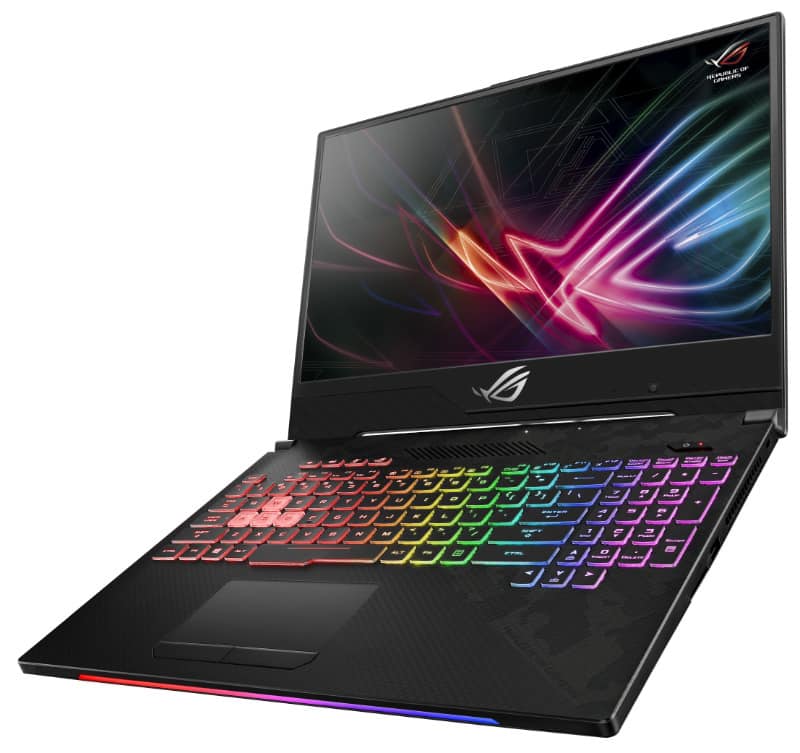 The Asus ROG Strix Hero II and Scar II are updated versions of two of the most popular gaming laptops from last year. The Hero II is themed for RPGs and MOBAs while the Scar II focuses on FPS gamers. However, these are merely design distinctions since both have 144Hz IPS panels with 3ms response times, extra thin bezels, and the best internals you could get in a slim laptop. 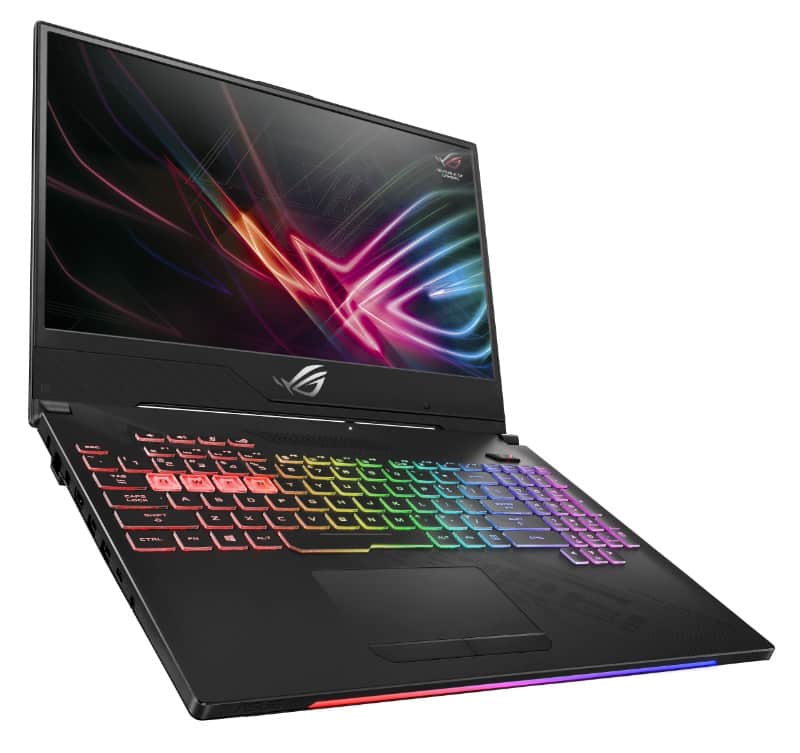 Both models will include i7 8750H Intel Coffee Lake processors and up to a GTX 1070 GPU. The Asus ROG Strix Hero II and Scar II will also include the brand’s HyperCool Pro thermal technology to help the system provide every ounce of computing power without throttling to the screen. But the best part is probably the mini DP slots on both laptops which supports G-Sync and up to a 4K 75Hz output.

Editor’s Note: Asus did not release pricing and release dates for these awesome gadgets, but rest assured that we will share the news when they become avaialable. Keep watching this space if you want to learn more in the future!