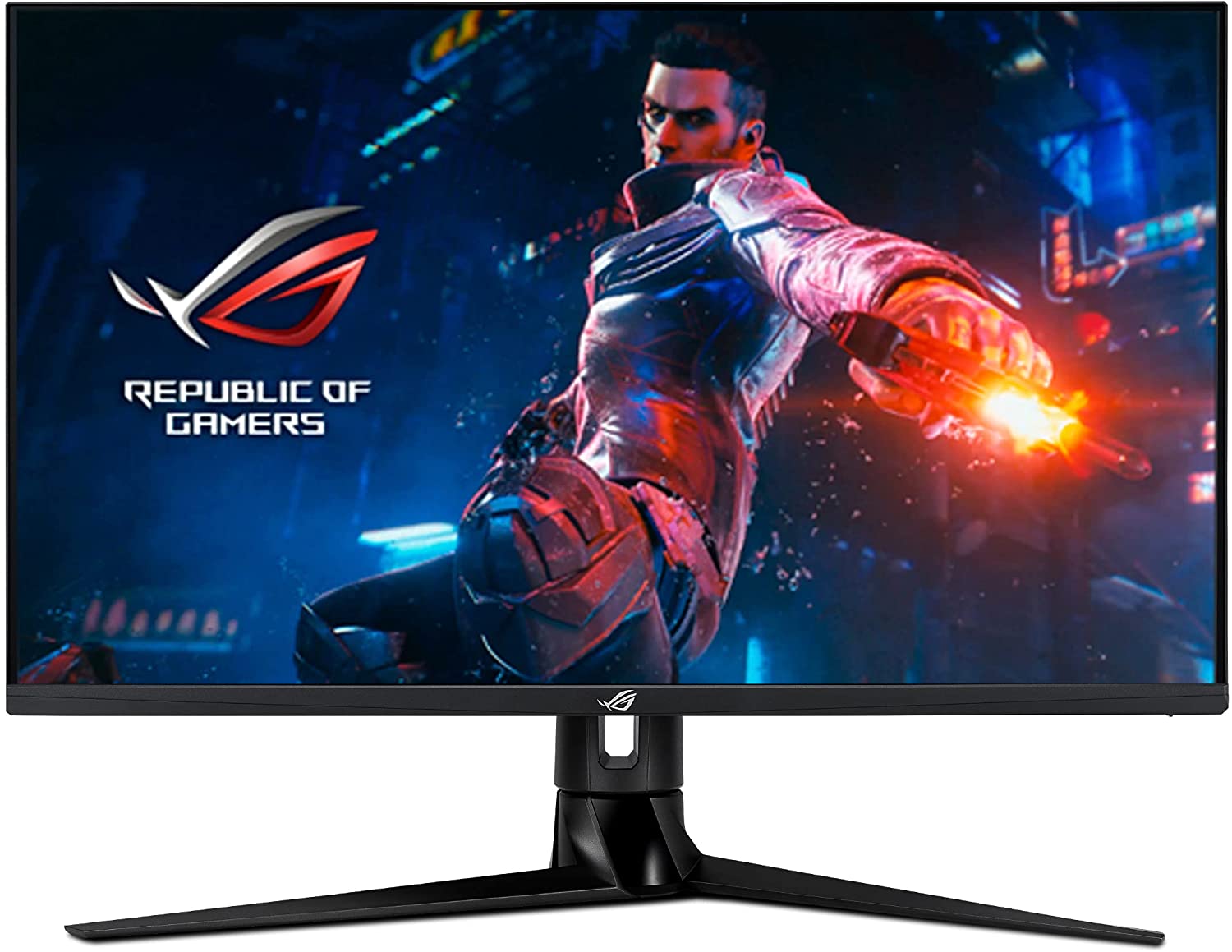 The Asus PG32UQ is a very attractive monitor for both PC and console gamers thanks to its incredible specifications. It has a desirable 4K 144Hz panel that can be overclocked to 155Hz, plus it has HDMI 2.1 connectivity which unlocks 4K 120Hz or the PS5 and Xbox Series X. The Asus PG32UQ isn’t going to be cheap, but let’s check it out to see if it’s a worthy investment. 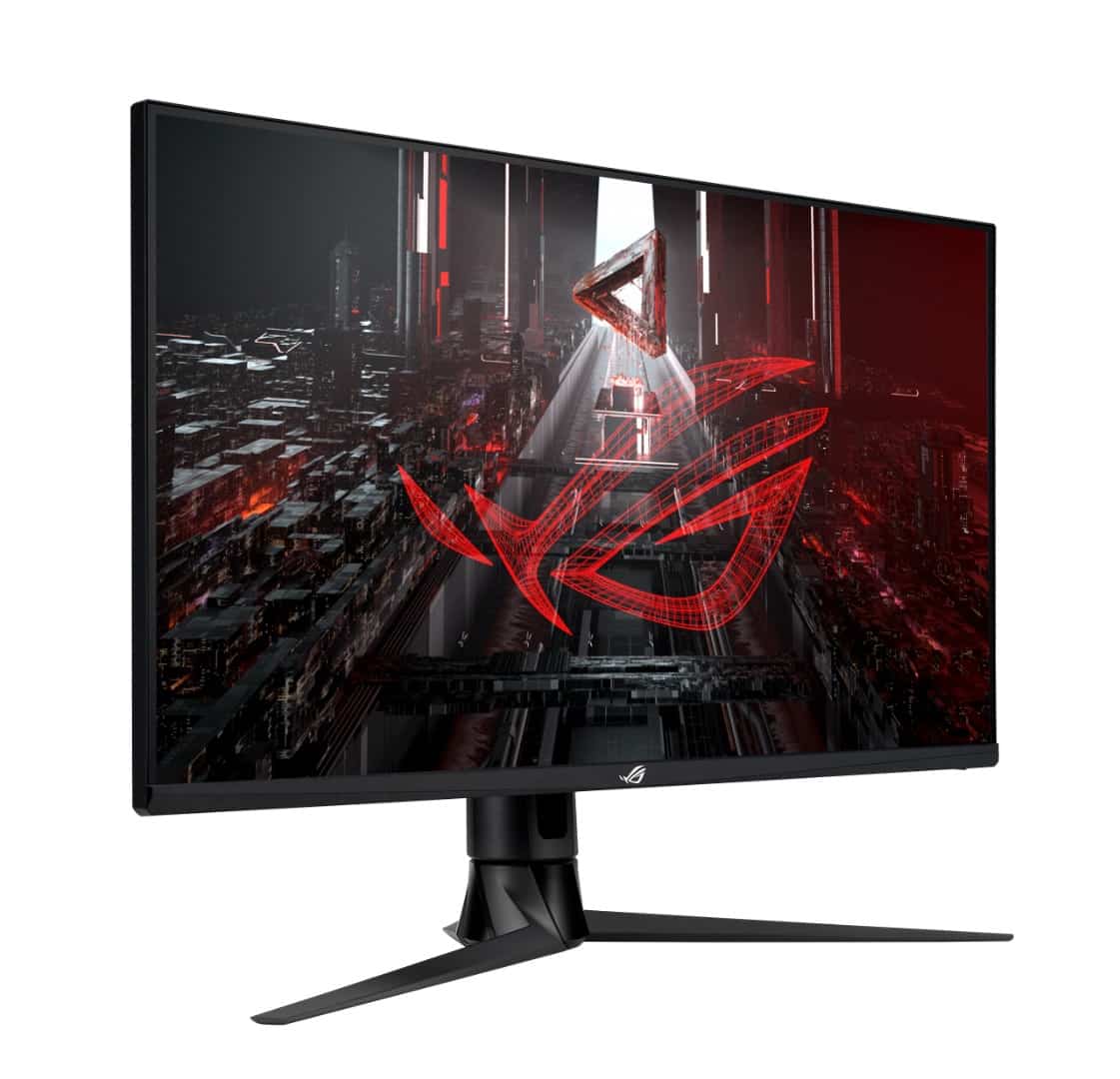 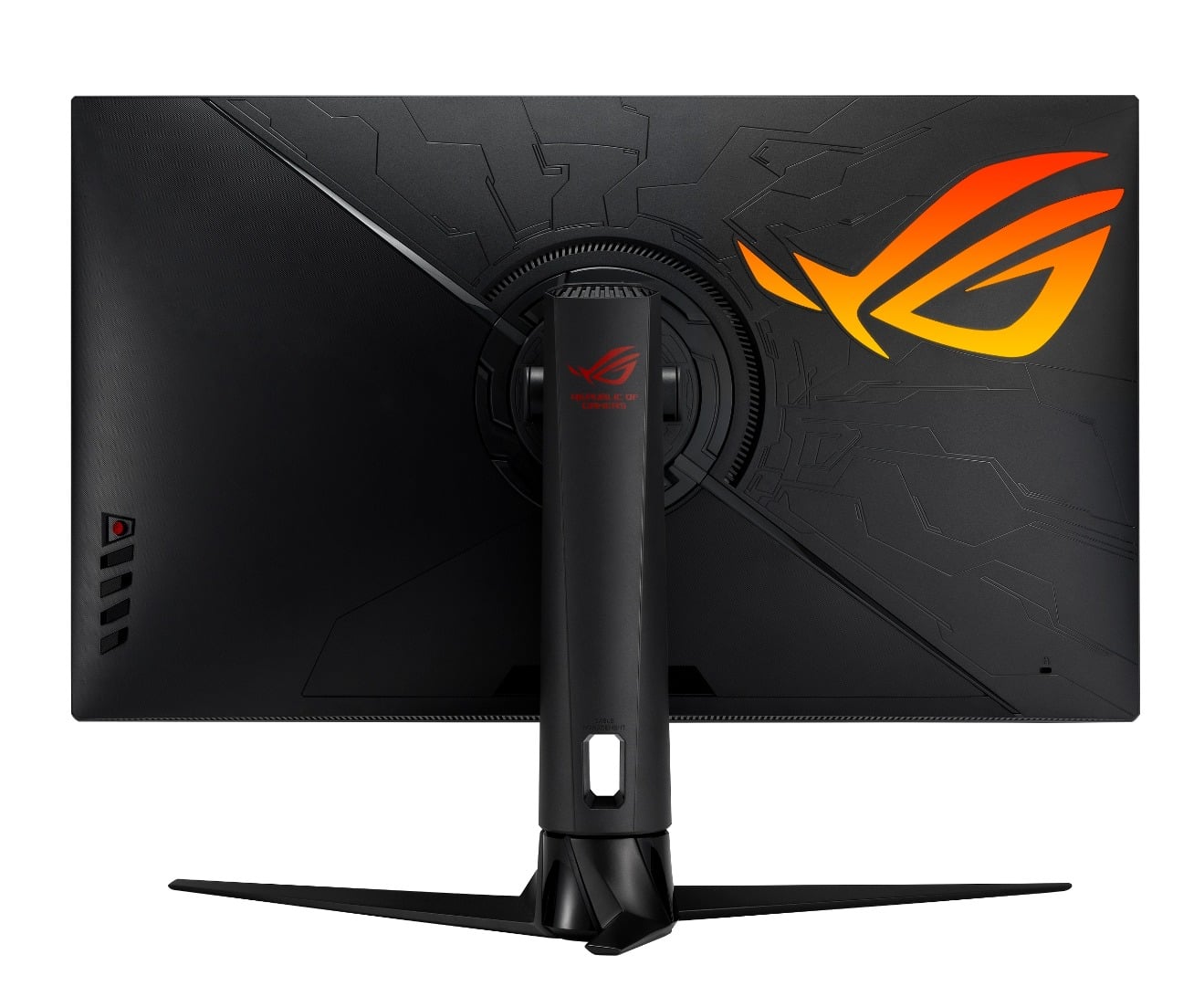 The Asus PG32UQ sports more or less the same aesthetic as the other ROG Swift monitors, but with some minor differences.  The device has a matte black chassis, but what’s great about this model is it doesn’t have flashy orange accents anymore. The display is bezel-free on three sides, making the screen look bigger than it actually is.

32-inch monitors are big, and it doesn’t help that the PG32UQ’s stand is oversized to create both its aesthetic and functional appeal. However, you have to take note that it’s almost a foot deep and weighs over 20 pounds. Checking your desk or setup first to see if it can fit is necessary so you don’t end up buying more new stuff during the upgrade.

Its build quality is unquestionably good just like with any Asus gaming monitor we’ve come across in recent years. The plastics are thick and durable, so they won’t flex or crack easily even if reasonable force is applied. The stand is firm and stable so gamers don’t have to worry about it suddenly sagging or shaking in the heat of battle.

The Asus PG32UQ also has the distinct RGB eye logo at the back which adds a nice glow to your setup. However, it’s not bright enough for ambient or bias lighting, so you’d have to turn off the light to see its output. It can be synced with the brand’s Asus Aura ecosystem, but this model doesn’t have the logo projector like the PG32UQX.

Another standard feature you’ll find on the Asus gaming monitors is an OSD joystick that’s flanked by hotkeys for its features. Other premium monitors have remotes and software functionality, but this design is enough for most users. it is easy to get used to plus it’s quick and painless, so beginners and veterans alike won’t have issues with it.

The stand included with the Asus PG32UQ offers tilt, swivel, and height adjustments for your comfort and convenience. You can’t pivot the screen, although that’s okay since using this flagship monitor as a portrait display doesn’t make sense. You can use VESA mounts, but it is only necessary if you have multiple screens or if your desk space is limited.

What makes the Asus PG32UQ special and better in some aspects compared to the PG32UQX is its connectivity layout. You get a standard DisplayPort 1.4 DSC slot for the maximum refresh rate, along with two HDMI 2.1 ports for 4K 120Hz operation with the PS5 and Xbox Series X. You also get two USB 3.0 ports and a standard 3.5mm jack for your headphones.

The Asus PG32UQ also has a pair of 5-watt speakers that are more powerful than what other ROG monitors include. They can be used for movies and some background music, but they can’t provide the immersion and thumping power of a full set or even headsets. This matters less since gamers will prefer the latter, but it’s always nice to have extras included in a premium package.

The Asus PG32UQ boasts a 32-inch IPS panel with a 3840 x 2160 resolution, a 144Hz refresh rate, and a 1ms boosted response time. The backlight has a typical 450 cd/m2 output and a 600 cd/m2 peak, while the contrast ratio is listed at 1000:1 like most IPS panels. This model is an HDR 600 variant which is slightly better, but not comparable in HDR performance compared to the PG32UQX.

4K is much better on a 32-inch screen since it isn’t too sharp or crisp like the 27-inch variants. You can still appreciate the benefits of the extra pixels, but it’s less of a pain to read walls of text or browse through web pages. You don’t lose much when it comes to details in games and movies, so it’s a win-win for users.

The Asus PG32UQ renders 100% sRGB and around 97% DCI-P3, resulting in astounding vibrancy. However, color accuracy is all over the place due to this with a deltaE average of 4.67 which is too high for most standards. The screen doesn’t look bad, but its noticeably oversaturated in some shades and scenes.

Calibrating it with a colorimeter reduced the deltaE average to 0.67 which is what you could get from a prosumer display. It also has an sRGB filter which limits the sRGB coverage to 97% and an accuracy average of 1.09. Most gamers won’t mind these results, but enthusiasts should get a colorimeter for the best possible accuracy.

The Asus PG32UQ reached 440 cd/m2 in SDR and 645 cd/m2 in SDR to fulfill its HDR 600 certification. However, its contrast is unimpressive since it only managed to reach 1057:1 since it doesn’t have an effective local dimming feature. The contrast expands with the backlight, but the limitations are clear with this model when compared to the PG32UQX.

Panel uniformity for the Asus PG32UQ is excellent since there are no backlight leaks or clouding issues on the screen. There were some deviances in the backlight’s spread, but it was too little to notice unless you scrutinize it with a colorimeter. Note that this can vary between every monitor due to tolerances, so there are worse units out there.

The most surprising weakness of the Asus PG32UQ is its pixel response time which wasn’t as fast as comparable models. its prone to some blurring, but it can somehow be alleviated by using the 4th level of its overshoot. It adds some overshoot, but it’s a decent compromise if the blurring disturbs your visuals while gaming.

The Asus PG32UQ is a G-Sync monitor, but it is also compatible with FreeSync so you won’t lose VRR if you are using an AMD GPU. This is vital since GPUs aren’t readily available in some cases, plus you won’t be stuck with one brand while upgrading. Input lag sits at 4ms at 155Hz, so there is no need to worry about delays while gaming.

Thoughts on the Asus PG32UQ

The Asus PG32UQ is a great monitor all around, but it does have a few weaknesses that you might want to consider. It works great for both PC and console gaming, plus it’s capable of eye-popping vibrancy if you don’t mind some inaccuracies. It’s a very bright monitor as well, but its lack of effective local dimming puts it a step back against the PG32UQX in HDR performance.

However, the most disappointing characteristic of the Asus PG32UQ is its response time which isn’t appropriate in today’s market. Fast IPS panels are now common, and we’d like to think that the brand uses the best it can get for its flagship models. it’s a very nice monitor, but we’d wait for a refresh that could possibly iron out these issues.