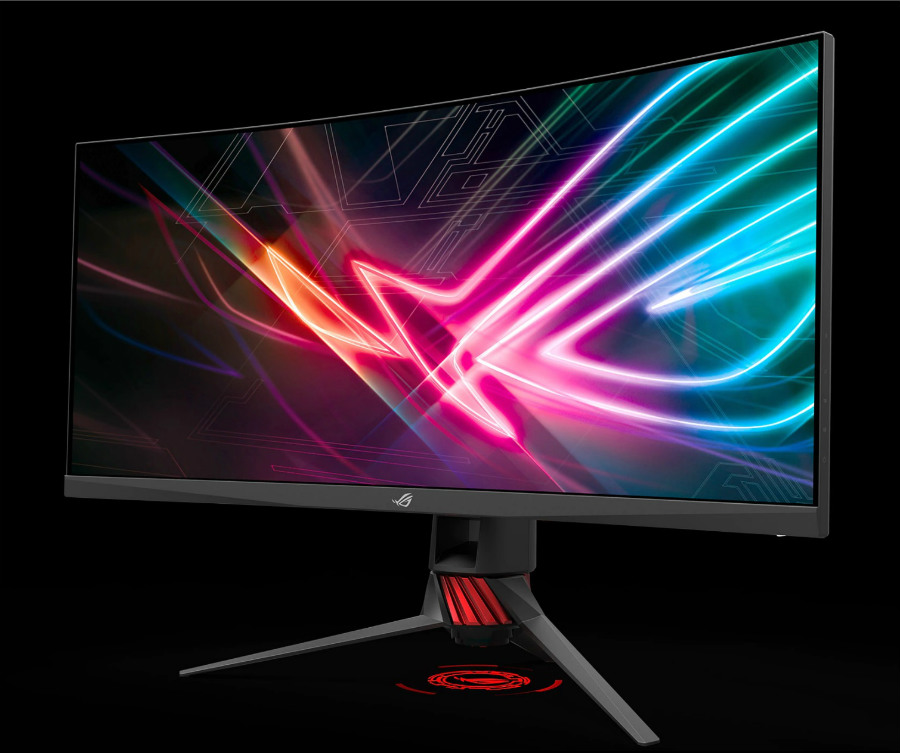 The Asus ROG Strix XG35VQ offers stunning and immersive visuals with the help of a 100Hz refresh rate and superb imaging performance. This upcoming product will represent AMD users in the ultrawide segment since its FreeSync functionality makes it a great choice for the new Vega GPUs. The Asus ROG Strix XG35VQ is a brilliant new addition to an already excellent portfolio of gaming monitors and the corner of the market where high-speed ultrawides with FreeSync are few and far in between. 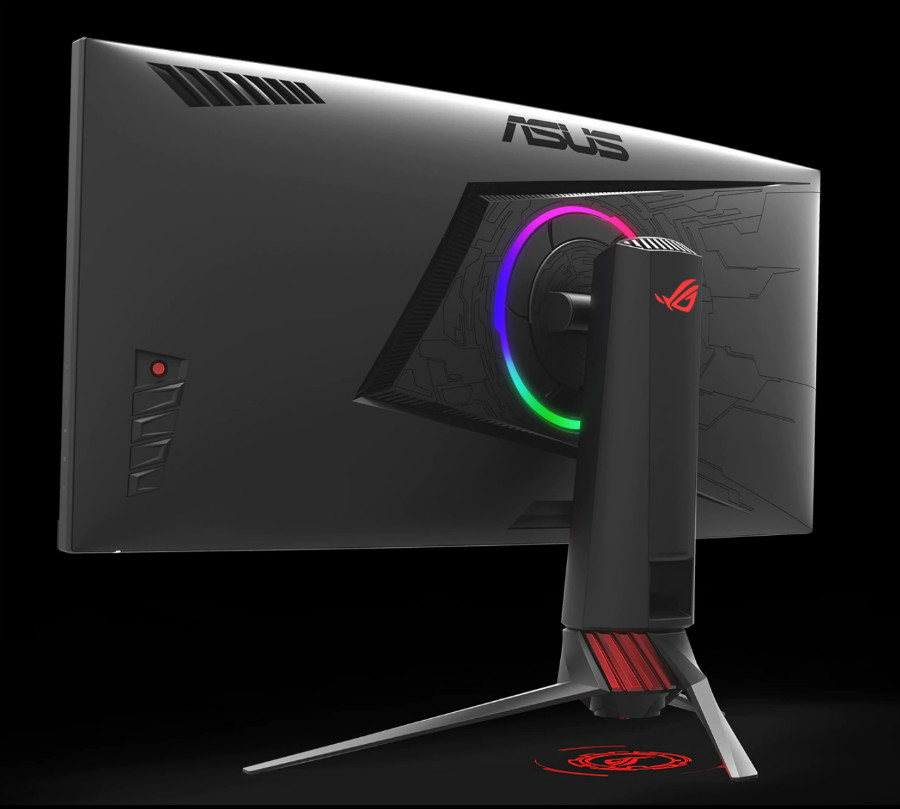 The Asus ROG Strix XG35VQ will arrive in a matte black cabinet with a bezel-free face on three sides. The dreaded panel borders are still there, but the more or less three feet of screen space will make them less apparent. This model also adopts Asus’ gen.2 aesthetic treatment, although the colors are slightly different from the ROG swifts since the Strix series will have red accents.

On the back, the robotic patterns we’ve seen from previous models are toned down to laser printing than molded, but the Asus ROG Strix XG35VQ retains a few useful features. The I/O panel which includes DisplayPort 1.2, HDMI 1.4 and 2.0 and 3.5mm jacks are still under a removable plastic cover for neatness and easy cable management. There are also two USB 3.0 ports in the layout, but we wish Asus added more since there are no G-Sync module restrictions in this model.

The Asus ROG Strix XG35VQ will also use the signature helix stand which offers a broad range of ergonomics which includes tilt, height, and swivel adjustments. The customizable bottom LED projector on the bottom is still there, although this time the accents come in metallic red than a bronze orange. The designed mechanism practically stays the same, although what’s interesting in Asus’ new monitors is the addition of an RGB LED ring around the VESA mounting port.

Most would easily scoff at this feature for being a mere gimmick, but it also has a practical use for everyday computing. Having ambient illumination behind a screen acts as a bias light if it’s bright enough which helps your eyes in avoiding strain by spreading out the gradient brightness in a dark room. Other than that, this feature also syncs with Asus Aura so that you can have a fully synchronized RGB setup for an awesome light show.

The Asus ROG Strix XG35VQ sports a 35-inch Curved VA panel with a gorgeous, 3440 x 1440 resolution, 100Hz refresh rate, and 4ms response time. Contrast is specified to go as high as 2500:1 while brightness can only reach 300cd/m2. Color fidelity will have more or less perfect coverage of the sRGB gamut with a bit of oversaturation here and there as expected from VA panels since the wide contrast range creates even better gradients of shades.

These numbers aren’t proven yet until Asus releases a full spec list for the Asus ROG Strix XG35VQ or when reviewers get to test this new model.  What’s important is that the inherent issues of VA panels such as ghosting or pixel interlacing issues do not ruin the potential of this monitor. Some brands implement overdrive tools to help alleviate these problems when they arise, although one of the solutions we’ve seen is backlight strobing.

Thankfully, the Asus ROG Strix XG35VQ will include an Extreme Low Motion Blur Mode which functions like ULMB and strobes the backlight to lower pixel persistence. The only issue with this feature is that it locks the refresh rate, therefore knocking out the FreeSync function of the monitor. This mode is the only ideal for games where your GPU can maintain high refresh rates throughout your session so noticeable tears are avoided.

It’s now the perfect time to release the Asus ROG Strix XG35VQ since AMD is now selling its powerful Vega GPUs which gives some of Nvidia’s high-end cards a run for their money. High refresh rates at a resolution of 3440 x 1440 are now much more doable for AMD users, plus they will get to enjoy the benefits of FreeSync. The functional range is yet to be revealed, but we can guess that it will be around 48Hz all the way to 100Hz which is reasonable for a monitor of this type.

The Asus ROG Strix XG35VQ is a godsend for FreeSync users who wanted a 100Hz 3440 x 1440 gaming monitor which wasn’t available not too long ago. The capabilities of the Vega architecture makes them more viable now since high FPS yields at anything beyond 1080p wasn’t the specialty of the previous Polaris architecture. The brand never failed to deliver exhilarating performance from their display products, so we think this model along with the rest of the Strix series won’t disappoint.

The RGB LED ring that syncs with Asus Aura will provide gorgeous eye candy while helping your eyes, making it worthy of consideration. One thing we hope these extra doesn’t do is to blow up the price, which is yet to be revealed. The Asus ROG Strix XG35VQ is scheduled to launch by Q4 this year, so stand by and watch for updates which we will share with you as soon as we get them.