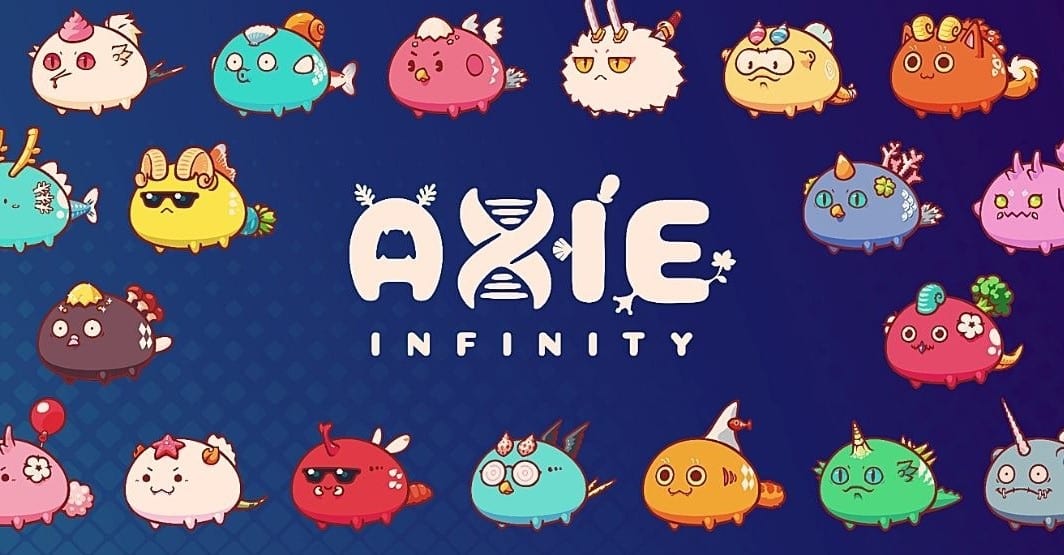 Axie Infinity is a cryptocurrency game that’s rapidly becoming popular due to its “play to earn” nature. You can earn real-world currency from it, plus it is playable on PC and mobile phones, making it very accessible.  The game is roughly based on Pokemon, with a battle system that involves three Axies with different skills stats, and specialties.

You earn money with the game by winning battles to get tokens or breeding and raising new Axies which you can sell to other players. There’s an economy at play in both the game and its user base, but it’s safeguarded by a few key features and technicalities. The publisher SkyMavis designed the game to be sustainable even when the community grows exponentially.

What Makes the Game Special

Axie Infinity runs on blockchain and each Axie is basically an NFT or non-fungible token. NFT, in layman’s terms is like a certification that each Axie is the sole original, and there will never be any copies of it forever. It can’t be reproduced or used by others, much like the Charlie Bit My Finger Youtube video which was sold into becoming an NFT for almost eight hundred grand.

NFT status enforces a limit or rarity in the digital realm which in turn gives value and raises it accordingly after some time. Axies can be bred, but this aspect ensures that each one that is created is unique to keep its price in the real world alive. The SLPs or tokens won in battle are the popular currency in this game but breeding NFT-secured Axies is also a great way to increase your money by bigger chunks.

We’ve seen RMT or real-money trading in several games like War Thunder, CSGO, and Diablo 3 which infamously had an auction feature but lost it after a while. That system was designed so players can buy and sell better gear using cash, but it also ruined the game’s original premise. Users were sampling dumping cash instead of grinding for even better gear, so eventually, the economy fell.

Again, the NFT status of Axies is also designed to protect the game from becoming Diablo 3’s auction system. There were too many copies of each type of gear being sold which dropped their price and demand slowly died down. It is either their value went down or they became too expensive for the players if their quality was slightly higher than other options.

Axie Infinity is a turn-based battle game using virtual pets called Axies and their skills denoted by cards. It’s a popular genre since the learning curve isn’t too steep, although strategizing and mastering the game needs a bit more effort. You need to buy 3 Axies to start, battling AI enemy monsters in adventure mode to level up or go up against other players to climb the leaderboards and earn SLP.

SLP or Smooth Love Potions which you can earn by winning PVP battles is your basic bread and butter. It’s necessary to breed future Axies, but it’s also the easiest to sell for real-life money. SLP pricing is dictated by supply and demand, but each Axie’s price has steadily risen above $200 due to the growing userbase and the demand for them. 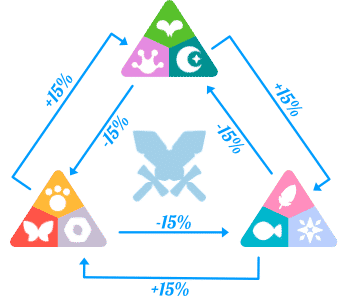 Axies have several classes, each with its own strengths and weaknesses against each other. This determines their roles in your strategy, but it also aims to keep the game balanced as well. You can get, Plant, Reptile, Beast, Bug, Mech, Aqua, Bird, Dusk, and Dawn, so there are various combinations to play around with.

Each Axie also has stats or attributes which determine how they can be used in a battle:

Speed – Axies with higher speed will attack first, so this determines turn order

Each class has 140 points of attributes in total, but each of the types also has different distributions to make them even more unique.

Another Aspect of Axie is their body parts which are also mixed up depending on the breeding process. They have eyes, ears, horns, mouths, backs, and tails. Each one is in every Axie class with corresponding stat bonuses, depending on the breed. Each Axie has unique combinations, adding to their rarity and viability in each game.

Axie Infinity’s combat system is turn-based using cards as each Axie’s skill or ability. There are a total of 123 cards in the game, and they are determined by the Axie’s horn, mouth, back, and tail types. Skills can be offensive or defensive, and a good Axie team should have a bit of balance.

How to Start Playing 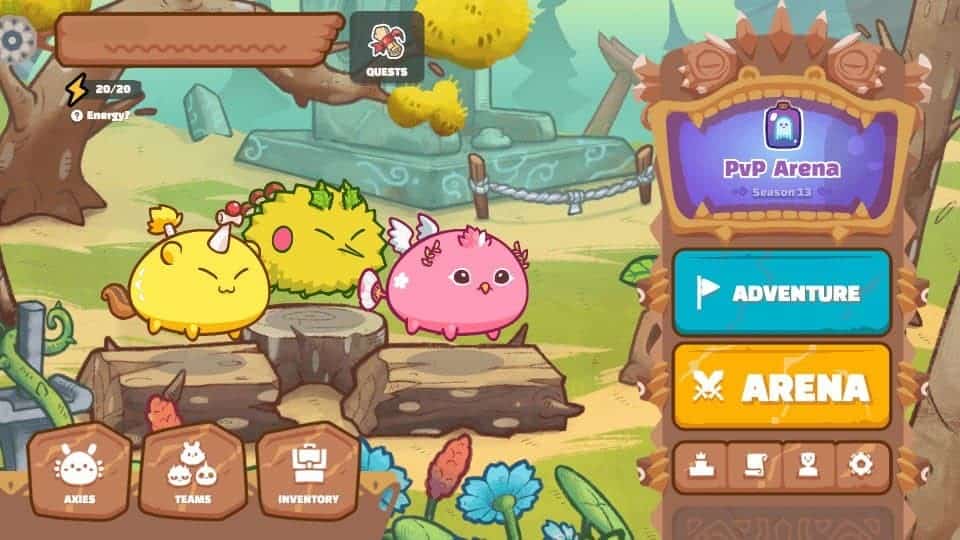 You need to buy three Axies using AXS or Axie Infinity Shards to play the game. AXS can be bought and sold on exchanges like Binance or Coinbase. You can also trade any major cryptocurrency you already have such as ETH or Bitcoin. Here are the steps you need to get your Axie Infinity adventures going:

You can earn money with Axie Infinity by farming Smooth Love Potions or breeding and selling Axies on the marketplace. The former is the easiest for starters, and SLP is always in demand since it’s a necessary ingredient for breeding. You can earn SLP by playing the single-player adventure mode, winning in Arena or PVP, and by clearing daily quests.

You can earn anywhere from 100 to 200 SLPs per day, depending on your wins and losses, plus the time you can spend. SLP earned varies based on level and your rating, so grinding and winning are necessary if you want to maximize your profits. SLP’s value in real money depends on the economy, and it can crash or skyrocket depending on the market’s direction.

Another way to earn money is to breed new Axies and sell them on the marketplace where they go for around $200 each more or less. The amount of SLPs necessary for breeding depends on how many times the original Axies have bred in the past. The higher the breed count, the higher the SLP costs will be so a breeding strategy is necessary as well.

This system is in place to avoid hyperinflation due to the excess supply which will then crash SLP pricing. The easiest way to earn cash is to sell the new Axies, but you can also use them to create new teams or breed more. We recommend starting out with farming SLP and experience with the game before trying this method out.

How to Install Axie Infinity

You need to install the Axie Infinity app to begin playing, and there are three versions in total. You get a desktop PC app and two mobile versions for Android and iOS. It’s pretty straightforward for PC gamers since you only have to download the installer from the official Axie Infinity website.

but on the other hand, it’s quite complicated for both Android and iOS users since the game isn’t officially available on the Google Playstore and Apple’s App Store. You need to load it manually which isn’t easy for some mobile users.

Note that Axie Infinity is still in beta for iOS, so its not guaranteed that you will get in. There are ways to go around this, but we don’t recommend it since you have to go through a third-party process. Many have succeeded by doing this and they did not report any issues, but there is always a risk of theft or hacking so its not worth it.

Axie Infinity is fairly new, but it has taken the gaming and crypto world by storm. It’s actually fun to play and a good way to wind the time down and earn some cash on the side. Axie Infinity is still in its early stages, and it’s sure to grow in the following months now that it has become more popular.

We’ve also heard some gossip that there are newer blockchain-based crypto games in the works, so this isn’t just a trend. However, it’s still wise to invest carefully since the in-game economy fluctuates as cryptocurrency does. It is okay to invest what you can spare, but don’t dive in and pour everything right away.