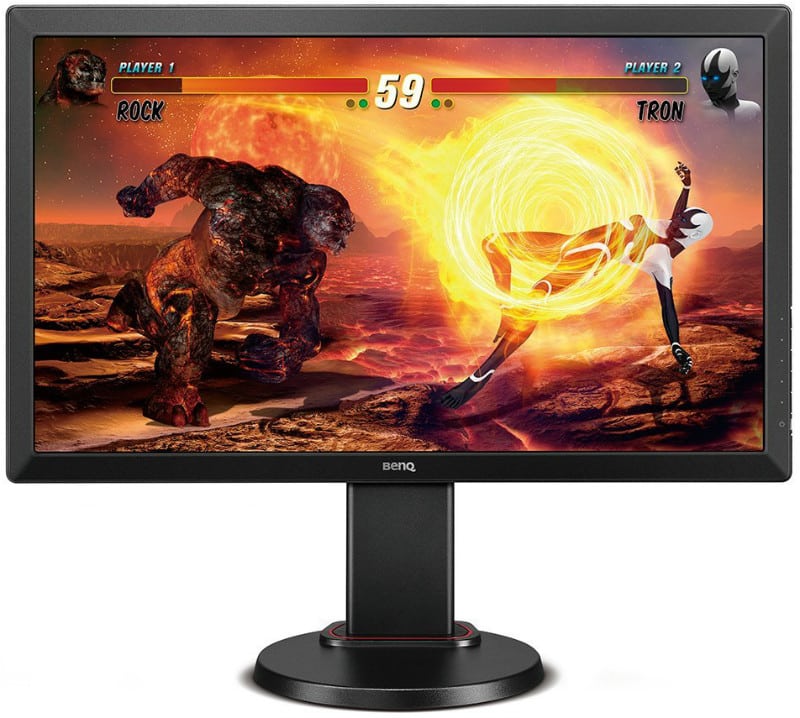 Let’s start with the specs for this follow up to BenQ’s highly successful Benq RL2455HM. This gaming monitor boasts a 24-inch, 1920×1080, 60Hz, TN panel with a flicker free so that is to say DC controlled LED backlight and 1ms gray to gray pixel response time. It seems pretty believable given how little smearing I notice both in and out of games during my time with the monitor. First up is ergonomic adjustments. To the completely inadequate just tilt on the 2455, the 2460 adds swivel, height adjust and even pivot. All of that stuff helps make the relatively narrow viewing angles inherent to TN monitors more tolerable since you can adjust it easily to look at the monitor as straight on as possible. And for someone who might be carrying the monitor with a PC or a console to game in different locations. It is a big bonus from both an ergonomic and a convenience standpoint. I don’t know about you, but when I need to plug in something to the bottom of the monitor I am always thankful if it’s got pivot, so I can much more easily reach everything.

The optimization number two is the inputs. There’s power in and an analog audio pass through for the unspecial but convenient integrated stereo speakers. Then moving over to display inputs, things get more interesting. However you might feel about PC gamers or console gamers, the reality is that lots of people use both. So BenQ’s inclusion of a couple of auto selecting HDMI inputs to go along with DVI and VGA is a nice touch. I would have liked to see DisplayPort since that’s the direction the industry is headed but the third HDMI plug is actually more interesting in some ways. It is a straight passed through connector that can be used in a few different ways. If you are a game streamer and you want to capture footage, it allows you to go directly from the source to the monitor to eliminate any potential latency from a capture device without creating cable clutter with an HDMI splitter. If you for example want to broadcast what you are doing to a nearby TV or projector, let’s say, you’re organizing a small tournament at a LAN with some spectators, this is a super easy way to handle that as well. All of these would just be for show though if the passed through added any lag or was a bear to configure. But it works perfectly, it just automatically clones whichever of the two HDMI inputs is active and adds no latency.

The on-screen display has a ton of useful options including the usual, brightness, contrast, etc. And others including full RGB for PCs or limited RGB for consoles and media devices. Instant Mode, which reduces input lag and Automatic Switch option for HDMI inputs. Motion Blur Compensation Adjustment that I would recommend leaving at default settings. A variety of Scaling Modes for old school gamers, and a wide variety of preset image profiles that you can check out if you are into making the image look like ass to get a competitive edge. But in spite of all of those options being excellent. I just found it kind of cumbersome and slow to navigate. That is aided by the ability to assign custom functions to three of the buttons for things that you use often. I just wish navigation was snappy overall especially coming from the ROG Swift’s lightning fast on-screen menus. Of course, comparing it to a monitor that cost several times more isn’t exactly fair. 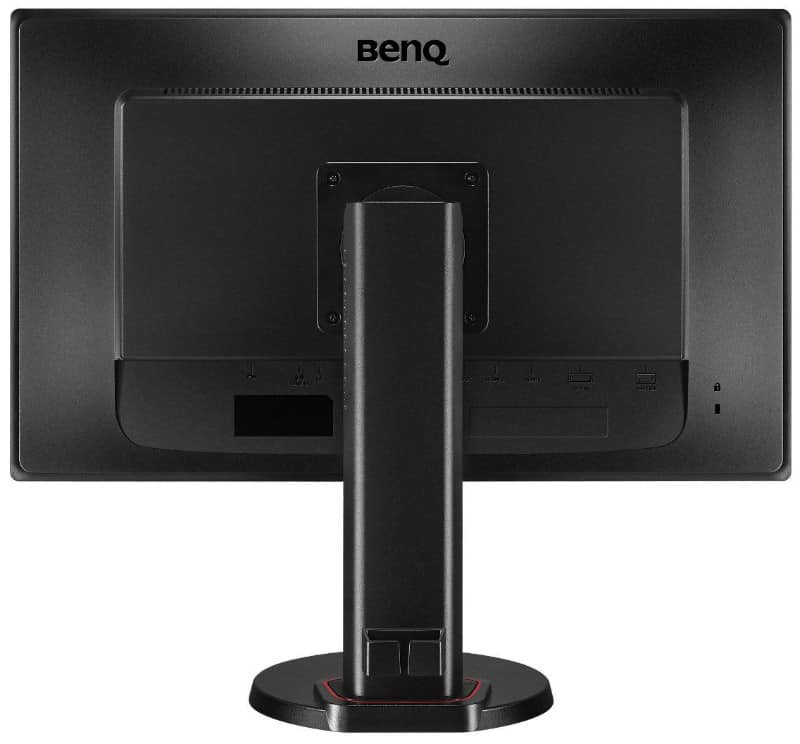 So let’s evaluate the RL2460HT for what it is. A TN gaming monitor targeted at gamers who play console games competitively. But who aren’t interested in the color and viewing angle advantages that an IPS or a VA display will get them. Not my personal top choice, but I see the value of it particularly for console gamers who won’t benefit from higher refresh rates anyway.

Note: The BenQ RL2460HT has been discontinued by the company but will soon be replaced with a new and improved model. Stay tuned!

Search
NEW
POPULAR
You are here: Home / Reviews / Monitor / BenQ RL2460HT Review – optimized for console gaming in some meaningful ways.
This website uses cookies to improve your experience. We'll assume you're ok with this, but you can opt-out if you wish.Accept Read More
Privacy & Cookies Policy
Necessary Always Enabled
Share This