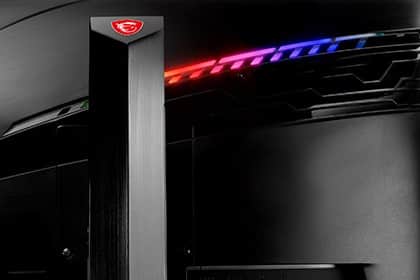 The best selling gaming monitor in 2019 according to Amazon is the Dell D2719HGF which offers one of the best value per dollar ratios we’ve seen to date. This model won the hearts and minds of gamers not by offering cutting edge specs or fancy features seen on offerings like the Asus PG27UQ. Instead, the Dell D2719HGF cut off all of the price-increasing extras to bring an enlarged 144Hz screen to the masses. 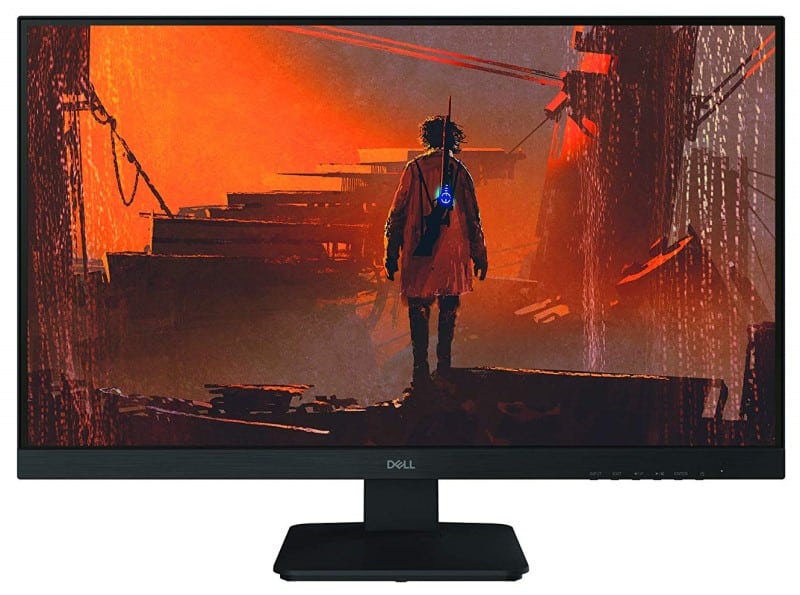 The Dell D2719HGF doesn’t offer much in the features department, but it does include a 27-inch TN panel at its current $180 price point. The 1920 x 1080 screen doesn’t take a lot of GPU juice to run, plus its the universal format for competitive gaming, whether if its for shooters like CSGO or MOBAs like Dota 2. TN panels have lower response time as well, giving users the bonus of improved motion handling alongside being cheaper than IPS or TN variants.

A 27-inch 1080p screen will look less detailed and crisp than a 1440p variant at the same size or a 1080p unit in a 24-inch form factor. However, professional gamers and our readers have attested to the benefits of the looser pixel pitch for competitive gaming. The most prominent reason is it increases the visibility of small objects like a head peeking or a limb.

That fact is a massive advantage for the seriously competitive player who wants to enjoy being one step ahead in a ranked match. 24-inch monitors are still more widely accepted, but products like the Dell D2719HGF have found a user base which prefers the larger screen. The extra real estate also comes in handy when you watch movies where you sit back and relax to enjoy the content.

The Dell D2719HGF doesn’t have the usual creature comforts such as an adjustable stand, but its build quality more than makes up for the cut corners. Dell’s monitors have always shown excellent workmanship and design, making them very popular for the majority of gamers. The slim, matte black chassis with thin bezels make the display look more high-end than it actually is.

This variant is also a great pick if you already have a VESA stand in your inventory, but spending on a new one might defeat the Dell D2719HGF’s excellent value. Most users won’t need to swivel or pivot the monitor anyway, but viewing height could be an issue for the taller folk. There are a lot of missing extras and physical features, but the Dell D2719HGF’s agile performance and very low asking price balance its benefits in your favor.

The Dell D2719HGF is a FreeSync monitor, but it is also one of the few budget gaming monitors that are reported to work with G-Sync compatibility mode. This capability means that both AMD and Nvidia GPU users can enjoy buttery-smooth frames without worrying about tearing when framerates drop. It’s tough to beat the best selling gaming monitor that can offer a lot despite its lower pricing.

What is the Best Selling Curved Gaming Monitor of 2019? 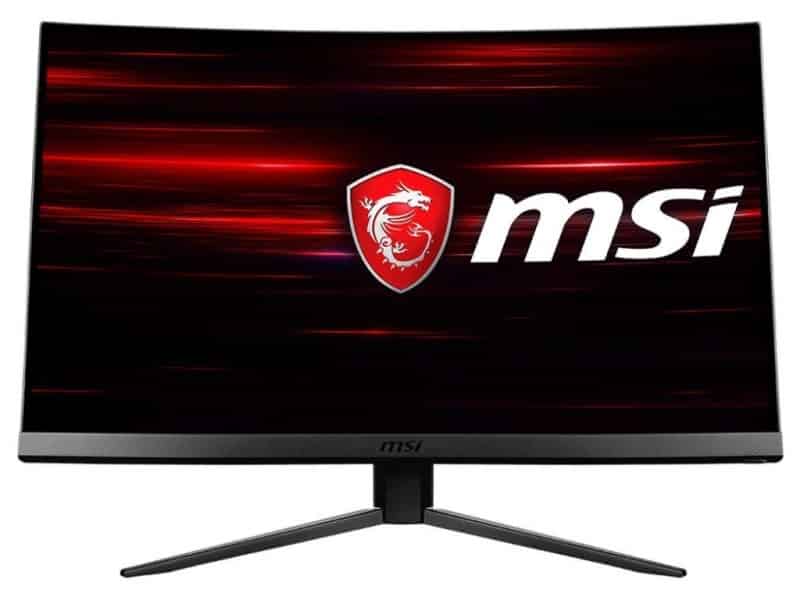 The best selling curved gaming monitor according to Amazon is the MSI MAG241C which has specifications which are almost identical to the D2719HGF. This best selling curved gaming monitor has seen several revisions since MSI started to compete in the monitor business, and we believe that this is the best one yet. The brand stepped up their design and refinement of their gaming display line, catapulting the products into the high sales count they enjoy today.

The main difference of the MSI MAG241C from the option above is it uses a VA panel type instead of TN. This means that the product is capable of more vibrant color and deeper contrasts which combine to create a more profound image. Its no surprise that the MAG241C posts higher scores when scrutinized with a colorimeter.`

MSI advertises a 115% sRGB output for the MSI MAG241C which means gamers get to enjoy punchy colors for a richer overall image. The contrast ratio of VA panels also reach more than double than IPS or TN panels to create deeper blacks and enhanced color separation or definition. VA monitors have become popular in today’s market due to this characteristic, giving gamers a better alternative to TN and IPS in the eye candy department.

The only drawback of VA technology is its slower pixel response time which made it a poor choice for competitive shooters like CSGO. Fortunately, modern variants like the MSI MAG241C have lessened these issues to the point where normal users don’t even notice the difference.

The MSI MAG241C is a better-designed gaming monitor with a gentle curve that aims to provide a certain level of immersion. The gamer-centric design with RGB lighting isn’t too aggressive, plus the build quality is top-notch. However, this model is also limited when it comes to extra features such as ergonomics, but that’s always forgivable for affordable products.

The MSI MAG241C is also a FreeSync gaming monitor but it also works with G-Sync compatibility for use with Nvidia GPUs. Both of these fantastic options are not certified by Nvidia, but both have the necessary requirements for the feature to work.

Is Buying a Best Selling Gaming Monitor Worth it?

The short answer is yes since you get to maximize every dollar you are spending on a best selling gaming monitor like the Dell D2719HGF or the MSI MAG241C. Both already have fantastic reputations, plus the massive sales numbers mean that you will enjoy excellent gaming performance. However, we still recommend reviews or checking Amazon’s best sellers lists so you can discern the best product for your needs.