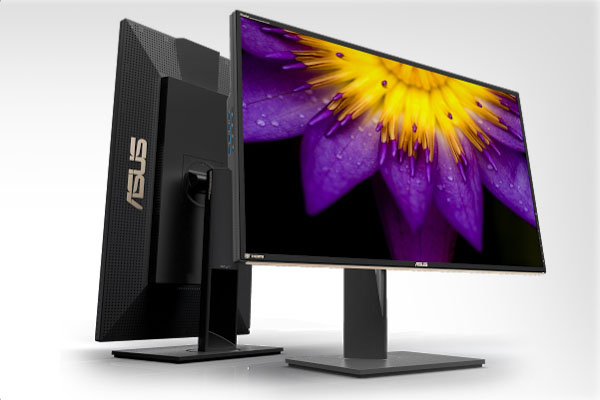 In 2015, worldwide shipments of display products were around the 120,000 mark, and 550,000 to 660,000 units from those sales are from gaming monitors alone. The latter is only a small chunk which amounts to 1% or 2% of the total, but after a year when prices have become aggressive and competitive, we see that share rise to 3% to 4% or 1,200,000 units in 2016 despite the stabilized and similar sales tally for the two mentioned years. For 2017, based on advanced orders from retailers all over the world, we may yet lay witness to another increase in gaming monitor shipments in the range of around 2,500,000 and up to 3,500,000 in 2018. The demand for these products are at an all-time high, but the prohibitive pricing is still holding back a lot of consumers from jumping into the fray and getting them instead of buying prosumer or mainstream offerings. Despite that fact, growth in sales is inevitable thanks to the rise in popularity of gaming both in professional and home settings.

Asus Leads the Pack; Predicted to Keep its Advantage Despite New Contenders

These numbers affect not only the number of gaming monitor owners, but it has a significant impact on the market as a whole. Despite criticizing predictions from experts for the display market, the growth in demand for gaming-grade screens mentioned above has enticed other competing vendors to join in and expand the niche with their iterations of this highly sought peripheral. So far, we have seen Asus as the share leader with 35%, followed by BenQ at 22-24% and Acer at 17-19%. Other tech giants such as AOC, LG, Samsung, Dell, Hewlett-Packard, Phillips, and Lenovo are expected to join in to expand the competition. In fact, we have seen these brands offer similar products that were meant to steal attention and sales from the three leaders, and in 2017, we can expect improved and competitive offerings regarding specs and pricing from these newcomers. The statistical numbers for gamer-centric screens are small, but when compared to mainstream products, these highly sought and sophisticated gadgets are considered highly profitable thanks to their higher average selling prices or ASPs.

So far, for gaming monitors, the popular choice among buyers are products that belong to the 24-inch 1080p segment, thanks to their manageable physical footprints, affordable price range from $200 to $499, and the maturity of the resolution. This tier takes 70% of the gaming monitor sales, and are then followed by the larger 27-inch versions priced at $349 to $899, and then finally by the 34-35 inch ultra-wide screens, which only accounts for a less than a significant slice of the pie. Curved displays also did not do too well regarding sales,  but we may see a rise in demand together with even bigger offerings from the competing manufacturers.

The direction of the gaming monitor market dictates that we may see an increase in choices for consideration before spending our hard-earned money, but aside from this fact, the most significant effect we would appreciate is for pricing to come down. Most of the gaming populace still cannot afford these highly-sought gadgets, but healthy competition always means that both pricing and specifications will always benefit the consumer. At this point, there are still PC owners who have hardware which is insufficient to operate these peripherals at their full potential, and this is one factor holding back a lot of consumers wanting to buy gaming monitors to enjoy their advances. Sooner or later, the processing capability of newer graphics cards may enable more users to power these displays, at a slightly friendlier cost. If this train of thought becomes a reality, then the reach of these types of offerings from the brands mentioned above may reach out to a larger chunk of the computing populace, therefore realizing the predictions stated in this article on a more significant scale.