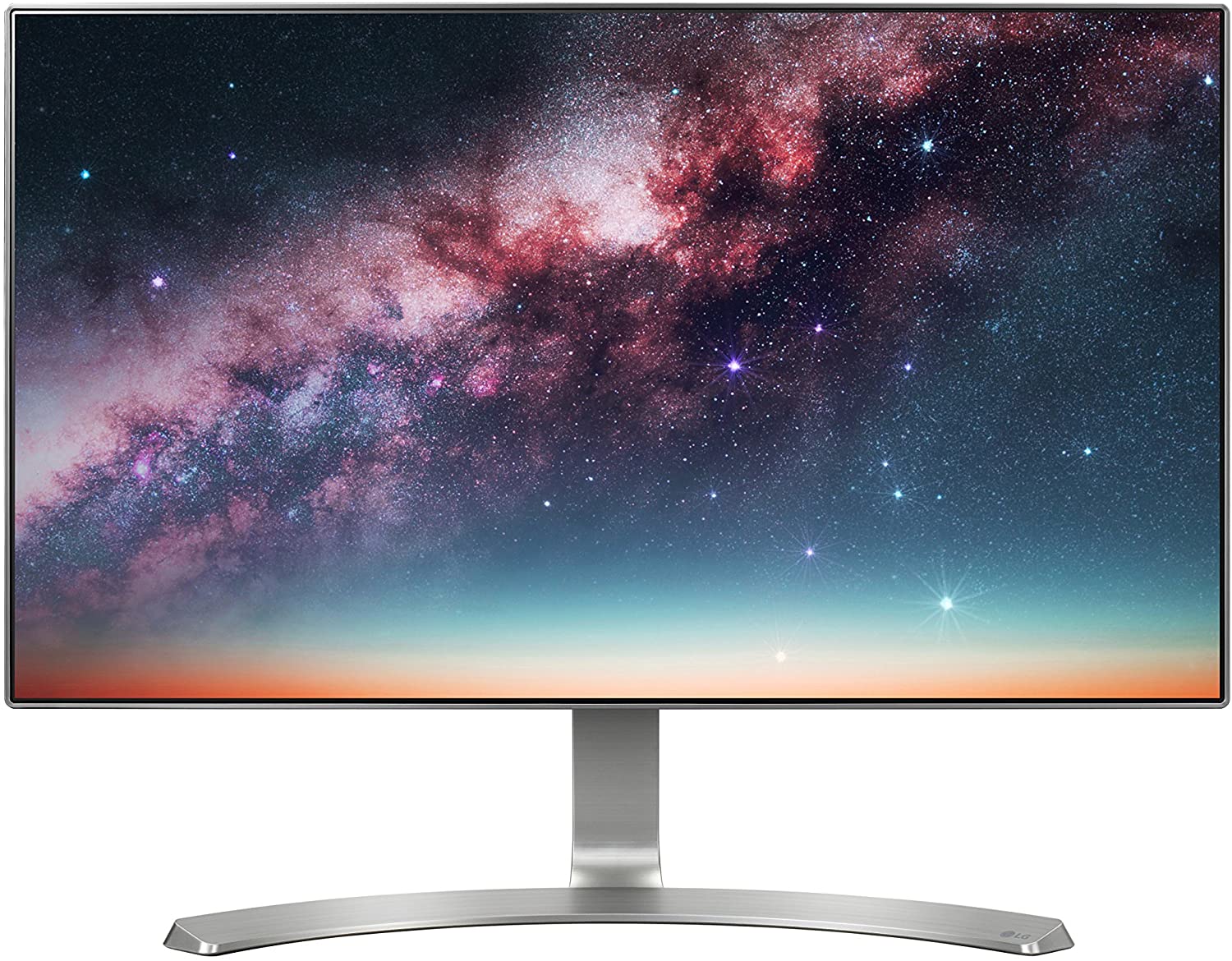 The LG 24MP88HV-S exudes class and reliability in a reasonably priced package that’s great for all-around use. It doesn’t carry high-end specs, but its borderless screen is always a pleasure to look at and use. However, the LG 24MP88HV is still priced higher than the market standard for a 1080p 75Hz screen, so let’s check out if it’s worth it. 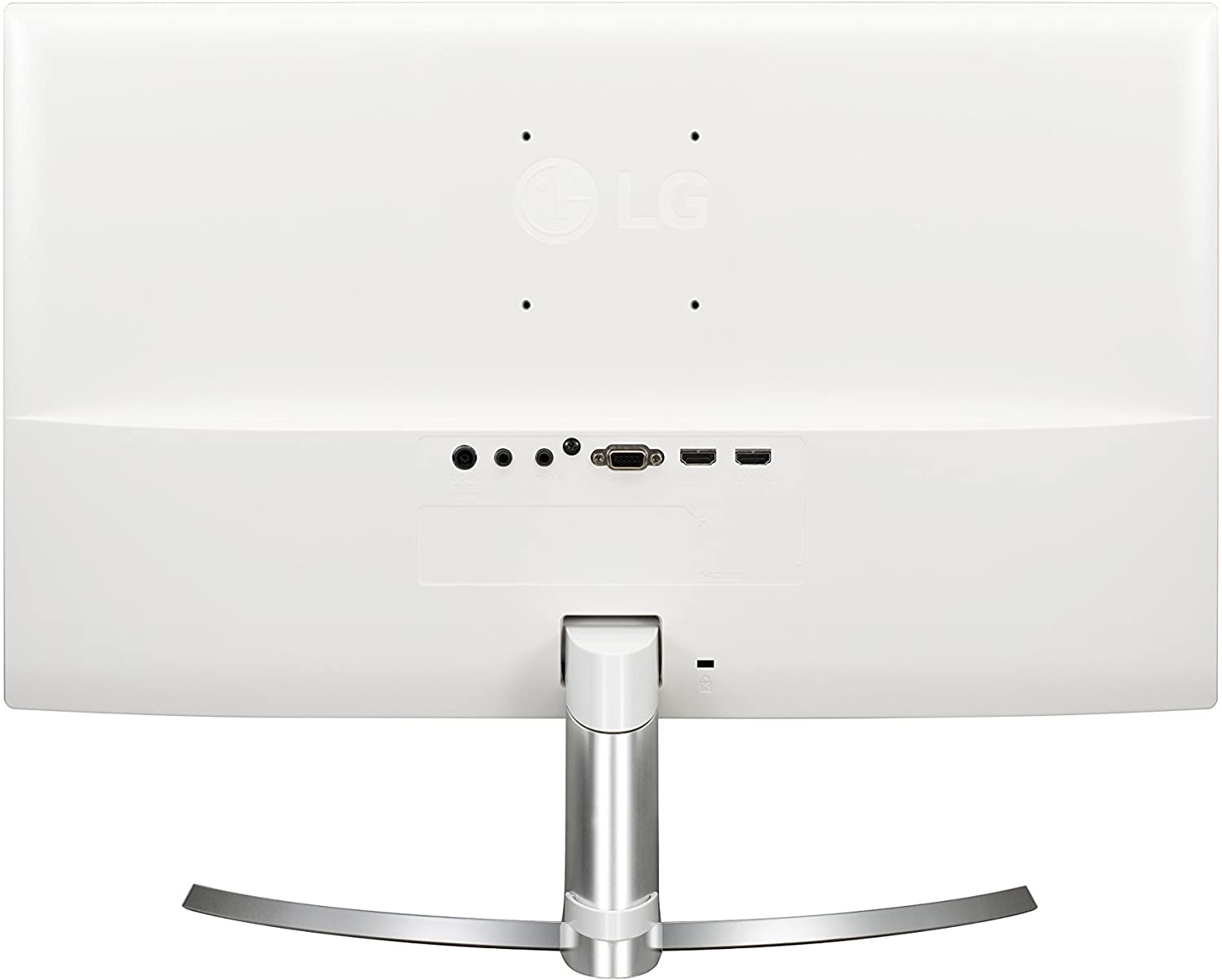 The LG 24MP88HV-S takes after many of the brand’s popular products when it comes to its aesthetics and functionality. the monitor has a matte white chassis mixed with a metallic silver stand for that sophisticated look. What’s great about the monitor is it’s completely bezel-free save for minimal inner borders, so it can appear larger than it truly is.

It can be considered a budget monitor, so it doesn’t have a lot of physical features that can usually expand its dimensions. It’s still using the ArcLine design stand that has since gotten its footprint minimized.  The LG 24MP88HV-S is also lightweight for a monitor and its cabinet is thin, so it’s not impossible to slip it into a backpack and move it around.

Build quality for the LG 24MP88HV-S is decent, although it’s not comparable to the brand’s premium models such as its UltraGear variants. The plastics don’t feel as thick, but they are reasonably durable to ward off unwanted flexing. The included stand offers stable footing for the monitor, but there is a slight wobble on the attachment point since it sits low.

You will find an OSD joystick with the LG 24MP88HV-S so it’s not too difficult to tweak its output even if you are in a hurry. It also works with LG’s OnScreen control app which lets you manipulate some settings directly in your OS. You won’t normally find this level of control and ease of use with other brands, so that’s a good reason to go with LG’s monitors.

The stand include with the LG 24MP88HV-S is limited to tilt, so you have to use other means if it doesn’t feel comfortable for you. You can opt for VESA mounts or monitor stands if it sits too low for you, but buying an aftermarket option will add to your total payable. It’s also worth noting that the 75 x 75 holes are at the upper half of the chassis so mounting can look awkward at times. 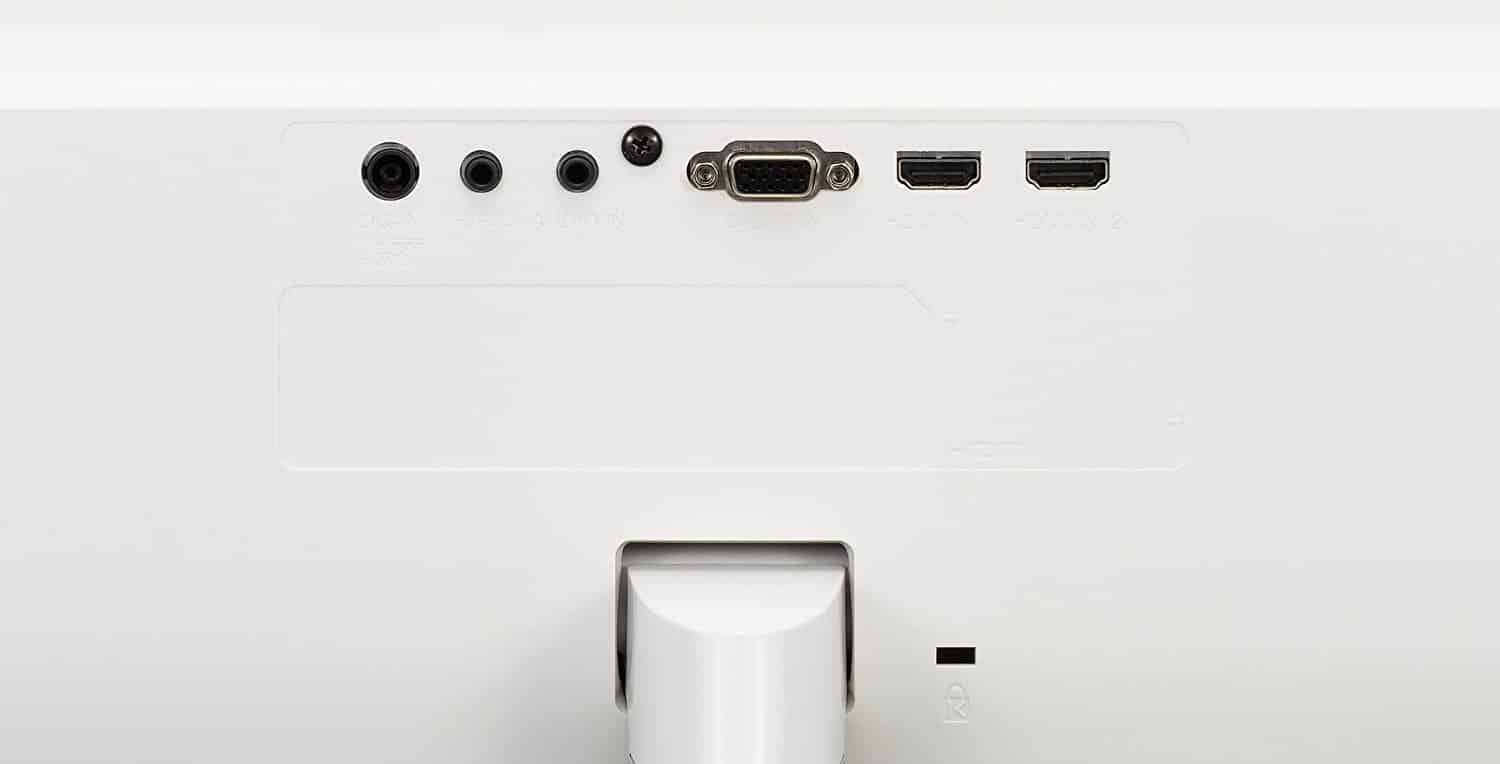 The layout for the LG 24MP88HV-S is simplified as well since you only get two HMDI 1.4 connectors and a VGA slot for video input. You also get two 3.5mm jacks for audio passthrough, but there are no USB receptacles with this model. You can connect a gaming console next to your PC, but we think DisplayPort should be included in this price range.

Another excellent addition to the LG 24MP88HV-S is its pair of 5-watt Maxx Audio speakers which are better than what most brands offer. They can get decently loud, although the clarity and bass response they offer is still confined to the thin chassis. You will still prefer headsets for gaming, but the built-ins are good enough to use if you want to sit back and take it easy with some music or videos.

The LG 24MP88HV-S includes a 24-inch IPS panel with a 1920 x 1080 resolution, a 75Hz maximum refresh rate, and a 5ms response time. The backlight is rated at 250 cd/m2, while the contrast ratio is listed at 1000:1 just like most IPS panels. It’s not equipped with special features like HDR or high-refresh rates since it focuses more on productivity.

24-inch 1080p monitors aren’t considered as an impressive upgrade by today’s standards since we have bigger and bolder resolutions or screen sizes. However, it’s still widely accepted as the universal standard for both gaming and business use. Legibility and clarity are comfortable enough for daily use, and you won’t need a high-end GPU to play games at the screen’s maximum.

The LG 24MP88HV-S renders 99% of the sRGB color space which is more than enough for daily use. What’s superb about it is its color accuracy which only has a deltaE average of 1.09 which shows that it is factory-calibrated. That’s a score you would normally see on prosumer displays, and we’re glad to see LG’s premium treatment trickles down to its regular display products.

Calibrating the LG 24MP88HV-S isn’t worth it since the deltaE average lowered to 0.98 which is impressive, but not a readily visible improvement. Colorimeters aren’t cheap, so unless you have one already, buying it for this monitor won’t be worth it. However, take note that scores can vary due to panel differences, so there are better and worse screens out there.

One weakness that’s instantly noticeable on the LG 24MP88HV-S is its backlight which only managed 221 cd/m2 at 100% brightness. Its contrast ratio reached 1280 at 80% backlight which is great, but it still cannot produce true blacks. The screen is best used at night since it can fight off glare, but that’s where the contrast limitations of IPS become even more apparent.

Panel uniformity for the LG 24MP88HV-S was good since there were no considerable backlight leaks or clouding issues on the screen. The backlight has a slight variance from its hotspot which results in some loss of contrast, but it’s not visible in full-color images. This is another characteristic that can vary between units, so there are better and worse ones out there.

Pixel response times won’t be the best with the LG 24MP88HV-S since it’s still limited to a 75Hz refresh rate and it’s not tuned for gaming. Some persistence and smudging can become visible in fast-paced or contrasting transitions which you don’t get on the Fast IPS variants. You can use the monitor’s overdrive feature, but we can only recommend the Fast setting since the maximum level will induce noticeable overshoot.

The LG 24MP88HV-S also doesn’t support FreeSync and G-Sync Compatible mode since it was not intended for gaming. It’s easy to optimize games to run at 75Hz 1080p, but VRR when it’s available will make the screen look smoother. Input lag at 75Hz is at 10ms, so there is no need to worry about delays while gaming or tasking.

The LG 24MP88HV-S is a great daily use monitor that is easy on the eyes when it comes to aesthetics and image quality. It’s good to go out of the box since it’s already accurate, although you might want t to tweak the brightness to suit your room. We think many users will love it since it doesn’t have bezels and it includes a capable pair of Maxx Audio Speakers.

However, the LG 24MP88HV-S is far from perfect for gaming or editing since it falls somewhere in between. There’s also the low-riding tilt-limited stand, which is hard to justify at the $250 price point. It’s a decent performer, but we think it should include more creature comforts for the price.