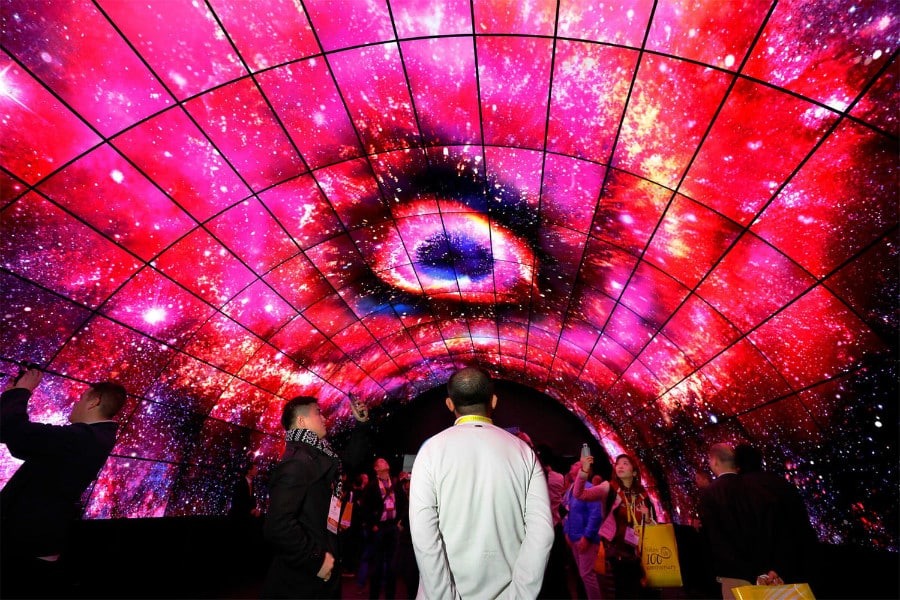 LG is bringing out the big guns in its showcase for CES 2018 with two highly anticipated OLED TVs after a year or two in development. There are two prototypes starting with an 88-inch OLED HDR TV which comes with a gorgeous 8K resolution and a 65-inch OLED TV with a rollable screen which could replace projector screens in future entertainment systems. These new and exciting products are the next logical steps for the development of the home display market making them worth more than just a glance. 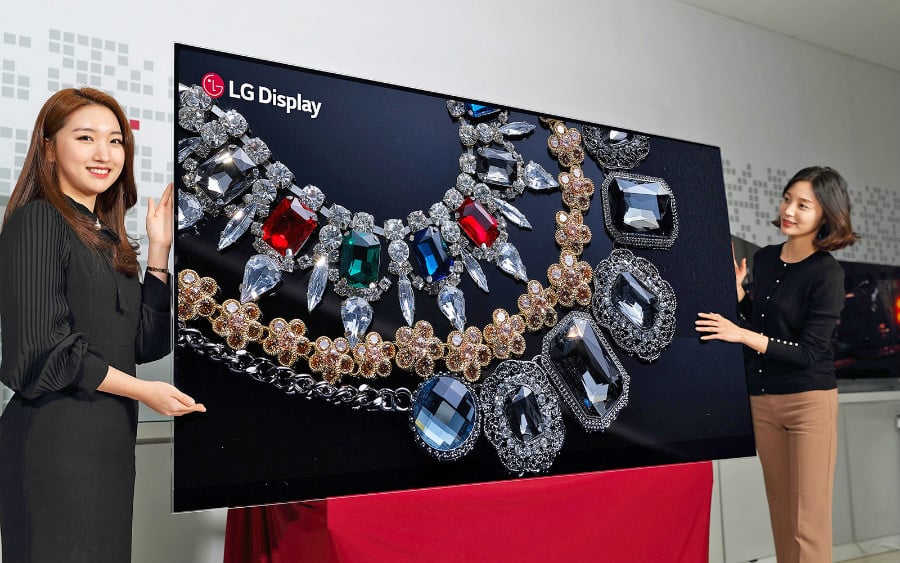 LG is now proudly displaying its biggest OLED monitor yet that comes with OLED technology that can produce a true HDR experience. This new model also comes with an 8K resolution which is also collectively known as 4320p as derived from its 7680 x 4320-pixel count. This equates to 33 million pixels which are around 10000 PPI which means that despite its size, the screen is able to produce jaw-dropping and never before seen levels of detail.

Aside from the promised visual capabilities of the LG 88-inch 8K OLED display, the Korean tech giant is also developing Crystal Sound OLED integration. This audio tech is composed of a 3.1 speaker configuration, consisting of a subwoofer, a pair of sound drivers, and the screen itself. LG claims that this new formula enables the panel to emanate sound, acting as the third driver for crisp and clear audio.

We’ve seen LG’s first prototype of an ultra-thin OLED screen that can stick to curved or angled surfaces while also having the ability to roll for easy storage. At CES 2018, the firm will show off the culmination of this concept in a 65-Inch OLED TV with a 4K HDR output that can roll into a storage unit that would fit comfortably in confined home spaces such as apartments and condos.

Of course, there is also a 77-inch wallpaper OLED TV which was first introduced last year. This product is ideal for commercial applications such as advertisement screens that can stick to columns or corners of a wall. There is also a 55-inch transparent display, although details are limited at the time of this writing. LG Display is the undisputed large-format OLED display manufacturer so we can say that these new products are meant to cement the company’s position as the global leader.

LG is also looking to pump up one of its leading products which we all use in our computer monitors. The company is set to display its new implementations for IPS technology in new products such as a 65-Inch Art Glass Display and 14-inch to 31.5 Inch computer monitors.

The first advancement is called IPS Nano Color which works to enrich the colors of an IPS panel further via nanoscale high-color reproduction particles. The second tech is called U-IPS that includes increased transmittance or output while helping to reduce reflections or glare on the surface of the panel that affects the vibrancy we see.

All of these new developments in the display market can be seen at LG’s CES 2018 booth in Las Vegas Nevada. Last year, the company won over 20 awards for outstanding innovations and achievements which pushed the company to create these exciting and futuristic showcases.

Search
NEW
POPULAR
You are here: Home / News / LG HDR TVs at CES 2018 – 65-Inch Rollable OLED and 8K OLED Screens
This website uses cookies to improve your experience. We'll assume you're ok with this, but you can opt-out if you wish.Accept Read More
Privacy & Cookies Policy
Necessary Always Enabled
Share This