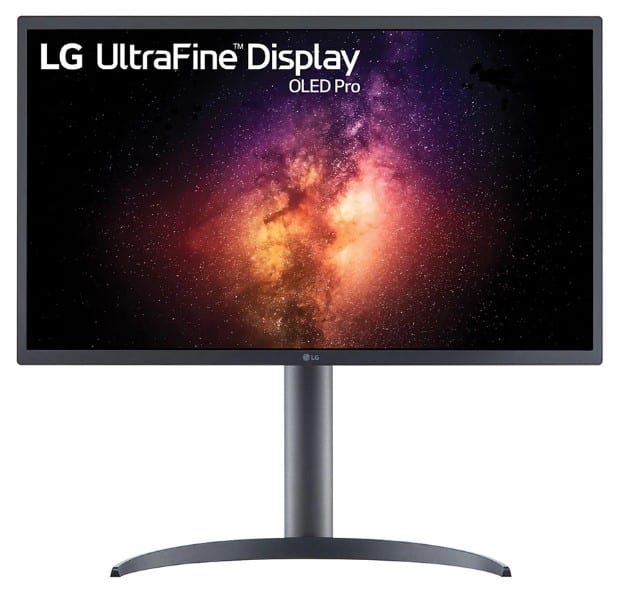 The LG UltraFine OLED Pro 32EP950 which was revealed last January 2021 at CES is now very close to reaching retailer’s shelves The model name sounds just like any other 32-inch 4K monitor, but what makes it special is the OLED Pro moniker which indicates what type of panel it uses. That’s right; we’re finally getting a proper OLED monitor that will be commercially available which hopefully doesn’t suffer from shortages or a premature EOL (end of life) status.

Gamers won’t like the information above, but the LG UltraFine OLED Pro 32EP950 is indeed tuned for prosumer consumption instead of entertainment. The monitor comes with several presets for editing work and hardware calibration for spot-on accuracy. It will also offer a 90-watt USB-C port for MacBooks and the like which are popularly used in this category.

It will also include two DisplayPort connections, a single HDMI slot, and three usable USB connectors for your accessories. The included stand will feature the latest ArcLine Neo aesthetic which is a fresher take on LG’s popular design for its premium monitors.

The LG UltraFine OLED Pro 32EP950 is scheduled to become available for orders at the start of summer this year. It will retail for €3999 in Europe initially, and it’s still unknown if this will be a global launch or if other regions have to wait for it to trickle down to them. Keep checking this page if you are interested in this monitor as we will update it as soon as more information becomes available.

Search
NEW
POPULAR
You are here: Home / News / LG UltraFine OLED Pro 32EP950 Incoming – Ready Your Wallets!
This website uses cookies to improve your experience. We'll assume you're ok with this, but you can opt-out if you wish.Accept Read More
Privacy & Cookies Policy