MSI has delivered awesome news about its latest gaming gadgets and gear in the ongoing Computex 2018 event in Taipei, Taiwan. MSI’s goal this year is to elevate their products to elite gaming status by adding the latest hardware and introducing new and unique technologies. Here are the most exciting MSI gaming products from Computex 2018: 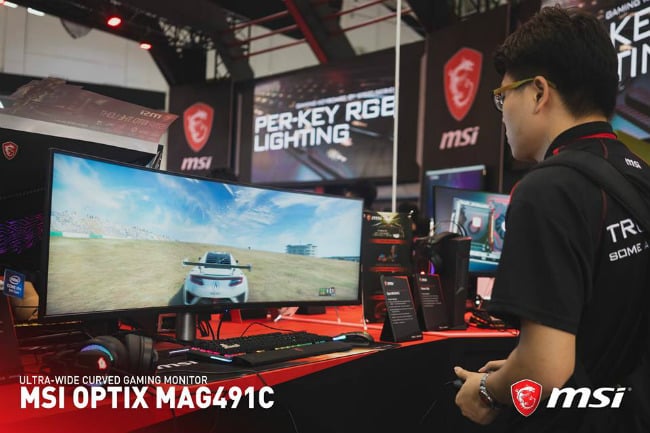 The MSI Optix MAG491C is the brand’s answer to the likes of the Samsung C49HG90 and the upcoming Asus VG49V. The monitor will have a 49-inch diagonal, 32:9 super ultrawide screen, and a 3840 x 1080 (DFHD) native resolution. Of course, the panel will go all the way up to 144Hz while also including AMD FreeSync for buttery smooth eye candy.

There are two fantastic things about the gorgeous MSI Optix MAG491C, aside from its sexy and sophisticated design. Users get to enjoy HDR400 capabilities which isn’t true HDR, but sufficient in adding gorgeous visual effects. It’s also excellent news that MSI will sell the MAG491C for only $999 at launch, which in retrospect, is $500 cheaper than the Samsung C49HG90 during its launch. 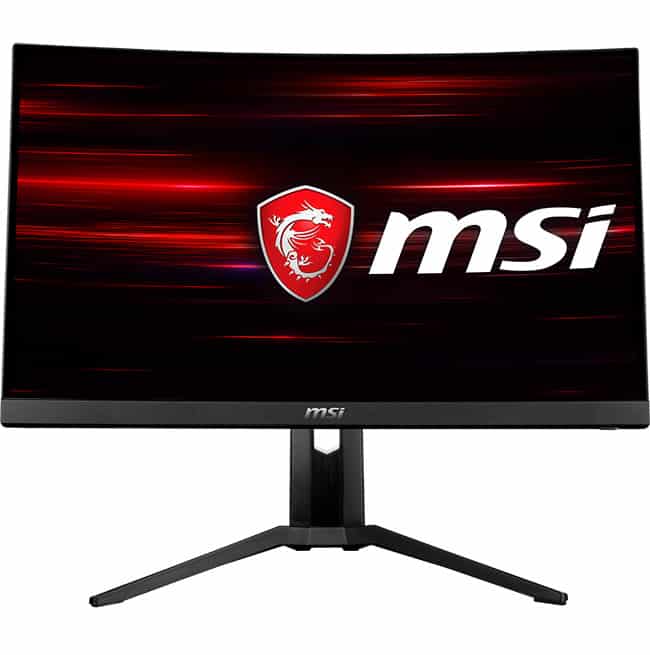 MSI also introduced two regular gaming monitors called the MSI Optix MAG271CR and MAG241CR which are shaping up to replace the already available models in the market. The two variants both sport the brand’s redesigned aesthetic which includes a three-side borderless display and a less gimmicky appearance.

The MSI Optix MAG271CR and MAG241CR will still include VA LED panel that can go up to 144Hz and a claimed 1ms response time. The products will also include MSI’s Gaming Echo function which synchronizes the RGB zones at the rear of the chassis with in-game audio and events. For convenience, the new Gaming OSD software of this new series will allow users to adjust the settings from the desktop, eliminating the need for pesky buttons. 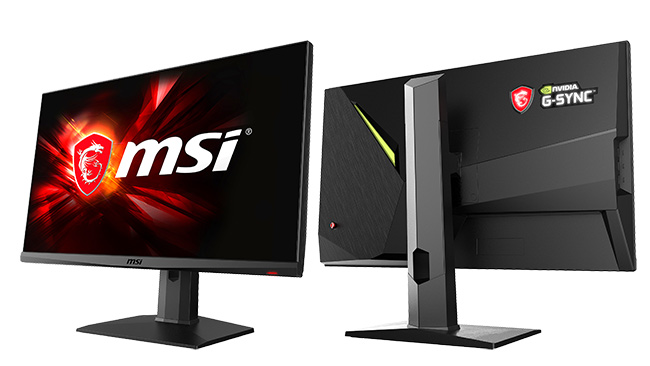 The MSI Oculux NXG251 G-Sync monitor aims to compete against established products like the Asus PG258Q and Acer XB252Q. This category focuses on high-end competitive gaming by combining a 240Hz refresh rate with G-Sync which is Nvidia’s exclusive Adaptive Sync system that comes with a premium. This set of specifications isn’t new, but MSI is claiming a 0.5ms pixel response time for their contender.

As early as now, we can say that we are already loving the MSI Oculux NXG251’s radical design which is distinctly aimed at gamers without over designing. The monitor will feature an asymmetrical aesthetic at the rear while users enjoy the borderless screen up front. Like all of MSI’s latest products, the Oculux NXG251 is imbued with Mystic Light RGB for synced up lighting effects with the brand’s other components. 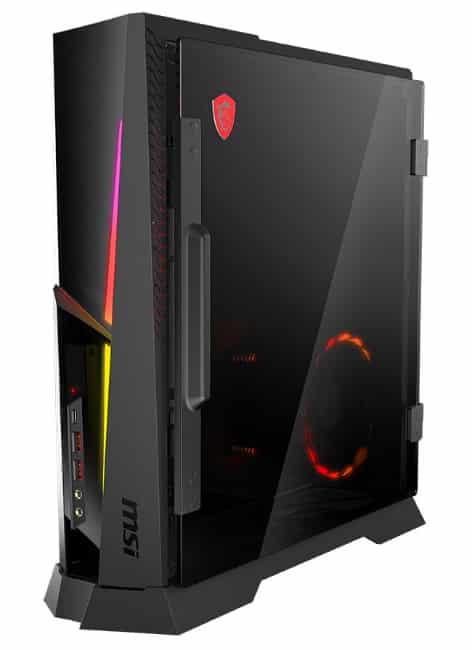 The MSI Trident A pre-built gaming desktop is the first of its class to use an SFX form factor PSU which contributes to bringing down the chassis’ size. The product will ship in a 12-liter case which holds an 8th Generation Intel Processor inside and an MSI desktop GPU. The hardware will enable the Trident A to power through most AAA games with ease despite its size.

The biggest question with computers built this way is always related to its thermals which can affect or throttle performance. The MSI Trident A will sport the brand’s Silent Storm Cooling system which uses three airflow streams to manage the heat. The SFF gaming PC will also have a tempered glass side panel and distinct Mystic Light RGB zones for eye-popping aesthetics. 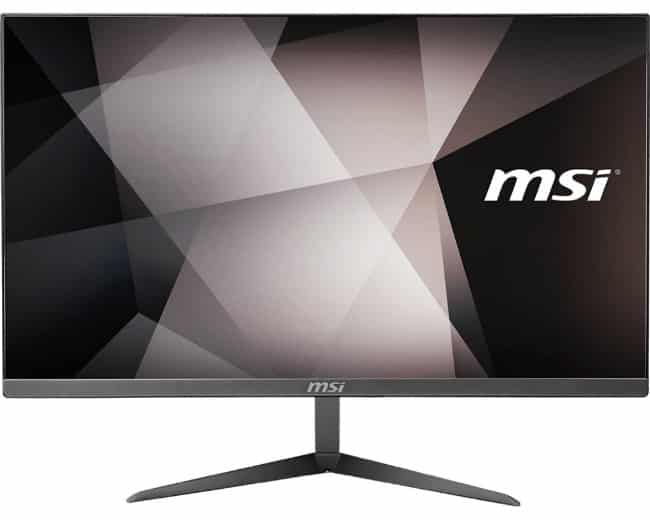 The MSI Pro 24X is just like any other modern and powerful All-In-One PC that packs the latest components into a slim and sophisticated form factor. The system will utilize Intel’s Kaby Lake-U processors along with Optane Memory support for fast and seamless operation. The final product will ship in a bevy of configurations according to your needs, making this the perfect solution for enterprise or business computing requirements.

The screen is a typical 1920 x 1080 IPS panel with anti-flicker technology for easy and comfortable use. However, MSI designed a mature and functional feature into the AIO called Raid Upgrade Design. This capability allows users to hotswap the 2.5” drives without opening the chassis. The product also includes TPM hardware-based security and maximized office network connectivity for intuitive control and data protection.

Editor’s Note: News that contain pricing and regional availability for the MSI gaming products from Computex 2018 mentioned above are still forthcoming. If you are interested, keep checking this page out where we will announce the latest developments as soon as they are available.

Search
NEW
POPULAR
You are here: Home / Reviews / MSI at Computex 2018 – New Gaming Monitors with G-Sync, Gaming Echo, and More
This website uses cookies to improve your experience. We'll assume you're ok with this, but you can opt-out if you wish.Accept Read More
Privacy & Cookies Policy
Necessary Always Enabled
Share This