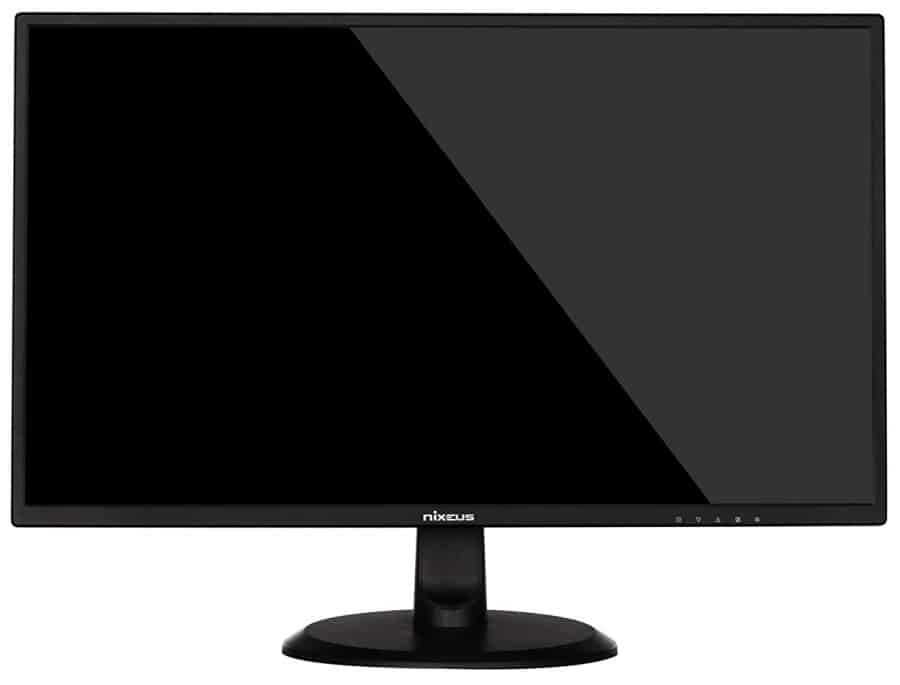 The Nixeus NX EDG27S V2 is an updated and improved variant of the EDG 27 which was one of the cheapest 144Hz IPS Gaming monitors. The US-based company isn’t as popular as brands like Asus or Dell, but their gaming monitor range has garnered a following due to their fantastic value. The Nixeus NX EDG27S V2 seeks to build further on its predecessor’s reputation, but does it actually offer massive improvements and value? 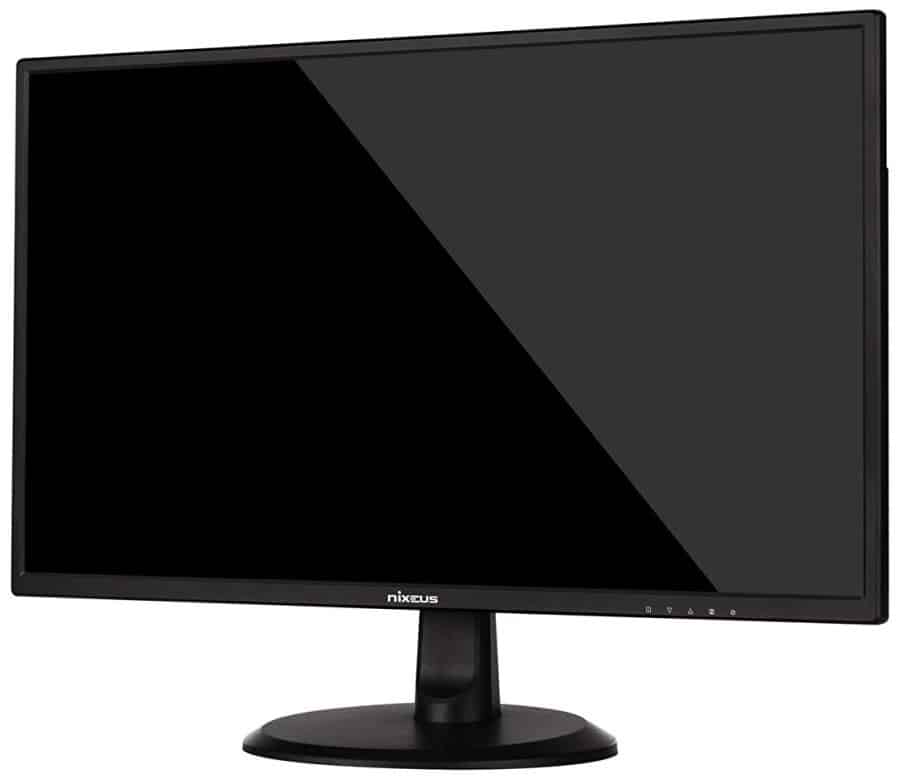 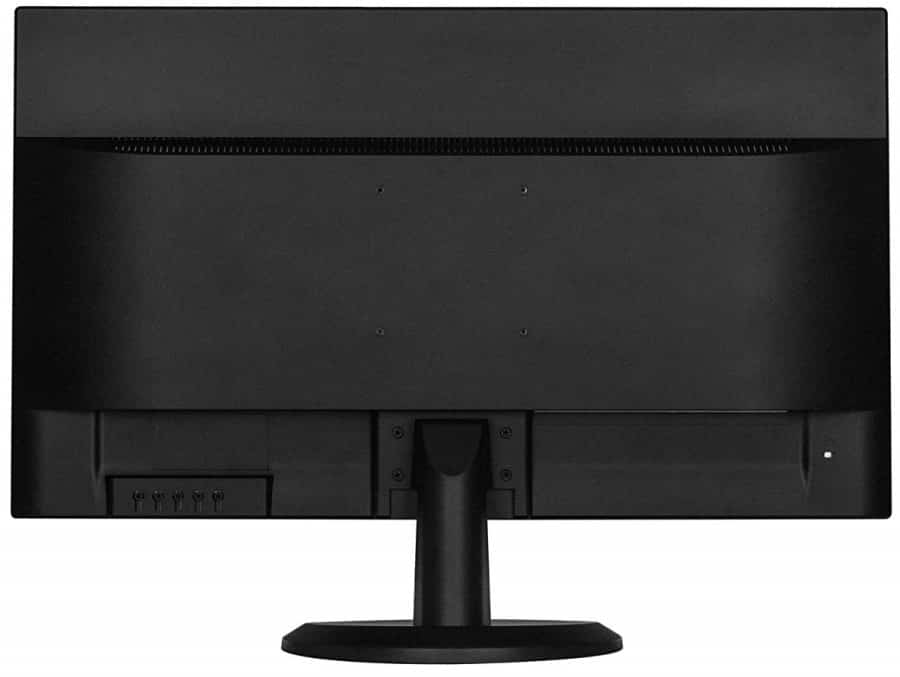 The Nixeus NX EDG27S V2 and its predecessors did not prioritize gamer-centric decorations, giving it a nice and clean look. The chassis comes in a textured matte black finish which feels nice to the touch and doesn’t attract grime or smudges. The bezel for this model is reduced to 12mm to help users enjoy the larger screen.

Build quality for the Nixeus NX EDG27S V2 is decent and we did not get a feeling of cheapness on the device. The premium feel of thicker plastic panels or refined metal accents aren’t part of the device, but it looks durable to withstand everyday use. The casing doesn’t show open seams or make creaking sounds even when you try to adjust the screen.

The Nixeus NX EDG27S V2 comes in two variants with no massive differences apart from the included stand. This S variant includes a tilt-only stand. Take note that you might need to use two hands to adjust the display since the mechanism is one of the stiffest we have tested. We recommend taking the non-S model if you don’t already have a VESA mount which adds cost if bought new.

The Nixeus NX EDG27S V2 doesn’t include a joystick or external remote since it is a budget-oriented product. Users are stuck with four pressable buttons on the lower right, which can get confusing at times. There are no labels, so you need to rely on what’s shown on the screen to get around the clunky menus.

The firm also modernized the Nixeus NX EDG27S V2’s layout, taking out older standards like HDMI 1.4 and DVI-DL. Instead, this newer variant includes DisplayPort 1.2 and dual HDMI 2.0 slots for video inputs, giving users more room for high-bandwidth devices. You also don’t get USB slots since they got cut out of the design which helped to reduce pricing.

The Nixeus NX EDG27S V2 managed to sneak in a pair of 2-watt speakers with audio in/out jacks. However, we know many will dislike the sound quality, which isn’t profound or powerful enough for gaming.

The Nixeus NX EDG27S V2 sports a 27-inch IPS panel with a 2560 x 1440 resolution,  144Hz refresh rate, and 4ms response time. A typical contrast of 1000:1 is listed along with a 300 cd/m2 backlight which isn’t powerful enough for HDR, but is sufficient for daily use. This model is one of the cheapest 144Hz IPS panels you can get outside of sales, making it a very attractive option for enthusiasts.

More 27-inch 1440p monitors are arriving in the market thanks to the popularity they are enjoying. This form factor is the default option for users who want a crisp and sharp screen with high refresh rates without dealing with the expensiveness of 4K. The pixel pitch feels just right since it eliminates softening without downsizing the objects on-screen to the point of requiring scaling.

The Nixeus NX EDG27S V2 is one of the most effective in its category when it comes to color output. The IPS panel is tuned for sRGB, but it slightly exceeds the gamut volume at 105%. Color accuracy hits a Delta E average of only 1.5, which is sufficient even for professional use. The screen, however, slightly looks too warm for some preferences, so some playing around with the color temp presets is a must.

You can push this rating further with a colorimeter, but for many, the extra cost is not worth it. Calibration will yield an ideal temperature and a massively improved Delta E average of only .5 which some prosumer models struggle to reach. Gamma will also be enhanced from an appearance that looks closer to 2.1 to 2.2.

The Nixeus NX EDG27S V2’s contrast is just as impressive as its color out, reaching an average of around 1200:1 across a variety of brightness levels. We recommend turning the backlight down to approximately 30 since its capable of 325 cd/m2 at max power. Unfortunately, calibrating the monitor will lower this to 1080:1, which still isn’t bad, but noticeable enough to mention.

The Nixeus NX EDG27S V2’s panel uniformity could use some improvements since it suffers from some clouding on the corners due to backlight leaks. Color uniformity stays within Delta E 2.8 from the D65 standard on other quadrants, but the edges are noticeable enough to disturb users. IPS panels are prone to these issues, but thankfully, no two are equal, so there is a chance that you can get a better unit.

Another limitation for the Nixeus NX EDG27S V2 is its motion handling which isn’t as fast as the premium models with an IPS panel. There is noticeable trailing on objects when movements are swift like when you swipe a mouse to aim across the screen. The monitor has an overdrive option which when set to its max level does clear up the image, although there are some persistent pixels which cannot catch up.

The Nixeus NX EDG27S V2 is a FreeSync gaming monitor with a 30Hz to 144Hz operational range, making it a great pair for AMD’s latest GPUs like the Radeon VII. This model works with G-Sync compatibility mode; however, there is no guarantee that it will work flawlessly since Nvidia did not certify the monitor. Input lag sits at 5ms, putting this monitor very close to the top options in the market.

The Nixeus NX EDG27S V2 offers excellent value if you consider all it can offer for under $400. The IPS panel provides outstanding color fidelity and contrast, although it could benefit a lot from colorimeter calibration. Motion handling could use some improvements, but input lag is impeccably low, making this device suitable for competitive gaming at a lower cost.

The Nixeus NX EDG27S V2 comes in two variants with the other having a more adjustable stand as opposed to the tilt-only mechanism on this model. We know many will pay for the premiums commanded by higher-end offerings, but $400 is tough to beat for a QHD IPS panel. If you are on a limited budget but want vibrant colors and fantastic gaming performance, the Nixeus NX EDG27S V2 is a superb pick.