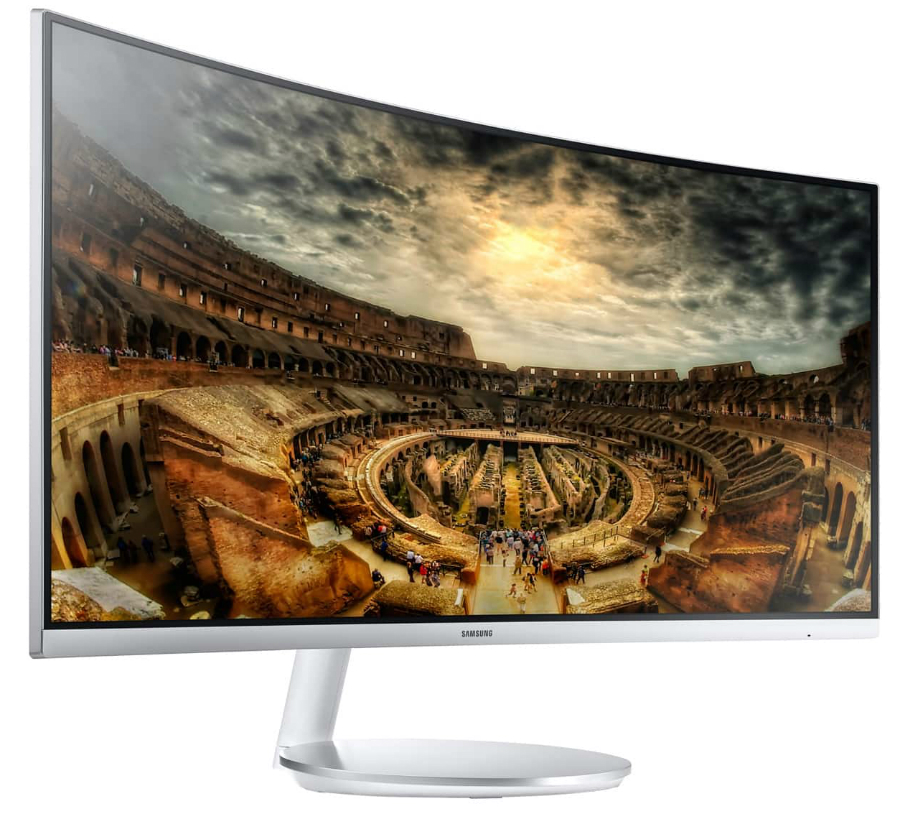 Samsung’s curved panels were a very interesting addition in the gaming market. Since their initial release, such gaming monitors have now found a niche but strong audience. Thankfully, the company is pushing the limits of its gaming-oriented panels and the latest C34F791 is a prime example.

The curved monitor has an UltraWide VA panel with a refresh rate of 100Hz. Though the variable range has not been confirmed yet, it is believed to start at 48Hz. That number will be very important as the monitor supports AMD’s FreeSync so gamers can take advantage of the Low Framerate Compensation tech. As usual, the main problem with a VA panel is the response rate which Samsung has officially marked at 4ms.

The 34-inch monitor will support resolutions of up to 3440 x 1440 with an aspect ratio of 21:9. The curvature of 1,500R apparently makes it the “most curved gaming monitor yet”. According to Samsung, it follows the outline of the human eye and allows users a more natural field of vision. Furthermore, their Eye Saver mode will reduce blue light to alleviate eye strain. The Flicker Free functionality will also help in that regard, particularly for long gaming sessions. Moreover, the screen has a very light matte anti-glare surface and viewing angles of 178/178 degrees.

Another feature of note is the Quantum Dot technology. Samsung has been applying this tech to a number of TVs in recent years and has recently started introducing it to gaming monitors too. In essence, Quantum Dot allows for better color reproduction, higher color saturation, and higher peak brightness. With a color gamut of 125 percent sRGB, users should expect to see very vibrant colors. All these features along with the 3000:1 contrast ratio will result in an extremely smooth gaming performance for those that have the hardware to support it.

Externally, the Samsung C34F791 looks very sleek. The bezels are almost non-existent and the curved nature of the screen make for a very immersive experience. The stand offers a lot of flexibility in tilt, swivel, and height too. The OSD is controlled by a joystick, a staple of gaming monitors worldwide. Though VESA holes are not visible in the press release images, a recent product video did show such functionality. On the back of the screen you will find a cover which hides two HDMI ports, a DisplayPort 1.2a that supports AdaptiveSync, two USB 3.0 ports, and a 3.5mm headphone jack.

Currently, the monitor is slated for a December release with a price tag of €1209. Pricing for the US has not been finalized. A pre-order listing, which has since been pulled, had a price of about $1000 though that might have been a mistake. More information on prices and availability will most likely arrive before or during the Christmas season so keep your eyes and ears peeled.