Recently Sony San Diego Studios released the details of the latest Custom Leagues feature in the MLB The Show 20. Although there are some clearly evident positives in the new feature, there are certain negatives too which might not go down too well with the Show users. 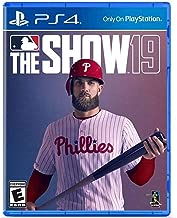 Furthermore, it’s worth highlighting that as per a December 2019 press release, Sony will be publishing ‘MLB The Show’ to other gaming consoles besides PlayStation by 2021. Here’s a quick look at the best and worst of the Custom Leagues in MLB The Show 20.

That it’s there – Getting the ability to play against your friends online is something that the fans have always wanted ever since the online franchise was withdrawn some years ago. In fact, such has been the popularity of the game that fans would rather use some tips to keep their eyes healthy than not enjoy the non-stop gaming action! Even though this is different, it’s nevertheless the return of the online leagues concept, and is something to be happy about.

Fluctuation of ratings in 40-man Roster Leagues – If you opt for 40- man roster, the roster updates will impact the ratings in the Custom League. The game welcomes the connection between your Custom League players and the MLB action in real life.

The league structure customisation – Commissioners are allowed to customise almost all the league aspects right from the beginning, including the number of innings per game, DH rule inclusion, the length of postseason as well as regular season series, difficulty levels in pitching and hitting, apart from various other things. The customisation options can be said to be quite on point from the purely structure perspective.