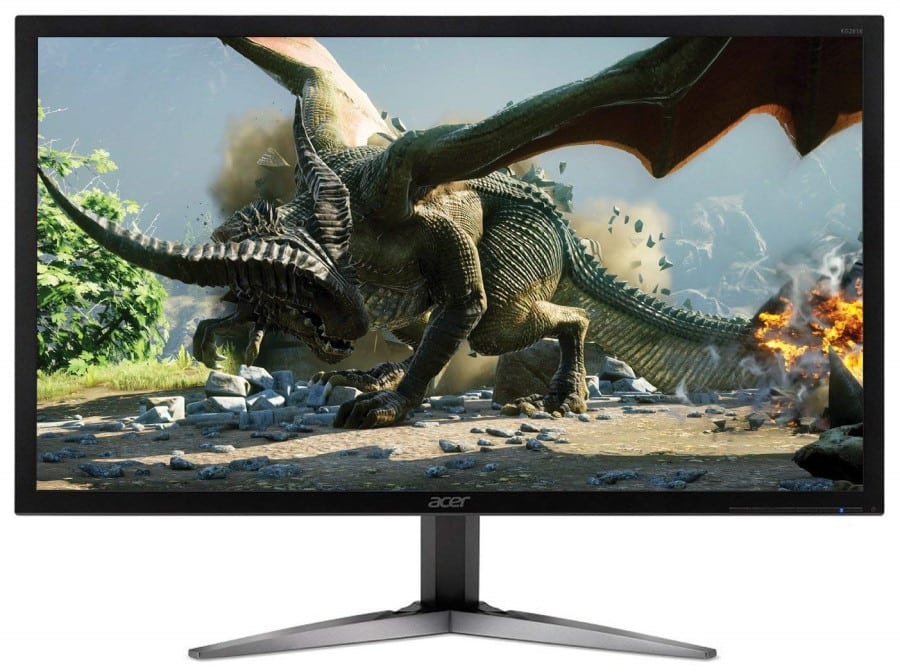 The Acer KG281K offers an easy to own package that revolves around a fast 4K screen that offers a lag-free and responsive gaming performance. This model is comparable to the Asus VP28UQG which sacrifices creature comforts and extras to bring agile UHD visuals closer to the masses. The Acer KG281K is a great pick if you want an all-essentials product and would rather save some cash, but what kind of value can we expect from it? 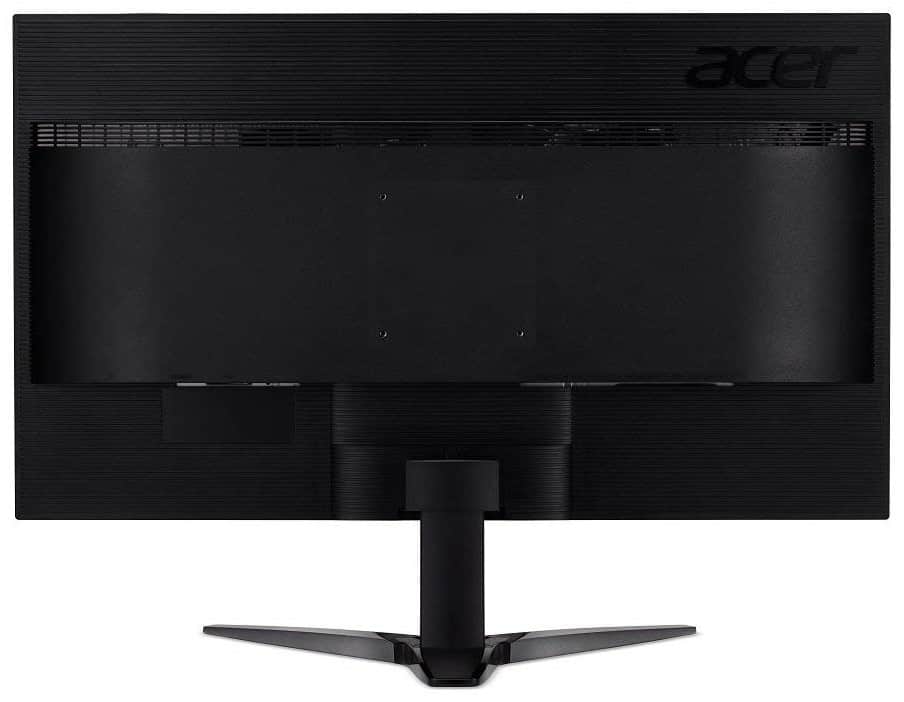 The Acer KG281K comes with a minimalist design, but its series never failed to portray a discrete gamer-centric appeal brought about by a few aesthetic details. The device has a nice, matte black finish which is easy to maintain and cleaner-looking as time goes by. This model isn’t bezel-free like most of the 28-inch TN UHD models, but the borders are within acceptable limits where they do not distract the user from the screen.

The brand’s build quality across its product ranges has always met our expectations, and the Acer KG281K is no exception. The plastics on the chassis feel solid and sturdy, plus the seams are perfectly matched and free from gaps. The budget-friendly orientation of this model isn’t generally felt, except when you try to lift it since its very lightweight.

One of the things we dislike the most in affordable options is the use of clunky OSD buttons instead of joysticks. We imagine the latter isn’t too expensive to implement for models like these, allowing users to navigate and manipulate the OSD with ease. At least, the buttons on the Acer KG281K are crisp and responsive, although it would take some time to memorize their functions, especially in the dark.

The flat chassis of the Acer KG281K is one of the most modest we have tested, but the base extends to the total depth of the device. Most users would opt for VESA mounting which is easy to do since the rear bulge will align easily, as long as the wall you are using is also reasonably flat. However, buying a 100 x 100 VESA mount will break the value proposition of the monitor, increasing your budget towards the direction of ergonomic options such as the Asus MG28UQ.

We mentioned the VESA mount because the Acer KG281K only includes a tilt-only stand which is sturdy and stable but is limited in flexibility. The penguin-shaped base cures the almost generic look of the monitor with its sharp angles and clean finish. For most users, this limitation shouldn’t be an issue, but we know many prefer articulated options even if they cost slightly higher.

The Acer KG281K extends its affordable nature towards its I/O panel which only offers DisplayPort 1.2 and two HDMI slots with 1.4 and 2.0 versions. There is also a 3.5mm audio jack for audio and a pair of 2-watt speakers which sound tinny and insufficient for gaming purposes.

The Acer KG281K sports a 28-inch TN panel with a 3840 x 2160 resolution, 60Hz refresh rate, and 1ms response time. A 300 cd/m2 backlight supports the panel and rated with a 1000:1 contrast ratio which is typical for monitors of this grade. We now have 4K 144Hz variants built for gaming, but 60Hz options like this device are still the widely accepted norm if you wish to play in UHD.

27 or 28-inch form factors is a good starting point for 4K screens since the pixel pitch is superbly spread out which avoids over sharpening the image. However, 4K variants like the Acer KG281K can still appear too sharp for users with anything less than 20/20 vision, so they end up using scaling which isn’t ideal for some applications. A 32-inch model is more preferable in this regard, but it also depends on your viewing distance from the display.

The Acer KG281K covers 96% of the sRGB gamut which isn’t too shabby as far as budget TN models go. However, the monitor would benefit tremendously from calibration since its accuracy is dismal at DeltaE 3.3. Some shades look over or under saturated, by games with simpler visual styles are not as affected as you would think. Color temperature is close to the ideal 6500K, but with a nice bias towards the cooler side for brighter and cleaner whites.

Calibrating the monitor with a colorimeter can lower the Delta E considerably, but it would be more practical to buy a more accurate option in the first place. At least contrast is commendable for the Acer KG281K, reaching 950:1 which falls within acceptable ranges for TN displays. The screen’s backlight also exceeds its rating, topping out at 348 cd/m2 which gives us a nice adjustment range.

We recommend turning down the backlight to a more comfortable level in the 20% to 40% range. Doing so will also help lessen the effects of the gamma which is slightly off at 2.1 which has a slight washing out effect on images. The screen isn’t perfect, but there are ways to work around some of its flaws to improve the overall appearance of the screen.

Uniformity for the Acer KG281K test unit isn’t very good as well due to some clouding issues which affect its black level and grayscale uniformities. Some quadrants near the corners look slightly washed out when viewing a black image, but it’s less noticeable when there are several colors on display. This flaw is caused by the deviations in the backlight which reached a difference of 30 cd/m2 from the center to the sides.

Motion handling is one of the stronger suits of the Acer KG281K since it is a TN panel which is widely known to have the fastest pixel response time out of the lot. However, the monitor lags behind better options like the aforementioned Asus MG28UQ with some blurs and smudges more noticeable when compared. We recommend pumping up the overdrive feature a bit to clean the screen, but be careful not to use the maximum level since it induces overshoot or advanced ghosting which is far worse than the blurring.

The Acer KG281K is a FreeSync monitor with a functional range of 40Hz to 60Hz which is short, but essential for 4K graphics. The monitor should work with G-Sync compatibility mode; however, it isn’t guaranteed since this model is not certified. Input lag is excellent at 10ms, meaning users will not experience more than a frame of delay while playing games.

Thoughts on the Acer KG281K

The Acer KG281K is a fantastic option if you are after the best value in the 4K market, but it incurs a considerable amount of imaging issues which is difficult to correct with a few OSD tweaks. The colors, grayscale, and black uniformity of the screen could use some improvements, but that could change if the specimen you get includes a better panel. On a positive note, the monitor is responsive and lag-free so that you can enjoy a gaming session with no “de-synced” instances.

The Acer KG281K includes some of the best qualities of its upmarket cousins, but it lacks the punch we’re looking for in the imaging department. It’s a viable 4K gaming display for cheap, but there are better options in the market for a few more bucks.