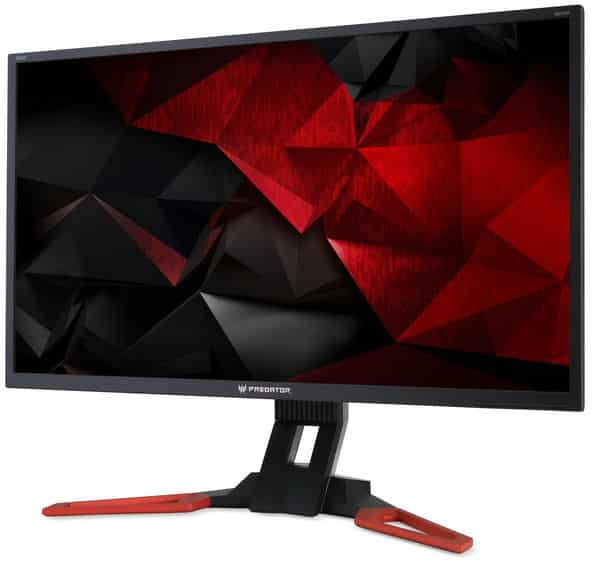 In this article, we will compare two 4K good G-sync gaming monitors from Acer, the Acer XB321HK, and Acer XB271HK. We’ve got a 27-inch 4K monitor and a 32-inch 4K monitor. Both of them have a 4 millisecond response time, both of them have G-Sync, both of them are IPS panel which means you’re going to have great color reproduction as well as viewing angles. The stands are also very similar as well, although the 32-inch one does take up a little bit more space on your desktop, and it mounts a little bit differently. The 27-inch version’s monitor arm comes detached from the display, and you have to click it into place yourself. Where the 32-inch version comes pre-mounted with the monitor arm. The 32-inch have maintained height adjust as well as tilt which I appreciate very much. I see a lot of monitor manufacturers throw out some of these features, their reason being that it is not needed on larger gaming displays. But they are critical ergonomic features for a monitor small or big.
Switching over to the 27-inch version do you have that tilts as well as height adjust but you also get your pivot and swivel so you can turn the monitor on a full 90 degrees if you want to put it in a portrait orientation. Going to the back, you’re not going to find much difference ascetically. They both look relatively identical and have the same inputs, DisplayPort, HDMI as well as USB 3.0, so you can connect devices right into the monitor. The small difference is that the 32-inch version have a larger bezel all around the display, whereas, the 27-inch just has a thick bezel at the bottom and virtually no bezel at the sides.

So obviously after getting a 4K monitor, some of the first things I wanted to do right away were to take a look, at how it performs in gaming situations. I wanted to see what it was like to finally sit and play on a 4K gaming monitor with G-Sync. Not having to worry about any tearing, stuttering, and lag. The first game I played was Tom Clancy’s Division, and I just cranked everything up with 4K on my two 980 Ti. It looked amazing, but holy crap does it take a hell of a system to drive 4K! I mean, I’ve always known that. But sitting down and trying to play these games in 4K for a sustainable amount of time makes it very apparent. And you have to make the choices between, do I want to dial back some of these settings, do I want to dial back some of the effects within the game or would I rather drop down the resolution. And for me, I came to the decision of dropping down the resolution relatively early on for more demanding titles like Tom Clancy’s: The Division, which thankfully has excellent anti-aliasing built into the game as well as super- sampling which was necessary on a 32-inch screen.

On the 27-inch screen that wasn’t as much as big of a deal. If you wanted to drop the game down to 1440p on a 27-inch screen, it is virtually identical to playing on a 60 Hertz 1440p monitor. But in the 32-inch, you do, you have a bigger display there, so it’s stretching out that 1440p image a little bit more and anti-aliasing was more of concern. I was able to play The Division at 1440p on the 32-inch screen, and I was getting that buttery smooth 60 Hertz.
I know I’m probably going to break some people’s hearts by telling you that I was happy at 60 Hertz coming from 144 and even 165 Hertz. I am willing to make that sacrifice for games so that I can have the extra screen real estate. When I was playing these more demanding games dropping it down to 1440p was not a big deal to me whatsoever. But on the titles that I could take the full advantage of 4K, It was incredible to experience them in 4k.
You know what I am talking about when you see it in person. Things like textures are so over enhanced on games with 4K textures like The Division and Rambo 6 Siege. When you look at these games with UltraHD textures on a 4K monitor, you finally start to appreciate your expensive 4k purchase. 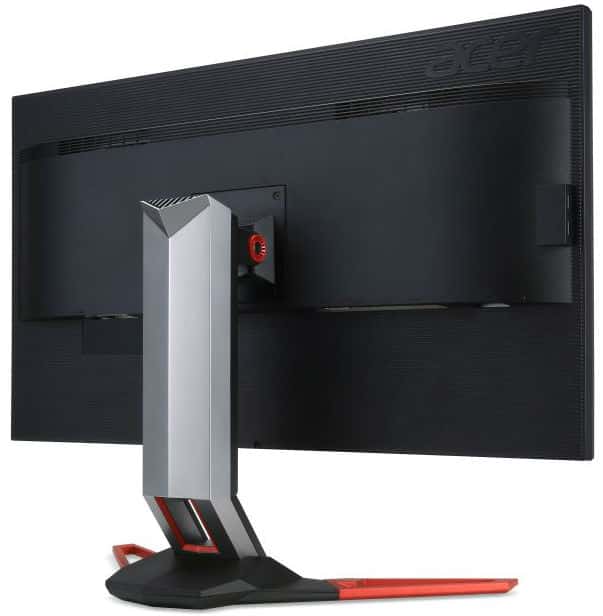 So let’s circle back to the desktop experience of these screens and using them for video- photo editing. Having a full 1080p preview window is great. I love being able to work in that space and having plenty of room to put all of my files and being able to work on a single monitor without any compromises whatsoever. The fact that they have IPS panels and 100% sRGB is another huge added benefit to me as a content creator and a gamer.
The on-screen display is navigated through buttons just on the front of the monitor. Nothing special to highlight here but I did appreciate that I could dim the blue power LED when the monitor was in use, that was pretty nice. They’ve also got some custom game mode settings in here so you can do things like different profiles if you want for different game modes. Before we conclude this article, I would like to touch on one more subject. It’s the backlight bleed which I didn’t find any on the 32-inch monitor. The 27-inch monitor did have a little bit of IPS glow in the bottom left corner that was slightly warm but not any bad backlight bleeding, so that is great.

The white uniformity that I tested as well on both panels was super accurate and even all the way across the board. I also tested for some ghosting using the standard Redbox test and UFO test. I could see small amounts of trailing. In games, it wasn’t an issue having that 4 millisecond response time. You shouldn’t have to worry about the four millisecond response time versus like one millisecond. Personally, I would choose the IPS panel and sacrificed a few milliseconds of response time at any time.
To summarize and conclude we’ve got two 4k gaming monitors at 27 inches and 32 inches. The 27-inch is listing at $850, and the 32 inches is at $1250 at the time of writing this article. If I chose between these two monitors, I would choose the 32-inch monitor. If I didn’t have the money for it, then I would rather wait until I had more money to get the 32-inch monitor, because I would rather have, not to deal with any pixel scaling or anything like that. In many programs, it’s not an issue but in some others it is. However, if you primary want to use the monitor for gaming, then I’ll probably stir you towards the 27-inch 4k gaming monitor because I feel you’re going to get a better experience especially on more demanding titles where you have to scale back the settings to 1440p. You’re not going to need as much anti-aliasing when playing on a 27-inch version with 1440p. I found that I could use about two times anti-aliasing at 1440p. Compared to when I was playing on the 32-inch monitor. I needed a little bit more horsepower to either, A, drive the anti-aliasing a little bit more, or B, to be able to get the full 4K resolution so that you’re not having to deal with any sharp edges because of the larger screen size at a resolution of 1440.

Either way, if you are playing at the full 4K on either one of these monitors you’re going to have a fantastic experience. The pixel density on the 27-inch is going to be a little bit tighter, but it’s not an issue. 32 inches is fine; you’re not going to experience any image degradation. I don’t think you’ll start to see that until you get up to around 40 inches plus. Even sitting very close to the monitor I didn’t notice so much difference between them.

Search
NEW
POPULAR
You are here: Home / Reviews / Monitor / Acer XB321HK and Acer XB271HK Comaprison- Two similar 4k Gaming Monitors with Gsync
This website uses cookies to improve your experience. We'll assume you're ok with this, but you can opt-out if you wish.Accept Read More
Privacy & Cookies Policy
Necessary Always Enabled
Share This