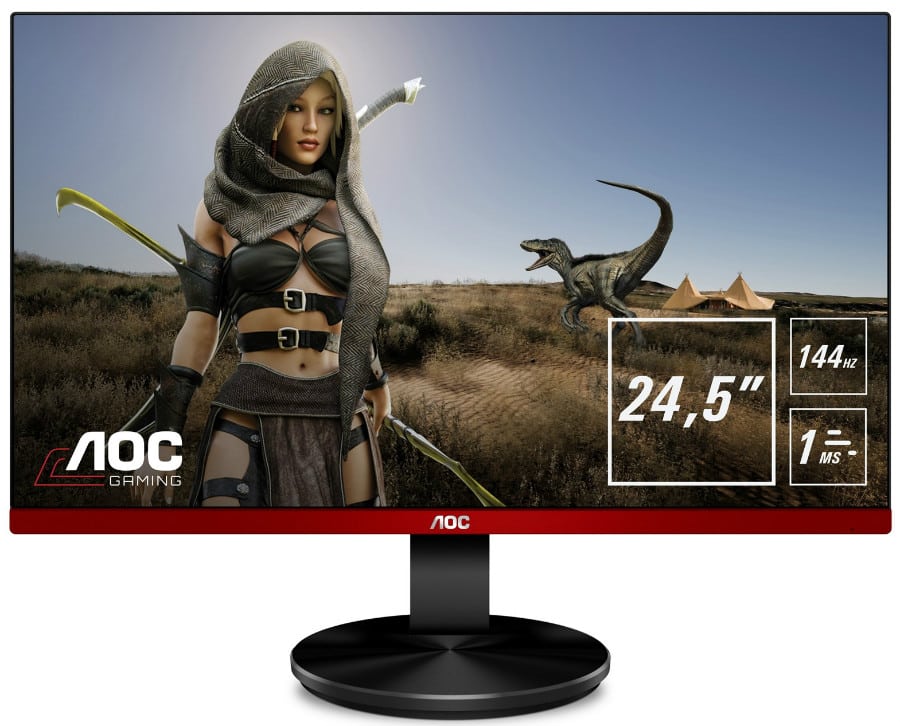 The AOC G2790PX is a recently announced gaming monitor that will offer a 144Hz refresh rate and FreeSync in a beautifully designed bezel-free chassis. This new offering, along with the 24.5-inch 75Hz AOC G2590VXQ and the faster 144Hz AOC 2590PX aims to extend upon the existing G-Series monitors which include the AOC G2460PF. The latter proved its might in performance despite the superbly low price, making it interesting to see how the AOC G2790PX and its siblings stack up to the reputation. 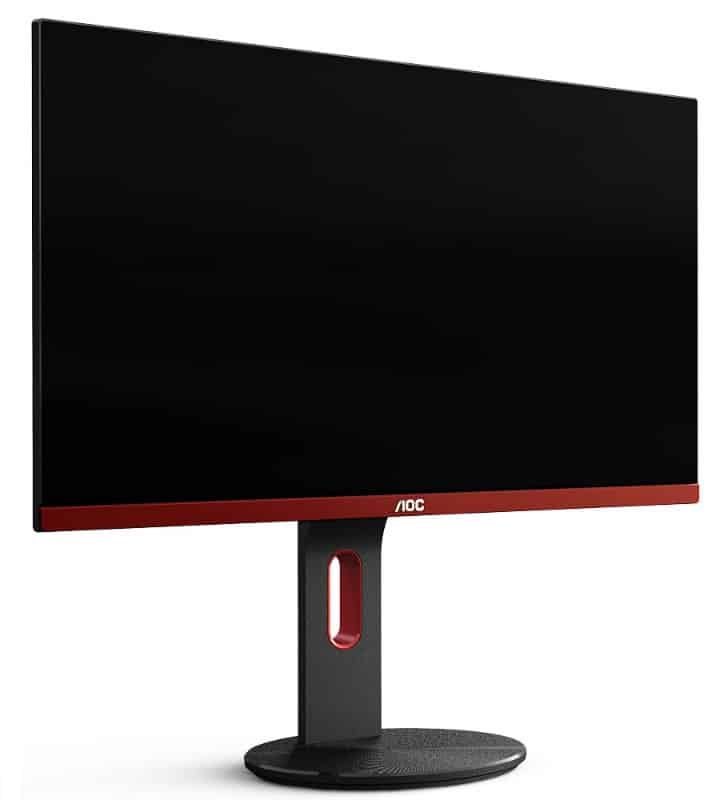 The AOC G2790PX will arrive with an aesthetic treatment which is adequate for today’s tastes and can be considered highly competitive in the product’s respective segment. The screen is bezel-free save for the red strip on the bottom, which adds a hint of gamer-centricity without overdoing it. However, this treatment is composed of a dual stage frame which blends in with the screen.

This design isn’t typical with 1080p 144Hz monitors which use thicker, single stage bezels such as the AOC Agon AG251FZ, which is an upmarket variant. Most of the device’s exterior comes in matte black with subtle hints of red in the right places, just like the aforementioned G2460PF. The proportions of the product are within reasonable limits judging from the preliminary images, although we would prefer a more geometrical base over a circular one.

One of the aspects of the G-series monitors we love it’s the fantastic connectivity layout which offers more than you will ever need. The I/O panel on the AOC G2790PX includes DisplayPort 1.2, two HDMI 1.4 slots, a VGA port and four USB receptacles for accessories. There is also a pair of 2-Watt speakers built into the chassis, although we couldn’t imagine any serious gamer preferring these over gaming headsets or speakers.

Despite the affordability of the AOC G2790PX and its cohorts, they will all include fully ergonomic stands which are also removable. Height, tilt, swivel, and pivot are all crucial articulation points for an excellent gaming monitor, especially those equipped with TN panels. These three models would also look sexy on a wall mount or aftermarket armature since all three will be VESA compatible.

The AOC G2790PX sports a 27-inch TN panel with a 1920 x 1080 resolution, 144Hz refresh rate, and 1ms response time for extremely responsive and smooth gaming visuals. All three models will use TN variants bases on AU Optronics panels we’ve seen on some the more recent releases. Other specifications include 1000:1 static contrast ratio and 400cd/m2 of brightness.

The displays will utilize a 6-bit+FRC interface which can produce comprehensive sRGB gamut coverage, although it’s obvious we can’t expect IPS-grade vibrancy. All screens will have medium matte AG coatings similar to what the G2460PF already which has minimal effects on the clarity and colors of the screen. From the looks of things, the AOC G2790PX offers an overused, but the highly reliable formula of capabilities in a freshly designed, attractive package.

All three monitors will come packed with gaming features designed to enhance your experiences and maybe provide a competitive edge for your conquest. The AOC G2790PX and its brothers have a Low Input Lag bypass mode which reduces extra processes to help the system focus on reducing latency. We are not yet sure how effective or substantial this overdrive feature is in practice until we have tested and reviewed any of these three models.

Another feature which the firm is proud to announce is the AOC G2790PX’s Shadow Control which customizes the screen’s gamma curve. Using this feature will lighten up the darker shades of different environments such as those with low lighting. This add-on aims to give you a competitive edge by making opponents and objectives easier to see, although we feel that it will have some effects on the color accuracy.

Finally, the AOC G2790PX, along with the G2590VQX and the G2590PX will come with FreeSync to reduce stuttering and tearing without inducing input lag. All implementations will start at 30Hz all the way up to the maximum threshold. Buttery smooth visuals are guaranteed with these three models, plus due to the wide range, users will also get to enjoy LFC (Low Framerate Compensation).

Thoughts on the AOC G2790PX

The AOC G2790PX and its 24.5-inch variants are exciting additions to an already reliable line of gaming monitors from the brand. We love the refreshing designs which make these three models more than ideal for multi-display setups and suited to today’s meticulous tastes. We don’t know what to expect regarding performance, but we’d be delighted if it at least performs on par with the G2460PF.

If you are interested in the AOC G2790PX, we are pleased to announce that it is not starting to ship across the globe as we speak. The AOC G2590VQX and the AOC G2590PX will follow shortly on January and February next year. Stay tuned for the latest updates as we will try to secure a review model when it becomes available.