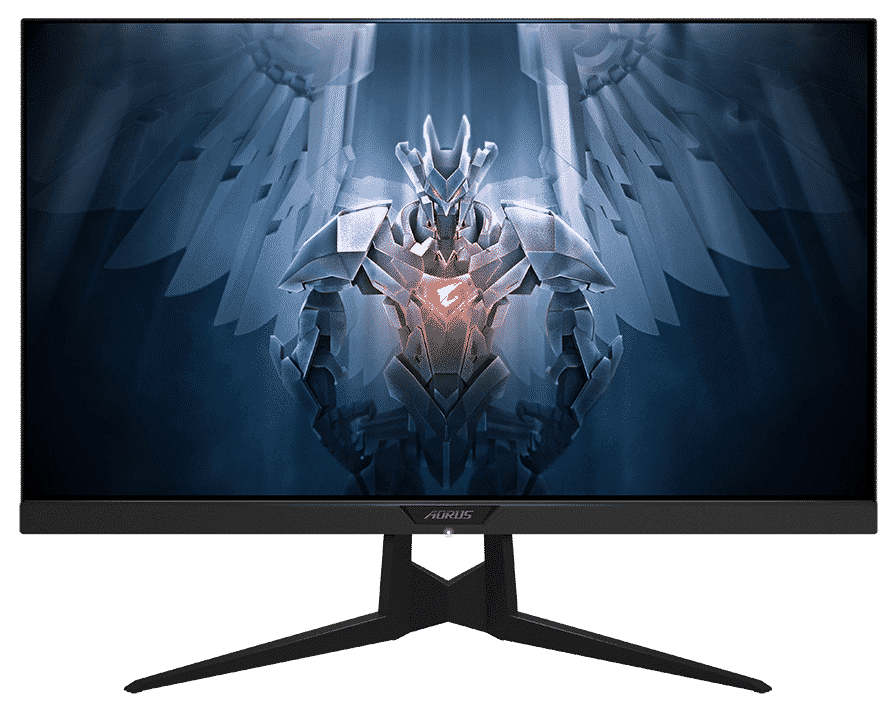 The Aorus FI27Q-X is a unique gaming monitor that promises extreme vibrancy, speed, and exclusive features that are difficult to resist. The monitor presents a few upgrades like its improved audio solution and HBR3 for better image quality. The Aorus FI27Q-X faces a lot of competition like the Alienware AW2721D, but can its extra gear and performance edge out the best? 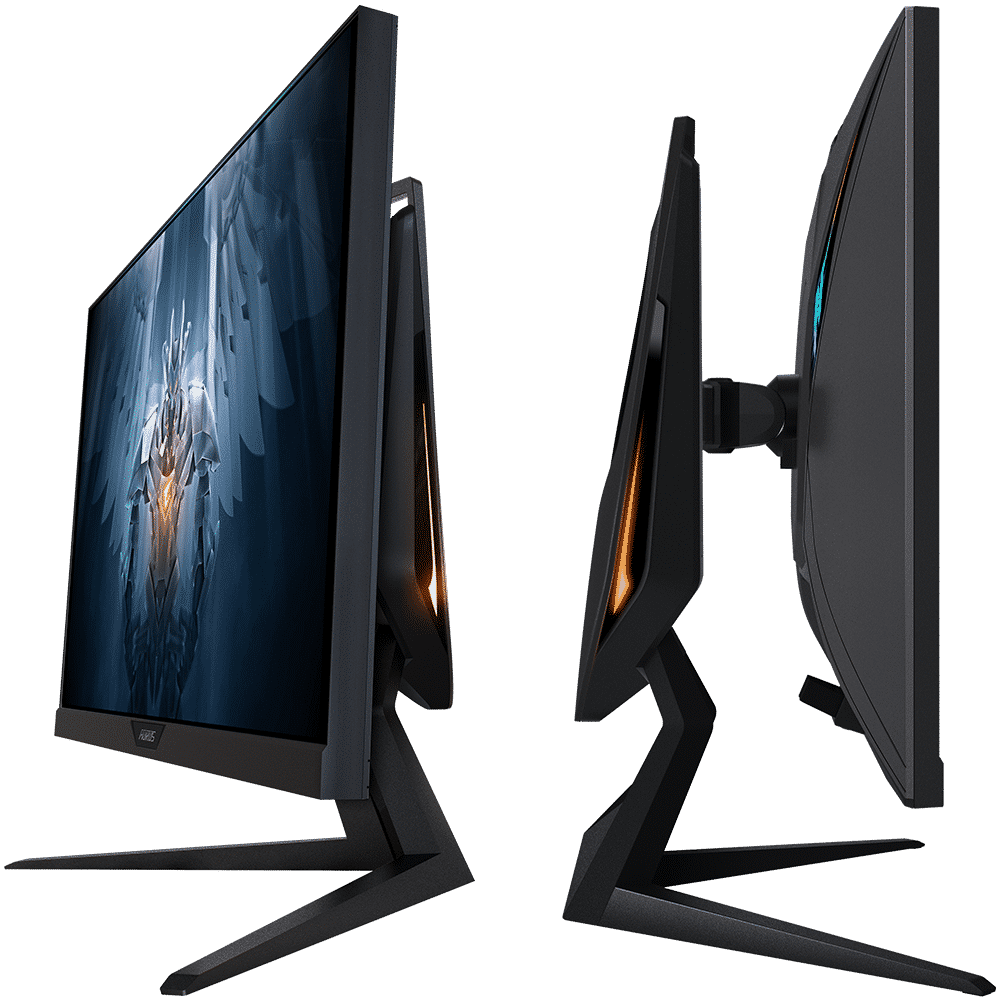 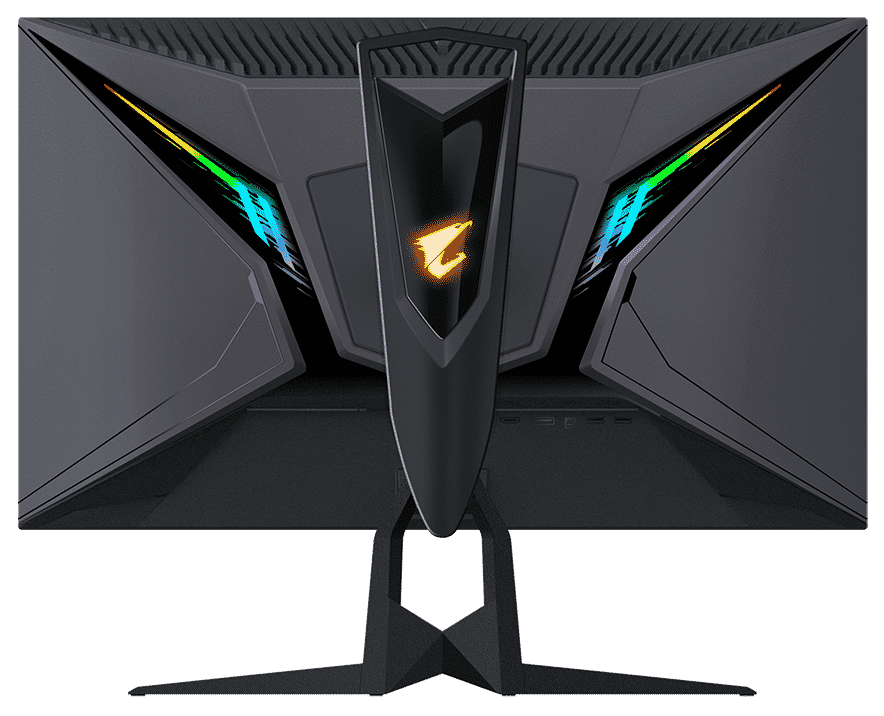 The Aorus FI27Q-X’s aesthetics doesn’t change a lot from its predecessor, but it does have some key upgrades to offer. The monitor has a matte black finish, but it has glossy accents that are laden with RGB. The screen is bezel-free on three sides, but you will still inner borders when it’s in use.

It isn’t the biggest monitor we’ve handled, but the Aorus FI27Q-X does have quite the heft for a 27-inch model. It takes up space more than other models, but the V-shaped base leaves a lot of room in the middle for small peripherals. This also means that it isn’t portable, but you do get a carry handle with it if you rearrange your room often.

Build quality for the Aorus FI27Q-X is fantastic thanks to its material engineering and overall design. The plastic panels feel reinforced and thick enough to withstand a few hits, plus the monitor uses lots of metal for structural strength. The screen doesn’t wobble at all so you can keep the attractive stand and its RGB lighting.

One of the signature traits of the Aorus FI27Q-X is its RGB lighting synchronizes with Gigabyte’s RGB Fusion 2.0. The monitor has wing-shaped LED strips at the back and two more plus the eagle logo on the stand’s pillar. The lights are bright enough for bias lighting, but you have to place it close to a wall with the lights out.

The Aorus FI27Q-X has an OSD joystick at the bottom for easy access, but it also works with the Aorus Sidekick app for Windows. The latter is far easier to use since you can apply tweaks with your mouse and keyboard. It’s always nice to see implementations like this for gaming monitors since tweaking its features will be part of its intended usage scenarios.

The stand included with the Aorus FI27Q-X offers tilt, swivel, pivot, and height adjustments like most premium monitors. This gives you the ability to set a comfortable view angle that’s preferable for extended periods of gaming. You can swap this part with a VESA mount, but it’s an unnecessary spend and you lose some of the RGB lights.

The Aorus FI27Q-X has plenty of connectivity features to suit your setup’s needs. The panel includes DisplayPort 1.4, two HDMI 2.0 slots, and three USB 3.0 connectors for accessories. You also get two 3.5mm jacks for audio input and output that use the monitor’s ANC 2.0 feature.

What’s particularly important about the Aorus FI27Q-X’s ANC 2.0 feature aside from its 120dB signal to noise ratio is its support for 600-ohm headphones. It doesn’t sound as good and powerful as a full-blown amp setup, but its quite potent. It can run audiophile cans like the Beyerdynamic DT990, so it should be good enough until you are ready for a dedicated amp and DAC setup.

The audio features of the Aorus FI27Q-X also come in handy since it doesn’t include speakers in the package. Its forgivable since competitive gamers will most likely use headphones for better focus and immersion. However, expensive models should include a pair just to add value to every dollar you have to spend.

The Aorus FI27Q-X sports a 27-inch IPS panel with a 2560 x 1440 resolution, a 144Hz refresh rate, and a 0.3ms MPRT response time. The backlight has a typical brightness of 400 cd/m2, while the contrast ratio is listed at 1000:1 like most IPS monitors. This model is still limited to HDR 400 certification, so we can’t expect deep contrasts and dynamic range from it.

1440p and 27-inch screens are perfect since they offer the best balance between sharpness and legibility. You won’t struggle with reading, but games and images will become noticeably sharper and crisper. Take note that you will need a meaty GPU to drive this monitor if you want to play games close to its 240Hz limit.

The Aorus FI27Q-X is capable of fantastic color quality with its full sRGB, 99.5% Adobe RGB, and 95% DCI-P3 coverages. Default accuracy is equally impressive since the deltaE average sits at only 0.96 which is great for a gaming variant. Most users will be happy with it after a few tweaks to its features and brightness.

Calibrating the Aorus FI27Q-X isn’t beneficial for gamers since the improvements won’t be tangible for daily use. Using a colorimeter did improve the dE average to 0.74, but that’s a small step compared to the results from alternatives. We only recommend doing it if you already have the gadget or if color-critical work is involved.

Another important capability of the Aorus FI27Q-X is its HBR3 feature on its DP 1.4 slot which provides a bandwidth of up to 32.4 Gbit/s. This means that you can enjoy 1440p at 240Hz, HDR, and 8-bits of color while gaming. Monitors will drop the color depth if they don’t have HBR3 at 240Hz, so this a big deal for enthusiasts.

The backlight on the Aorus FI27Q-X managed a 448 cd/m2 maximum, but its contrast is limited to 990:1 at 40% backlight. You have plenty of room to dial in a balanced appearance, but you can’t expect deep blacks with this model. It can fight off glare but using it in the dark means that low-light scenes may look washed out.

Panel uniformity is always a mixed back, but the Aorus FI27Q-X provided some good results when measured with a colorimeter. There are no considerable light leaks on the monitor’s edges and the variances in color and brightness are unnoticeable. The monitor looks great, but be warned that this aspect differs wildly between every unit.

The Aorus FI27Q-X’s other superb characteristic is its motion handling and pixel response time. Most users won’t notice blurring or persistence. The product has overdrive but use it sparingly if you can reach the maximum refresh rate to avoid overshoot. You won’t have problems with clarity and transitions in fast-paced games like Valorant or Warzone.

The Aorus FI27Q-X is compatible with both FreeSync and G-Sync to help keep your frames smooth. This nice to have since both GPU brands have very powerful offerings now, and you won’t be limited by exclusivity. Input lag sits just under 3ms at 240Hz, so there is no need to worry about delays with this model.

Thoughts on the Aorus FI27Q-X

The Aorus FI27Q-X is a fantastic gaming monitor option for enthusiasts with its solid imaging and audio performance. The screen fulfills the brand’s guarantees in color quality, plus you get a lot of nice extras. The design hasn’t changed, but it is still a good-looking, RGB-equipped option even in 2021.

The only caveat we can see for the Aorus FI27Q-X aside from its limited contrast and HDR is the price. It’s currently sold at £645 in the UK, and that equates to almost $900 in the US. It’s a fantastic and very capable gaming display, but you have to pay top dollar to own it. 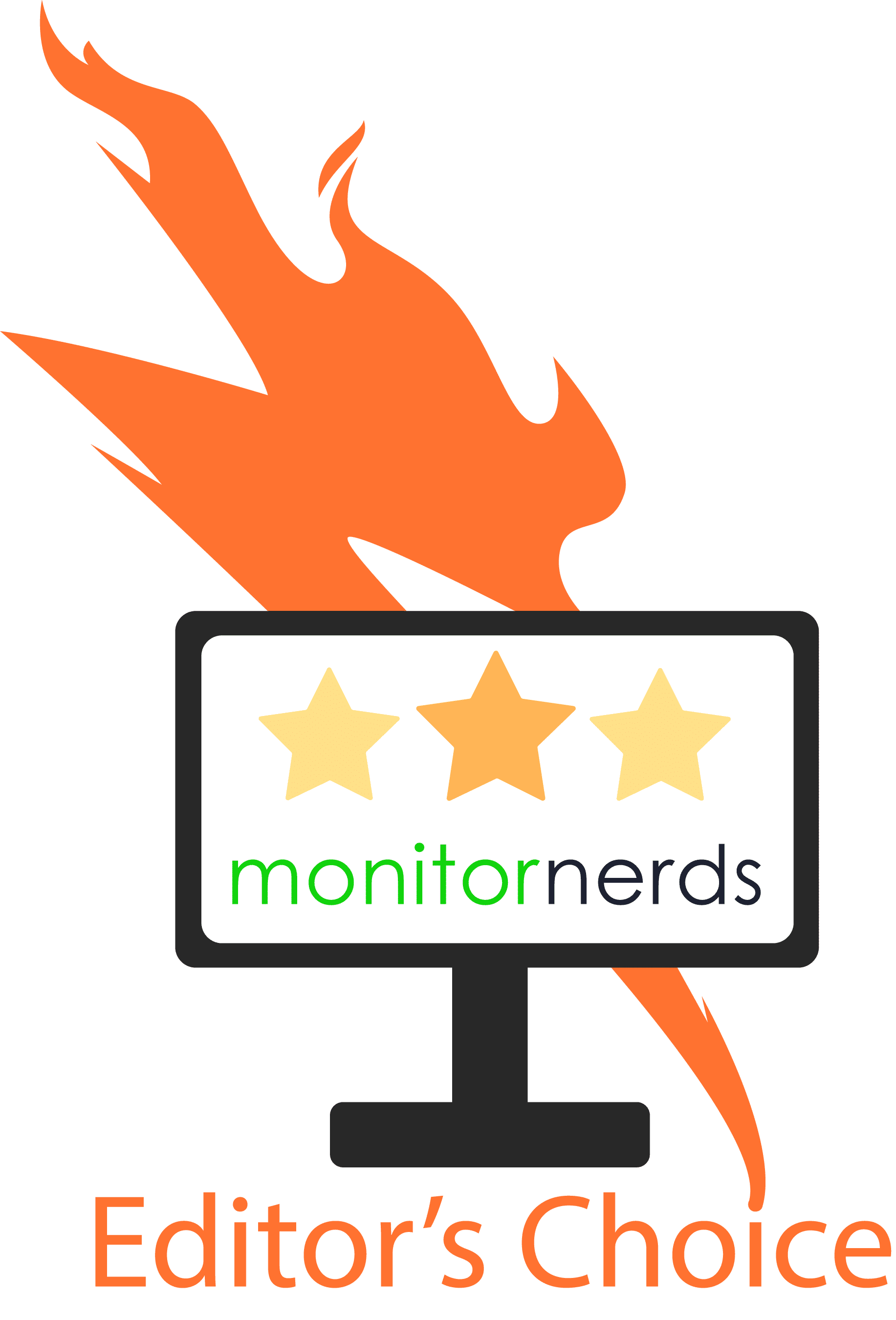 Search
NEW
POPULAR
You are here: Home / Reviews / Aorus FI27Q-X Review – 240Hz 1440p Monitor with HBR3 and ANC 2.0 – Editor’s Choice
This website uses cookies to improve your experience. We'll assume you're ok with this, but you can opt-out if you wish.Accept Read More
Privacy & Cookies Policy
Necessary Always Enabled
Share This