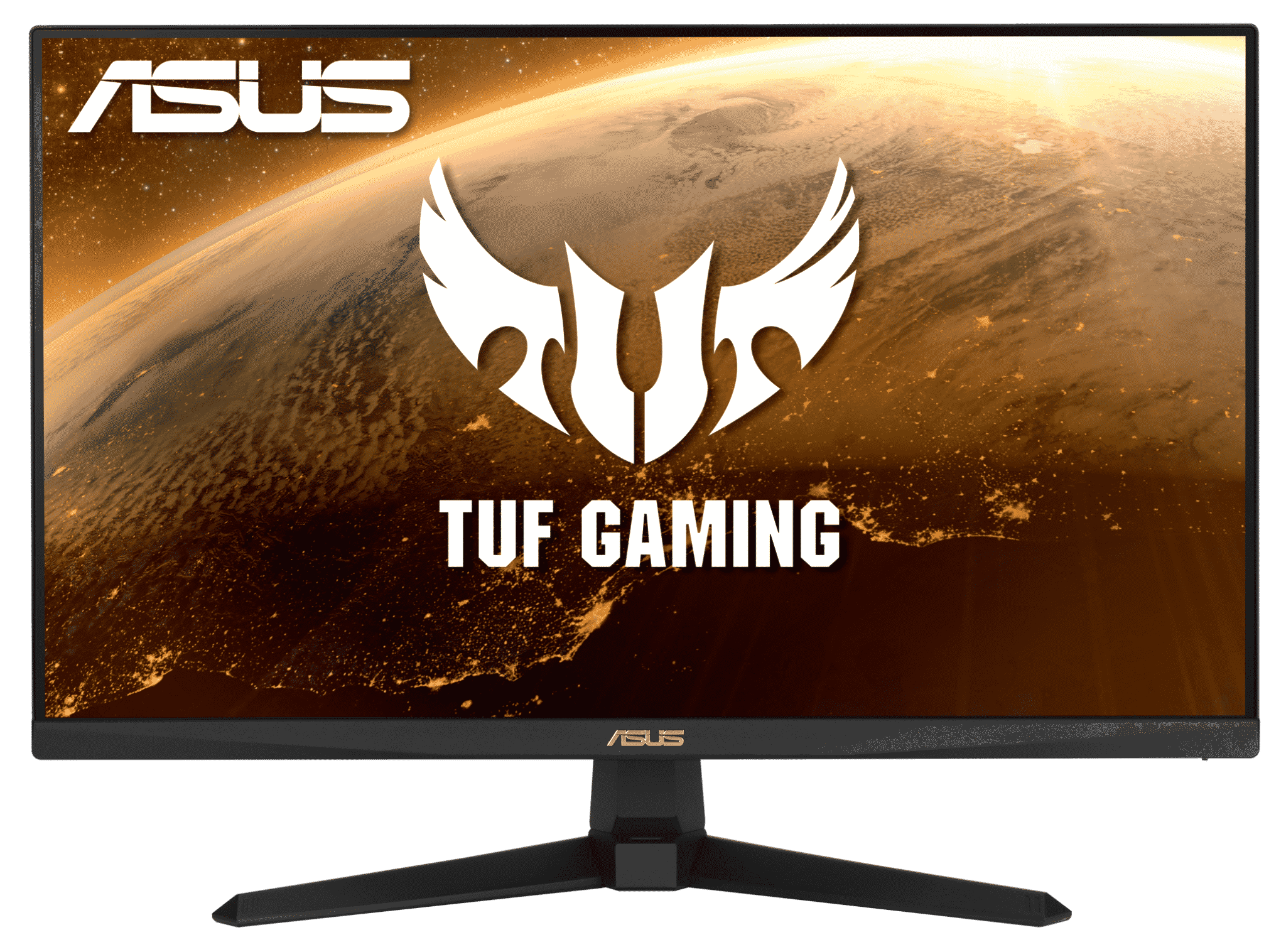 The Asus VG247Q1A offers a 165Hz 1080p screen with great contrast at a low price point you won’t normally get from the brand. What sets it apart from the other TUF Gaming monitors is it uses a VA panel which has three times the contrast compared to its IPS siblings. Let’s take a closer look at the Asus VG247Q1A to see if it’s a must-buy gaming monitor for thrifty consumers. 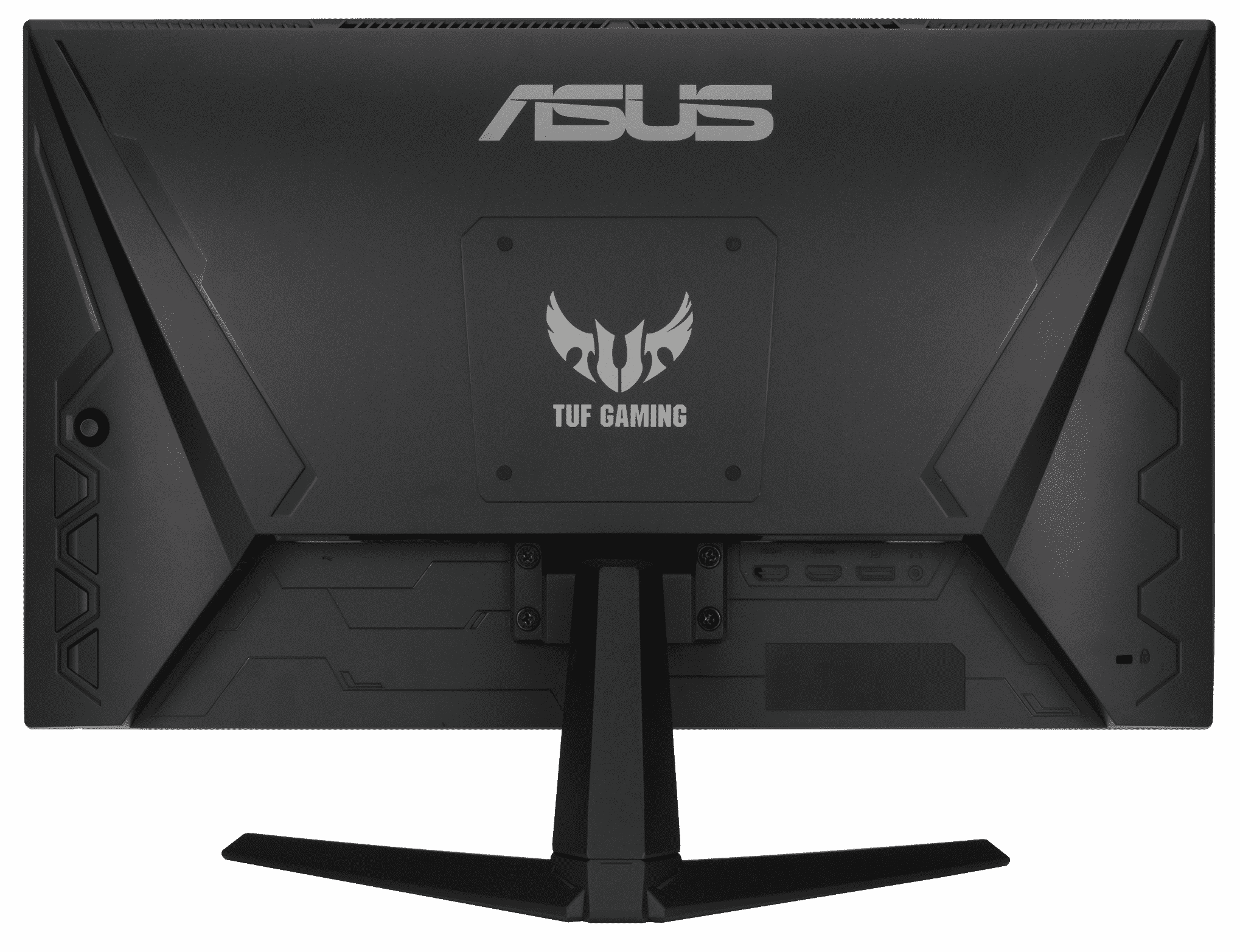 The Asus VG247Q1A belongs to the TUF gaming lineup, so it sports an aesthetic that almost looks like it was designed for office use. The matte black chassis looks clean and it is easy to maintain, so the monitor will always look new with just a few wipes. The display is bezel-free on three sides, but you will still see inner borders when it’s in use.

Its dimensions are quite modest compared to the Asus VG259QM which has a meatier and fully adjustable stand. It only needs under seven inches of depth and it only weighs twelve pounds. It’s portable enough for LAN parties and it can be easily moved around if you rearrange your desk quite often.

Build quality for the Asus VG247Q1A is decent although its stand feels a bit cheap compared to the usual designs. The plastic panels feel sturdy enough to withstand some force so they won’t easily flex or crack under normal circumstances. The stand has a bit of wobbling, but that only happens if you accidentally nudge the display.

The Asus VG247Q1A still has the typical control layout you will found on the brand’s offerings, including its high-end options. You will find an OSD joystick for easy access along with some hotkeys that are assigned to some of its features. We know many are familiar with this layout, but those who are new will not struggle with mastering it.

The stand included with the Asus VG247Q1A only offers tilt so it will not suit some users like the taller individuals. Some might also need it as a secondary monitor, so a mechanism with pivot and swivel will come in handy there. You can swap this part out with VESA mounts, but that will put the total cost of your upgrade too close to the higher-tiered models. 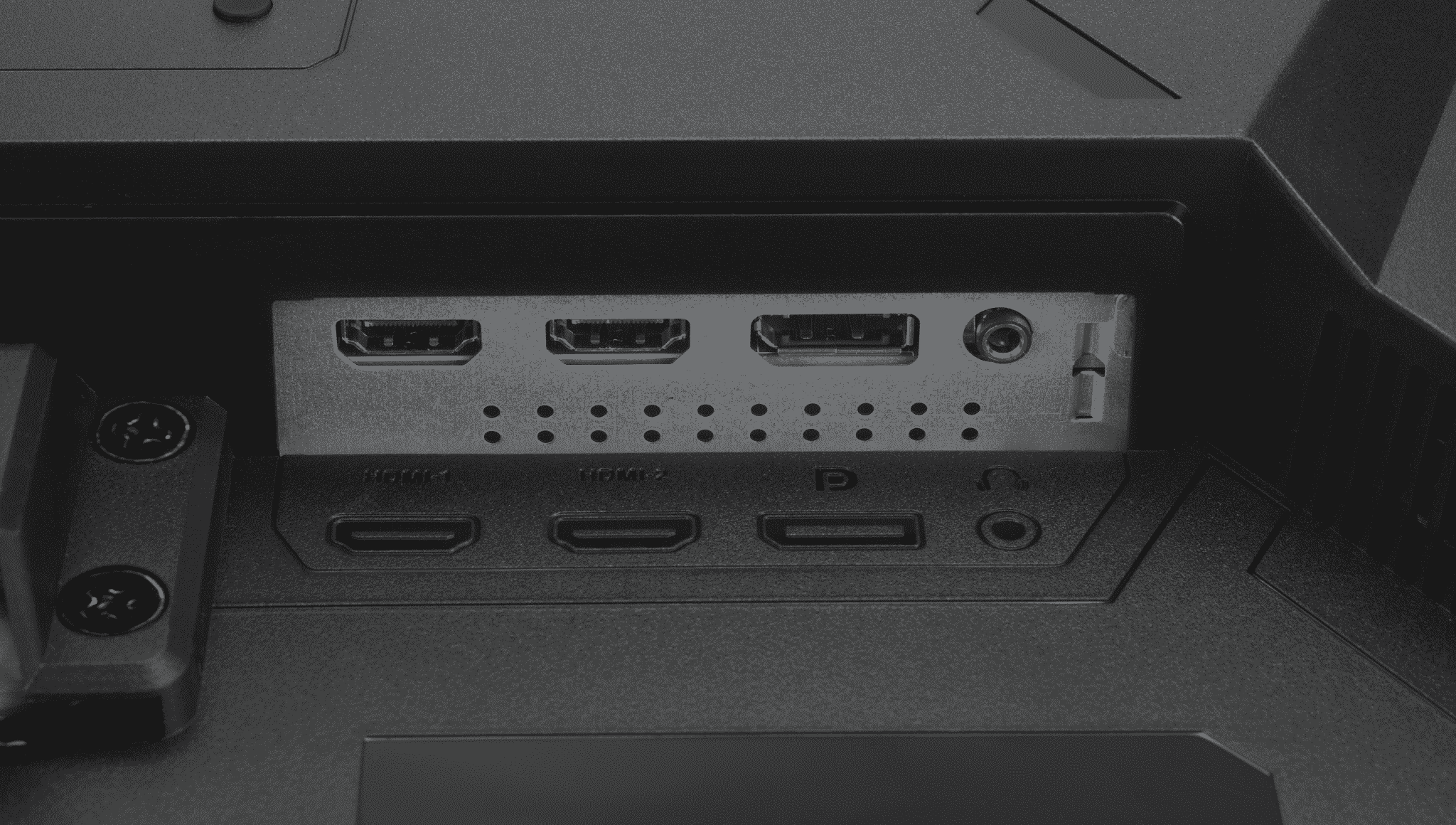 It also has a limited connectivity layout, so you don’t get valuable extras like USB ports for accessories. However, it includes DisplayPort 1.2 and two HDMI 1.4 slots so it can be used for your PC and some consoles on the side. It also has a 3.5mm jack for headphones, but those don’t get too much use in most instances.

The Asus VG247Q1A did not forget to include built-in speakers in its chassis for your audio needs. However, they can only offer 2 watts of power so they won’t sound good for games and movies. Gamers will still prefer headsets, but it is always nice to have a backup for basic uses such as conference calls or even background music.

The Asus VG247Q1A sports a 24-inch VA panel with a 1920 x 1080 resolution, a 165Hz refresh rate, and a 1ms MPRT response time. The backlight has a 350 cd/m2 maximum output, while the contrast ratio is listed at 3000:1 like most VA panels. This model doesn’t come with HDR certification, but it also has ELMB which is valuable for blur reduction in fast-paced games.

1080p monitors are here to stay since they are flexible and people are already accustomed to using them. It’s easier to read walls of text on them and they aren’t too demanding on GPUs so you can easily reach the maximum refresh rate. These, along with a considerably lower price point are what makes the monitor type still sell like hotcakes in a more complex market.

The Asus VG247Q1A offers great color with its 98% sRGB and 91% DCI-P3 coverages for vibrant games and movies. However, it is not as accurate as its IPS counterpart since the deltaE average is too high at 4.12. The screen looks oversaturated in some instances so colors like orange can look noticeably closer to shades of red instead.

Calibrating the Asus VG247Q1A reduced its deltaE average to 1.44 which is great for games and daily use. It is not the best result we’ve seen from the brand, but it is considerably better and more balanced than the default setting. However, it’s not worth buying a colorimeter for this monitor alone, so we recommend manual adjustments or going for a better monitor altogether if oversaturation bothers you.

Its backlight peaked at 421 cd/m2, while its contrast ratio hit as much as 4255:1 at 50% brightness. The monitor is capable of deep blacks and it’s bright enough to fight unwanted glare in rooms with plenty of windows. This is the main reason why VA is oftentimes preferable over IPS panels, but it doesn’t come without any weaknesses just like all the other panel types.

The Asus VG247Q1A’s panel uniformity was great since there were no considerable backlight leaks on its edges. There is some variance in the backlight’s spread, but it’s mostly unnoticeable while gaming with the monitor. However, VA panels are still prone to this issue, so there might be some units that perform poorly in this regard.

The biggest issue we saw on the Asus VG247Q1A is its slow pixel response time which revealed black trails in fast-paced scenes. It is particularly more noticeable in dark scenes with quick motion sequences, making the monitor less ideal for E-Sports titles. Using the overdrive’s five levels or its ELMB feature did not help a lot, however, we’d pick the 4th level for the best results out of the lot.

The Asus VG247Q1A is a FreeSync gaming monitor but it also works with Nvidia’s G-Sync compatible mode. This duality is important so you don’t miss out on VRR which prevents tearing and stuttering. Input lag sits at 5ms at 165Hz, so there is no need to worry about delays while playing.

Thoughts on the Asus VG247Q1A

The Asus VG247Q1A offers deep colors and contrast which are perfect for titles that put emphasis on visuals. It needs a bit of tweaking, but it’s still an upgrade if you are coming from an older TN or IPS gaming monitor when it comes to the screen’s output. Its also decently built for a budget display and it doesn’t feel cheap like some of its competitors in its segment.

However, enthusiasts will find it difficult to ignore the Asus VG247Q1A’s main weakness which is its pixel response time. It’s a well-documented flaw on VA monitors, but other variants have successfully solved it with better implementations. It sits at a very attractive price point, but it has deal-breakers that will make gamers look the other way.

Search
NEW
POPULAR
You are here: Home / Reviews / Asus VG247Q1A Review – Affordable 165Hz VA Gaming Monitor for E-Sports
This website uses cookies to improve your experience. We'll assume you're ok with this, but you can opt-out if you wish.Accept Read More
Privacy & Cookies Policy