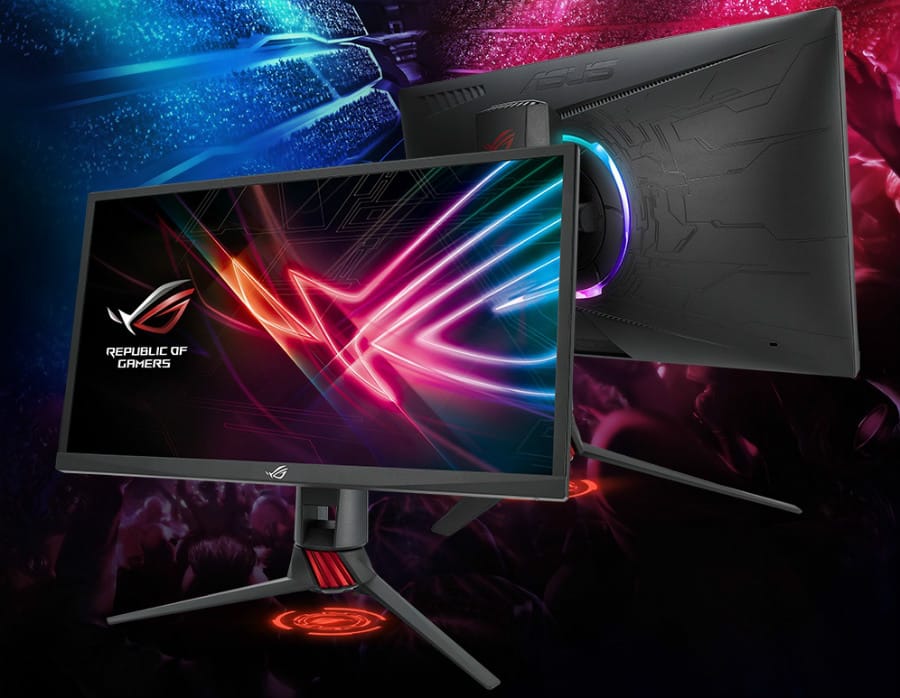 The Asus XG248Q represents a highly competitive segment in the brand’s target market where high refresh rates and blur reduction are crucial. This new variant in the ROG Strix line comes in a package that is formatted for significant E-Sports matches or events. The Asus XG248Q might be the next best E-Sports monitor for victory in games like CS:GO or Overwatch. 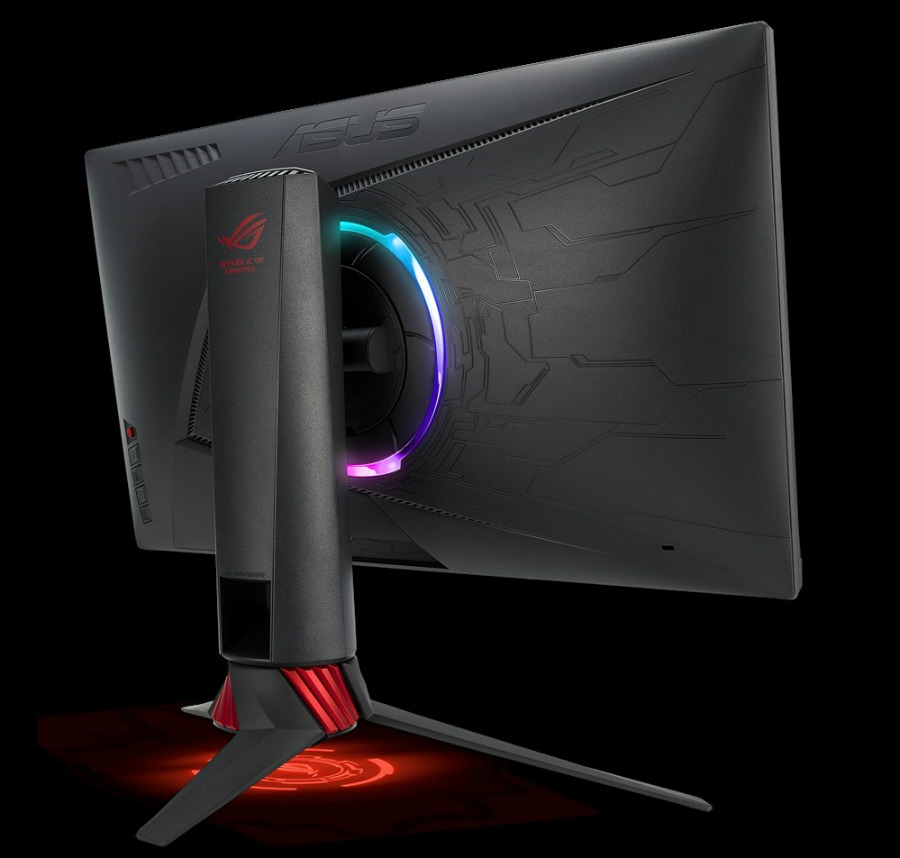 The Asus XG248Q sports the same aesthetic scheme found on the rest of the Strix monitors that are already available. The chassis comes in matte black with red accents in a few select spots which don’t overpower the monitor’s appearance. The Asus XG248Q is a bit smaller than the other 240Hz variants in the market, but it has thinner, single stage bezels which shouldn’t distract users from the action.

The signature helix stand with an LED projector at the bottom is also present in this iteration, giving the monitor it’s futuristic look. What’s great about this design is it isn’t only about looks, but it is also entirely functional. The mechanism can tilt, swivel, pivot, and adjust height, making it convenient for gamers with varying anthropometrics to maximize view angles.

There is also a VESA mounting pattern hiding behind the attachment point at the rear chassis. This feature is nice to have for those who want more flexible arrangements, but it is difficult to access according to feedback.

Other than that, you will also find an RGB LED ring on this spot at the Asus XG248Q’s rear panel. The lighting feature is designed to work with Asus Aura Sync, enabling gamers with an Asus RGB ecosystem to tweak and customize the lighting effects. It’s also important to note that this rising trend in monitor aesthetics can be helpful since the illumination can double as a bias light to help keep your eyes safe and comfortable.

The Asus XG248Q doesn’t have any restrictions like the G-Sync variants when it comes to connectivity. The monitor includes DisplayPort 1.2, dual HDMI 2.0 slots, and a lone HDMI 1.4 port in its video input layout. There is also a 3.5mm jack for audio along with USB 3.0 slots for accessories, but there are no built-in speakers in the package.

The Asus XG248Q will include a 24-inch TN panel with a 1920 x 1080 resolution, 240Hz refresh rate, and 1ms response time. The contrast ratio is still limited to 1000:1, but the backlight has been upgraded to 400cd/m2 which is a bit higher than the predecessor, the MG248Q’s 350cd/m2. The specs entail that the monitor is indeed aimed at E-Sports gaming from the ground up.

The Asus XG248Q has a few interesting features aside from the unique panel it utilizes. The monitor is FreeSync compatible with a range that lies between 48Hz to 240Hz so that AMD GPU users can enjoy buttery-smooth and fluid graphics. There is also an Ultra-Low Blue Light feature with four stages in the OSD, allowing users to tone down the screen gradually for comfortable viewing.

You will also find standard GamePlus settings in the Asus XG248Q, along with the usual crosshair overlay, timer, and FPS counter. It’s important to note that the latter will only work if FreeSync is active, so Nvidia GPU users will have to rely on the likes of Rivatuner or Precision XOC (for EVGA cards).

The Asus XG248Q will be able to fire up a feature called ELMB or Enhanced Low Motion Blur mode which is another implementation of backlight strobing. This add-on will work on both Nvidia and AMD GPUs and will reduce motion blur further. Take note that just like any other strobe function, ELMB will lock out Adaptive-Sync and considerably lower the brightness.

Finally, the Asus XG248Q will include a GameFast low input lag mode which reduces the unnecessary computations in the monitor to lower latency. We’re curious why Asus needed to add a tool like this since their monitors already have low input lag ratings in general.

Thoughts on the Asus XG248Q

The Asus XG248Q is a unique gaming monitor in today’s market where we are already used to seeing 25-inch offerings in the 240Hz segment. We’re sure the monitor will function flawlessly for its intended audience, but it would be interesting to check out how well the ELMB feature performs.

Release date and retail pricing are still forthcoming, but you can check out the Asus XG248Q in the brand’s official website. Keep checking this article for the latest updates, news, or changes for this valuable new addition to the Strix line up.