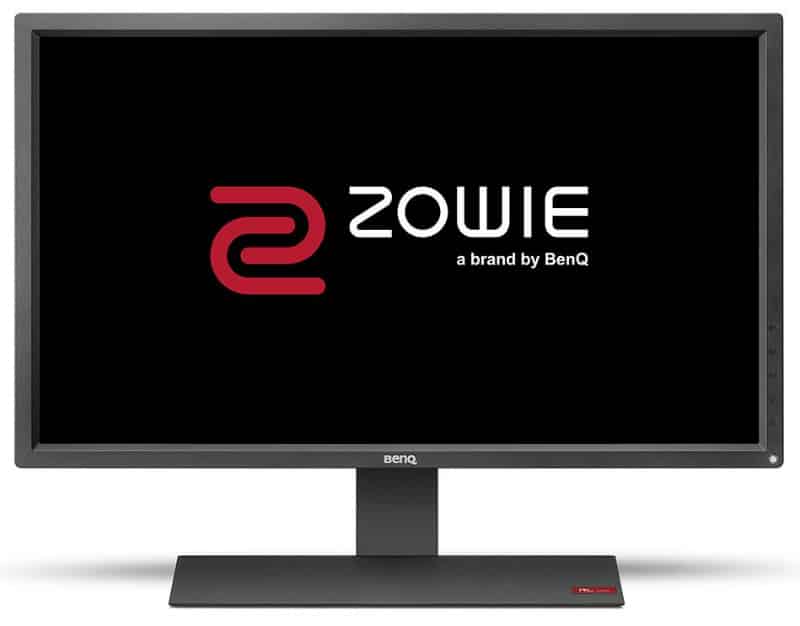 We live in an age where PC gaming reigns supreme. But, even though eSports competitions mainly focus on PC gaming, there are some eSports leagues that view console gaming in a much brighter light.

Console gaming is still alive and although it is not as popular as before, many people still play with console games at a competitive level. Now, most console gamers use a TV to play their games but they are oftentimes left out on some gamer-centric features.

BenQ is a popular brand that specializes in PC gaming monitors. But, the company wants to expand their reach so that console gamers will also get some love. They’ve recently bought ZOWIE, also a prominent company that specializes in gaming peripherals. Both of the brands are now going to work hand in hand in order to produce amazing gaming monitors in the future. If you shop for BenQ monitors, you might come across the name “BenQ ZOWIE”. At least you know the reason why.

Anyway, back to my discussion about console gamers. As previously mentioned, console gamers rely on TVs to play their games. Although there are high-definition TVs already, they do not have specific features that can help improve the console gamer’s life.

Because of this, BenQ and ZOWIE created the BenQ ZOWIE RL2755. The “RL Series” of gaming monitors are specifically designed for console gaming. In this article, I am going to review this particular gaming monitor and if it is something that console gamers should invest on. 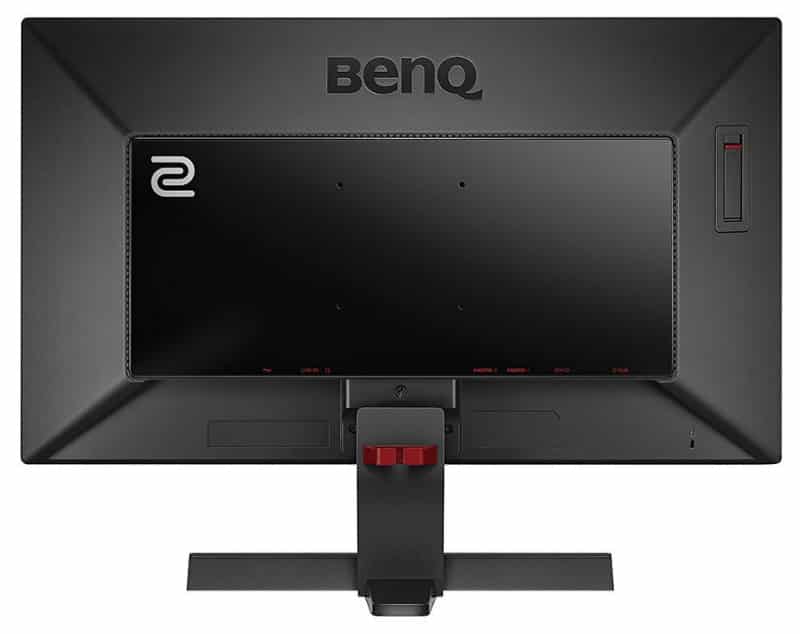 The BenQ ZOWIE RL2755 is a gaming monitor that is specifically designed for console games. It is a 27-inch, TN panel monitor with a refresh rate of 60Hz. On the package, it says that this monitor can be overclocked to 75Hz refresh rate but that is only possible if you set the resolution much lower than the monitor’s native resolution.

Speaking of native resolution, the BenQ ZOWIE RL2755 has a resolution of 1920×1080 (1080p). I do not know why the company opted for a TN panel considering that this monitor’s refresh rate is just 60Hz. It would’ve been nice if the monitor comes with an IPS panel so that you will be presented with a display with better color accuracy. To be fair, having a TN panel monitor will always assure you that the refresh rate stays consistent no matter what.

One interesting feature of the monitor is its bezels. The bezel at the bottom of the display is ingeniously crafted to reflect unwanted glare from the screen. This makes sure that distractions from screen glare will never be present.

Out of the box, the quality of the display is horrible. That is because its default mode produces washed out colors. Fortunately, this issue can easily be corrected by just cycling through the different preset modes. One good thing about the monitor is that you can set the display mode based on the genre of games you are playing. There is a mode for FPS games, RTS games, Fighting games, and other popular gaming genres available on consoles.

The BenQ ZOWIE RL2755 has a maximum brightness of 327 nits but it only has a darkness level of only 0.65 nits. In other words, the contrast ratio is pretty low at only 503:1. But, this is to be expected given the display panel used in this monitor.

Now, 27 inches might be too long of a screen real estate for some console gamers. So, BenQ also incorporated a smart scaling feature that allows you to scale down the display according to your liking. You can scale down as low as 17 inches if you want.

For its display connectors, the monitor comes with two (2) HDMI ports (both of them are only HDMI 1.4, by the way), one (1) DVI-D port, and one D-Sub/VGA port. Since this is technically a monitor, you can actually use this one for PC gaming, although, you have to remember that this monitor is a TN panel with only 60Hz refresh rate.

This gaming monitor has an impressive design and some nifty physical features. One interesting thing to take note here is that there is actually a foldable headphone holder at the back of the monitor. Some console gamers prefer using headphones while playing their games and it is nice for BenQ and ZOWIE to incorporate this nice headphone stand in the rear of the monitor so they can conveniently rest their headphones when they’re not using them.

Aside from the headphone stand, the BenQ ZOWIE RL2755 also comes with a 3.5mm headphone jack and some audio connectors so you can hook up a dedicated sound system. Personally, the sound from the monitors when using a pair of headphones is pretty decent but I would still prefer a discrete sound system plugged in for a much better listening experience.

The monitor also comes with a triangular stand that also serves another purpose. You can put your console’s controllers on top of the stand and they wouldn’t slip thanks to its matte rubber padding. It is pretty convenient and it is a nice addition to the gaming monitor.

On the actual monitor, there are physical buttons on the side so that you can control the OSD settings. When navigating through the settings, people might be put off as some of the menus take quite a while to load. In other words, some display settings have some lag before they actually come to the fore.

Despite its lack of color accuracy and contrast, the BenQ ZOWIE RL2755 does not disappoint when it comes to performance. When playing console games, you will get a consistent 60 frames per second performance and you get to play them at 1080p native resolution. Gameplay is smooth and no visible stutters and visual artifacts can be seen. This monitor also has an impressive 1ms response time, so ghosting and blurry images will never occur. Input lag will also be non-existent because of it.

Aside from that, there are also some neat features that you can enable as well. First-person shooting games are quite popular on consoles and it is frustrating if you come across an area which is just too dark to see anything. This is a perfect hiding spot for enemy players and if you cannot see them, you cannot kill them. This puts you at a serious disadvantage.

To help you see clearer in dimly-lit or dark areas, the BenQ ZOWIE RL2755 has the company’s Black eQualizer technology that adjusts the screen’s gamma by a bit; just enough for you to see the enemies lurking in the shadows. Do not be worried as this feature only applies to dark areas; environments that are bright will not be affected by this feature.

There are also some preset modes that allow you to change the color of the display easily. There is a preset for fighting games, FPS, RTS, photos, movies, and there is even a preset mode for low-power consumption. Despite the bevy of preset modes, only a few of them are worth using. These preset modes being the FPS, Movies, and the Standard mode.

The FPS preset makes the screen a bit brighter. As previously mentioned, there are certain areas in FPS games where it is pretty dark to see. The FPS mode allows you to see clearly what is lurking in the depths of the dark (couple this with the Black eQualizer technology and you’re in for an unfair advantage against your foes).

The movie mode is probably the best in terms of color quality. This mode was made for when you want to stop playing games and just watch movies for the time being. The standard mode is a mix of both of the aforementioned preset modes. For all other intents and purposes, use the Standard mode.

Then, there’s the Fighting game mode that is, well, underwhelming. But, it is important to note that the company employed the help of Justin Wong, a renowned fighting games pro, to help them create the said preset picture mode. Unfortunately, all this preset mode does is dim the background while making two of the characters on the screen more prominent. Although I understand that this helps console gamers who play fighting games, you will not be able to enjoy the said genre if all you can see are the two fighters fighting on the stage. I guess it is a trade-off but is that something you’re willing to take?

The 27-inch screen real estate, for me, is more than enough to see what’s on the gaming environment. Whether you’re shooting at enemies in an intense FPS game like Call of Duty: Black Ops 3 or bashing some skulls in Mortal Kombat, the BenQ ZOWIE RL2755 provides enough room on the screen to allow you to enjoy what the games you play have to offer.

Although this monitor’s color accuracy is underwhelming, the BenQ ZOWIE RL2755 is still quite a good gaming monitor if you are into console gaming. It has nifty features such as a foldable headphone flap so you can rest your pair of cans on it; a handy stand that allows you to rest your controllers when you’re not using them, and two HDMI inputs so you can hook two consoles to it.

This gaming monitor comes with a lot of features. It has the company’s Black eQualizer technology that ensures that you see details despite poor lighting conditions; smart scaling which allows you to scale down the display according to your preference; preset picture modes that help adjust the monitor’s display without you having to tinker any other setting; amazing eye care technology which includes a flicker-free screen as well as a bottom bezel that reflects unwanted glare. Add to that the low blue light technology that protects you from eyestrain when staring at the monitor for hours.

The BenQ ZOWIE RL2755 might not be groundbreaking or anything like that but it does offer some welcome features for console gamers. This gaming monitor is currently priced at $279.