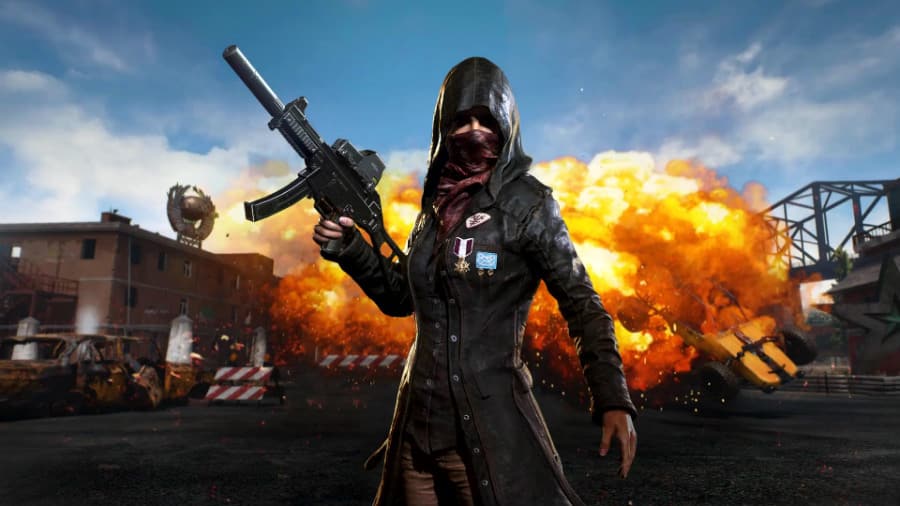 To build the best budget PC for PUBG requires thought and analysis thanks to the game’s heavy processing requirements which have left a lot of us out of the running. The increasing player base and the simplicity of the game’s concept has increased demands for capable PCs, but not everyone is willing to spend on an enthusiast gaming rig. If you are in the market to build a competent system that can provide 60FPS at  1080p with decent settings, you should check this guide out.  Don’t forget to optimize your settings for PUBG. 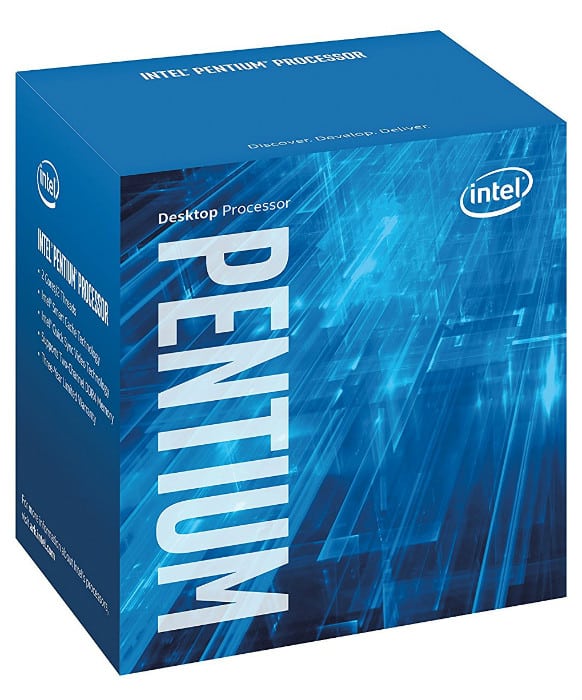 One of the most critical aspects of building the Best Budget PC for PUBG is the CPU or processor’s single thread performance. The game’s Unreal Engine 4 engine can use up to eight threads, but it only needs four to run smoothly. Its recommended buying a chip with four physical cores for superb performance without worrying about bottlenecking.

Fortunately, Intel has a powerful dual-core that can handle PUBG and the recommended graphics below. To start with a low cost, you can get an Intel Pentium G4560 which has 3.5GHz of power, two physical cores, and four threads. This model can handle the GTX 1050 Ti perfectly all the way to the GTX 1060 6GB.

Alternatively, if budget permits, you can opt for the Intel Core i3 6100 or Core i3 7100 processors for a bit more juice. Although in our opinion, the G4560 would be a more practical choice unless you can upgrade to i5s or even i7s.

2. Graphics Power is Just as Important as Processing Power 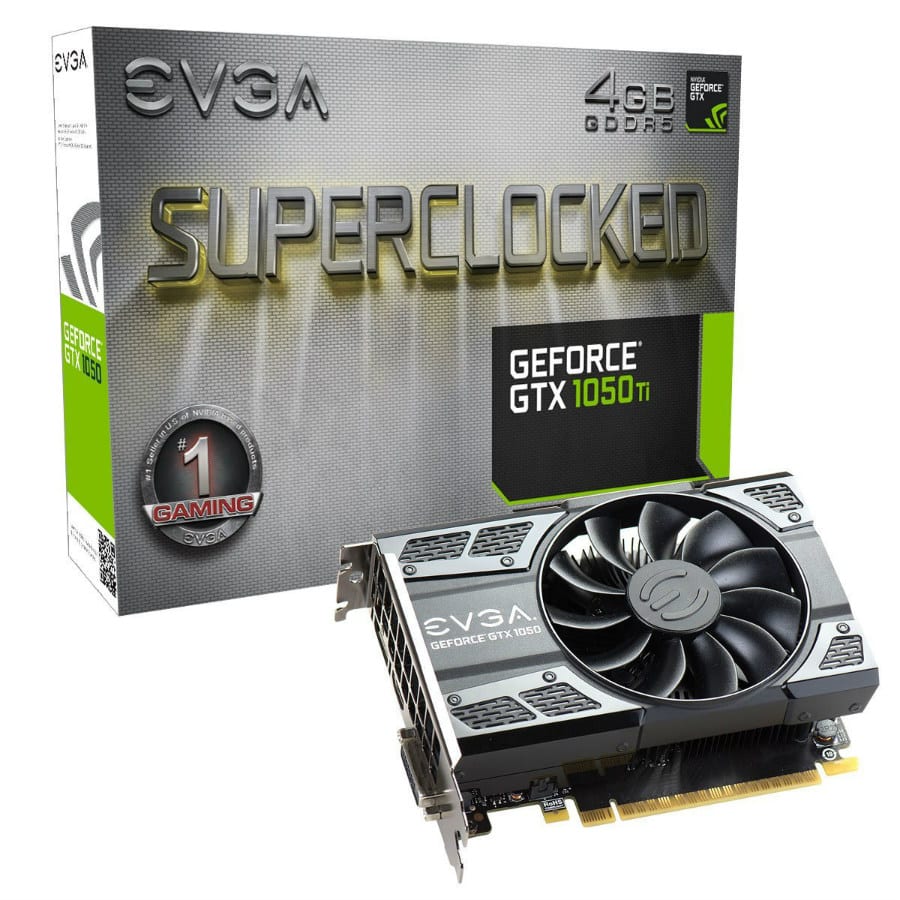 Users can get away with budget GPUs like the Nvidia GT 1030 and the GTX 1050 can handle the title, making it even cheaper to build the best budget PC for PUBG. While we like saving cash, the two cards mentioned above may fail to provide a stable 60FPS in some instances.

At a minimum, we recommend the GTX 1050 Ti as your graphics card for the best performance which reaches 60FPS at 1080p medium settings. The GTX 1050 Ti is universally recognized as an E-Sports GPU for its middle-ground capabilities. If you are willing to spend a bit more cash, you can opt for the GTX 1060 GPU which comes in 3GB and 6GB variants.

Take note that PUBG eats up a lot of video RAM, so getting 6GB versions is highly recommended.

3. The Best Budget PC for PUBG Still Needs RAM; Lots of it! 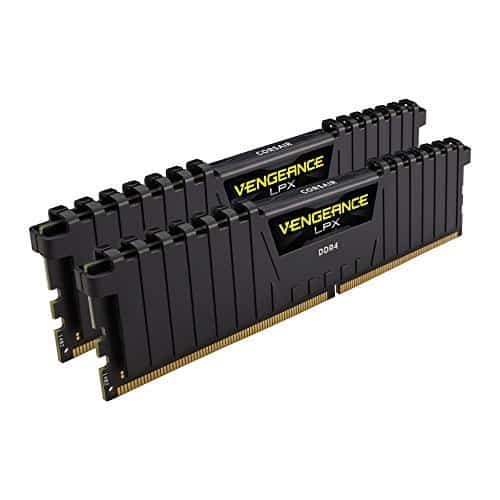 Gone are the days when budget gamers could get away with 4GB sticks of DDR3 memory in their PCs. History!  Nowadays in the era of DDR4, 8GB is universally known to be sufficient even for AAA titles. But for with the best budget PC for PUBG, 8GB is our minimum recommendation since the game is known to eat 6GB to 10GB of RAM in some instances.

Try to get two sticks with 4GB DDR4 memory each if you are planning to stop at 8GB for this budget build and if the motherboard you chose only has dual slots. Selecting a single 8GB stick leaves a lot of room for adding memory later on, but you sacrifice the processor’s dual channel memory which boosts performance.

To save cash, you don’t need to grab RGB memory kits or those with super fast speeds or promised overclockability. Something with 2400MHz or 2666MHz like the option below will work just as fine.

4. Get a Motherboard That Enables Upgradability in the Future 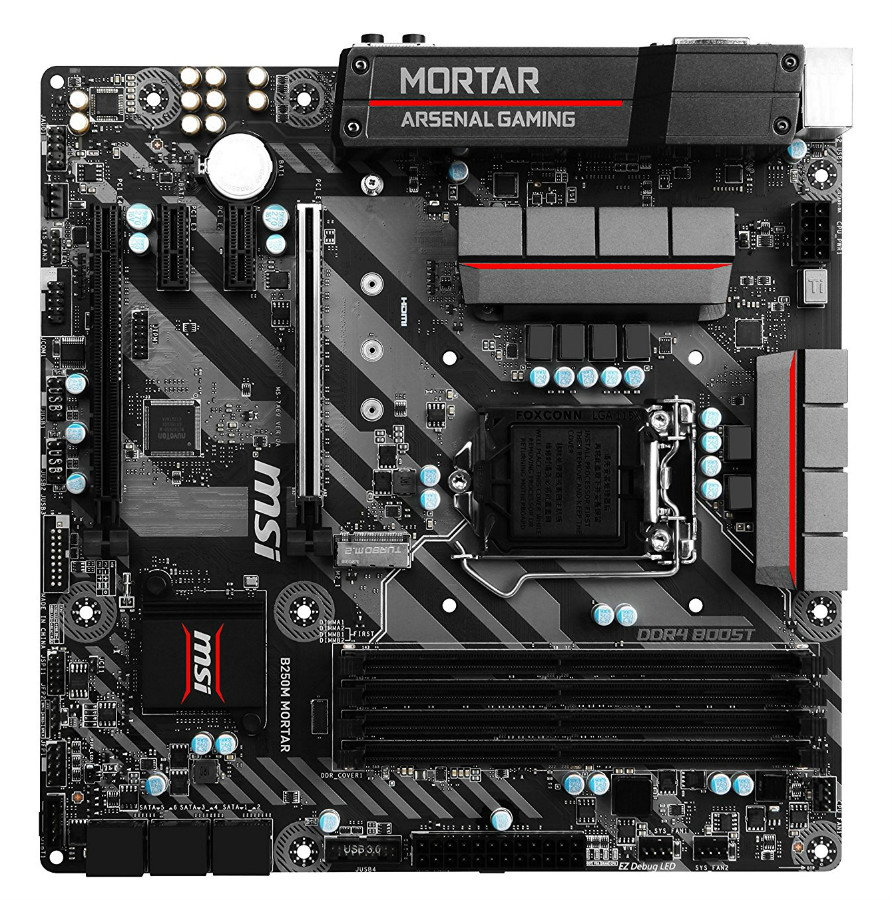 Intel’s B250 chipset is also a wildly popular choice for thrifty builders since it costs half or even less of a Z-series board’s price. The most significant factor in choosing a mobo for the best budget build is if it will allow upgradability somewhere along the line. Choose something with four DIMM slots and SSD support so you can add another 8GB of RAM or a blazingly fast SSD later on.

Also, consider the form factor of your chosen motherboard to use with the best budget PC for PUBG. Most affordable models come in MATX or Micro ATX which is exactly what we want since it will allow builders to opt for a smaller, less expensive case.

5. Get a PSU With Excellent Power Delivery 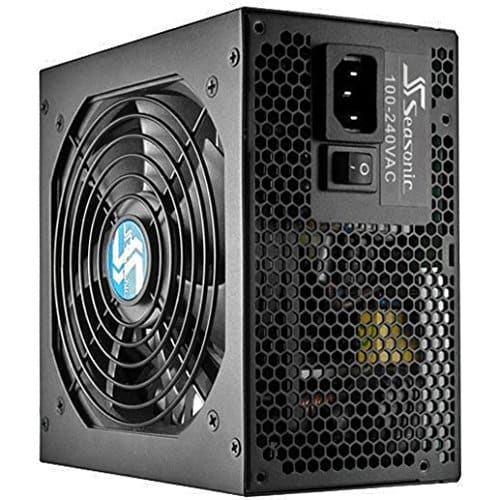 Keeping the cost down is just as important as getting a good and reliable power supply that can handle the gear above smoothly. While uncertified PSUs come dirt cheap, we would recommend that you choose at least a bronze-rated 450W power supply from a reliable brand. Try to choose at least a semi-modular PSU that lets you arrange the cables neatly for a clean look. 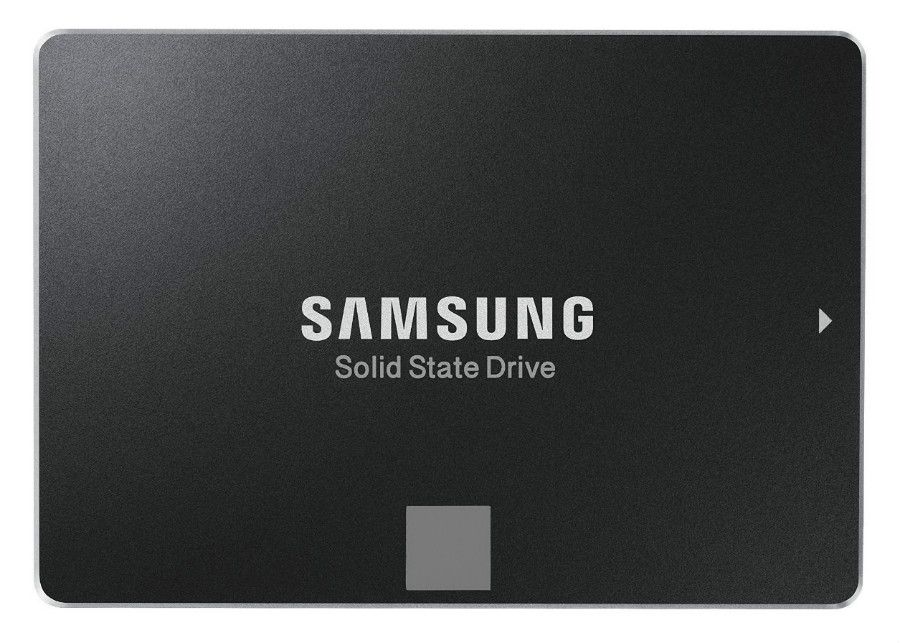 Choosing storage for the best budget PC for PUBG could be your biggest dilemma yet. As for this writing, a 120GB SSD and a typical 1TB HDD cost about the same, making it even more difficult for most users.

PUBG also benefits from SSDs for faster loading and startup times, making the former essential to the build. But going this route will only allow you to install a copy of Windows 10 which takes 20GB to 40GB of space plus PUBG which will require another 20GB. Ideally, SSDs should be operated with only half or three-quarters of space taken for it to run optimally.

On the other hand, a 1TB HDD will allow you to install more games and keep more files. If the build isn’t dedicated solely for PUBG, you might have to sacrifice getting an SSD for now and to have more space while still enjoying a decent performance.

7. Get a Functional Case 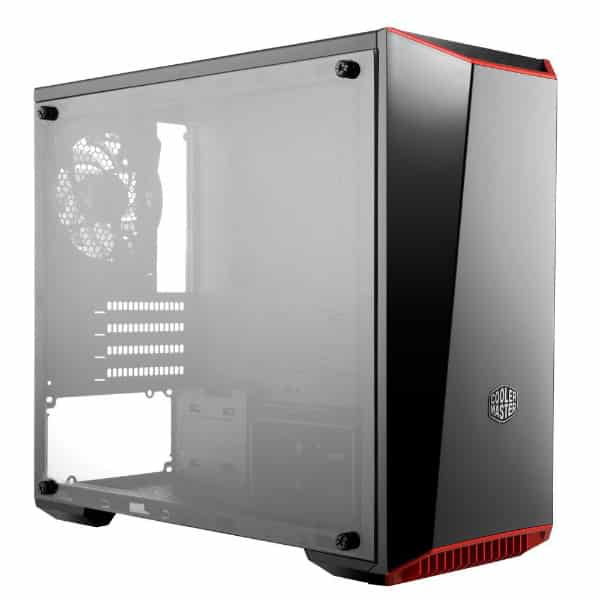 The case is the icing on the cake when building the best budget PC for PUBG since it determines how cool your setup will run and how awesome it would look. Most budget cases do not come with preinstalled fans, so you need to consider that as well since ideally, you would need three (two for intake and one for exhaust).

8. Get a Good Quality Monitor to Match 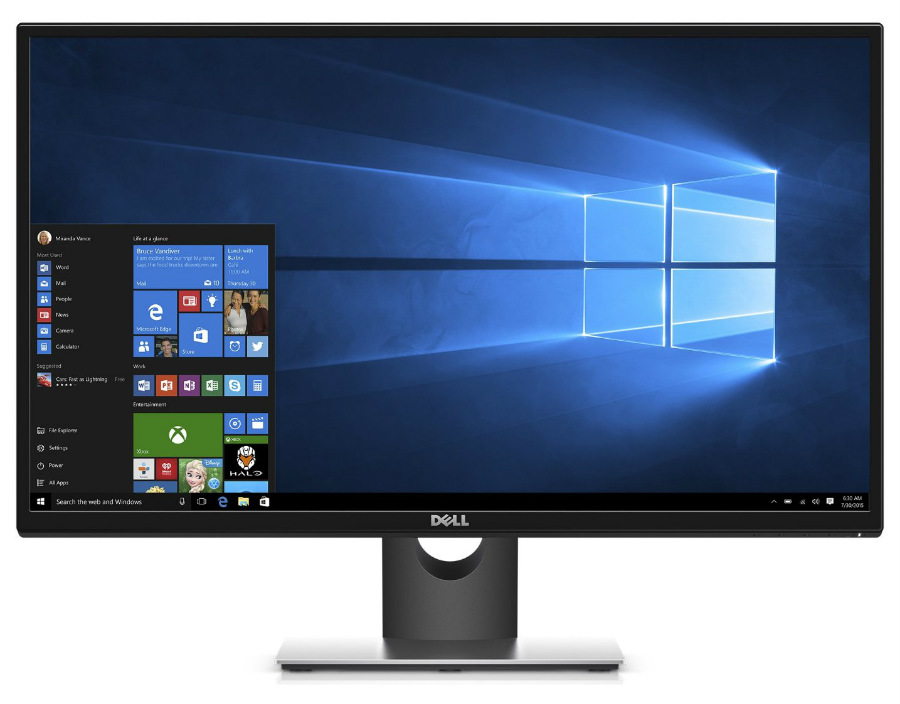 Since the goal of this budget PC for PUBG is to enable users to game at a stable 60Hz, getting an expensive high-speed model might be impractical. As such, our recommendation would be the Dell SE2717H which is a 27-inch monitor with a 1080p resolution and a reasonable price. The screen’s diagonal should supersize the objects in the game enabling you to see smaller objects more profoundly, lending an advantage in some in-game situations. 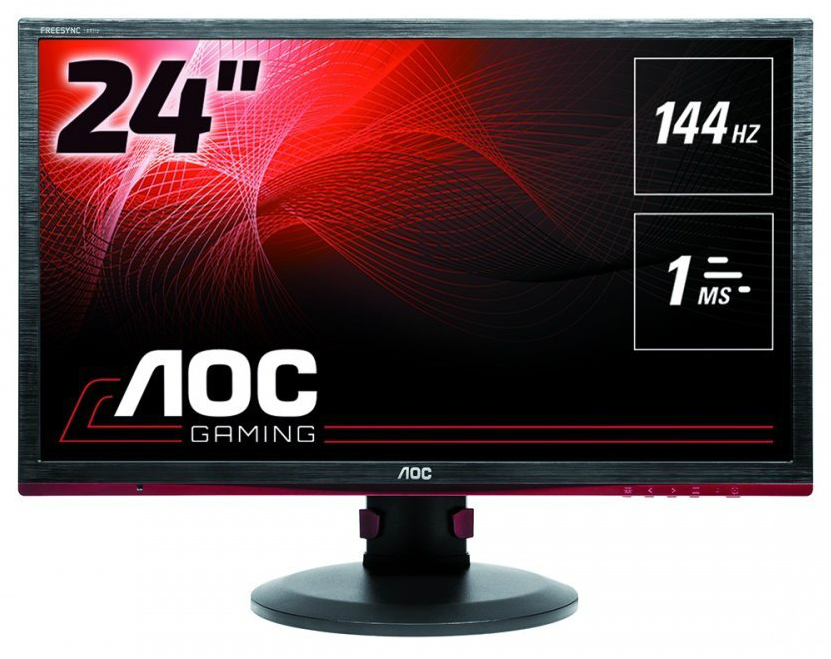 If you are willing and if budget permits, you can also opt for a budget-friendly 144Hz monitor like the AOC G2460PF which offers excellent responsiveness and refresh speed. This model’s functionality which includes a complete ergonomic range and multi-input layout should increase its value and usability for quite some time.

Final Thoughts about Building the Best Budget PC for PUBG

We always recommend gamers to build their own systems to save money, making it possible to squeeze in higher specs or to upgrade later on. For other E-Sports titles, you could get away with lower-tiered GPUs and CPUs, but PUBG is a different case. If you want to play at a steady rate of 60FPS at 1080p, these components are what you will need. 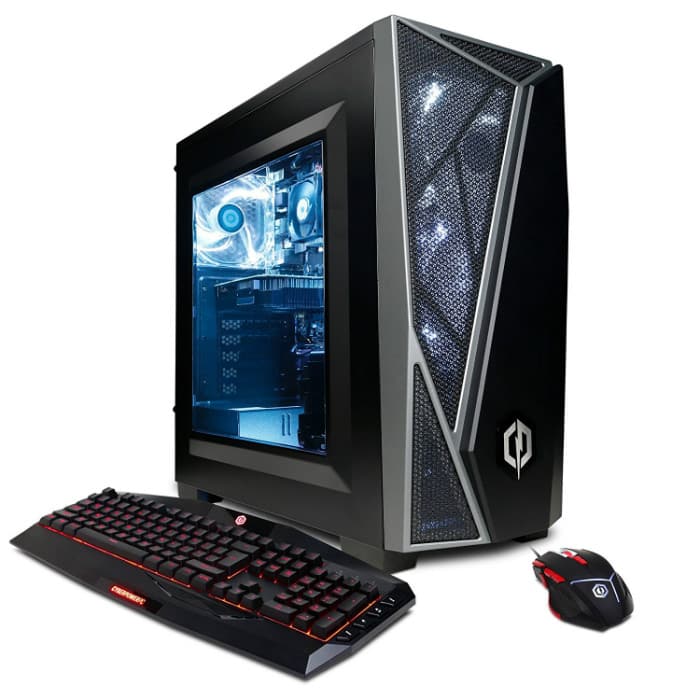 However, if building a PC isn’t your cup of tea and your budget is a bit more flexible, you can consider pre-built units. Take note that choosing this route will cost an extra hundred or more, but it will get the job done. Once you have assembled your gaming setup, please check out our guide on how to optimize PUBG here. You can also check out our best gaming monitors if later on, you plan to upgrade to a 144Hz display for smoother gameplay.