The recently revealed Computex 2019 gaming monitors have given us more to be excited about in the display category with newer and better technologies. The latest upcoming devices include specifications such as micro-LED backlights and newer variants of the more successful product lines we’ve seen last year. Here are the best Computex 2019 gaming monitors we should look forward to: 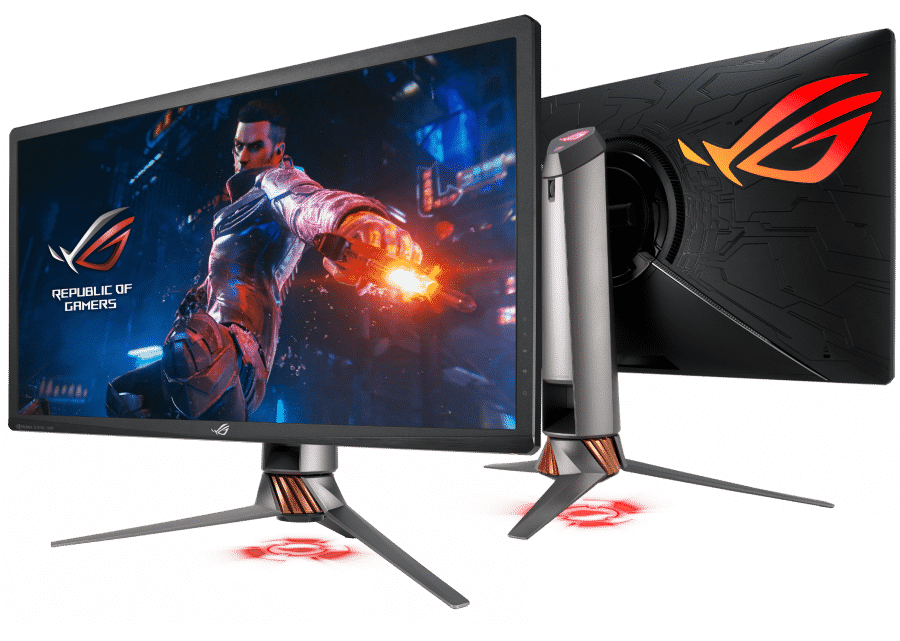 The Asus PG27UQX doesn’t look new in both appearance and feature set from its top-selling predecessor, the PG27UQ. This model is still a displayHDR 1000 certified 4K 144Hz, G-Sync gaming monitor with top-end specifications with RGB lighting and a radical ROG aesthetic. We can expect near-perfect color rendering with wide gamut coverage along with a fast and responsive feel in any title.

However, what differentiates this model is its backlight which now utilizes micro-LED technology which increases the individual lighting zones to a staggering 576. This implementation drastically improves the control the monitor has over HDR rendering to produce more accurate lighting effects and contrast depth. The Asus PG27UQX doesn’t only offer the dream specifications we all want, but it’s also a bold step forward for the gaming display category. 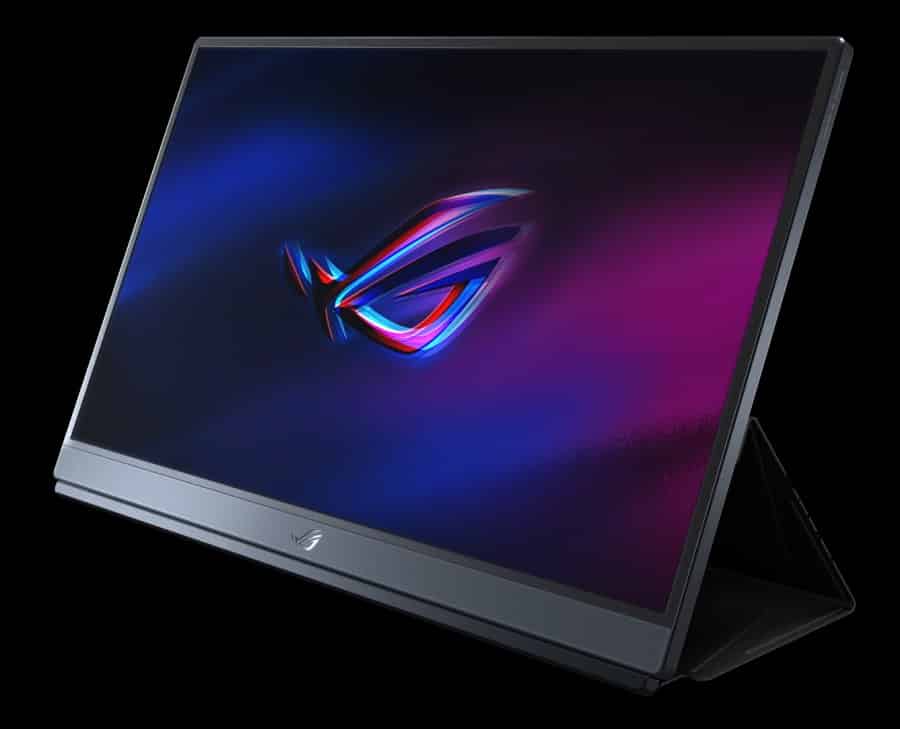 The Asus XG17 is a souped-up version of the well-loved MB16AC which gives mobile users a color-accurate external screen that is very portable. This new portable monitor boasts a 17.3-inch 240Hz IPS panel with a 3ms response time which is almost identical to what their top-end laptops offer. This model is the fastest portable display to date, but we can’t say for certain yet if it can beat its USB-C cousin when it comes to color accuracy.

The Asus XG17 utilizes micro-HDMI or USB-C for connectivity to make it compatible with just about every gaming laptop or tablet available. The device already includes its own internal battery in the slim chassis which Asus says, is capable of three hours of gaming at 240Hz. You can get more game time out of the 800-gram device if you set it to a lower refresh rate, plus, it supports FreeSync at 48Hz to 240Hz. 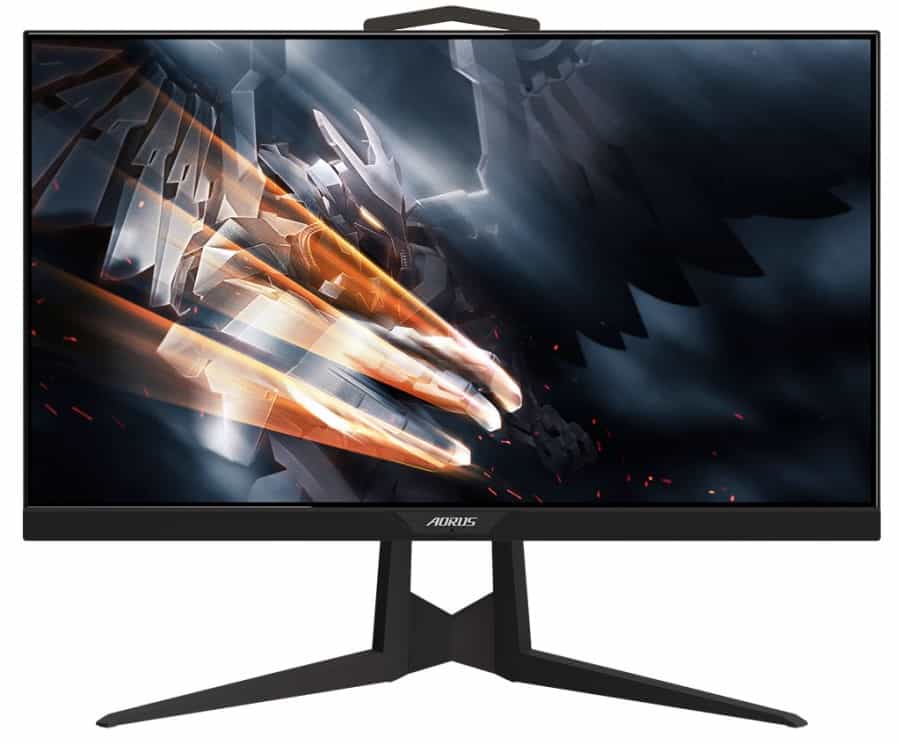 The Aorus KD25F is the E-Sports-sized rendition of the very popular AD27QD with a lower resolution and a considerably faster response time. This model includes a TN film panel that can go up to 240hz refresh rate compared to the AD27QD’s 165Hz IPS screen. The well-loved gamer-centric design is retained, along with the unique RGB lighting array at the rear for maximizing your battlestation’s aesthetic.

The Aorus KD25F is primarily aimed at gamers who prefer FPS titles such as CSGO where image quality matters less than speed. The model is certified for FreeSync, but it’s yet to be included in G-Sync compatibility certification by Nvidia themselves. Its other specifications include DisplayHDR 400 and a speculated 1ms MPRT feature. 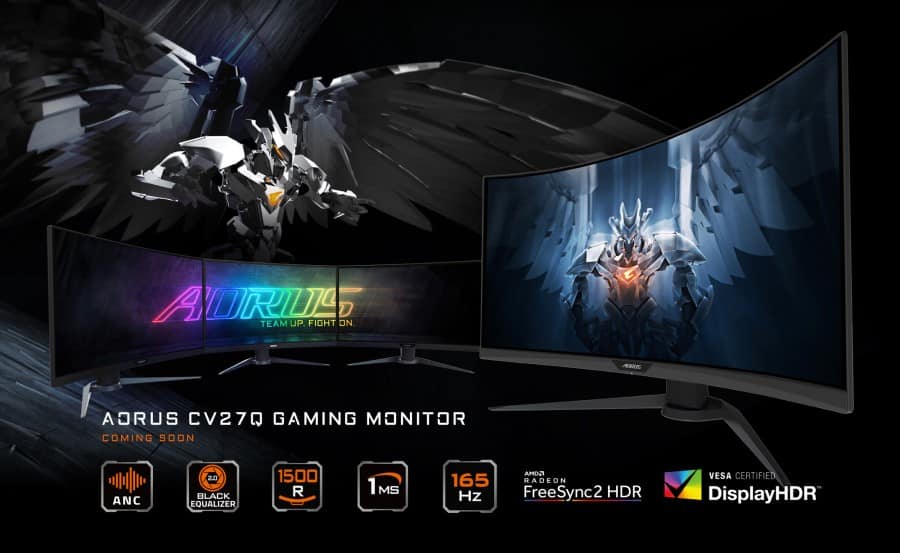 The Aorus CV27Q is the first half of the brand’s first attempt at curved gaming displays which include the capability and feel of their Tactical monitor branding. This variant includes a 2560 x 1440 curved VA screen with 165Hz refresh rate and 1ms response time. FreeSync 2 HDR is also mentioned in the announcement, along with an aim towards G-Sync compatibility support for Nvidia users.

Aorus was keen to emphasize on the Aorus CV27Q to be the first gaming monitor with Black Equalizer 2.0. We’re not sure what this new add-on will do, but its something we are looking forward to check out along with new gaming tidbits such as the OSD Sidekick and the revamped ANC implementation. 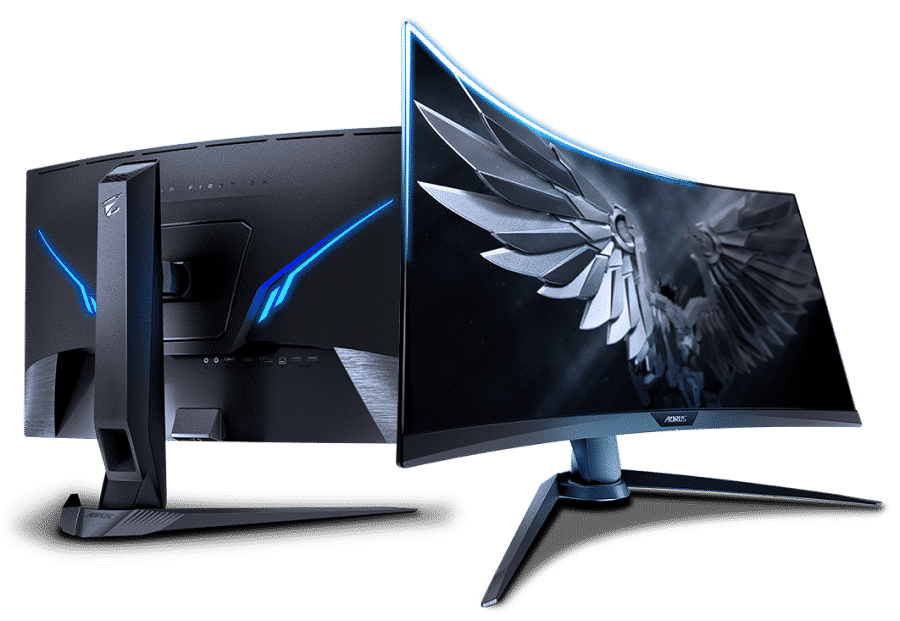 The Aorus CV27F is the 1080p version of the monitor above which, according to the brand, is focused towards MOBA titles such as Dota 2 or League of Legends. The display still uses a VA panel type with a 1500r curvature, but the resolution sits lower a 1920 x 1080 matched with a 165Hz refresh rate. Both monitors have a 1ms MPRT feature and are rated to have 90% DCI-P3 coverage for pseudo-HDR compatibility.

The Aorus CV27F and CV27Q have simplified aesthetics compared to the KD25F and the AD27QD, but all the Tactical Monitor elements are still present. The sharp angular lines of the chassis along with the borderless screen still make these monitors part of the “cool kids” list of gaming variants which don’t look tacky or garish. Prices aren’t confirmed yet, but Aorus reps are guaranteeing that their new products will be extremely competitive in the retail market. 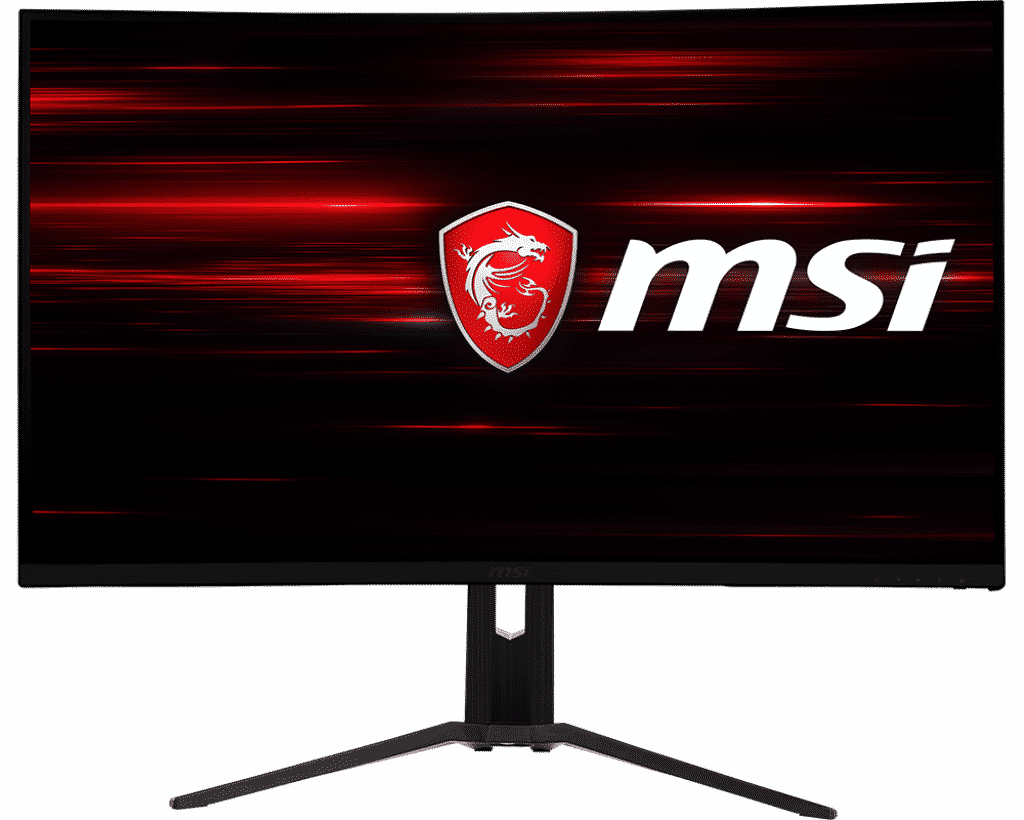 MSI’s Computex 2019 gaming monitors showcase was a hit considering it was headed by the very popular MPG341CQR which is one of the first to list a 144Hz 3440 x 1440 screen. However, one of the more interesting variants in the display is the MSI MAG321 which the brand says is its first gaming display that’s tuned for console gaming. The new model is also their first foray into 4K screens, which has recently become very competitive due to numerous releases by competing brands.

The MSI MAG321CURVE offers a 3840 x 2160 1500r curved panel and FreeSync support which makes it a viable choice for consoles like the Xbox One X and its future iteration. MSI’s gaming monitors are priced very competitively, so we can expect a practical 4K product coming to our hands very soon.

Editor’s Note: These new models are fantastic, and even some of them are taking huge steps forward in the gaming display space. But the question of what happened to the other unreleased gaming monitors is still lingering now that we’ve seen the best Computex 2019 gaming monitors. What happened to other showcased variants like the 200Hz HDR ultrawides promised last year?

The good news is Nvidia announced that the 200Hz-enabled models such as the Asus P35VQ are finally releasing later this year. It’s disappointing that there still is no exact release date, but the fact that AU Optronics has finally finished their production of this new panel is a good sign. Watch this space for the latest updates and products that will hit the shelves very soon!