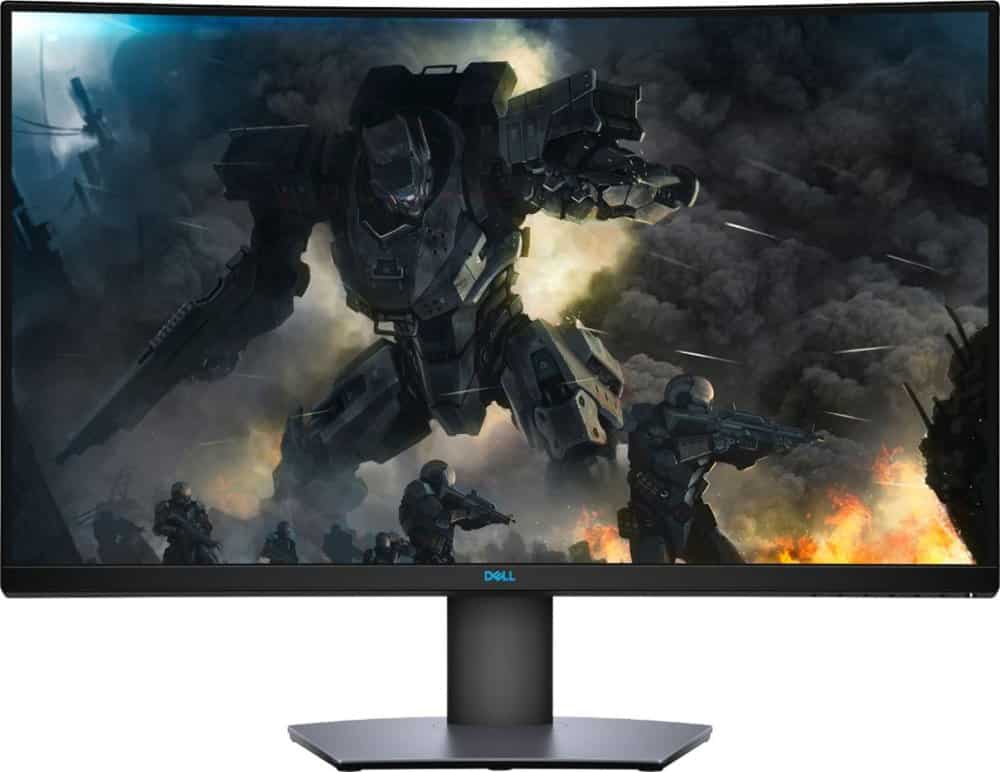 Updated: The Dell S3220DGF is a reasonably-priced gaming monitor that offers excellent performance numbers such as its 165Hz refresh rate. Its also a unique variant coming from Dell, whose curved monitor offerings are usually reserved for the ultrawide category. The Dell S3220DGF is a very attractive proposition if you are into immersive gaming, but what can it offer to edge out its established competition? 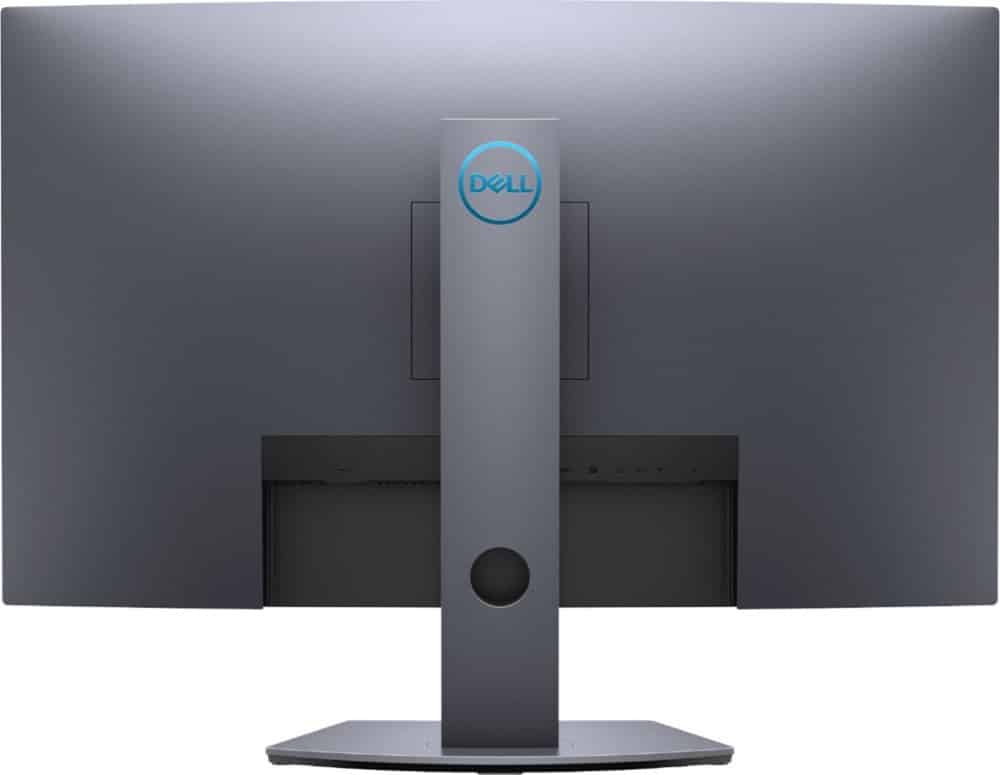 The Dell S3220DGF is dressed like a true Dell monitor in its signature all-business aesthetic that is suitable for any setting. The matte black and gunmetal are understated in a market saturated with aggressively designed variants, but we always prefer simplified designs. The display area is bezel-free on three sides, but you will still see inner borders when the monitor is in use.

This characteristic along with the Dell S3220DGF’s modest proportions makes it an ideal candidate for triple-display setups used in racing and flight sims. However, take note that the monitor is still 28 inches from end to end, so you might need special mounts or a customized desk to accommodate the upgrade.

Build quality for the Dell S3220DGF is outstanding and there were no unwanted defects on the test sample. Every seam matched with its opposite perfectly, while the plastics used do not feel brittle or thin. The monitor stands stable on a desk, plus there are no audible buzzing or creaking noises while its in use.

The Dell S3220DGF can be considered a significant development for the brand’s gaming line, but its used OSD buttons. The layout is located at the bottom of the cabinet so it’s easy to reach. However, it’s easy to press the wrong button if you haven’t memorized the functions yet, especially in the dark.

The Dell S3220DGF is VESA mountable, but you won’t need to spend the extra unless you want a multimonitor setup with this model. The included stand offers excellent stability, but it also allows the display to tilt, swivel, and adjust the height. The base takes up a good amount of space, but we think it’s fair considering the size of the cabinet.

Another excellent characteristic of the Dell S3220DGF is its well-equipped I/O layout which includes everything you will need. The video inputs include dual HDMI 2.0 ports and a DisplayPort 1.4 connector which you have to use if you want to run the screen at 165Hz. There are two 3.5mm jacks for audio passthrough and a total of five USB 3.0 receptacles on the monitor as well.

We like that Dell decided to place two of the USB ports and the headphone jack at the bottom bezel instead of clumping them all up on the I/O. Doing so makes it easier for users to connect peripherals or charge accessories without having to flip the device. There are no speakers on this model, but those are rarely missed especially for a gaming-oriented variant.

The Dell S3220DGF boasts a 32-inch curved VA panel with a 2560 x 1440 resolution, 165Hz maximum refresh rate, and 4ms response time. The contrast ratio is rated at 3000:1, while the backlight reaches as much as 400 cd/m2 for VESA DisplayHDR 400 performance. The size combined with the 1800mm radius makes this monitor excellent for immersive gaming, especially in a triple-head setup. 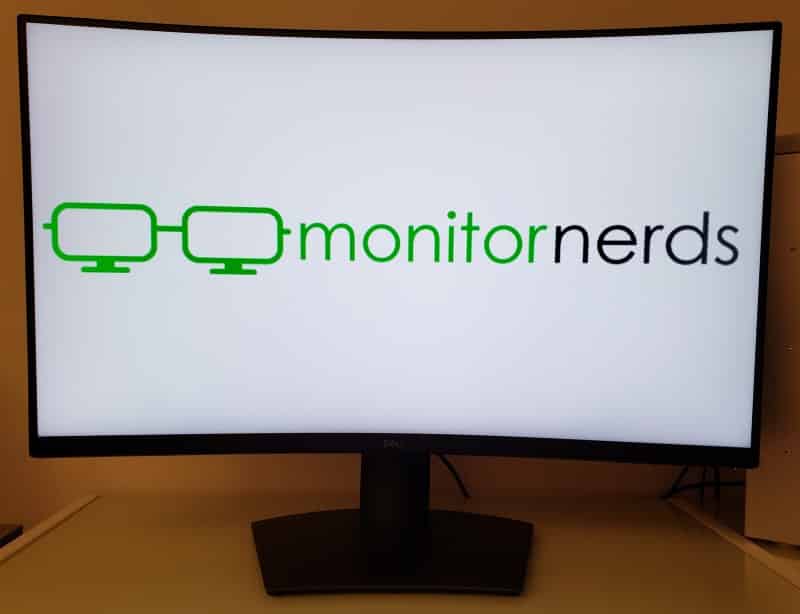 The pixel density on the Dell S3220DGF’s screen is comparable to a 24-inch 1080p variant, so it might not look as crisp as the 27-inch models when viewed up close. However, the more or less 67% increase in pixel count will still upgrade the appearance of objects by making edges look straighter as an example. 4K is more suited for this size, but at least you won’t need to use scaling. 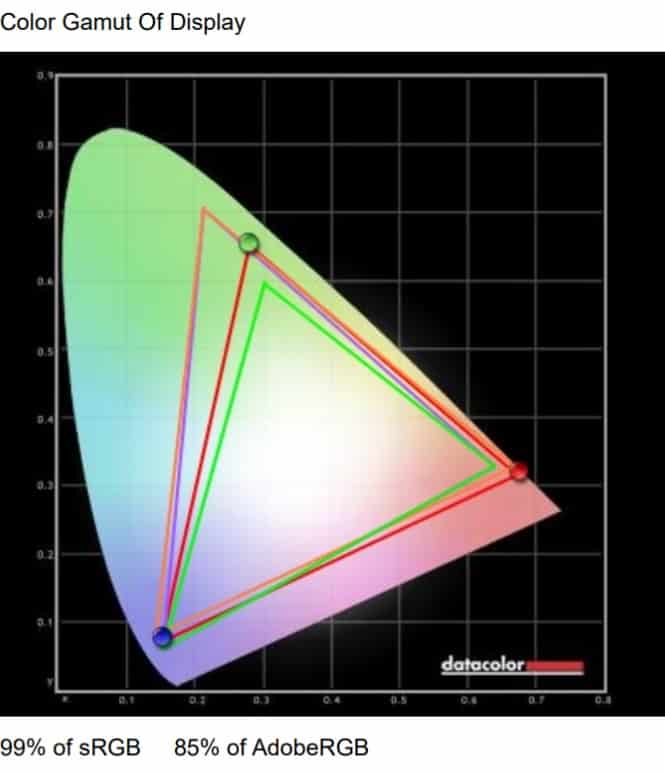 The Dell S3220DGF is able to produce nearly 100% of the sRGB gamut, but it falls short of a few of the monitor’s claims. DCI-P3 coverage is limited to around 79%, so you can’t expect a profound HDR experience from this monitor. The good news is the screen has an excellent pre-calibrated state, netting an accuracy average of Delta 1.19 by default.

The color temperature needs a bit of tweaking since its a bit warmer than the usual, but that is typical for sRGB screens anyway. The contrast ratio for the VA module used reaches as much as 2980:1, so you won’t have to worry about washed-out colors or poor black luminance from this model. Gamma is slightly lower than the ideal at 2.18, but we think the difference is only noticeable to trained eyes.

The panel uniformity for the Dell S3220DGF is decent, especially for a curved display. You will see some clouding at the corners and the upper bezels, but it’s only visible when an all-black image is on-screen. Take note that this aspect will vary between unit to unit, but there is no need to worry about massive bleeding like on IPS variants.

The Dell S3220DGF also offers HDR compatibility, but it’s at a limited level specific to VESA’s DisplayHDR 400 standards.  The monitor can only translate the HDR effect as best it could, so you won’t see fantastic lighting or object details when the mode is active. There are some improvements to the overall appearance of compatible games, but you have to remember that this model only uses an edge-lit backlight with no individually dimming zones.

The Dell S3220DGF is a VA-based variant, so it has a naturally slower pixel response time which makes it prone to ghosting. We recommend setting the Overdrive feature to its Super Fast setting to clear the unwanted trails and persistence you will see in fast-paced action. The monitor doesn’t have 1ms MPRT modes, but we’re glad its OD implementation works without adding massive overshoot.

The Dell S3220DGF is a FreeSync 2 Gaming Monitor making it a great pair with the Radeon 5700XT. However, you can also use more powerful Nvidia cards like the RTX 2080Ti to get more FPS since it also works with G-Sync compatibility. Input lag sits at around 5ms at 165Hz, so you won’t need to worry about delays while enjoying your favorite title.

Thoughts on the Dell S3220DGF

The Dell S3220DGF is an excellent curved gaming monitor whether if its for competitive or immersive gaming. The 32-inch display area is excellent at wrapping around your visual senses, but some might want 4K at this size. The screen posts excellent image quality right out of the box, although a few tweaks could help in giving you that perfect setting.

It also helps that the Dell S3220DGF works flawlessly with G-Sync compatibility and FreeSync, widening the audience that will be able to enjoy it. Our only biggest complaint is the lack of an OSD joystick, but many won’t even need to tweak the screen. Consider this model as one of the top three choices if you are in the market for a 32-inch QHD gaming monitor.