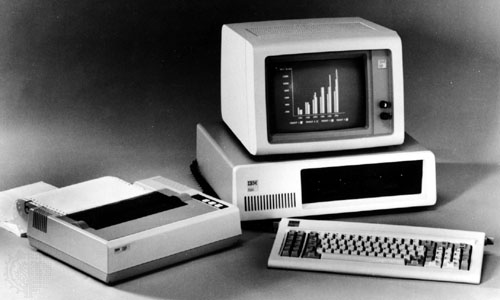 If we’re all being totally honest, we mostly take PC gaming monitors for granted. Surrounding us in our everyday life, whether it’s the monitor for your PC, your mobile device, the screen at the cash register, the screen in the mall, the big screens in football stadiums to the screens in airports telling you when your plane is leaving (or isn’t), they’re everywhere, and they’re almost unavoidable. With their pervasiveness and their day-to-day use to display virtually any information we want, in almost any situation we find ourselves in, it’s hard to imagine the world where monitors didn’t exist.
What do owe this wondrous invention to, though? Well, it’s glass. Before clear glass was invented in Europe, ostensibly to display the pretty colors of red wine, we didn’t have any way to adjust or tinker around with light. People didn’t have eyeglasses; there were no telescopes, no light bulbs, or even window panes. As you can tell, clear glass revolutionized human civilization and is what you have to thank for reading the words you are now.
So where did it all start? Well . . .

The First Generations of Monitors and Cathode Ray Tubes

What’s interesting, is that the first screen ever used was actually a monitor, instead of a display. In the early days of electronics, computer were wired up to a panel of light bulbs, and each light bulb gave the engineer a general idea of what was and wasn’t functioning in the computer, so basically, they were indicator lights like the one you have on your modem to tell you that the wi-fi is on or not. As such, the real first monitor was a bunch of lights that let people monitor the internal environment of a piece of electronics.
One of the first game publically demonstrated was in the 1950s, called Bertie the Brain and created by Dr. Joseph Kates. Essentially, it was a 4-meter high computer, with a ‘display’ of lightbulbs, with which you could play tic-tac-toe, the only game the computer could play. Unfortunately, Bertie the Brain wasn’t preserved, so we’ve lost that little bit of important history.
Anyway, we’re getting ahead of ourselves here, so let’s move on.
Soon enough, Cathode Ray Tubes (CRT) were invented and created displays in their right. What these CRTs did, was shoot electrons at a phosphorescent screen to create images. One of the first and secret at the time uses a CRT screen was Radar, one of the most important instruments that provided the allies with air superiority. Of course, it wasn’t long after the end of WWII that some enterprising individual came up with a novel way to use CRTs
As such, the first ever built-for-purpose video game had an integrated radar-like CRT monitor and was called Tennis for Two. Created in 1958 by William Higinbotham, the then head of Brookhaven Lab’s Instrumentation Division, Tennis for Two was a showcase game, made to delight visitors and show them the strength of science and technology, as well as its importance. If you’d like some more information, you can check the video below, which even includes a modern reconstruction of it:

If you’ve to watch the clip above, you can kind of start to see where the idea for Pong came from, and what ultimately lead to video games being the massive industry they are today. Of course, video games, and computer at large wouldn’t be anything without monitors and their constant progress, so what advancements does history hold? Well . . .

With the development of miniaturization and more advanced fabrication and manufacturing processes, monitors moved on from CRT displays, which were harmful, and evolved into flat panel displays. This technology works by encasing a particular substance between two panes of glass and then activated in a few different ways. It’s pretty ingenious.
While there are a lot of different flat panel displays, the most common types are Liquid Crystal Displays (LCDs) and Plasma Display Panels (PDPs), each with their advantages and disadvantages.
PDPs work by having small cells of electrically charged ionized gas. As the gas is heated, the temperature rises to the mind-boggling temperature of 1200 Celsius, the gas turns to plasma and begins to emit light. As such, PDPs are incredibly bright with much higher contrast ratios than LCDs, so much so, that there are more prone to image burn-in and use quite a bit of power. One benefit, though, is that PDPs are easy to manufacture in large sizes, so really, any screen you see that’s large (Think 100” +) are most likely plasma displays.
LCDs on the other hand, us some more complicated tech. Liquid Crystals (LCs) are a state of matter between liquid and solid, and can be of several different phases, with the most common one being Nematic, a technology we’ll cover a bit later in the article. What happens then, is that two LCs panels are placed one on top of the other, each with its alignment, most usually perpendicular. T
Then once an electrical field is applied, the ‘pattern’ of the LCs alters and either block or doesn’t block light coming through. In this way, by minutely controlling the voltage, the LCs can be made to let light through at varying levels, representing different shades of gray. It’s pretty impressive actually.
I know this all sounds quite complicated, though, so to make it a bit simpler, think of polarized glasses for viewing 3D and you’ll get the idea. Each lens is polarized at a different angle so that only one eye sees one of the two superimposed images on the screen, and you get a 3D effect through stereoscopy. The only difference here is that LCs aren’t fixed, and can change depending on voltage, so the angle the crystals lie can be altered.
Of course, you might have noticed by now that I haven’t mentioned light being emitted like I did for PDPs, and that’s because LCs themselves don’t create light, they only temper it. That’s why most LCDs use some form of backlighting, which we’ll be covering below.