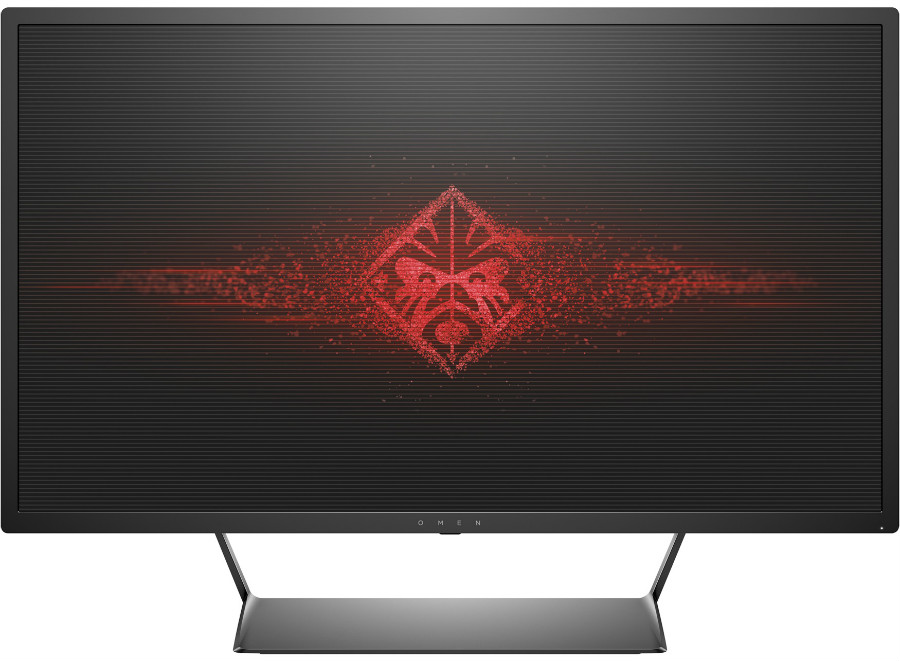 1440p monitors are the next logical choice if you want to keep up with the market and its trends, or if you only want the middle ground regarding performance optimization and image detail improvement. Some of the best displays in the business use this resolution, and a lot of users prefer it more than 4K due to the latter’s enormous GPU power appetite. One caveat for QHD products is that they are still expensive at this point, and in the course of our several reviews, we have seen products which are even more costly than some fantastic 4K offerings. It is a rare case to see a gamer-centric product with 1440p under $400 or $500 unless you go smaller than the typical 27-inch form factor. But even if you do, most of the models you will find are either for the prosumer market or the average run of the mill screen. But one product broke out of these norms; the 32-inch behemoth HP Omen 32 gaming monitor, the company’s attempt to capture the big screen gamer’s hearts.

The HP 32 Pavilion and the HP 32 Omen are almost identical, except for the fact that the Omen is a gaming variant that includes FreeSync and can go up to a 75Hz refresh rate. Both have 1440p QHD resolutions which isn’t natively supported by the PS4. If you force these two to portray 1080p images, you might run into some imaging issues or the monitor might not be able to detect the signal. 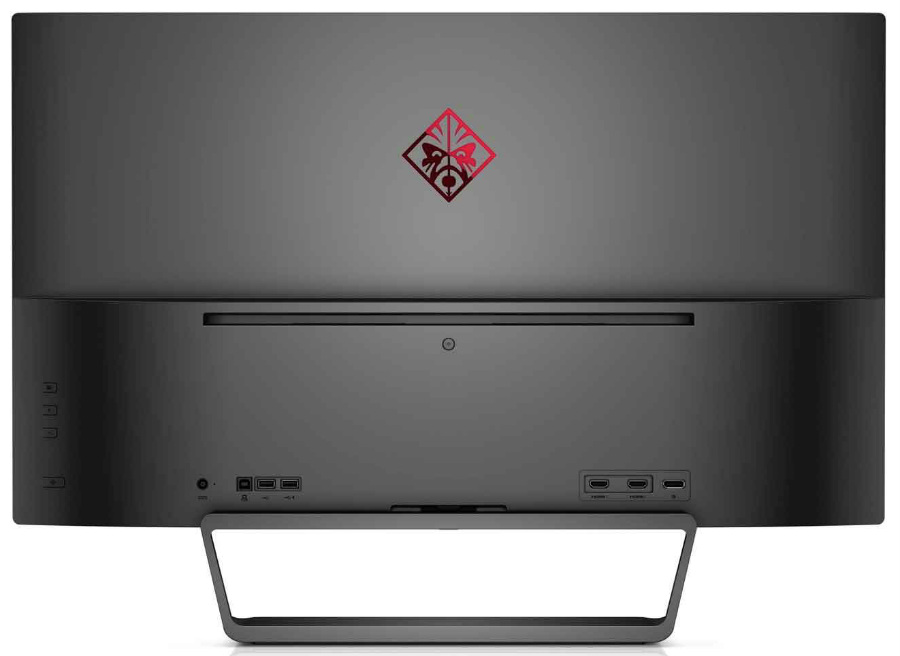 The gigantic HP Omen 32 sports a sleek matte black finish all over the whole product which does not attract a lot of fingerprints or hairline scratches. Looking at the face of this monitor, users can immediately notice the 12mm bezels wrapping the edges of the expansive screen. 12mm is a little thick by today’s standards, but we imagine that the panel requires a wider edge coverage to keep it in place. Even so, once you turn on the product and eye-candy starts to pop out, these pieces of plastic would instantly become noticeable due to the screen size. Once you turn over to the back side, the Omen logo prominently greets your peepers against the vastness of the plain surface, but instead of using LED lighting, HP only uses a red reflective material. All of the functions of this model can be found here, from the OSD buttons to all the connectivity ports.

For signal input options, the HP Omen 32 includes a DisplayPort 1.2, two HDMI ports, and three USB 2.0 receptacles. This unit’s size makes it ideal for console gaming as well, so having two HDMI ports for your PS4 and Xbox one or an HTPC allows you to complete your battle station with all your host devices, making this offering versatile for home entertainment. The OSD buttons on the left side, and accessible on the right from the front feels tactile and responsive, but this placement is not ideal for convenience since users will mostly fumble to adjust different settings. The stand for the Omen 32 looks interesting since it adopts a rectangular frame rather the standard inverted T we usually see. This design is ideal, so the 21lb heft distributes to a larger surface, making the screen stable on your desk. Users can opt to use VESA mounting options by using the included adapter which screws to the slot on the top center of the bulge of the cabinet.

The HP Omen 32 packs a massive 1440p VA panel with 75Hz refresh rate, 5ms response time and 3000:1 contrast ratio. HP’s spec sheet boasts of 100% sRGB coverage and 1.07 billion colors via FRC, and in our Battlefield 1 tests, these statements seemed more or less accurate. The expected extreme contrast levels are attractive for accentuated vibrant colors, so the jungle brush in the Argonne Forest map seemed like it was alive instead of just being naturally green. There were no harmful levels of ghosting as far as our test went, but the 5ms pixel response became apparent at some points when we were blitzing through the maps. Playing FPS games on slower panels is usually not ideal if you are sensitive to image flaws and connective feel, so we think the Omen 32 will mostly sit well with games which rely more on immersion than fast paced action to convey the storyline and atmosphere the developers intended users to experience. You might enjoy titles like the Upcoming Mass Effect Andromeda and its dark outer space setting more than FPS shooters such as Overwatch. Still, for casual purposes, the Omen 32 will suffice if you value a visual fiesta which fast monitors usually forego.

For RPGs or story-driven titles, the Omen 32’s 75Hz is more than enough. As the cycle limit goes higher, benefits diminish so the 60Hz – 75Hz bracket will yield the immediate results most aging 60Hz screen users seek in an upgrade. 1440p will also wreak havoc on your GPU on some titles, but it’s a good thing that this offering includes Freesync in its arsenal. The VRR tech only operates from 48Hz to 75Hz, so users looking to benefit from it should adjust settings realistically to keep frame rates optimal. Once you achieve balance, buttery smooth images coupled with the incredible contrast and accompanying color pop offers excellent levels of detail and visual enjoyment. Pictures and videos cannot capture the qualities of the Omen 32’s screen output, but we can honestly tell that the sacrifice in pixel response is a worthy trade-off on 32-inches of display estate.

Another important characteristic to consider for large monitors is uniformity and the frequency or level of panel flaws such as backlight bleed. Sizeable units are notorious for having leaks on corners or at the sides, but we are pleased to report that our device did not suffer from obvious or disturbing defects. Our black screen tests did not show any evidence of such flaws, but we did notice a little yellowing on the lower left side of the screen. This problem will affect sensitive users who will use this product for a lot of browsing or document processing, but the Omen 32’s gamer-centric feature set dictates that most buyers will express interest if their usage biases towards entertainment purposes more than productivity. All of the image qualities we described in this review are achieved with minimal tweaking, so the HP Omen 32 is an ideal option for out of the box users or multi-input scenarios where switching between presets, filters or adjustments are regularly needed.

Looking forward to bloody and gritty battles in RPGs or enjoying the mysterious darkness found in exploration titles? If you are into these types of games, The HP Omen 32 is an excellent choice due to its substantial size and 1440p resolution which it’s fantastic color and contrast output enhances to create a visually stunning gaming experience. Although the VA panel in this product is a bit slow by today’s standards, we cannot say that casual FPS Warriors should not favor this product. For after-hours enjoyment or occasional frag sessions with friends, the Omen 32 is still an ideal product unless your play style relies on snappy responsiveness. Immersive experiences do not dive as deep as what ultra-wides can offer, but the 32-inch viewing space induces an illusion of that effect to some degree which you usually cannot achieve on conventional 24-inch units. By any means, the HP Omen 32 is not a perfect product, but its awesome size and adequate capabilities make it impossible to argue with its sub $400 price tag.