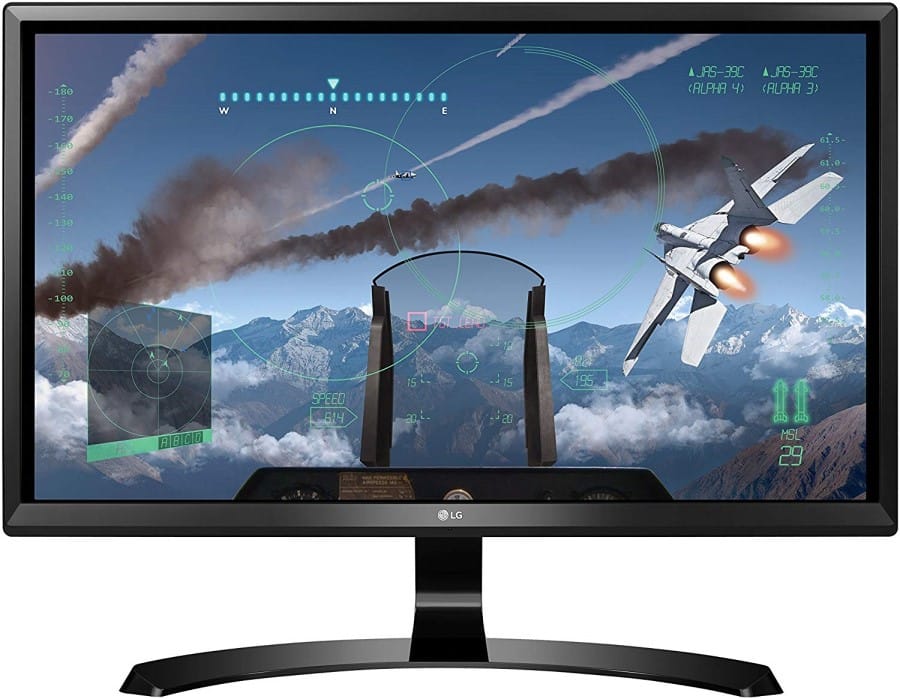 The LG 24UD58-B is a miniaturized 4K monitor that is big in resolution but space-saving and budget-friendly for all types of users. The compact monitor provides one of the highest pixel densities available in the market now which makes it suitable for numerous applications. The LG 24UD58-B is an attractive budget replacement for high-end models like the new LG UltraFine 4K, but can this model provide an acceptable level of imaging fidelity for its audience? 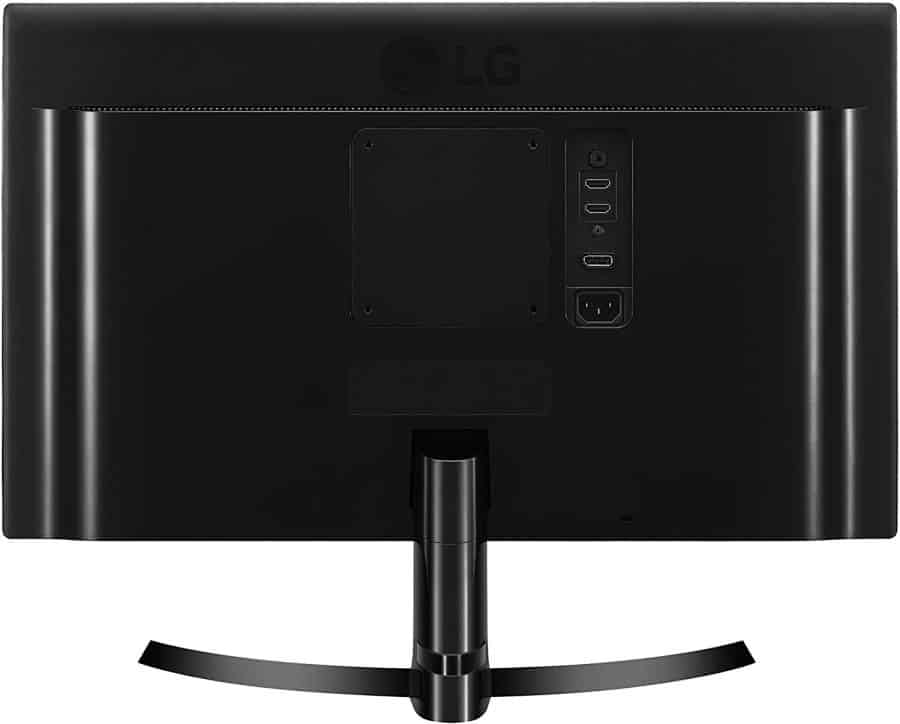 The LG 24UD68-B slots into the brand’s budget category of its IPS monitors with the UD name coding which also includes venerable models like the 27UD68-P. The monitor is encased in a glossy black chassis which looks classy, yet difficult to protect against scratches and dust. The display isn’t bezel-free, and the plastic strips tend to look thicker than anyone would want in a modern display.

The build quality on the LG 24UD58-B is at a level that’s comparable to the higher models such as the aforementioned LG 27UD68-P. The materials feel good and sturdy, and you won’t see any cosmetic defects on the seams or the overall surfaces that use plastic. We noticed a slight wobble on the stand, but it isn’t enough to be disturbing unless you pound with your paws on the desk.

You also don’t have to deal with pesky OSD buttons on the LG 24UD68-B since it includes the brand’s On-Screen Control feature. The app will let you tweak the monitor using your mouse and keyboard, so you don’t have to fumble in the dark for tactile buttons. This add-on is very user-friendly, and we think manufacturers should begin to make it standard across their display lines.

The LG 24UD68-B also sports the distinct ArcLine design stand which the brand uses as an aesthetic effect for many of its different variants. The wide reach of the arc-shaped base gives the monitor excellent footing on a flat surface, so it won’t easily topple over. The downside is the mechanism only includes tilt, severely limiting the user’s options in view angles and setup orientations.

The good news is you can remove the LG 24UD68-B’s stand in favor of a VESA mount which goes right on the four bolt holes at the back. Doing so removes the only decorative feature of the product, but you do get better ergonomics which enhances the monitor’s usability. Another aspect you have to consider is that adding a VESA mount adds to the total cost of your upgrade which could defeat the budget proposition of this offering. 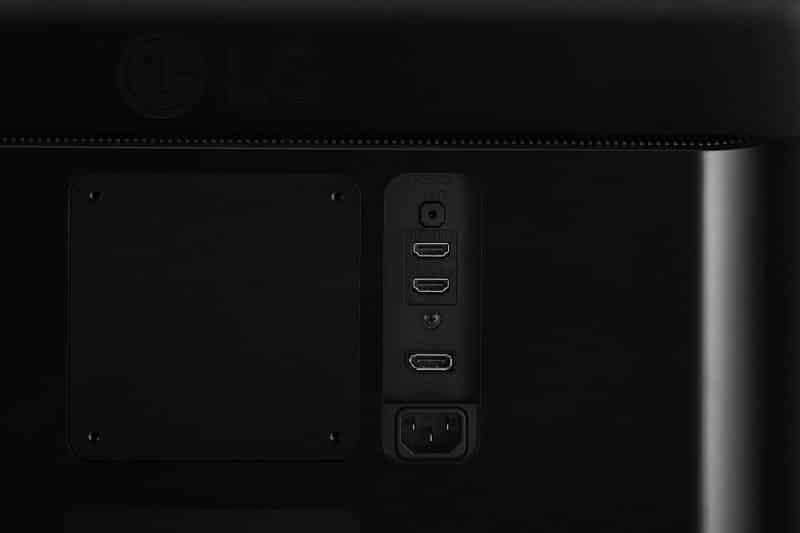 The connectivity layout on the LG 24UD68-B is fairly limited, but it does include everything you will need to run at 4K. It includes DisplayPort 1.2 along with two HDMI 2.0 slots which should be able to handle a PC or a laptop plus two other UHD devices such as a gaming console. There are no speakers since this is a budget model, but you still get a 3.5mm jack for audio passthrough.

The LG 24UD68-B sports a 24-inch IPS panel with a 3840 x 2160 resolution, 60Hz refresh rate, and 5ms response time. The backlight is limited to 250cd/m2, while the contrast ratio is claimed to sit at a typical 1000:1. The considerably more expensive Ultrafine 4K has the advantage in brightness and contrast, but costs at least three times more and has a Nano-IPS panel instead of the regular module.

But what’s fantastic about the LG 24UD68-B is its spectacular pixel density of 187 PPI which results in excellent crispness. The screen looks sharp and detailed even if you sit close or far from the display. The problem is you are going to need to use scaling when reading text or coding since they appear too small in this screen.

The LG 24UD68-B posts decent scores in color quality starting with a 99% sRGB coverage which is great for everyday use. Accuracy out of the box sits at an average DeltaE of 2.4 which isn’t the best, but many users will fail to notice the variances. You can calibrate the monitor to improve the DE to below 2.2 levels, but we don’t think it’s necessary considering the product’s price point.

The color temperature is slightly higher than the 6500K standard, but what’s great about it is it reduces the warmth of the sRGB output. Gamma also misses its ideal point by a few clicks at 2.16, but thankfully, the colors don’t wash out or darken. The screen’s contrast ratio is probably its weakest characteristic, maxing out at 870:1 when brightness is moderated to reasonable levels.

We did not notice any disturbing or detrimental backlight bleeding on the LG 24UD68-B test unit. However, some clouding will appear from the small leaks on the top edges, but you need to squint or look very closely to see them. Colors and contrast aren’t affected on a visible scale, but this could vary between unit to unit.

The LG 24UD68-B isn’t the fastest when it comes to pixel response times, but it can provide a decent experience if you play casual, or slow-paced titles. The OSD includes an Overdrive feature, but both levels will induce overshoot respectively. It’s best to leave it off, but you can try the Fast setting if the ghosting becomes troublesome to you.

The LG 24UD68-B is advertised as a gaming monitor, so it comes compatible with AMD’s FreeSync. The monitor isn’t tested to be fully compatible with G-Sync, so we don’t recommend buying this model with the premise that you can utilize VRR technology with an Nvidia GPU. Input lag is limited to 10ms at 60Hz, so there are no delays or “de-synced” instances during gameplay.

The LG 24UD68-B is a decent 4K monitor considering its price and the qualities the IPS panels can offer for users. Color fidelity is decent for a non-factory calibrated display, but the main selling point of the product is its fantastic pixel density. This model is great for users who want a sharper image and more desktop space, but you might have to use scaling.

This model is advertised for gaming, but its pixel responsiveness leaves something to be desired. It’s a great secondary or mix-use display, but we recommend going with the 27-inch variants for better visibility.