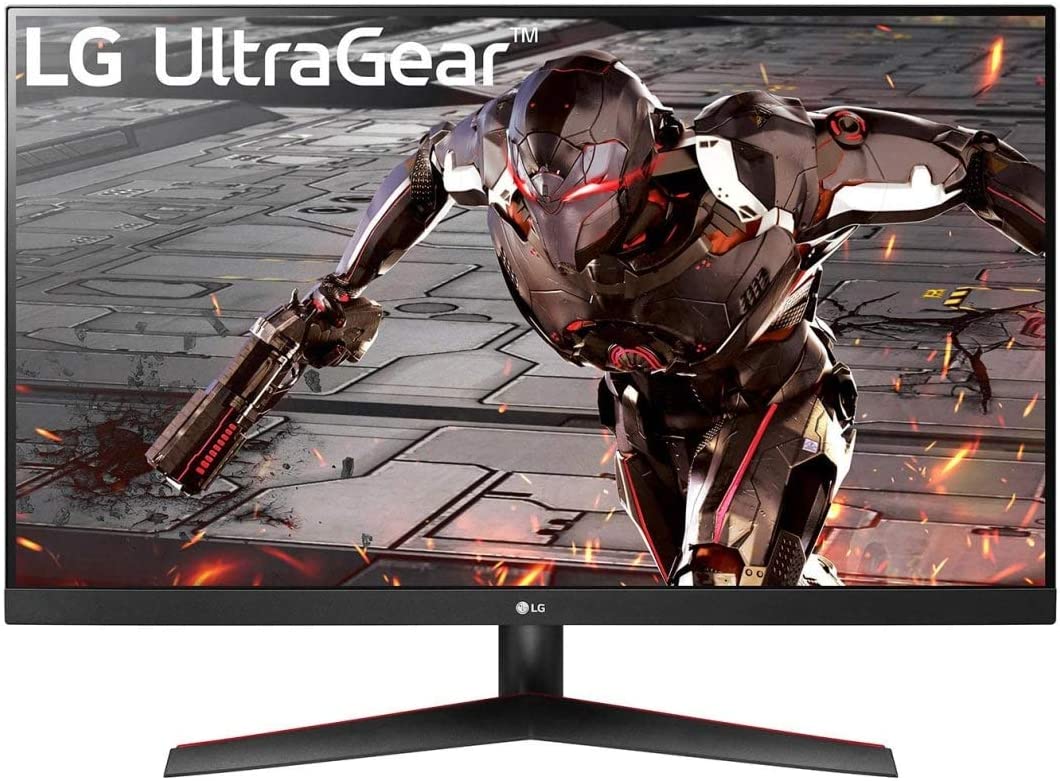 Check the Latest Price on Amazon

The LG 32GN600 is an easy-to-own display solution for users who want a large screen for gaming without spending too much. The monitor features a 32-inch VA screen with a 165Hz refresh rate which is close to the standard of modern gaming. Let’s check out if the LG 32GN600 truly offers great value by measuring its performance and capabilities.

The LG 32GN600 uses its UltraGear formula, which is modern minimalist and doesn’t forget its gamer-centric nature. The device has a matte black finish with red accents in the right spots, so it doesn’t look too aggressive. The large display is bezel-free on three sides, so it looks even bigger even if inner borders appear when it’s in use.

It’s a large monitor, so some gamers with limited desk space might want to consider its dimensions first. It is not too heavy at 13 pounds, but its 28-inch width could interfere with big speakers like bookshelf types. Its total depth is limited to 8.9 inches, but that’s because it’s not as bulky as the other LG monitors with more flexibility.

Build quality for the LG 32GN600 is great since the brand uses high-quality plastics with excellent manufacturing processes. The device doesn’t have uneven gaps or seams, and it doesn’t feel like it will easily break. The stand does have a bit of wobble due to the low center of gravity, but it only happens when you nudge it accidentally or use its OSD joystick.

The LG 32GN600, as mentioned, has an OSD joystick under the LG logo, unlike many other budget monitors in the market. It is also compatible with LG’s OnScreen display, allowing you to control its settings directly in your OS. This kind of implementation is the most convenient in the market since you spend less time trying to get to a setting.

The stand included with the LG 32GN600 only offers tilt for adjustments, so it isn’t the most ideal. However, that omission helped with lowering the price, so we couldn’t really complain either. You can opt for VESA mounts, but keep in mind that it will be an added cost if you don’t have one yet.

The connectivity layout also received some omissions to help met the targeted lower price point. You only get DisplayPort 1.4 and two HDMI 2.0 slots, plus a 3.5mm jack for headphones and speakers. Note that you need to use the DP slot for 165Hz, although the HDMI 2.0 ports can do 144Hz smoothly.

It is also understandable that the LG 32GN600 as a budget monitor did not include speakers in its features. The cabinet is also quite thin, so there is no room, and a redesign would probably cost more. However, we consider built-ins to be value-oriented add-ons since consumers can use them for other purposes such as remote work.

32-inch monitors are a little less crisp than the more common 27-inch variants, but they still are an upgrade over your typical office monitor. The large space is just expanded over more real estate, while sharpness only takes a minor hit. It is great for games and productivity, plus the GPU requirements are more reasonable versus 4K.

The LG 32GN600 renders 98% sRGB, which isn’t the widest, but acceptable enough for gaming purposes and daily use. It also offers great default accuracy since the dE average is 1.81, which is impressive from a budget-oriented product. Most users will be happy with it, so only a few tweaks like setting the perfect brightness level will be necessary.

Calibrating with a colorimeter lowered the monitor’s deltaE average to 0.63, a score you get from prosumer displays. However, getting a score like this is not easy, so you have to get a colorimeter to achieve it. Those aren’t cheap, so we think that they are only necessary for color-critical work like editing or content creation.

The backlight on the LG 32GN600 reached 345 cd/m2, which is bright enough to fight glare during daytime use. The contrast ratio peaked at 2711:1 at 60% brightness, enabling the monitor to produce deep blacks and rich colors. Dark screens look great since the black backgrounds don’t look washed out or grayish.

Panel uniformity for the LG 32GN600 was excellent overall since there were no considerable light leaks or clouding issues. There is some variance in the backlight’s spread towards the sides, but it is not enough to be distracting while gaming. Note that this aspect varies between every unit, so there are better and worse ones out there.

The LG 32GN600 is still prone to blurring, but that’s natural for most VA panels in the current market. Setting the overdrive to its Fast setting reduces this slightly, while the Faster level does a bit better with some minor overshoot. We recommend testing out these two settings and finding which is best for you since they have pros and cons.

The LG 32GN600 is a FreeSync monitor, but it’s also compatible with Nvidia’s G-Sync for flexibility. This duality is nice to have since you won’t be stuck with a GPU brand when the time to upgrade comes. Input lag sits at 4ms at 165Hz, so there is no need to worry about delays while enjoying your favorite titles.

The LG 32GN600 is a decent buy for thrifty gamers who want high refresh rates and a big, high-contrast screen. It offers great color quality out of the box, and it looks quite good when playing night-themed games. It’s a bit limited in features, but it has excellent build quality, unlike many budget models in the market.

Its flaws aren’t deal-breakers, but they are there, and they can be annoying at times. Competitive gamers will not like the limited pixel response time, especially in games with high-contrast environments and night-time scenes. You can’t argue with the LG 32GN600’s price, which makes it a great buy, but take note of these flaws before pulling the trigger.