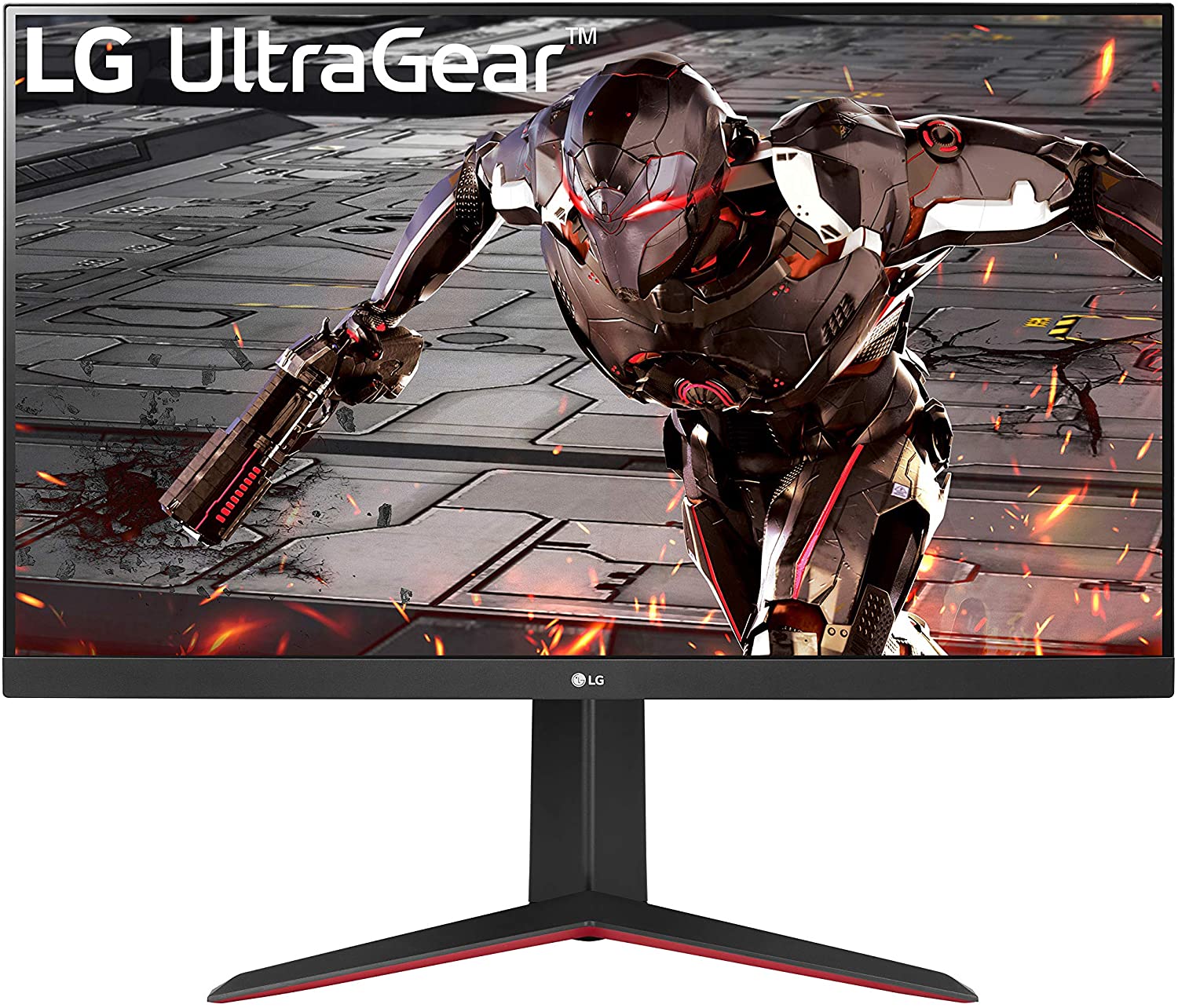 The LG 32GN650-B is a reasonably-priced spiritual successor to the 32GK650 with improved design and performance. The 32-inch 1440p screen provides an expansive view while its UltraGear breeding takes care of its gaming chops. Let’s check out if the LG 32GN650-B is worth every dollar or if its predecessor is a much better deal. 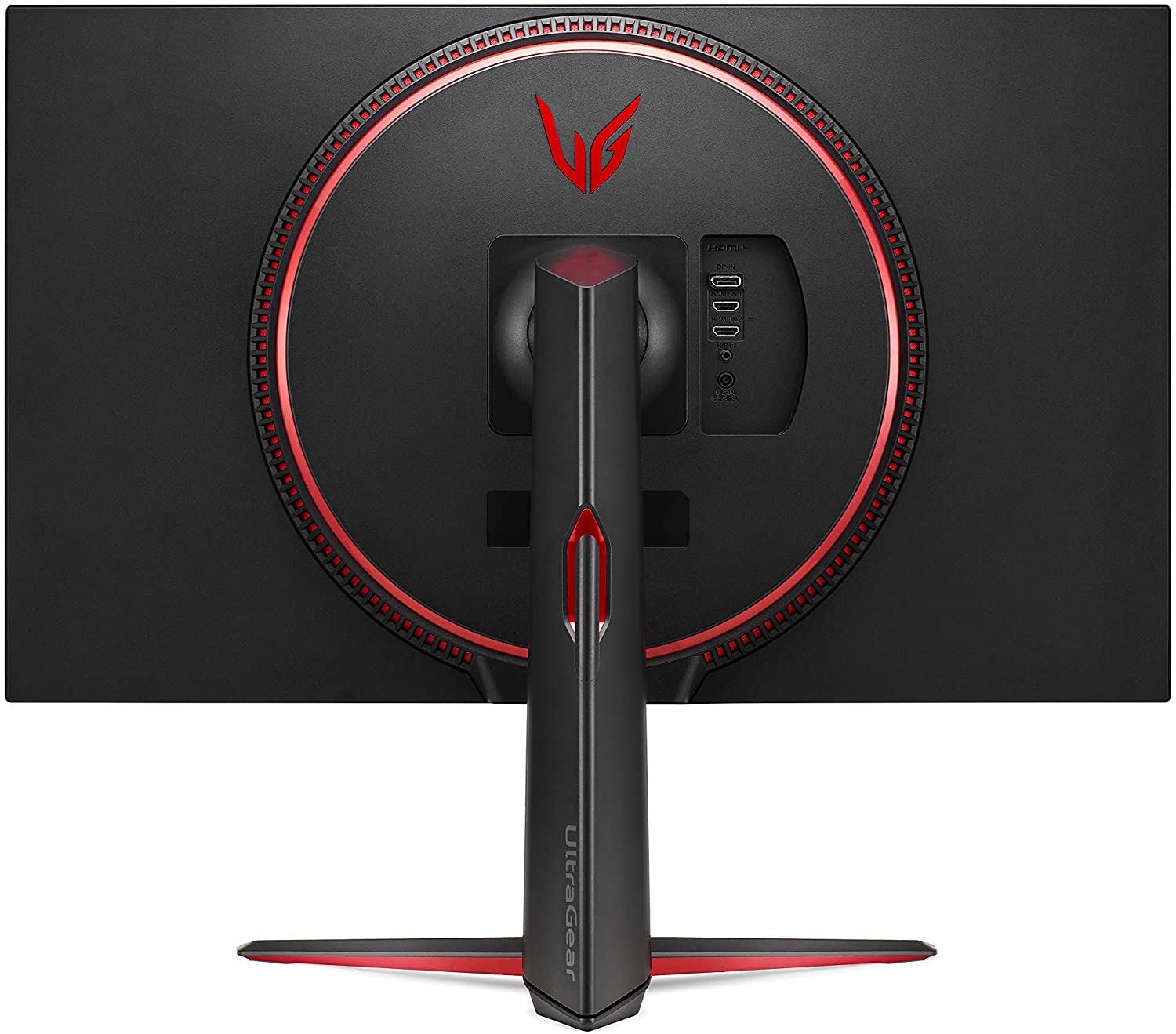 The LG 32GN650-B is a flat VA monitor that uses the UltraGear aesthetics found on LG’s latest gaming variants. The monitor has a matte black chassis all over with red streaks in some discrete spots. The display is bezel-free on three sides, but you will still see panel borders when it’s in use. The LG 32GN650-B is considerably larger than most monitors you normally see at school or work. The device needs almost a foot of depth even if it’s a flat-screen, but it only weighs in at 15.9 pounds. You are going to need to clear some space for this monitor, especially if you have a lot of peripherals. Build quality for the LG 32GN650-B is great since the plastics used are of decent quality with good durability. There are no cosmetic defects as well so you get a precision-machined device as expected from the brand. However, the stand for the LG 32GN650-B wobbles a lot when it’s fully extended, so be prepared to compensate for that. The LG 32GN650-B has an OSD joystick that’s easy to access at the center of the bottom bezel. It’s also great that you can use LG’s OnScreen Control app which lets you manipulate some settings directly on your OS desktop. Adjusting settings on the fly has always been easier with LG monitors, and that’s a big bonus for its users. The stand included with the LG 32GN650-B offers tilt, pivot, and height adjustments so getting a comfortable view angle is easy. This model is one of the few that can be used in portrait mode, but take note that it can only rotate in a single direction. You can also opt for VESA mounts if you want to avoid the wobbling issue or if you want to save space for other peripherals. 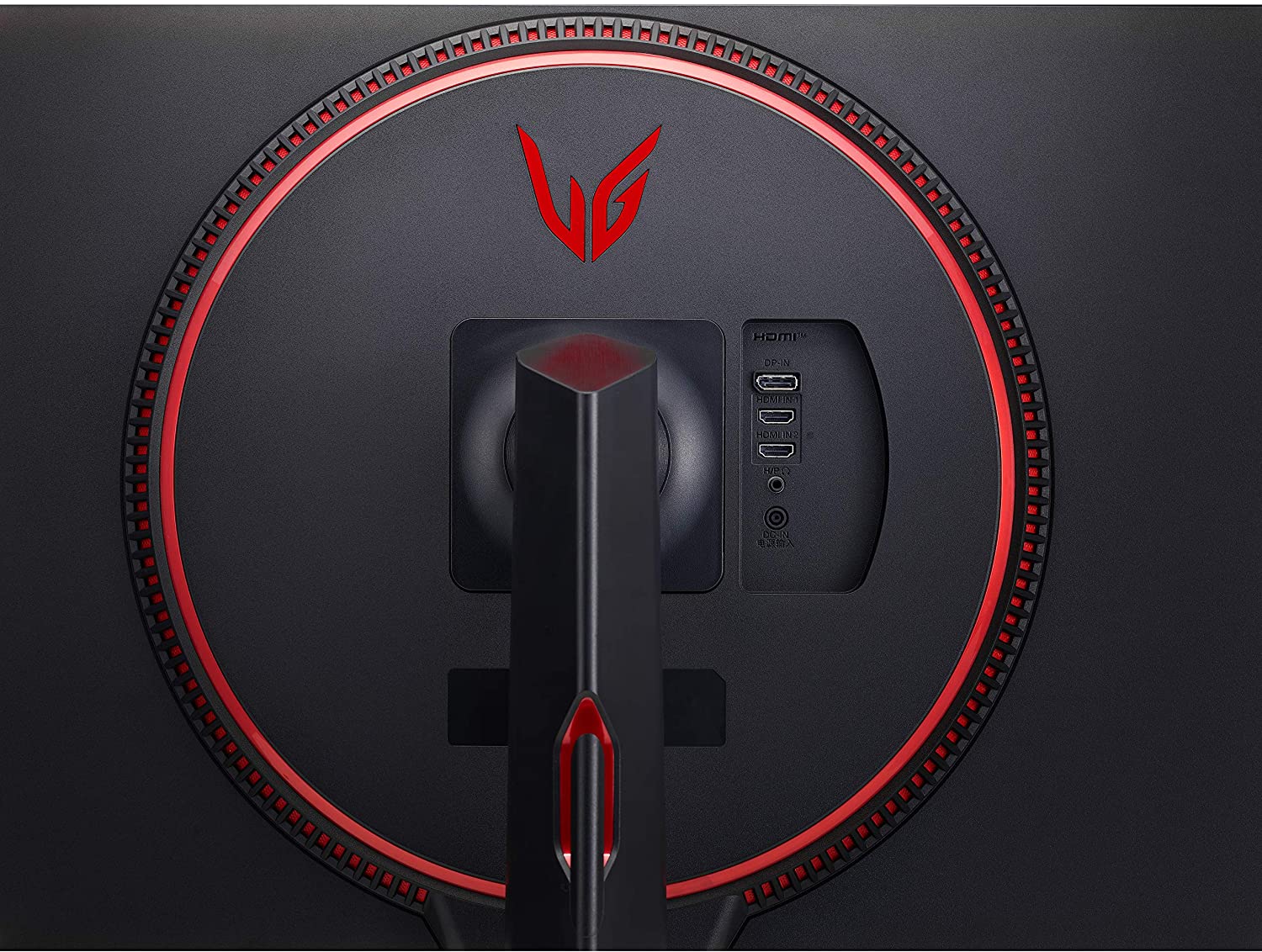 The connectivity layout on the LG 32GN650-B includes DIslayPort 1.4 and two HDMI 2.0 slots for video inputs. You don’t get USB slots with this model, but there is a 3.5mm jack for convenience. We’re okay with missing out on extra ports in exchange for a low price, so we can’t complain regarding this aspect. The LG 32GN650-B doesn’t have speakers which, again, is understandable for a monitor in this price range. Its also worth noting that the cabinet is quite thin for a 32-inch model, so there is no space left for an audio solution. It’s nice to have secondaries or backups, but gamers will most likely use headsets or desktop speakers while playing games anyway.

The LG 32GN650-B sports a 32-inch VA panel with a 2560 x 1440 resolution, a 165Hz refresh rate, and a 1ms MPRT response time. The backlight is rated at 350 cd/m2 while the contrast ratio is listed at 3000:1 like most VA monitors. This model doesn’t advertise HDR capabilities beyond HDR10 compatibility, and it doesn’t even promise wide gamut coverages beyond the sRGB color space. 1440p at 32 inches looks less crisp, but it still is a considerable upgrade to 1080p when it comes to sharpness and detail. It doesn’t look pixelated even if you sit close, so games will look sharp and clean. Text and small objects, on the other hand, are easy on the eyes compared to 4K screens so you won’t struggle with long documents and browsing. The LG 32GN650-B covers 99% of the sRGB gamut and around 79% DCI P3 which is decent for a gaming monitor. It’s not the most vibrant by today’s standards, but games will still look rich and correctly saturated. Default accuracy is great since the DeltaE average is only at 2.35, so most users won’t need to calibrate right away. Using a colorimeter with the  LG 32GN650-B will make it even better since it’s possible to get a dE average of only 0.50. that makes it usable for editing and content creation, but do not forget that you are limited to sRGB. Most users won’t need to shell out the cash for a colorimeter, and we think they will be happy with very minor tweaks to the default setting. The LG 32GN650-B only managed 310 cd/m2 in SDR, but it can pulse up to 370 cd/m2 when it’s fed an HDR signal. The contrast ratio averaged at 3205:1 at 60% brightness, so blacks and dark scenes are rich and murky. However, these are not enough to produce pleasing HDR imagery since it’s still technically limited. Panel uniformity for the LG 32GN650-B is overall excellent since there were no backlight leaks or clouding issues on any of its quadrants. There are some variances in the spread of the backlight, but it’s not noticeable when the screen is in use. This aspect varies widely between every unit made, so there are worse ones out there. The LG 32GN650-B isn’t as fast as some VA monitors we’ve tested when it comes to pixel response times. Blurring and ghosting aren’t an issue if you can run at 165Hz, but some persistence and smudges will still happen. Setting the overdrive to its Faster setting is your best bet since anything faster will replace the minor blurring with visible ghosting. The LG 32GN650-B is a FreeSync gaming monitor, but it also works flawlessly with Nvidia’s G-Sync Compatible mode. This duality allows you to choose your GPU freely, especially at a time both brands have great but scarce SKUs. Input lag sits at 4ms at 165Hz, so there is no need to worry about delays while gaming.

The LG 32GN650-B is a great pick if you want a large 1440p screen at the $400 price point. It’s got a decent color performance out of the box and it’s reasonably good when it comes to gaming performance. Its strongest point is its deep contrast which lowers black luminance and improves saturation all around. On the other hand, you can’t expect flagship-level capabilities with the LG 32GN650-B. Most of the money goes to the large screen with a high-refresh rate, but we think that’s reasonable if you simply want an immersive and sharp screen. It’s a great buy and you’d have to spend a lot more on something like the Asus PG329Q if you want something better. Pros: Cons: