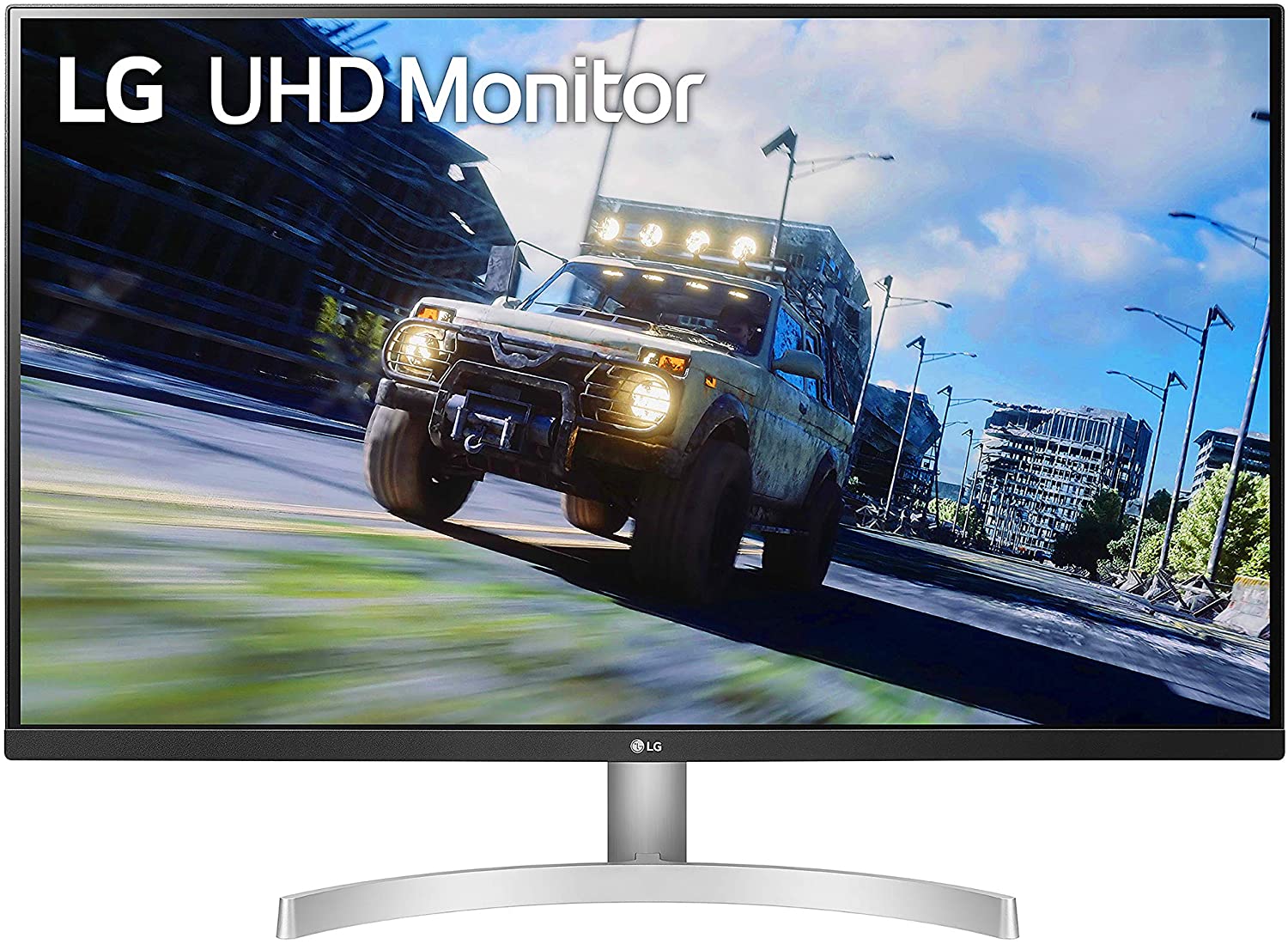 The LG 32UN500-W is a big-screen 4K monitor for daily use that won’t put a considerable dent in your finances like its Nano-IPS or OLED counterparts. This monitor uses VA technology instead of IPS so you get better black luminance levels and richness. The LG 32UN500-W is priced as if it is too good to be true, so let’s check out what it offers for discerning users. 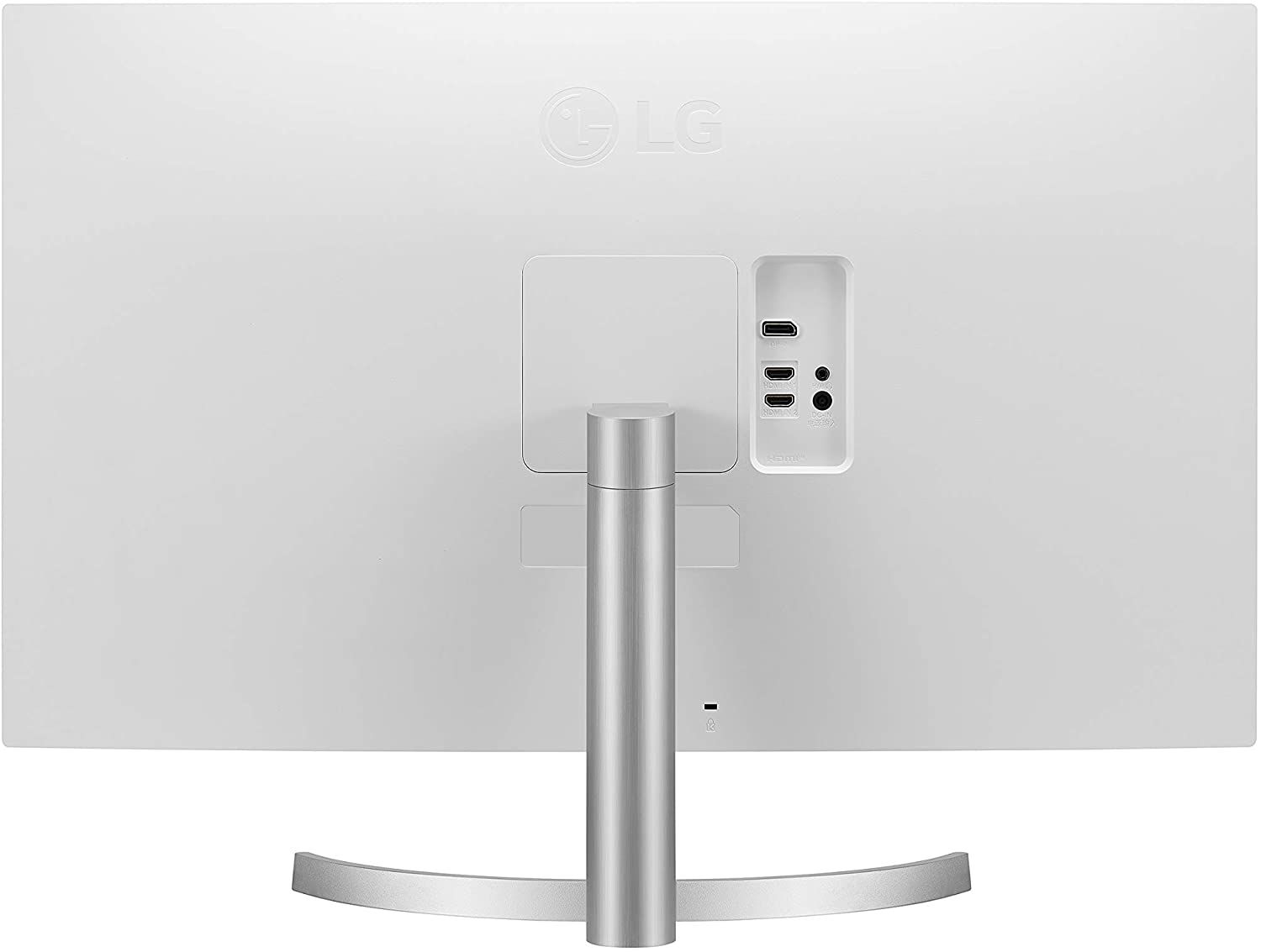 The LG 32UN500-W is an entry-level variant in the 4K monitor bracket, but it doesn’t look cheap or unenticing at all. It comes with a white chassis that’s denoted by the W on its model number and is mated to a silver stand that gives it its appeal. The black-colored front is bezel-free on three sides, but you will still see minimal panel borders when it’s in use.

LG has put extra effort into slimming down its recent monitors so they save space and use up fewer materials. The LG 32UN500-W is less than two inches thick if its stand is detached and a little over eight inches when assembled. You won’t struggle with space on your desk since the stand doesn’t take up a solid area but do remember that it’s more than two feet wide.

Build quality is better on this model compared to its predecessors since the wobbling has been minimized. It still happens, but that’s understandable and acceptable since this model is already quite big and heavy compared to the usual. The chassis is mostly made of plastic, but it feels sturdy and able to hold the weight of the device.

It is easy to access the LG 32UN500-W’s OSD since it has a joystick for it in the middle of the bottom bezel. You can also use LG’s OnScreen Control feature which allows you to access its settings directly from your OS. LG implements this control layout for most, if not all of their monitors, and it’s one of our favorite features from them.

The stand included with the LG looks great and it still uses the ArcLine design that is one of the brand’s signatures. However, it only offers tilt for ergonomics so you don’t get a lot of room to adjust for comfort. You can opt for VESA mounts, but that adds cost to your upgrade if you don’t already have one in your setup. 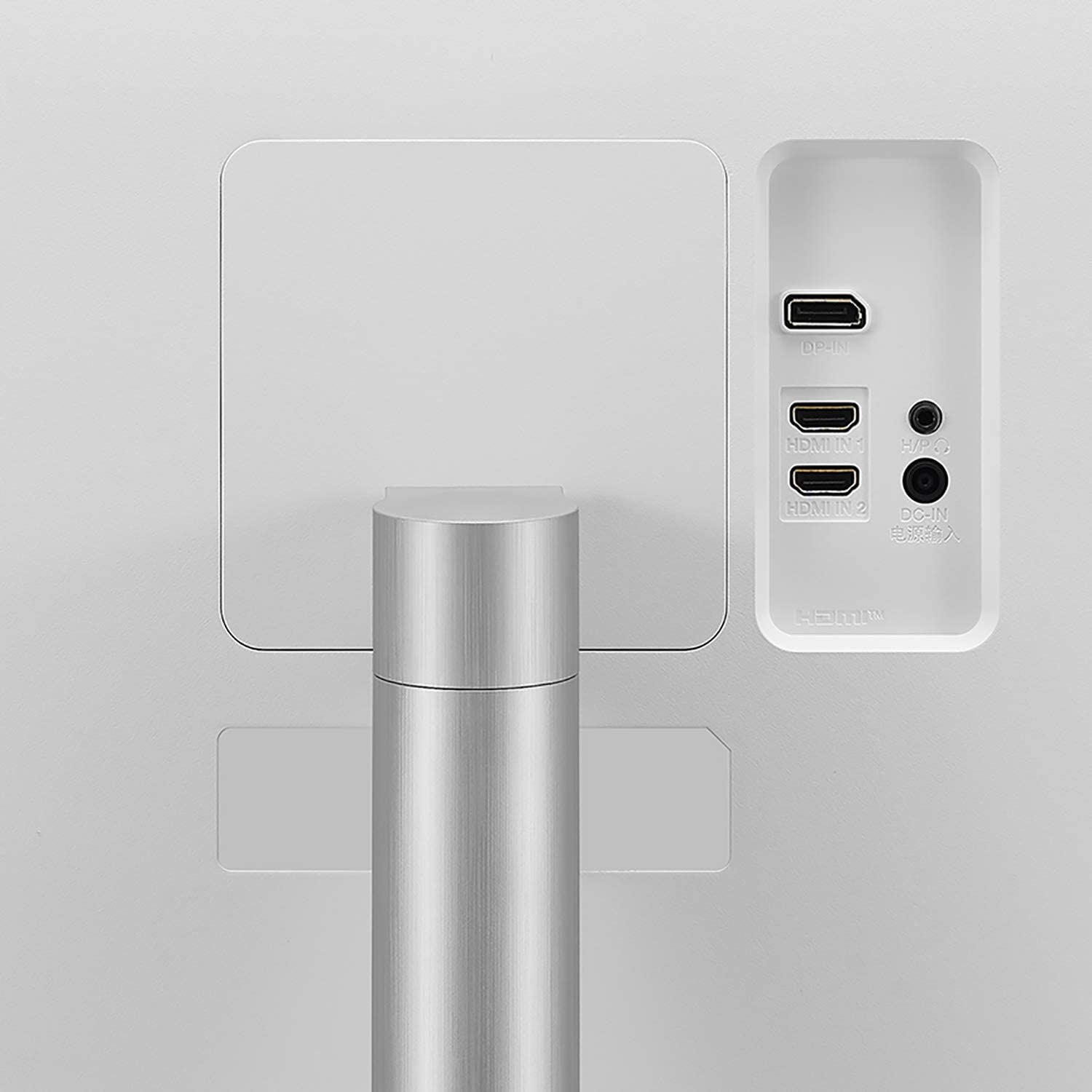 Connectivity isn’t plentiful on the LG 32UN500-W, but that’s understandable since it is a budget option. The layout at the rear only offers a DisplayPort 1.4 slot and two HDMI 2.0 ports, along with a 3.5mm jack for headphones. That’s enough for your PC and two 4K-capable gaming consoles, so the lack of USB ports should be forgivable for most users.

The LG 32UN500-W packs a pair of 5-watt speakers which are decently loud and considerably better than most that we have tested. The pair sounds good for background music and movies, but it still lacks the deep, resonating bass gamers like. However, we’re glad that LG added a more powerful pair with this budget model where some brands would rather skimp on it, even with their premium variants.

The LG 32UN500-W boasts a 32-inch 4K panel with a 3840 x 2160 resolution, a 60Hz refresh rate, and a 5ms response time. The panel’s backlight got upgraded to 350 cd/m2 versus its predecessor, while the contrast ratio sits at 3000:1 like most VA monitors. This model also advertises HDR compatibility, but it doesn’t have the necessary specs to qualify for the VESA standards and is only labeled as an HDR10 monitor.

4K monitors are perfect are 32 inches since the upgrade in pixel count becomes more appreciable compared to the 27-inch variants. Small objects are more visible and legible plus you will be able to see the benefits of the sharpness better. We used to think that 32 inches are too big for daily use, but that isn’t the case if a 4K panel is involved.

The LG 32UN500-W is capable of impressive color thanks to its 125% sRGB and 85% DCI-P3 coverage that makes images pop. Default accuracy is also excellent for a budget monitor since the deltaE average sits at 2.23. it isn’t perfect for editing, but you’d be hard-pressed to see errors or deviances in typical use.

Calibrating the LG 32UN500-W resulted in a substantially lower dE average of 1.54 with a more balanced RGB saturation. However, we didn’t see any noticeable improvements, so it’s a moot point to even consider buying an expensive colorimeter if you don’t already have one. Take note that measurement results will vary between units, so you might get better numbers.

The LG 32UN500-W can exceed its brightness rating since its backlight reached a searing 380 cd/m2 at 100%. The contrast ratio managed 2420:1 at 60% brightness resulting in deep blacks and gorgeous saturation. However, there is little to no improvement with the screen if HDR is active since the monitor isn’t equipped to boost these two specifications.

Panel uniformity for the LG 32UN500-W is great since there are no annoying backlight leaks or severe clouding issues in all-black images. The upper corners are slightly dimmer at the center, but it’s only noticeable in select instances such as dark and murky scenes. But again, this could vary between every unit since there are some tolerances to consider.

The LG 32UN500-W’s main weakness is its pixel responsiveness which gives way to blurring and persistence in fast or contrasting transitions. The monitor has an overdrive feature which helps to minimize it but maxing out it will induce noticeable overshoot. We do think that it is acceptable since the monitor is limited to 60Hz and it’s a VA panel, but there are better models out there.

The LG 32UN500-W is a FreeSync monitor, but it also works with Nvidia’s G-Sync compatible mode. It’s always nice to have VRR support for both GPU brands since 4K 60Hz is still demanding, and there’s no guarantee that one brand will consistently offer the best GPU every release cycle. Input lag sits at 9ms at 60Hz native resolution, so delays aren’t noticeable even if it isn’t the fastest 4K monitor around.

The LG 32UN500-W is a fantastic choice if you want a vibrant 4K monitor for entertainment, gaming, or daily use. Its color performance and contrast are superb, but you can’t count on it for an enjoyable HDR experience. What’s best about it is it is very affordable at $350 which is what we used to pay for 1440p monitors in recent years.

There are limitations with the LG 32UN500-W starting with its stand and lack of tuning for fast-paced games, but those are understandable at this price. The $350 you pay focuses on the gorgeous screen, so we still think it’s a worthy buy.