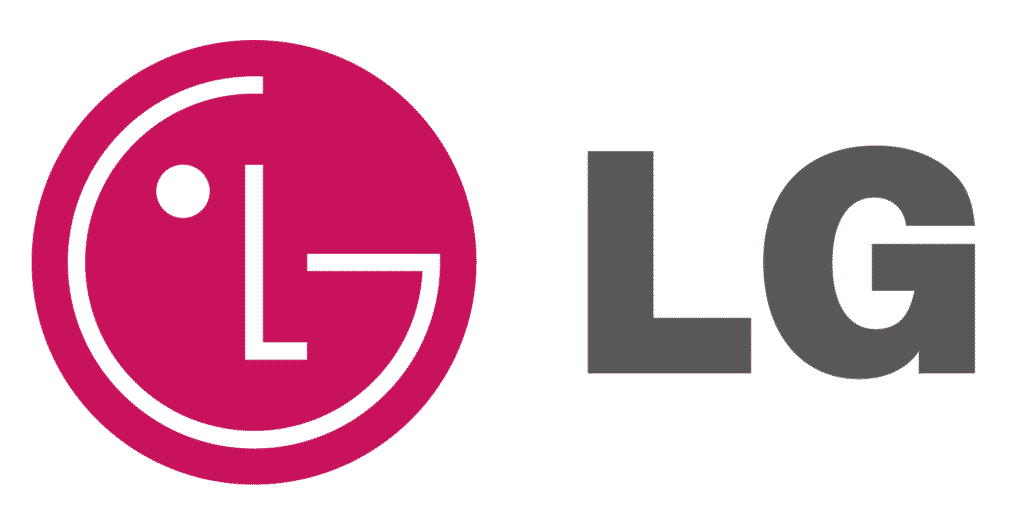 LG is one of our favorite brands when it comes to IPS monitors, but the company has a few tricks up its sleeve this year to enforce that partiality further. Like Samsung, it’s biggest rival, the Korean giant who specializes in IPS panels is making a few upgrades and moves for one of its most significant OEM products. One of the critical advancements they are making is in gaming monitors, where the competition is harsh, but lucrative for the top players. 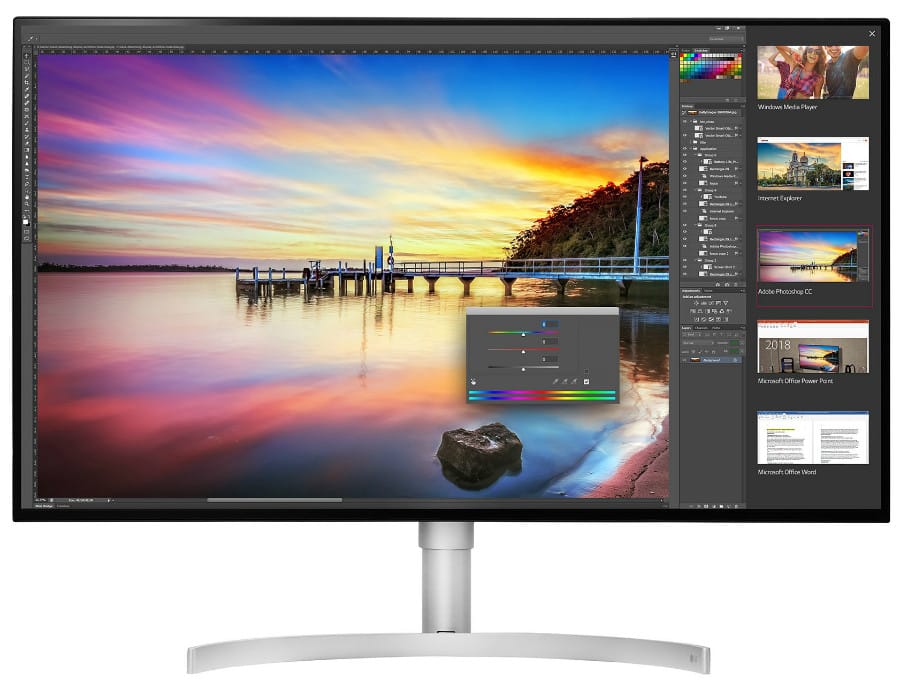 LG has been very active in the HDR niche in recent times, releasing products with excellent reception such as the LG 27UK650 and the LG 32UD99. However, we have yet to see FALD-equipped models like the Dell UP2718Q which provides higher performance and accuracy than emulated or edge-lit variants.

LG plans to release multiple IPS panels that support the VESA HDR standards to cover a broader range of consumers. The LG 32UD99 already has a 31.5-inch panel that comes with a standard 350cd/m2, and a peak 55cd/m2 brightness, 95% DCI-P3 coverage, and an edge-lit LED array.

The firm is already planning to update this variant with a new module that complies with VESA HDR 400 and HDR600, with improved average brightness and a higher limit. The latter, which is more interesting, will be able to pulse its backlight all the way up to 750cd/m2 for deeper colors and contrast. Gamut volume will also get an upgrade, raising the total DCI-P3 target to 98% instead of 95%.

Sources say that there is also a smaller, 27-inch variant coming Q1 next year and an ultrawide screen that focuses on gaming that goes into production this season. The former will sport a 4K resolution that is complemented with VESA HDR 600 compliance that equates to a 450cd/m2 to 750cd/m2 backlight, a 1300:1 contrast ratio, and 98% DCI-P3 gamut volume. On the other hand, the 34-inch space will also get an update, raising its specs to VESA HDR 600, and a higher 5120 x 2160 resolution.

So far, none of these developments aim to solve the pending issues that have multiple root causes in HDR monitors. VESA’s list of specs are somewhat softer than those imposed on UHD TVs, but the unification of implementations and technologies could be beneficial in the long run. Manufacturers will have to come up with their own aces like LG’s Nano IPS to gain ground in this new venture. 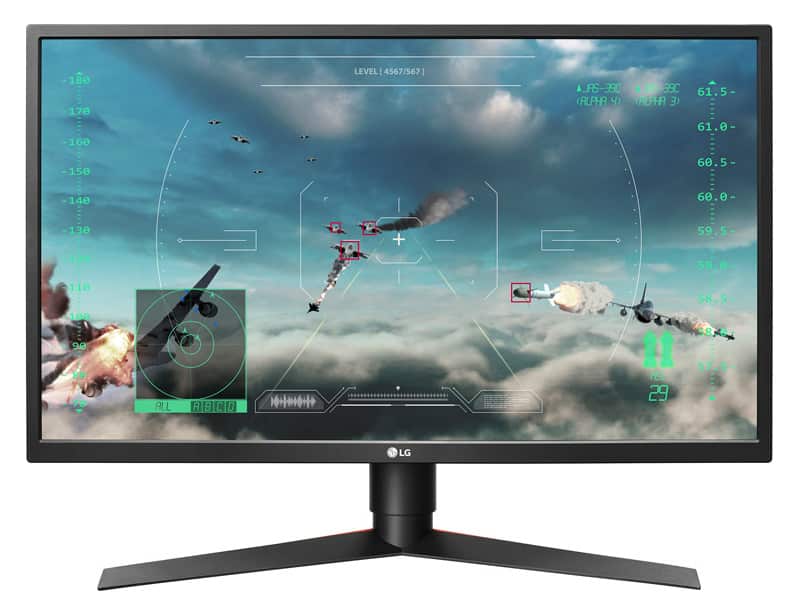 LG so far has been superb when it comes to monitors for gaming, so it isn’t a surprise that they are also making a push in this category. The first salvo will happen in the form of a 32-inch IPS panel that offers a 2560 x 1440 resolution, 165Hz refresh rate, and 98% DCI-P3 gamut coverage. There is also a 27-inch variant in the works, but production will only begin in December of this year.

LG has already produced gaming ultrawides, but they are planning on newer modules that still offer 3440 x 1440 resolution, but with an upgraded 144Hz refresh rate. This new batch will combine with G-Sync while supporting VESA HDR 400 standards, plus comprehensive DCI-P3 coverage thanks to the brand’s Nano IPS technology.

The updates to color richness and fidelity, HDR compatibility, and refresh rates are impressive and all, but what makes us excited is the news of reduced response times. Most of LG’S gaming variants still have 5ms plastered on their boxes, much to the dismay of the picky gamers. The brand is now reportedly pushing for 1ms response times with the help of more powerful overdrive implementations that also come with minimized advanced ghosting or overshoot. 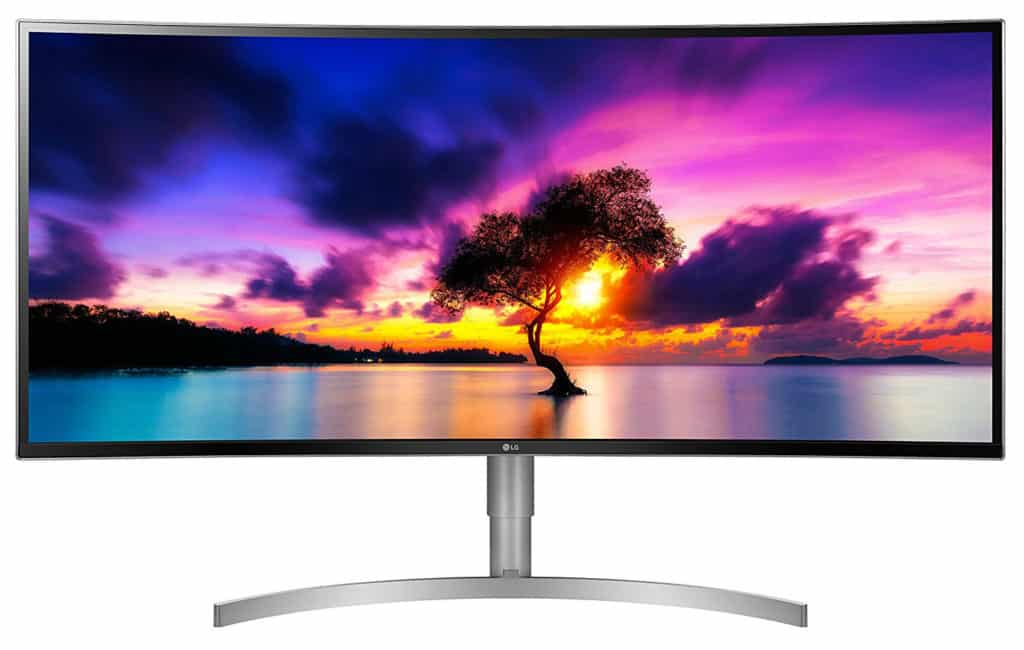 Just like Samsung, LG is also pushing for newer ultrawide variants with sizes from 34 inches to 49 inches. One example is a 49-inch sample that has a whopping 5120 x 1440 (DQHD) resolution, a 32:9 aspect ratio, and a 3800r curvature. We’ve seen this form factor in the Samsung C49HG90 that’s more than three feet in width!

The 34-inch space isn’t forgotten since LG will also add an updated module into the mix. This new model will offer VESA HDR 400 compliance and a 144Hz refresh rate to complement the already sharp and crisp 3440 x 1440 screen. We might see a new device soon since manufacturing is already ongoing this month.

However, imaging specs aren’t as impressive as the Nano IPS variants mentioned above, since this model will only have sRGB coverage, a 350cd/m2 backlight, and 1000:1 contrast ratio. Don’t worry though, because somewhere along the line we will see HDR-compatible variants if LG succeeds in this development.

Another variant detailed in the report is a 38-inch version that comes with flagship-level specs and a 3840 x 1600 resolution. We’ve tested models sporting this form factor that offers an overclockable 75Hz refresh rate or factory-calibrated accuracy. LG will surpass all of these features since their new baby will have a 144Hz refresh rate, VESA HDR 1000 compliance, and 98% DCI-P3 coverage.

It’s unspecified at this time how LG will achieve these monstrous specifications, but we are dying to get our hands on a sample to test and review.

The final piece of LG’s attempt at monitor domination is a 34-inch ultrawide gaming panel that offers a 3440 x 1440 borderless IPS screen and cutting-edge audio tech. What sets this apart from those listed above is it will provide the firm’s Crystal Sound Display technology. This implementation is meant to replace clunky built-ins with front-firing audio that emanates from through the screen, making it seem the sound is coming from behind the action.

The audio source is rated with a 200-20000Hz frequency and 75db of loudness, which feels just about right for near-field listening. LG first advertised CSD in their OLED TVs at CES 2018 and is still in the prototypical stages.