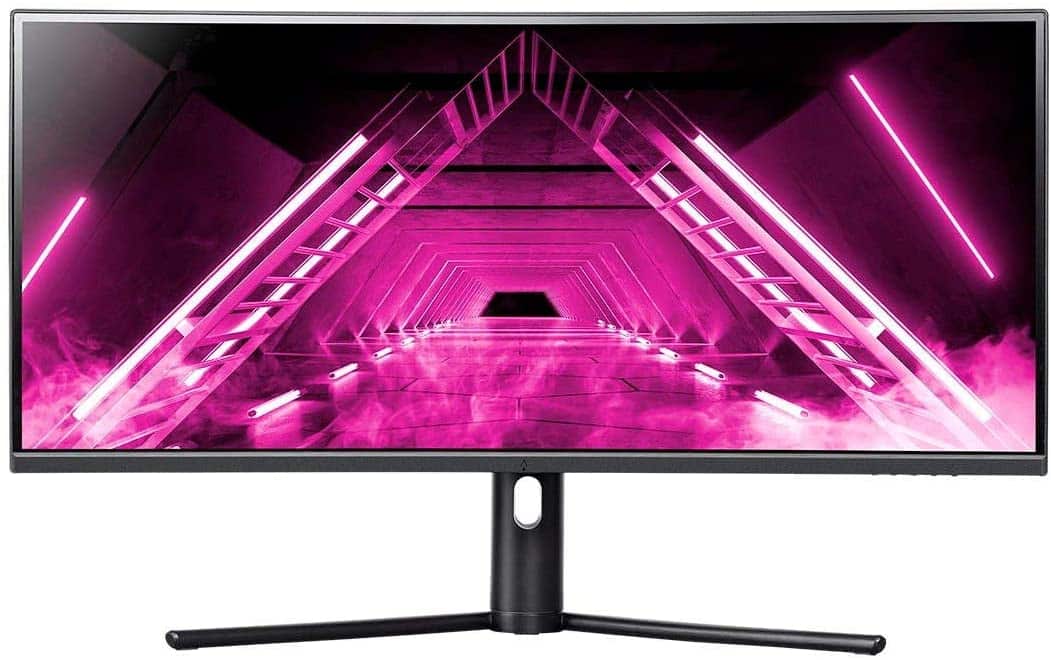 The Monoprice Dark Matter 34 offers a compelling and very competitive package for immersive and fast-paced gaming. 144Hz ultrawides have recently become quite affordable, but this model takes on that challenge by becoming even more affordable and offering Quantum Dot. The Monoprice Dark Matter 34 is a promising pick for engrossing games and productivity, but let’s see first what kind of performance you can expect from it. 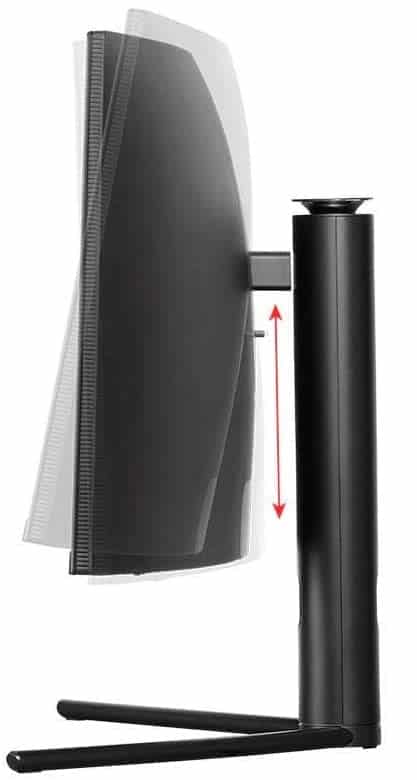 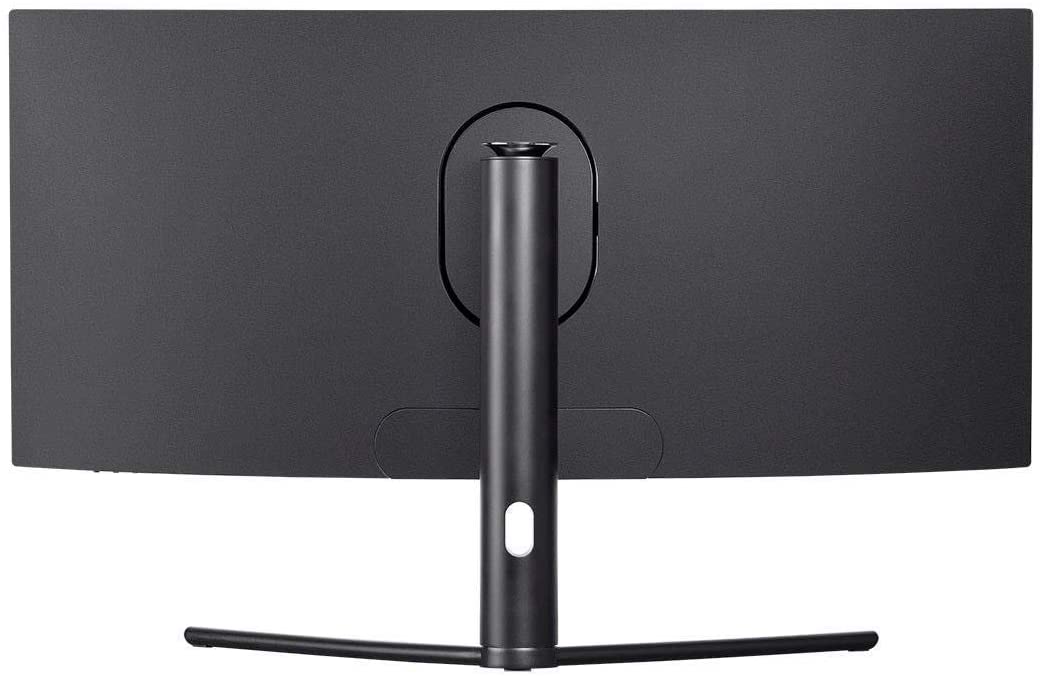 The Monoprice Dark Matter 34 doesn’t go with flashy aesthetics even if it’s named like it came out of a futuristic fantasy game. The monitor has a matte black finish so it will not clash with color or lighting-themed setups, including those in business environments. The display is bezel-free on three sides, but you will still see inner borders which are difficult to notice while gaming.

The Monoprice Dark Matter 34 is a massive monitor, but we’re surprised that it only needs 8.9 inches of depth on your desk. Its wire-frame base does have a wide reach, so some rearranging might be in order once you are ready to set it up. It’s also notable that the monitor only weighs in at 15 pounds compared to other models that weigh at least 20.

Build quality for the Monoprice Dark Matter 34 is decent since there are no critical signs of weakness or defects on the monitor. the plastics feel slightly thinner than comparable models, but they won’t flex or break that easily. The stand does have a slight wobble, but it only becomes annoying if you are touching the cabinet or accessing the OSD.

The Monoprice Dark Matter 34 even includes lighting features such as the red LED ring at the back and a small accessory that projects the Monoprice logo. These add-ons are nice to have, but they serve no practical purpose other than decorations. It’s always nice to have features, but maybe this is an aspect where Monoprice can improve in their future products.

The Monoprice Dark Matter 34 only has buttons for the OSD instead of a preferred and easy-to-use joystick. The buttons are just under the bottom bezel, but it isn’t clear what their functions are. Many dislike this design since it’s cumbersome and often confusing to use, especially when trying to quickly adjust a setting while gaming at night.

The stand included with the Monoprice Dark Matter 34 offers tilt, swivel, and height adjustments to make it easy for you to get a comfortable view. You can’t rotate or pivot the screen, but that’s reasonable since ultrawides were not meant to be used for portrait mode. You can swap this part out with a VESA stand, but it’s unnecessary unless you need the space on your desktop. 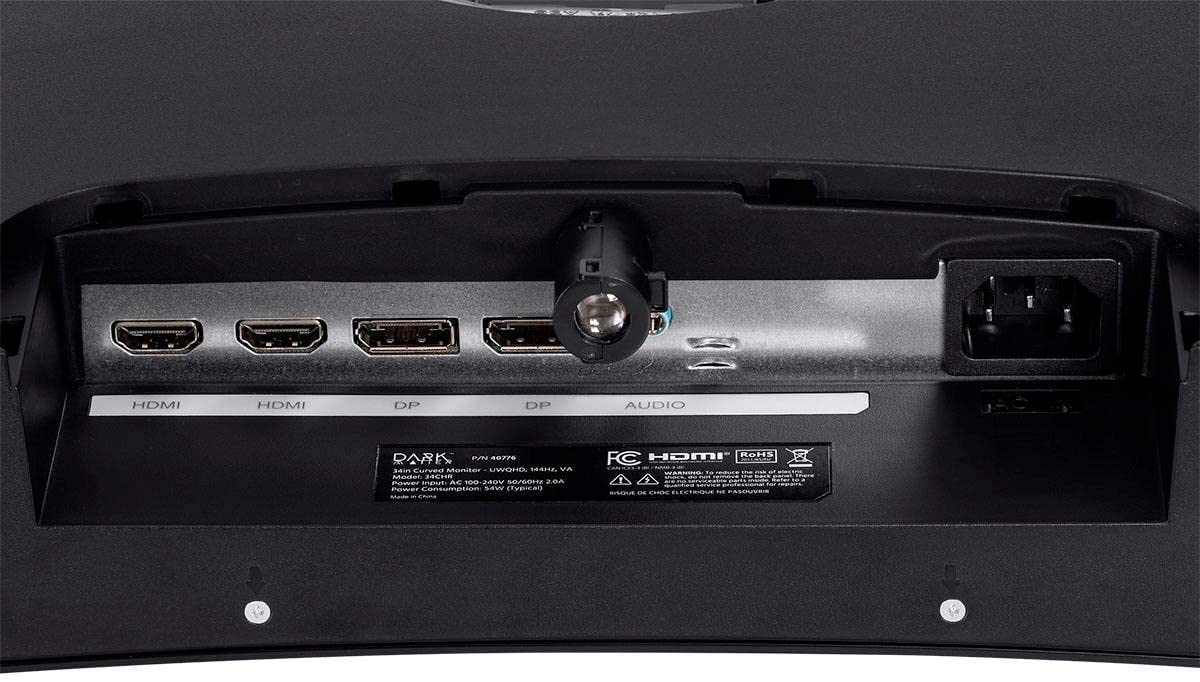 The Monoprice Dark Matter 34 doesn’t have extra connectors, but it holds two slots each for DisplayPort 1.4 and HDMI 2.0. You can use it as a central display for various devices included consoles like the PS5 to increase its already tremendous value. It’s lacking a few USB ports and USB-C would be excellent here as well, but we can’t complain due to the low price.

The Monoprice Dark Matter 34 doesn’t have speakers built into its thin chassis, but again that’s acceptable since it’s affordable. Immersive screens like this demand a more powerful solution like a surround speaker system or a tuned gaming headset. Built-ins could come in handy, but they rarely see significant use in most cases.

The Monoprice Dark Matter 34 boasts a 34-inch 1500r VA panel with a 3440 x 1440 resolution, a 144Hz refresh rate, and a 1ms boosted response time. The backlight is rated to go up to 400 cd/m2 while the contrast ratio is listed at 3000:1 like most VA panels. This model is certified for HDR 400, but that can only produce modest improvements unlike models with better backlight solutions.

Ultrawide QHD screens like the Monoprice Dark Matter 34 offer the best of both worlds for productivity and gaming. You get a big screen with excellent pixel density, so working on various documents and apps won’t be a pain. Games will also look crisper, plus you get an extended peripheral view of the battlespace for added immersion.

The Monoprice Dark Matter 34 covers 100% of the sRGB gamut and around 90% of DCI-P3 so looks rich and well-saturated. Color accuracy out of the box could use some improvements since the deltaE average reached 3.21. It’s not great for editing, but gamers will appreciate the extra punch in colors while gaming.

Calibrating the Monoprice Dark Matter 34 improved its dE average to 1.14 which is considerably better and more balanced. Some may be able to get away with manual calibration, but you will need a colorimeter if you want to get a lower dE score. However, for most use-cases, it’s not practical to get a colorimeter since it’s quite expensive.

The Monoprice Dark Matter 34’s backlight peaked at 412 cd/m2 in SDR and around 445 cd/m2 when HDR is active. The contrast ratio peaked at 2540:1 and around 3143:1 in SDR and HDR so blacks are deep and inky while colors are excellently saturated. However, these are not enough to produce a pleasing HDR output, so most users will probably deactivate the feature while gaming.

The Monoprice Dark Matter 34’s panel uniformity isn’t perfect since there are some light leaks at the top edge of the screen. This resulted in minute clouding when an all-black image is displayed, but full-colored ones aren’t as affected. Take note that this aspect varies between all units made, so there are better specimens out there.

The Monoprice Dark Matter 34 has a great pixel response time at 144Hz so blurring won’t be noticeable in fast-paced games. There are times where some smudges can happen, but it’s quite rare unless your FPS drops to around half of the refresh rate. The monitor’s overdrive feature isn’t entirely necessary, but be wary of maxing it out since it will induce overshoot.

The Monoprice Dark Matter 34 is a FreeSync monitor, but it also works flawlessly with Nvidia’s G-Sync Compatible Mode. It’s great that you can use any card and get VRR, especially now where GPUs from both brands are scarce. Input lag sits at 6ms at 144Hz, so there are no delays or de-synced instances in games.

Thoughts on the Monoprice Dark Matter 34

The Monoprice Dark Matter 34 is a fine choice if you want immersive gaming with vibrant colors at a wallet-friendly price tag. The affordable ultrawide performs well in responsiveness and gamut coverage, but it needs a bit of fine-tuning to balance out its saturation. Its performance is comparable to identical models like the Gigabyte G34WQC which also allowed the masses to join the “ultrawide master race”.

However, it isn’t perfect as expected since there are some cut corners to help lower the price tag. It lacks a few creature comforts and factory-calibration looks like it’s nonexistent, but that’s usually forgivable for us when it comes to budget displays. This monitor is an excellent buy if you don’t mind these minor issues, although you can get something better for $50 more.