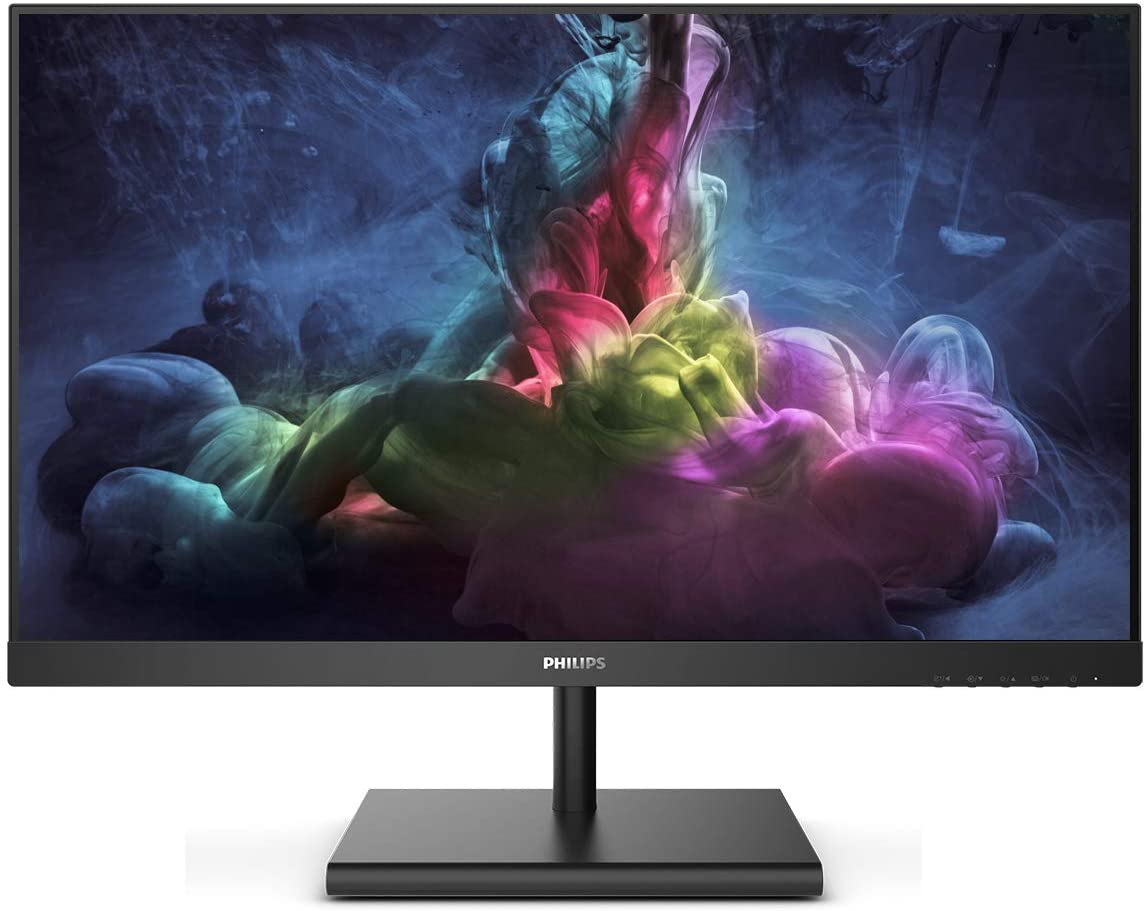 The Philips 272E1GSJ offers the bare essentials for great gaming performance at a very wallet-friendly price point. It comes from the brand’s E-Line of economy monitors that are usually offered for business or home and office use. The Philips 272E1GSJ doesn’t have a lot of quirks or creature comforts like other gaming monitors, so let’s see if it can provide a convincing performance. 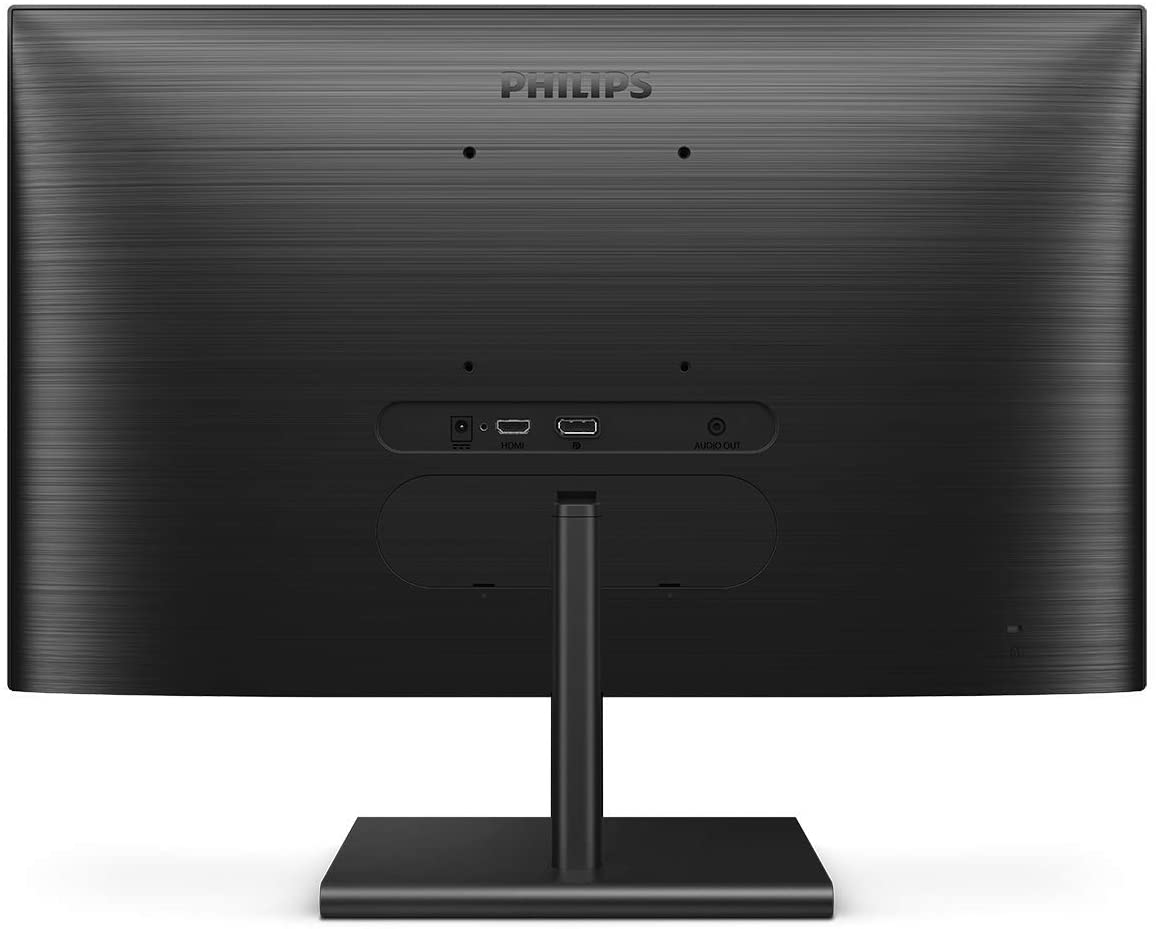 The Philips 272E1GSJ has a very simple aesthetic that makes it look like a regular office monitor that will not clash with your gaming build. The monitor has a matte black aesthetic and a brushed texture at the rear for a clean look. The display is bezel-free on three sides, but you will still see minimal inner borders when it’s in use.

It’s the least-imposing monitor we’ve handled, but you still have to respect that the Philips 272E1GSJ is a 27-inch model. It’s going to be bigger than most typical displays at home or in school so you might have to clear some space for its 24-inch width. The base, however, doesn’t take up a lot of space, and it is flat so you can use it as a pedestal for small peripherals.

Build quality for the Philips 272E1GSJ is decent even if it’s mostly made out of lightweight plastic. We didn’t see any cosmetic defects on the product and all of its panels do not have gaps or uneven seams in between. However, the stand is quite wobbly so even a light touch to the OSD buttons can shake the screen.

The Philips 272E1GSJ is a barebones monitor, so it only includes OSD buttons for controls, unlike other monitors that have joysticks. The layout is clearly labeled and accessible at the bottom bezel, but it is prone to wrong inputs and confusion, especially in the dark. Thankfully, the OSD is well laid out and easy to navigate so users don’t have to spend a lot of time tweaking it.

The stand included with the Philips 272E1GSJ is pretty basic since it can only offer tilt adjustments. It’s fine in most cases, but we’d like to have height adjustments at least for comfortable usage. You can swap it out with a VESA mount but buying one if you don’t have it already will put you in range of a better-equipped monitor.

Its connectivity layout is also quite limited since you only get DisplayPort and HDMI plus a 3.5mm jack for audio inputs. We’d like a bit more for flexibility, but it’s understandable how brands skimp on these things to meet a lower price point. The layout still allows you to connect a PC and a gaming console, so it’s still acceptable in most cases.

The Philips 272E1GSJ also doesn’t have speakers to again, help it meet its low price point. built-in speakers are handy for work from home use or conference calls, but gamers will most likely use headsets for better sound quality and spatial accuracy. Built-in speakers would probably just remain dormant considering this product’s intended audience.

The Philips 272E1GSJ sports a 27-inch VA panel with a 1920 x 1080 resolution, a 144Hz refresh rate, and a 1ms MPRT response time. The backlight is rated at 350 cd/m2, while the contrast ratio is listed at 3000:1 like most VA panels. This model doesn’t have special features like HDR since it focuses on bringing smooth 144Hz gaming to the masses. 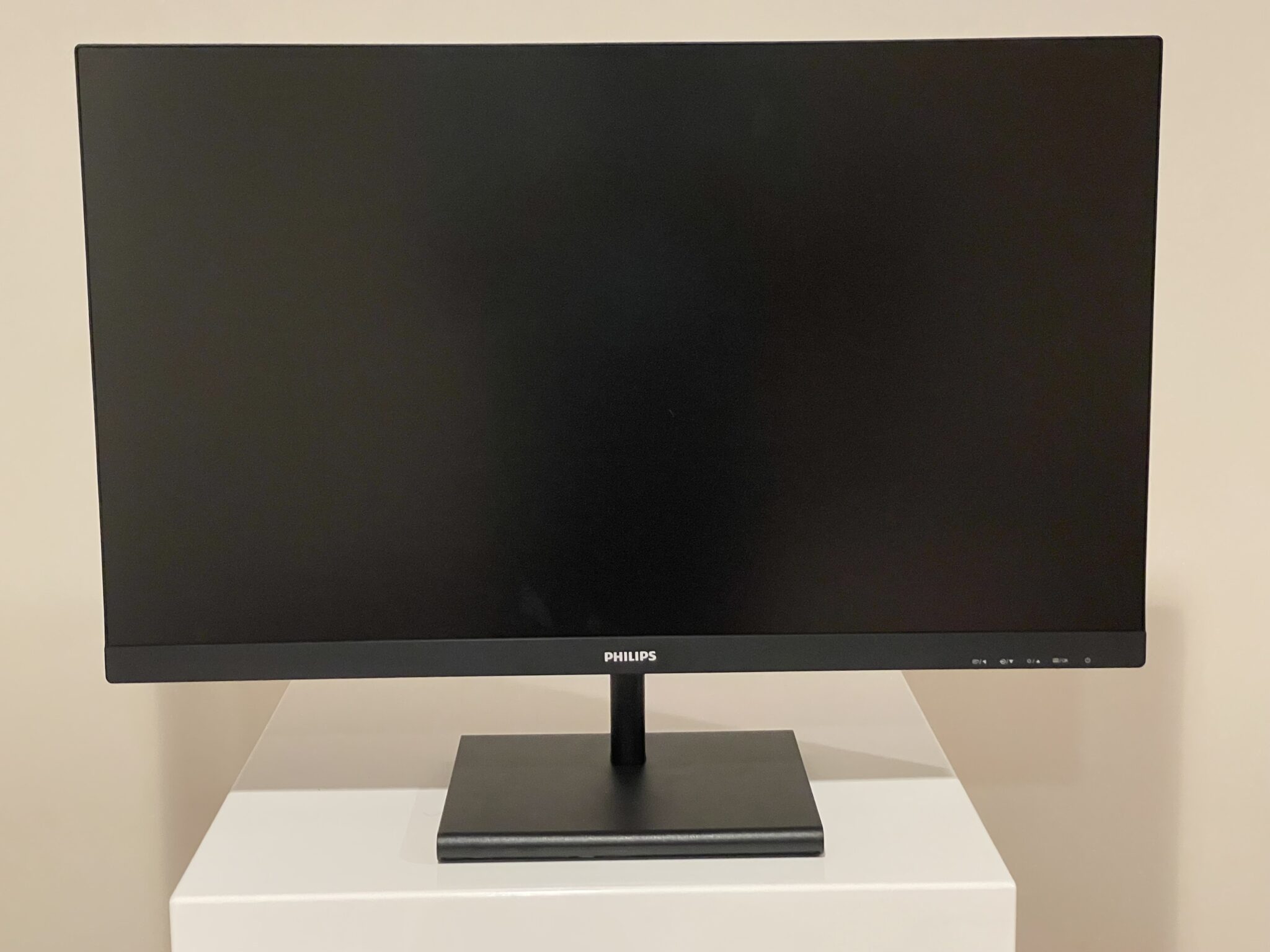 1080p Full HD isn’t as great as 1440p models at the same size since the pixel density is stretched thin. Images don’t appear as sharp, but visibility and legibility are excellent since the image appears bigger. It’s great for games and reading, although you don’t get the extra space that comes with a higher resolution display like the Philips 279P1 which has a 4K panel. 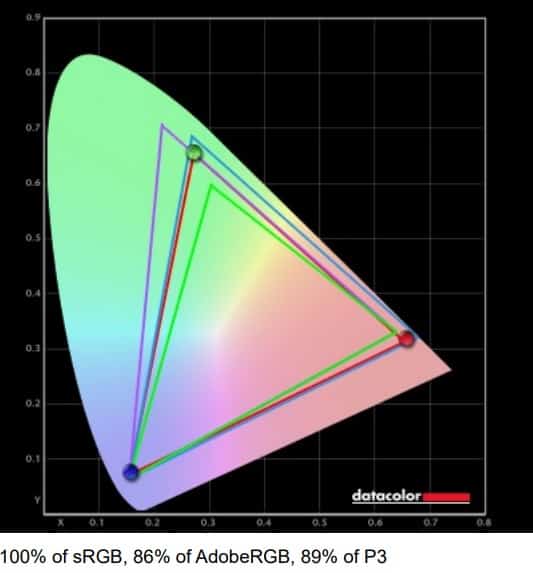 The Philips 272E1GSJ renders 100% sRGB and around 89% DCI-P3 which is excellent for a budget gaming monitor. Its default deltaE average sits at 1.72, which is again, beyond what most would expect from an affordable variant. Most users will be happy with the screen after a few minor adjustments such as leveling the brightness to a comfortable setting.

Calibrating using a colorimeter the Philips 272E1GSJ resulted in a lower 0.75 dE average which is even better and within editing monitor territory. However, colorimeters aren’t worth it this time around since this is a budget gaming monitor. You should be looking at a professional monitor instead if color accuracy is your priority.

The Philips 272E1GSJ failed to reach its brightness specification, maxing out at only 278cd/m2 at 100% brightness. Its contrast, however, reached as much as 2850:1 at 60% backlight, producing deep blacks and rich saturation. This aspect is where VA monitors shine versus TN and IPS which have a fraction of the contrast that results in higher black luminance. 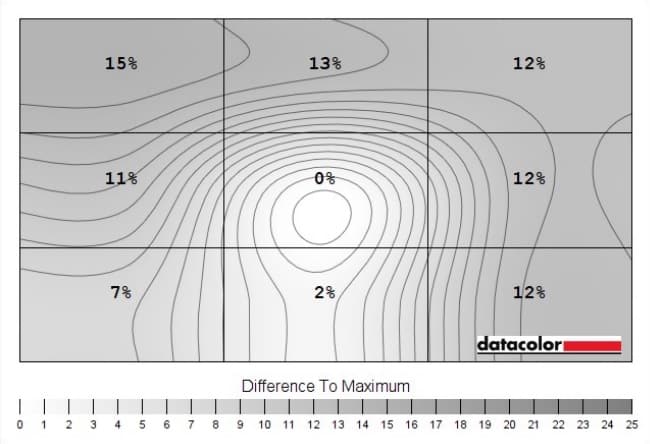 Panel uniformity for the Philips 272E1GSJ could use some improvements since the upper parts of the screen are noticeable dimmer. However, it’s mostly unnoticeable since the variance in luminance doesn’t go over 10 cd/m2. Take note that this aspect varies between every monitor, so there are better units out there.

Responsiveness for the Philips 272E1GSJ is decent since blurring is minimal if you use overdrive and its MPRT mode. You can opt not to use the monitor’s strobing feature if your PC can consistently go above 85 fps, but you need the overdrive in its Fast mode. Going higher isn’t advised since overshoot will start to appear, and it’s worse than the blurring in the first place.

The Philips 272E1GSJ is a FreeSync gaming monitor but it also works with Nvidia’s G-Sync Compatible mode even if it is not certified. Having the option to use either of the two is valuable nowadays since GPUs are scarce so you can use any from the two brands. Input lag sits at a little under 5ms at 144Hz, so there is no need to worry about delays while gaming.

Thoughts on the Philips 272E1GSJ

The Philips 272E1GSJ is a great pick if you want a 144Hz VA for smooth gaming without worrying about contrast and colors. Its panel is surprisingly accurate out of the box, plus you can get more out of it if you calibrate it. It lacks a lot of features, but it can provide the bare essentials for a great gaming experience.

However, the Philips 272E1GSJ’s position in the market is tricky even if it is very affordable for a 27-inch screen. You can get a better-equipped model like the Gigabyte G27FC or the AOC 27G2 for a bit more cash. However, this model is still a great pick if you want to save as much cash without sacrificing gaming performance, although you have to live with its limitations.