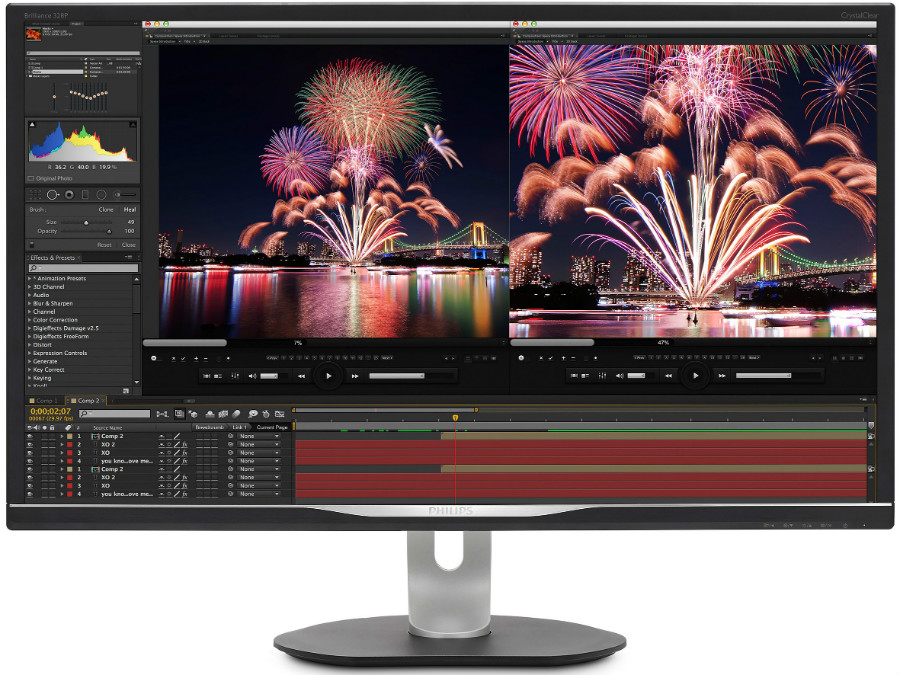 The Philips 328P6AU and 328P6VU are recently announced monitors designed to have pre-calibrated color accuracy and excellent functionality. The products will cover two stages of the designer display market by offering a midrange and high-end option with wide gamuts, and presumed HDR compatibility. We’ve seen excellent performers from the brand like the 5K-equipped 275P4VYKEB, so at this point, we can easily say that the Philips 328P6AU and 328P6VU both have a ton of potential in a competitive segment. 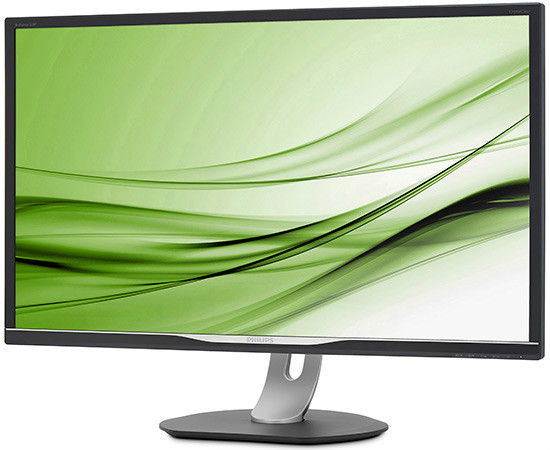 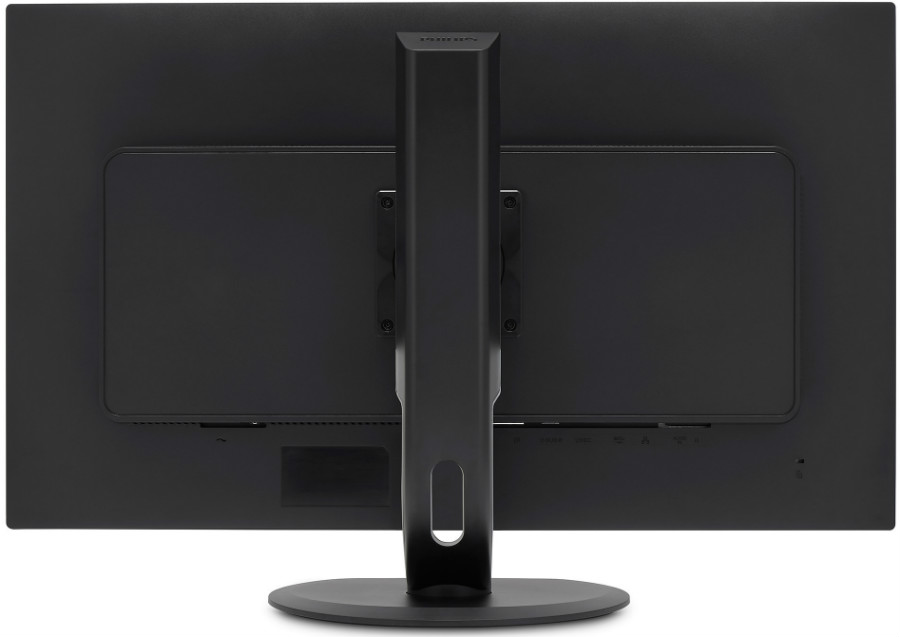 The Philips 328P6AU and 328P6VU will both have minimalist aesthetics which are composed of slim profiles and a mixture of matte and glossy black furniture. The face isn’t entirely bezel-free, so you have to deal with slim panel borders which aren’t that big of a concern in a 32-inch sized screen. These two monitors will adopt the same appearance from the Philips BDM3270 we reviewed earlier, which wasn’t too flashy but did not look too utilitarian.

The rear of the Philips 328P6AU and 328P6VU both have rear cabinets which have a rectangular flat bulge which should add less than two inches of depth to the display. If these two are following the BDM3270’s layout, we will see products with internal power bricks despite the modest dimensions. There should be a convenience hub at the side of the bulge which will contain a USB hub with up to five slots.

Speaking of connectivity, the Philips 328P6AU and 328P6VU are fully-equipped to handle your systems. The brand specified the I/O layouts to have DisplayPort 1.2, HDMI 2.0a, VGA, plus an Ethernet port for networking. But the particular feature for both is the inclusion of a USB-C receptacle which can handle power and signal transmission, although its specs and standards such as wattage delivery are still unknown.

Both products will include a hanger type stand accented with silver and a flat semi-circle base which we’ve also seen on the BDM3270. For a monitor of this size, ergonomics are superb since you will be able to tilt, swivel, pivot or even raise the screen up to 7 Inches. This mechanism is entirely removable to allow VESA mounting, and combined with its flexibility; you can quickly create multiple monitor setups with the Philips 328P6AU and 328P6VU.

The Philips 328P6AU will feature an IPS panel with a 2560 x 1440 resolution and 400cd/m2 of brightness which can put out 98% of the Adobe RGB gamut, and safe to say, over 100% sRGB. No other specifications were announced, but we can expect a native refresh rate of only 60Hz and a response time which is possibly lower than 4ms due to the nature of the monitor. Adobe RGB monitors are considered as the top-end options of the professional segment, but in the case of the Philips 328P6AU and 328P6VU, the former will most likely sit as the midrange option.

On the other hand, the Philips 328P6VU is a more sophisticated model equipped with an advanced IPS panel with a resolution of 3840 x 2160 and a whopping 600cd/m2 of brightness. The firm said that this device would have 95% coverage of NTSC, and nothing more. But the most exciting part about this option is it will come equipped with 16-zone local dimming for enhanced contrast performance and vibrancy, so we can speculate that the 328P6VU might end up offering some levels of HDR compatibility.

The sizes and specs of both the Philips 328P6AU and 328P6VU would make them suitable as fantastic gaming displays, but hopes for this alternate use are somehow shot down as early as now. There is no word of the inclusion of Adaptive-Sync technologies. However, spec lists for both are sufficient for FreeSync 2 according to AMD. Nothing is final, but clearly, the focus for both monitors falls into design and content creation.

The Philips 328P6AU is scheduled to release this month while the Philips 328P6VU is set to follow with a Q1 2018 release date. Prices for both are still unknown, but judging from the brand’s marketing patterns, we might see extremely competitive tags for what the Philips 328P6AU and 328P6VU will offer. Experts suggest a price range of $600 to $700 for the 4K variant, and if that’s the case, these two gadgets might outsell some of today’s best sellers.

We’re happy that Philips is finally bringing out their big guns with the release of the Philips 328P6AU and 328P6VU which is in line with the 2017 market prediction we talked about at the start of the year. If you are interested in these two products, keep tabs on this article as we will update it if these two become available for review and retail.