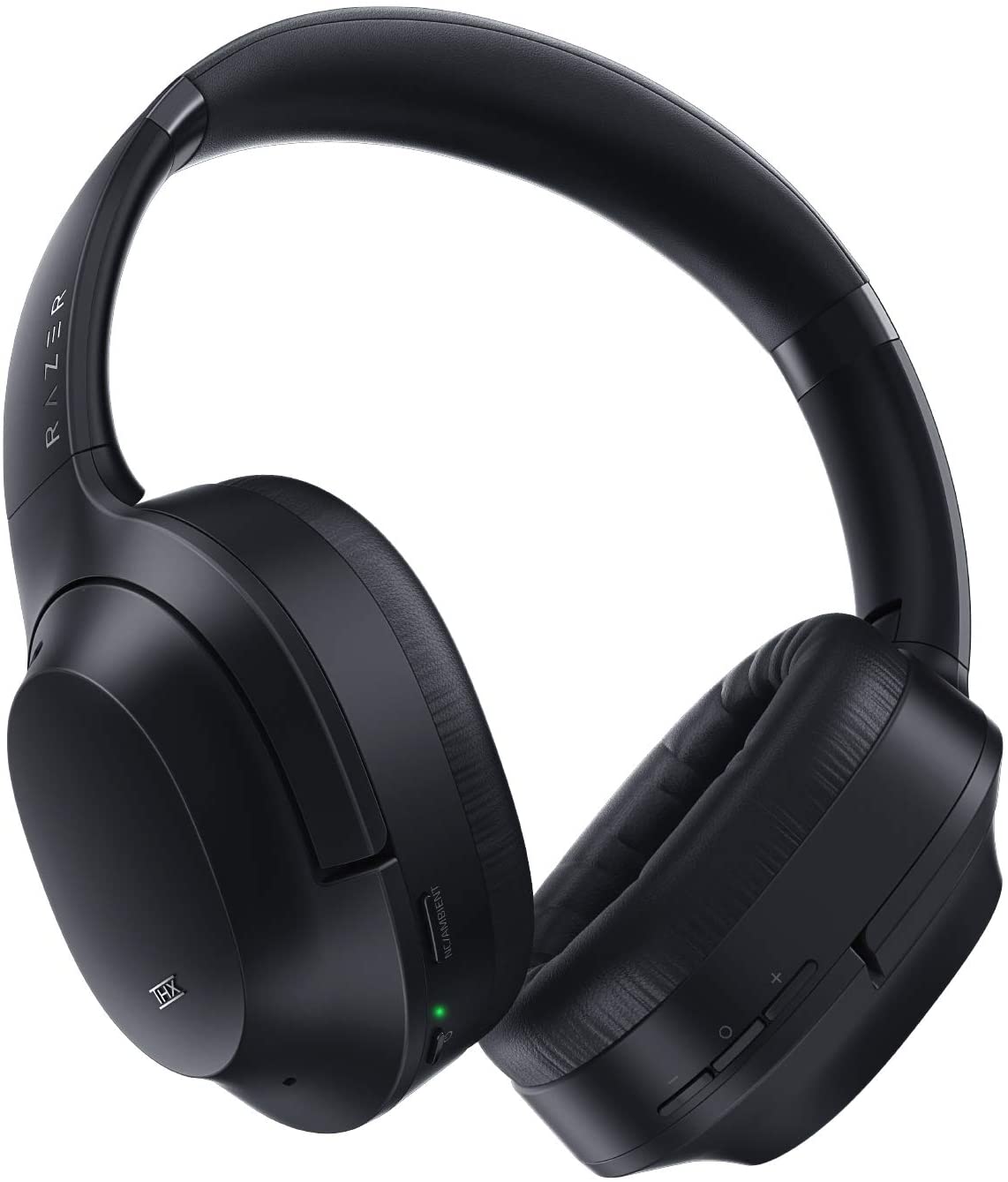 The Razer Opus aims to compete with perennial picks like the Sony WH-1000XM3 in terms of sound quality, comfort, and wireless performance. Razer is known for gaming gear and higher price tags, but it’s surprisingly trying to take a slice of the market by offering this at a lower price. That’s surprising from Razer, so let’s see what the Razer Opus has to offer for both audiophiles and gamers. 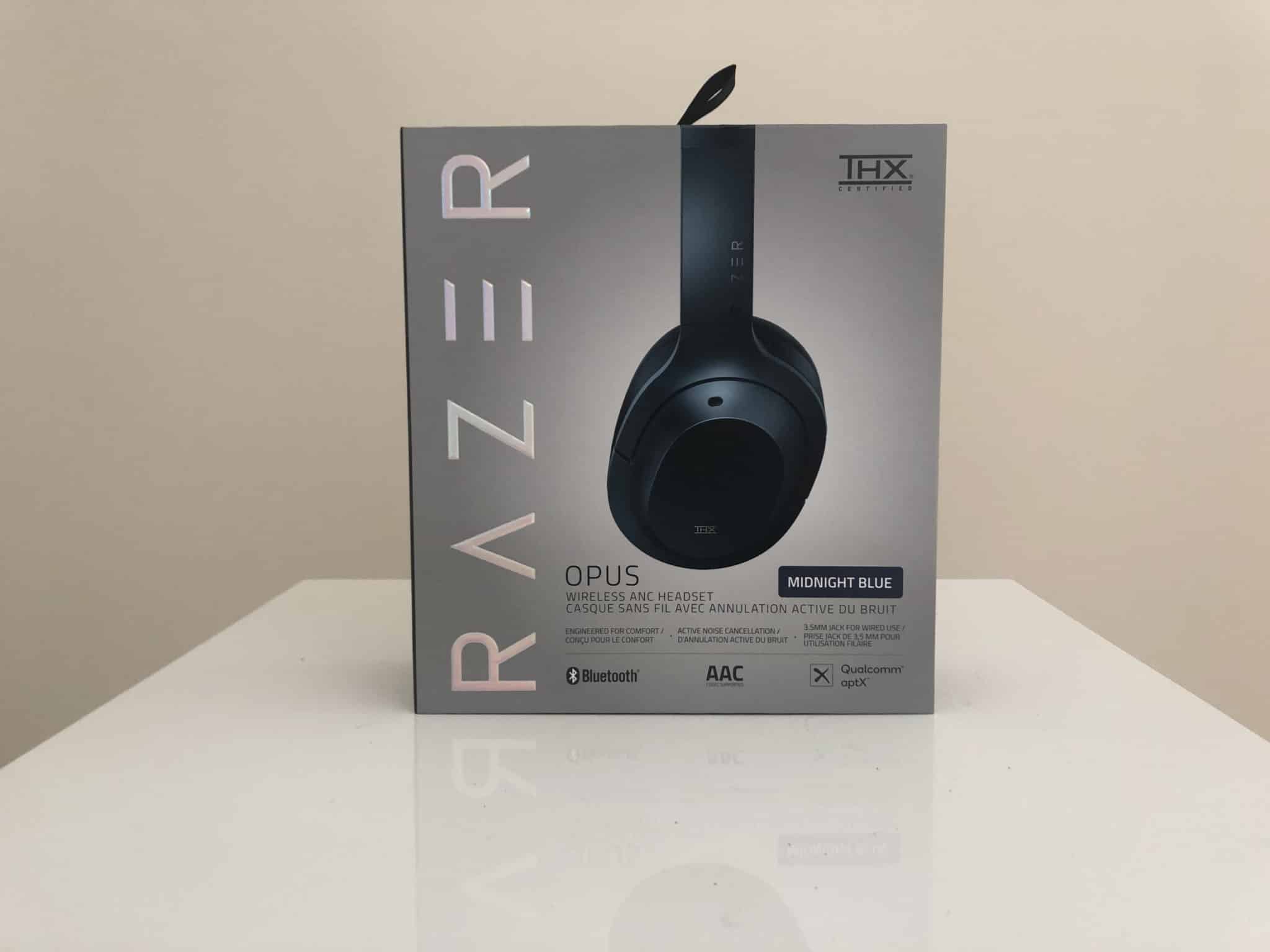 The Razer Opus features a simple, yet sophisticated design that won’t make it stand out and get weird looks during crowded commutes. Its available in black, midnight blue, and A Bathing Ape edition, but we can’t help but feel that there will be a white or silver version soon. There are no usual RGB logos or striking accents, and it looks quite close to the WH-1000XM3 except it has oval earcups. 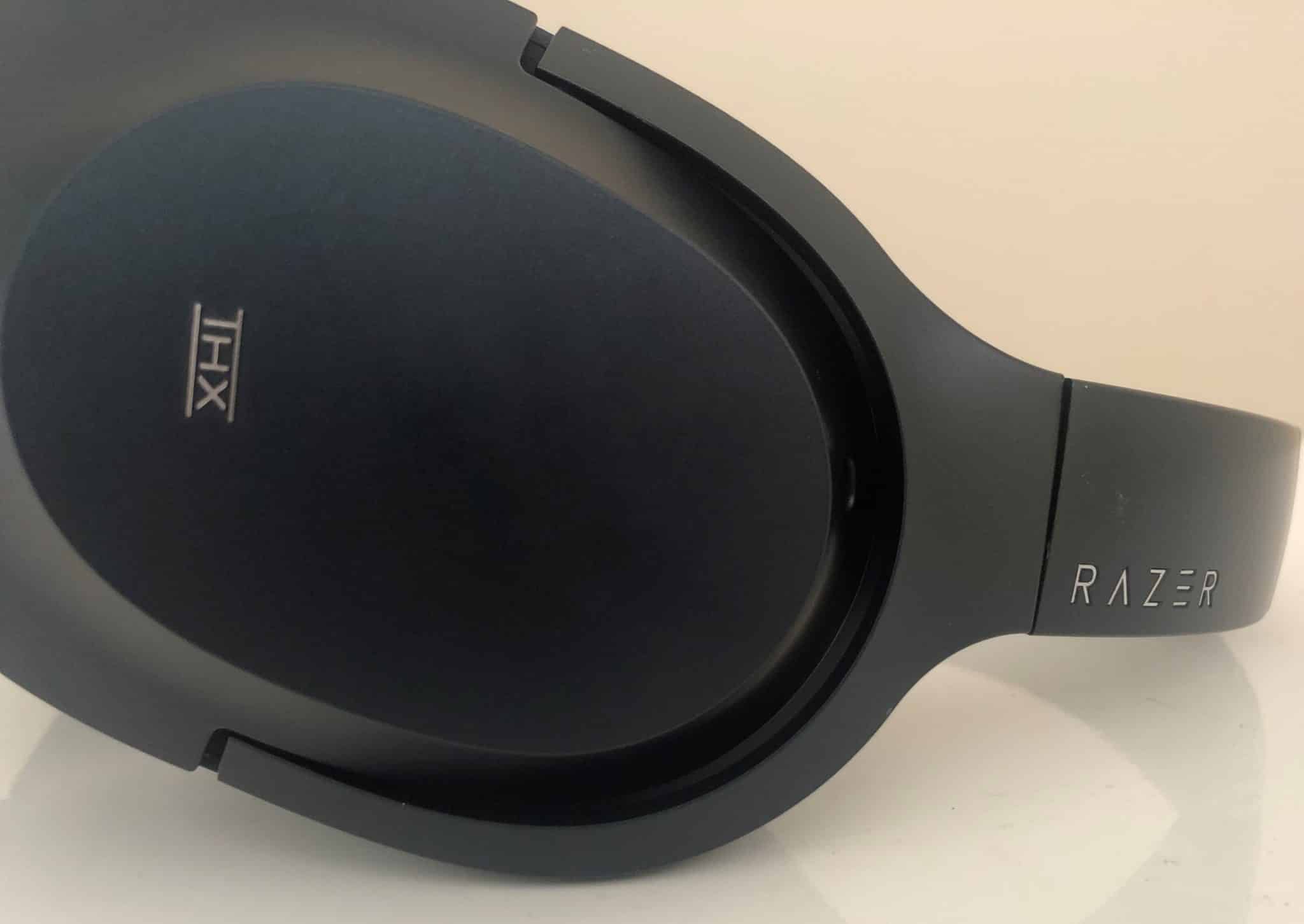 What we immediately liked about the Razer Opus package is it already comes with a zip-up hard case. You have to fold up the headset before it can fit inside, but it’s durable enough to protect the device from breakage, scratches if you accidentally drop it. It’s big and thick compared to pouches, but it should easily fit in your EDC or day pack without issue.

The Razer Opus also offers a feel-good unboxing experience like many Razer products we’ve had over the years. The package includes a standard TRRS cable, a USB-C to USB-C cable, and a USB-C to USB-A adapter. You also get an Airline adapter which is perfect for traveling along with a small soft pouch for all the wires. 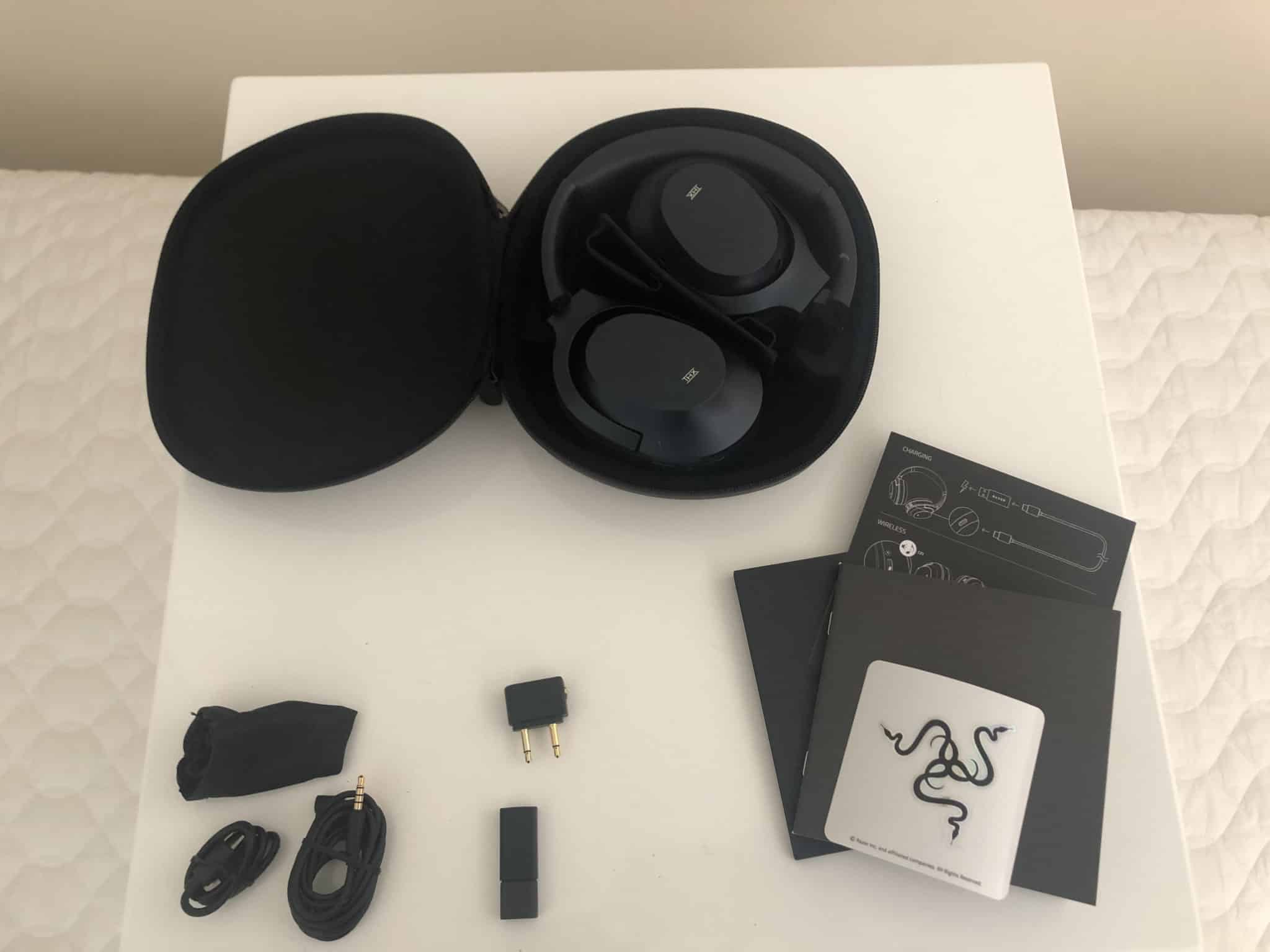 Of course, you don’t need all those cables if you are using the Razer Opus with your mobile phone or even your laptop as long as they have Bluetooth connectivity. This also means that you don’t get inline controls, and you can’t use the USB cable for audio. Most of the headset’s functionalities can be found on the earcups for convenience, but they may take some getting used to.

The layout is quite simple, with the volume and multi-function buttons on the left, while the power button and the noise cancellation switch are on the right. The buttons are responsive, but you do have to familiarize yourself with each one’s location and respective functions. You also get a companion app for Android and iOS phones with presets and a graphic EQ, but it doesn’t offer customization for granular control. 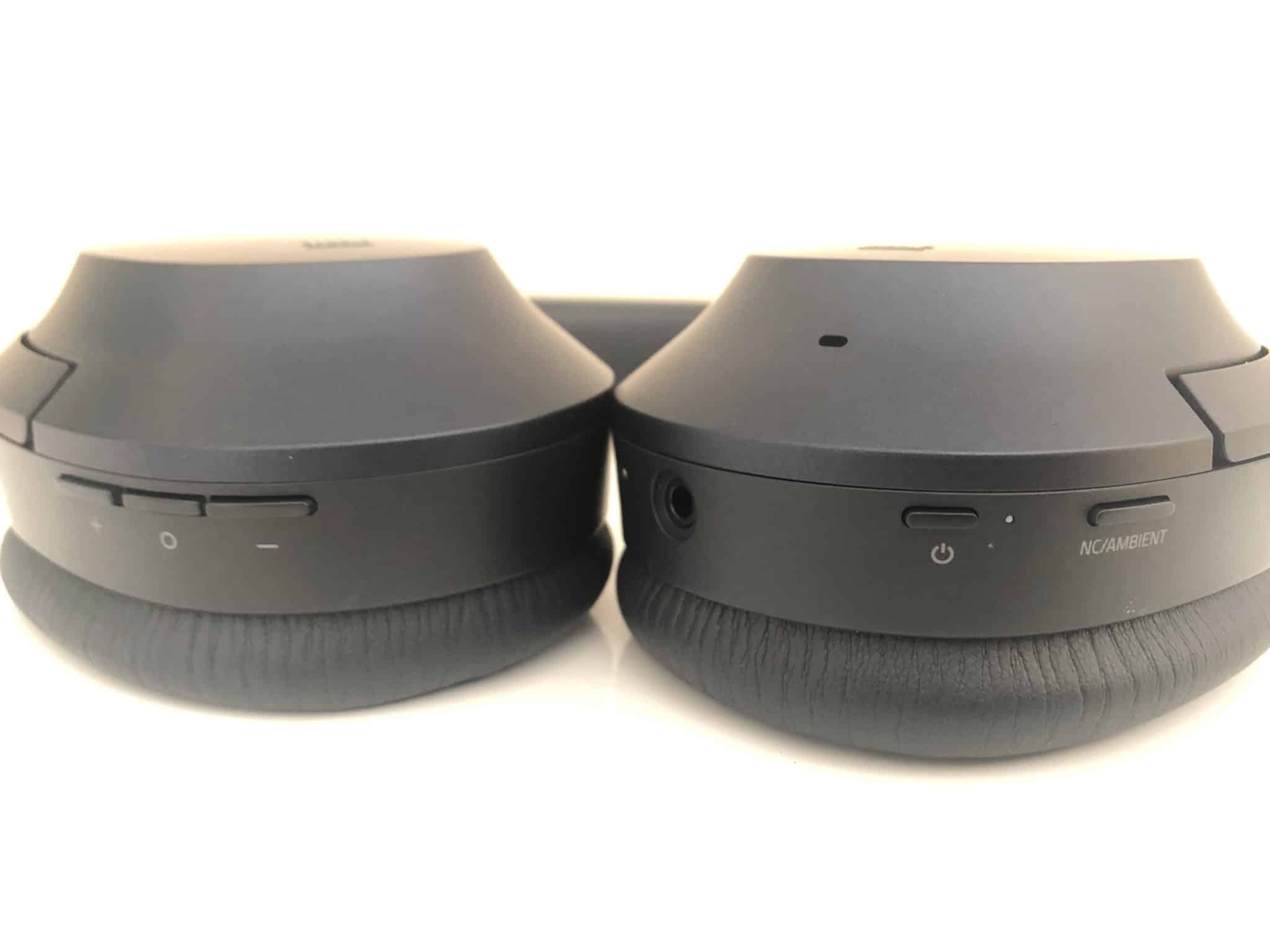 The Razer Opus even has an omnidirectional built-in mic that’s integrated into the earcup allowing them to remain inconspicuous, unlike the boom mics on the gaming variants such as the JBL Quantum 800. It’s capable of decent recording, but noise handling isn’t as good as a dedicated mic. Your voice will be muffled by environmental and background noise, so you have to duck somewhere if you want to take calls using the headset.

The Razer Opus of course has a built-in battery rated with 25 hours of continuous life on a single charge. It takes 3.4 hours to fully charge from zero via USB-C slot which isn’t the fastest, but quite decent considering that it can last around 20 hours or more with some volume. it also has an auto-off timer when it’s not in use and you can’t use the device when it’s charging. 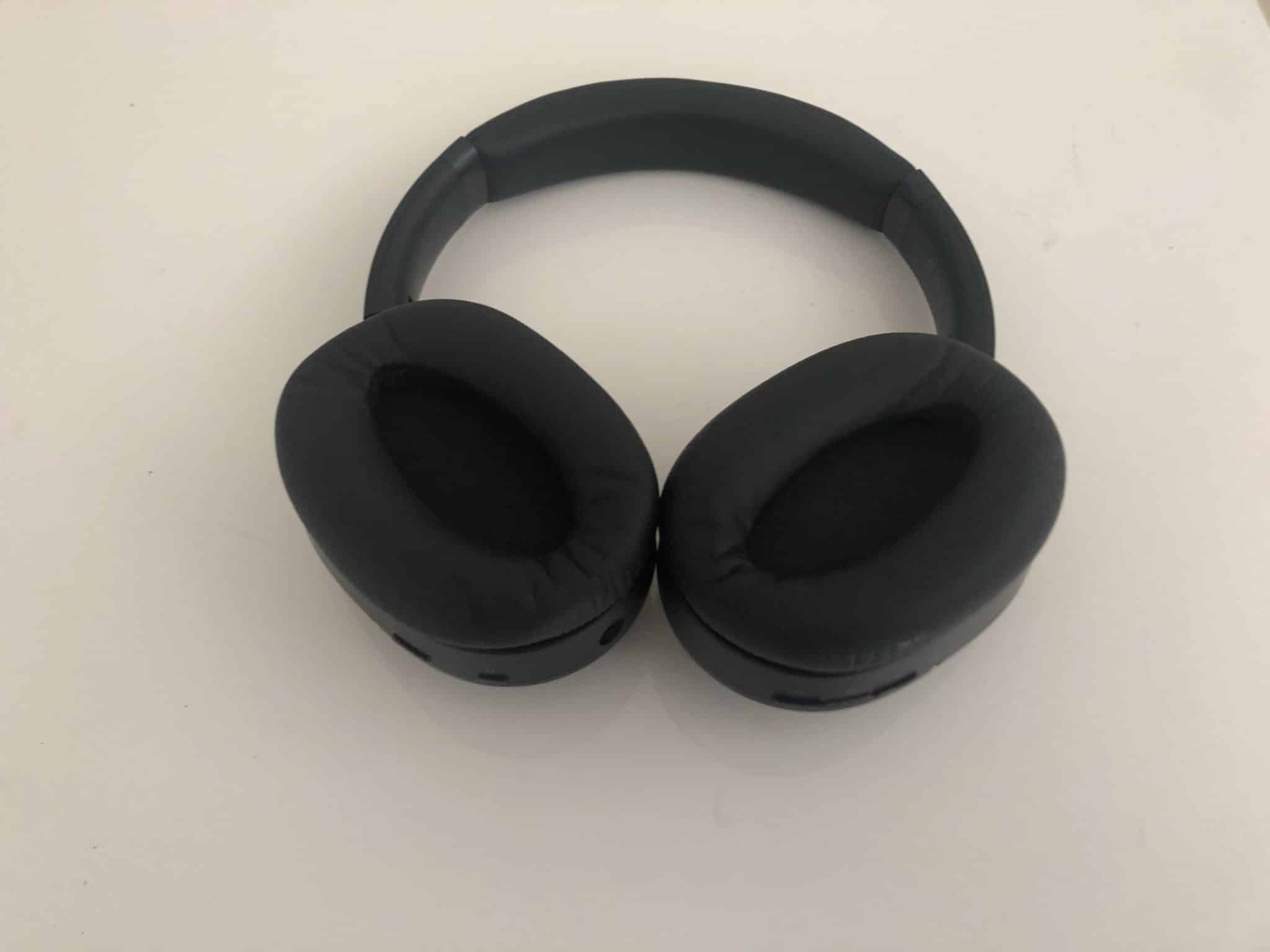 It’s also quite comfortable to use even if it has a slightly higher clamping force of 1.1 lbs versus the Sony WH-1000XM3. the earcups can also pivot, so it can be laid flat on your desk or shoulders when its not in use. However, what’s missing from the Razer Opus is the brand’s cooling gel earcups which are nicer than the leatherette and memory foam combo you get.

Overall, the build quality of the Razer Opus is great since it doesn’t feel like it’s too fragile and stiff. The headband is quite flexible, and the plastics seem like they improved compared to the gaming variants. It’s not as premium as the Sony option, but it would be difficult to discern the difference for most users.

The Razer Opus features 40mm dynamic drivers wrapped in circumaural earcups that sound perfectly matched with excellent tuning. The device primarily uses up to Bluetooth 4.2 connectivity primarily, but you can also use its 3.5mm analog connection to listen to audio. It also supports ANC or active noise cancellation which can help drown out the noise from busy commutes or populated common areas.

The Razer Opus is also a Wireless THX Certified product, so it can play fairly high frequencies for a full sound signature. Its ANC capabilities are also tested and certified, ensuring that you get a positive experience out of the premium products. The Razer Opus even has a THX preset in the app which we highly recommend for most genres, including games and movies.

The Razer Opus’s sound quality is great for casual listening, movies, and games, but it’s not ideal for hardcore audiophiles. The bass is slightly boosted for punchy lows, but it can sometimes cover up some of the mids and the details of the highs. The pair sounds great for modern music, but instrumentals and very vocal tracks will sound better on the Sony WH-1000MX3.

The Razer Opus supports high-quality Bluetooth codecs such as aptX and AAC for Apple products and up to Bluetooth 4.2 connections. This means that it will be great for a multitude of phones and devices, but it doesn’t offer aptX Low Latency or aptX HD. Wireless audio feels full and powerful, but the device is still limited to the qualities we mentioned above.

The Razer Opus doesn’t support Bluetooth multipoint, so you need to manually pair it with individual devices each time you want to use them. You have to press the power button down longer and wait for a flashing indicator light just like other Bluetooth devices. However, it can sometimes be a pain when the pairing gets rejected if you don’t queue in time with the pairing tone while not wearing it.

However, it’s smooth sailing once you’ve connected the Razer Opus to your phone or tablet. It sounds good, but it also lasts quite a while as long as you stay within moderate volume levels. We were able to get around 28 hours worth of listening with ANC activated, and around 33 hours without using it.

Its ANC is decent for daily use, but it’s far from the best, especially when compared to Bose or the Sony alternative mentioned in this review. Traffic noise is reduced by half, but they aren’t completely drowned out. There’s also some white noise in quiet instances, but that’s common with many wireless headsets.

But on the other hand, the Razer Opus’s ANC is sufficient in cleaning out moderate noise from rooms or even the steady hum of commuter buses. That’s sufficient since we don’t completely recommend ANC headphones for outdoor use such as running or walking around town. There have been far too many pedestrian accidents involving ANC headsets, so for safety purposes, don’t use ANC if you are crossing roads or jogging.

Another nice feature of the Razer Opus is its Auto Pause feature which works if you lift the left earcup or if you wear it down on your neck. It’s a handy feature to have since the pause button can be hard to find at times. However, we found that it only activates 3/4 of the time we tried and tested, so its sensitivity needs some tuning.

The Razer Opus’ neutral frequency response and its slightly boosted bass profile make it great for modern music, videos, and even gaming. It’s not very vocal or detailed, but most wireless headsets do not offer deep levels of clarity anyway. It’s great for mixed-use, but gaming isn’t its forte since it uses Bluetooth instead of 2.4GHz wireless.

There is some noticeable delay when using the Razer Opus for gaming audio, so some scenes may seem out of sync. You have to pay attention to perceive the lag, but it’s there and it will be disadvantageous in competitive gaming scenarios. You need to use it wired via 3.5mm analog, but its THX functionality is only available via wireless.

Thoughts on the Razer Opus

The Razer Opus presents tremendous value as a great alternative to more expensive wireless ANC headsets. Its got great build quality and reasonable functionality, so it will be an enjoyable listening experience during commutes or even long-haul flights. It’s suitable for most genres and movies, but gaming suffers due to the latency limitations of its Bluetooth connectivity.

The Razer Opus has an excellent battery life and design, but its limited ANC and Bluetooth codec support might be deal-breakers. However, you will end up spending at least a hundred bucks more if you want better performance in those aspects. Overall, the Razer Opus is a fantastic buy, especially for first-time buyers of wireless ANC headsets for daily use.