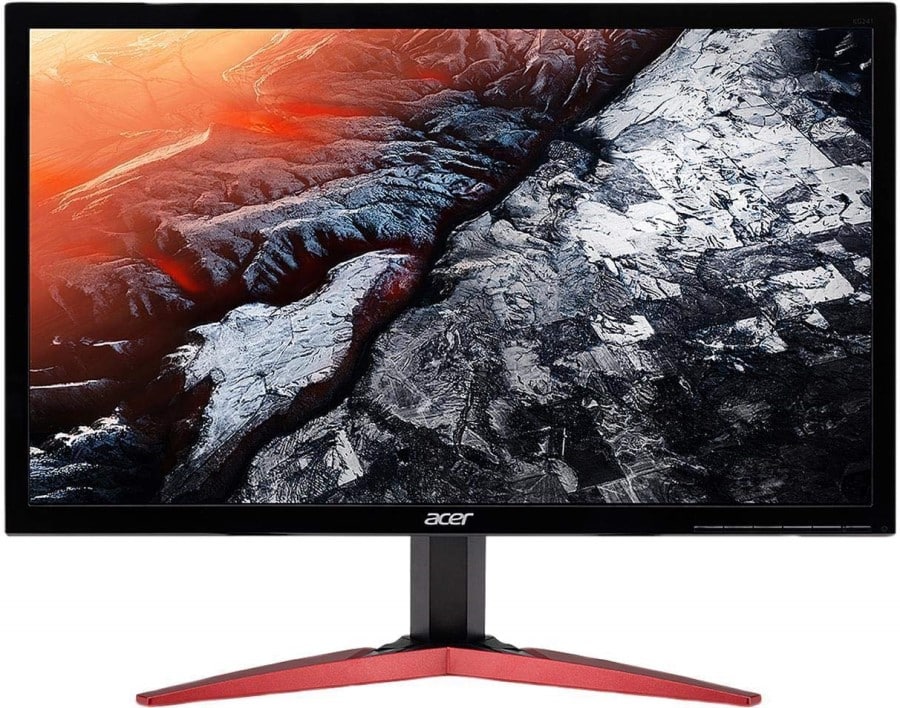 The Acer KG241P offers a revamped budget package that now comes with a 144Hz refresh rate for smooth gaming performance and a competitive edge. This model gets a huge boost over the KG241Q, but its price did not inflate along with the upgrade. For less than $200, you get a competitive standard format display from a top brand, but is it worth it? 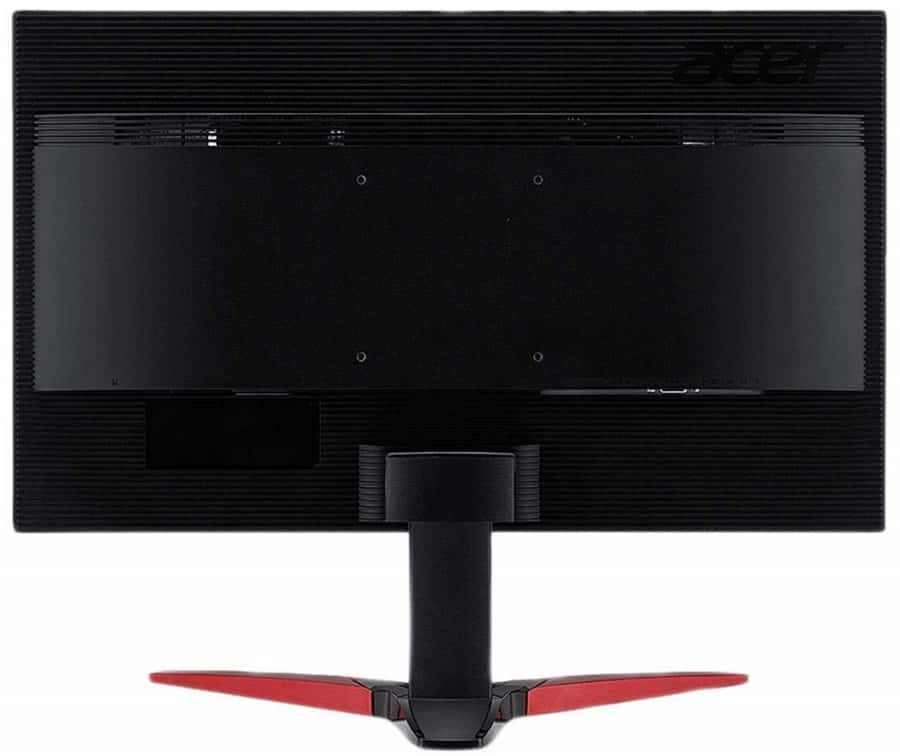 The Acer KG241P uses the same aesthetic formula as the KG241Q, but it adds a dash of red to refresh the looks and separate the two variants. The matte black treatment is always a welcome design consideration, especially since it helps with maintenance in the long run. The monitor isn’t bezel-free, but the plastic bezels are still within reasonable limits even if they look thicker than some on some counterparts.

Acer keeps its quality up even for budget models like the Acer KG241P. The plastics feel thick and reinforced, giving us the impression that the device is sturdy despite having less heft than other 144Hz monitors. The manufacturing process created a product without imperfections, and even if you find a unit with some, that would be a rare case.

One thing we dislike with the Acer KG241P is that you have to deal with OSD buttons if you want to tweak the screen. There are no labels, so you have to fumble around in the dark, which will lead to mispressing the wrong button. However, this limitation is forgivable since the entire package is so cheap.

The stand supporting the Acer KG241P looks well-suited for gaming setups thanks to its sharp, y-shaped base painted in red. However, is limited to tilt, so getting the perfect view angle is a bit more difficult with this model. You can swap it out with a VESA mount, but that defeats the premise of getting a budget gaming monitor.

Another change the company applied to the Acer KG241P compared to its predecessor is its I/O layout. You now get DisplayPort 1.2 and DVI-DL along with HDMI 1.4 slot for this model due to the higher bandwidth requirements of the refresh rate. The 75Hz model only had two HDMI slots and a VGA connector, but it only goes up to 75Hz and that is all you will ever need for that.

Acer is generous enough to add a pair of 2-watt speakers with the Acer KG241P, but it lacks the necessary oomph for games. The speakers sound tinny and they start to distort at higher volume levels, plus, there is practically no bass response. You are better off with a separate set or a headset, but the built-ins are a nice to have feature if you just want to listen to background music.

The Acer KG241P sports a 24-inch TN panel with a 1920 x 1080 resolution, 144 Hz refresh rate, and 1ms response time. The backlight has been bumped to 350 cd/m2 for this variant, while specified static contrast remains at 1000:1. We now have considerably faster monitors, but this format is still the widely accepted entry point into competitive and E-Sports-level gaming.

Full HD displays are best viewed in the 24-inch format or smaller since the limited pixel count isn’t spread too far apart. The screen looks balance with detail softening kept a minimum, so games will still look crisp and sharp. What’s great about this type of display is it won’t require a ton of GPU horsepower, so midrange cards will almost always get most titles to the full refresh limit.

The Acer KG241P offers good color fidelity results for a TN panel display which is known to have limited vibrancy. The screen offers 99% sRGB coverage with a color accuracy of Delta E 3.0 which is low by today’s standards. However, the output is still within reasonable limits, and gamers who opt for a product like this have little time to look for flaws in color rendering.

You can improve this further via calibration, but we don’t think its worth it especially since the color temperature is well balanced. However, gamma could use a boost since its a bit low at 2.0 which washes out a part of the screen’s vibrancy. You can get by with a few tweaks to the backlight, but a full calibration would still be better.

And we do recommend to turn down the backlight on the Acer KG241P, especially since it can exceed its rating. The monitor reached a peak of 380 cd/m2 in tests, but that is too bright for extended use. Toning it down to around 40% is most beneficial, especially since the contrast will improve to 950:1 as opposed to 850:1 at default.

Panel uniformity for the Acer KG241P is decent, although it could do better since the monitor doesn’t suffer from backlight bleeding. Blacks can go deeper than most TNs we’ve seen, but the bottom right corner can look slightly grayish in black image tests. Don’t worry though since these defects are not immediately noticeable, especially during gaming.

TN panels are preferred when it comes to motion handling, and the Acer KG241P isn’t an exception. There might be some persistence when you pan the screens too fast, but testers did not notice anything disturbing while playing titles like Apex Legends. The monitor still includes an overdrive feature, but we don’t think its necessary since it adds noticeable overshoot.

The Acer KG241P is a FreeSync gaming monitor making it a perfect match for a new AMD midrange build. The device is also G-Sync compatible even if it’s not listed, so Nvidia users won’t get left behind. Input lag sits at 9ms, so there are no delays from your keyboard or mouse to the screen.

Thoughts on the Acer KG241P

The Acer KG241P is an excellent and easy to own 144Hz gaming monitor that currently sells below $200. FOr the price, you get a responsive screen with excellent gaming performance that will boost your experience. The product looks great despite its physical limitations, but to be honest, those cons are expected in this price range.

The Acer KG241P doesn’t offer perfect image quality or full ergonomics, but these qualities become rare the lower you go in the price ranks. But if you want a cheap solution that doesn’t disappoint when it comes to performance, this model is a very practical and wise choice.