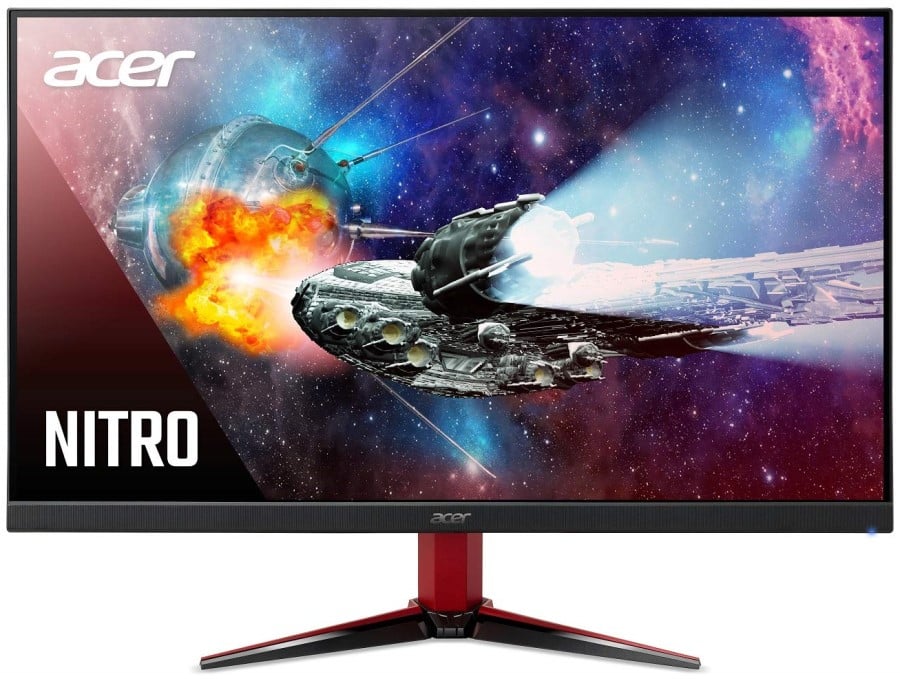 The Acer VG271 addresses the demand for an E-sports format display that utilizes IPS technology for better colors and viewing angles. This model also offers other essential characteristics such as low input lag and great motion handling which makes it a top choice for gamers. Let’s see how the Acer VG271 competes against the Asus VG279Q which is fantastic in its own right. 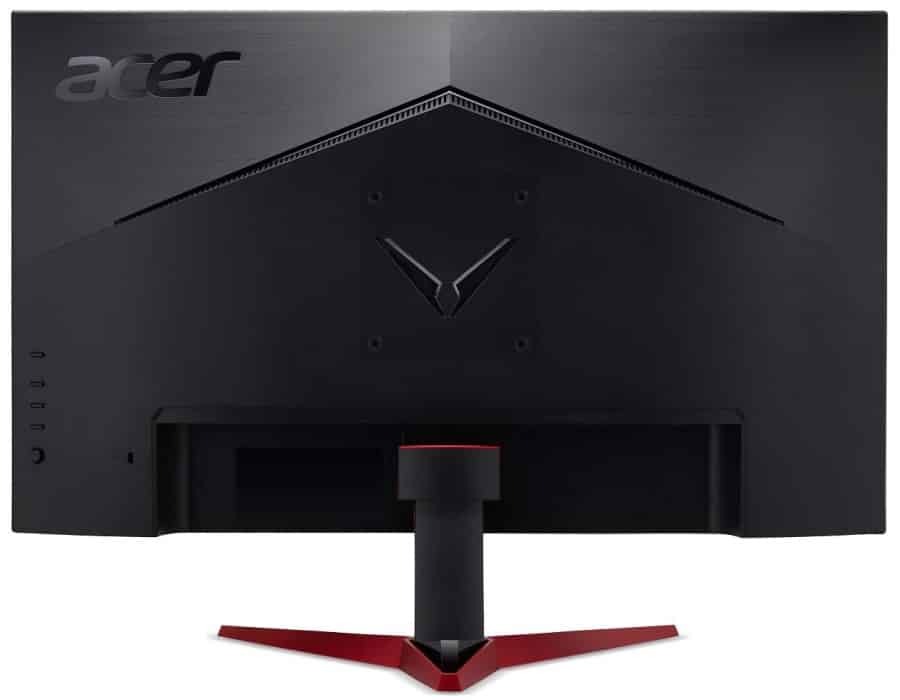 The Acer VG271 looks more appealing to a gamer’s taste than some of its close competitors, but it lacks a few key features. The monitor is finished in matte black with a more subtle dash of red on the stand. The display is bezel-free on three sides, but there still is a thin and almost unnoticeable inner border on the panel.

Build quality is solid despite the monitor’s bias towards the budget range which has always included a few flimsy models. There is a bit of wobble if you accidentally prod the device, but the rest feels well-made and sturdy. There are no gaps in the seams, indicating that proper quality control was applied to this monitor’s manufacturing process.

The Acer VG271 is slightly larger than the typical computer monitor, but it doesn’t take up a lot of space. The Width of the Y-shaped stand is more than sufficient for the display, but it doesn’t require a lot of depth. This characteristic is ideal if you have keyboards with wrist rests or large mouse mats.

It’s also fantastic that the Acer VG271 doesn’t totally rely on OSD buttons for navigating its various menus. This model includes a joystick, while three of the four pressable buttons can be assigned as shortcuts for convenience.

The black and red stand of the Acer VG271 makes it very attractive for gaming setups. However, its mechanism is limited to tilt for adjustments which makes it restrictive for many users. You can, however, opt for VESA mounts without the need for separate adapters if ergonomics is required.

The Acer VG271’s I/O layout isn’t generous, but it includes two HDMI 2.0 slots and a DisplayPort 1.2 connector. Both support FreeSync, so Xbox One owners can also enjoy the VRR tech’s benefits. There are no USB slots for accessories even if they are pretty common in monitors in this price range.

The Acer VG271 also includes a pair of built-in speakers in its thin cabinet. However, the meager 2 watts per channel is largely insufficient for the product’s primary purposes. We recommend sticking to headsets or separate speakers if you want some oomph.

The Acer VG271 sports a 27-inch IPS panel with a 1920 x 1080 resolution, 144Hz refresh rate, and 3ms response time. This model includes a 400 cd/m2 backlight and is rated to have a 1000:1 contrast ratio. These specs aren’t new in 2019, but what makes this model special is its IPS screen which was previously reserved for high-resolution variants.

The primary complaint the Acer VG271 will receive is its looser pixel density which will add softening on the edges of in-game objects. The screen will look less sharp and slightly pixelized compared to a 24-inch model, but visibility will improve. Some E-Sports athletes actually prefer this format so distant objects such as peeking heads or limbs are easier to see and hit.

The Acer VG271 hits an sRGB gamut coverage of 98% which more than enough for games and daily use. Color accuracy is decent with a Delta E average of 2.9, leaving some room for improvement. The only limitation here is the screen’s bias towards warmth which will make whites look yellowish.

Adjusting the screen’s RGB temps can give tighten the color representation to Delta E .5 with a much closer temperature to the 6500K standard. It’s great that you don’t need a colorimeter to achieve this since the latter isn’t accessible to everyone. Gamma is sitting pretty at 2.2 by default, giving you the full richness of the screen’s colors.

Another fantastic imaging aspect of the Acer VG271 is its contrast ratio which exceeded our expectations at 1350:1. This characteristic creates deeper blacks which makes the screen look less grayish when viewed in the dark.

However, panel uniformity was not as superb as the rest since the Acer VG271 test unit has backlight bleeding on the screen’s edges. This results in noticeable clouding during black or dark images while some quadrants look dimmer. Color uniformity is also affected, but deviances from each sector are limited to DeltaE 3.0.

The Acer VG271 offers decent motion handling, although it is slightly slower than established IPS gaming monitors such as the Acer XB271HU. Blurs become slightly noticeable at moderate paces, especially in darker scenes. You can set the overdrive feature to its extreme level to cure this issue without inducing too much overshoot.

The Acer VG271 is a FreeSync gaming monitor, making it a perfect choice if you are planning on building with the latest Navi GPUs. This model is also tested to work with G-Sync compatibility mode, but it’s limited to the DisplayPort slot. Input lag is superbly low at 4.3ms, making this model one of the fastest in its category.

Thoughts on the Acer VG271

The Acer VG271 is a fantastic option if you want an E-sports gaming monitor that is based on IPS technology. The screen’s output is more than decent out of the box, but taking the time to adjust it slightly is massively beneficial. The product’s gaming performance is one of the best we have tested despite having a slower pixel response time.

The only aspect of the Acer VG271 where it dropped the ball is its limited physical design. The brand could have included a few more connectors at this price, along with a fully adjustable stand.