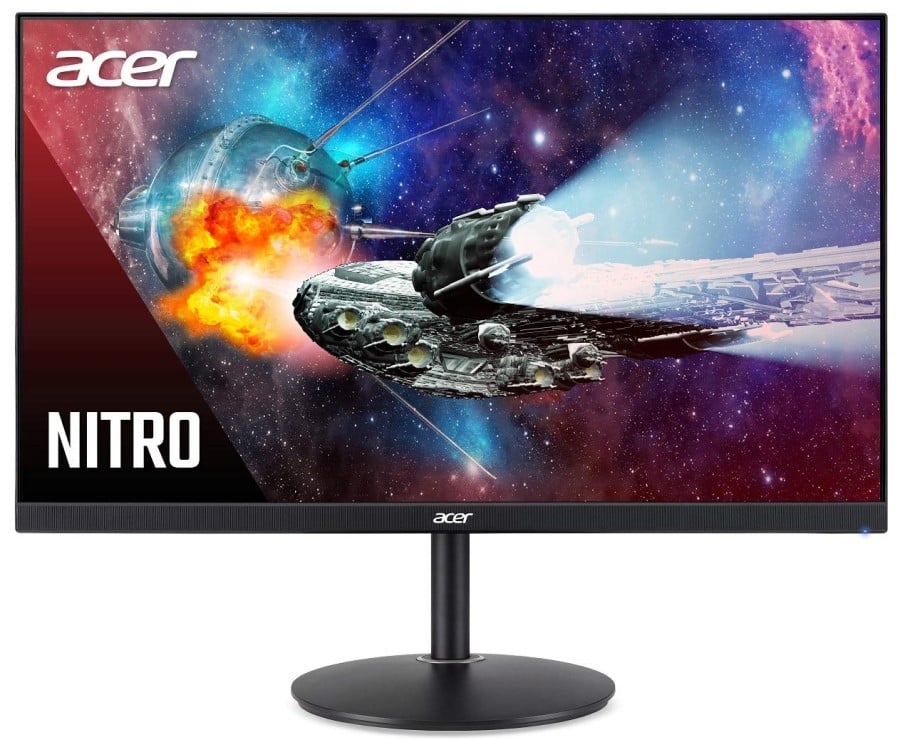 The Acer XF252Q presents the ultimate E-sports monitor format in a sleek and reasonably-priced package that will satisfy your need for speed. The monitor also advertises a 0.3 minimum response time which tells us that it focuses on pixel transition speeds and blur reduction more than eye candy. The Acer XF252Q is great for competitive players who want a substantially faster screen, but how do its other crucial aspects perform in practice? 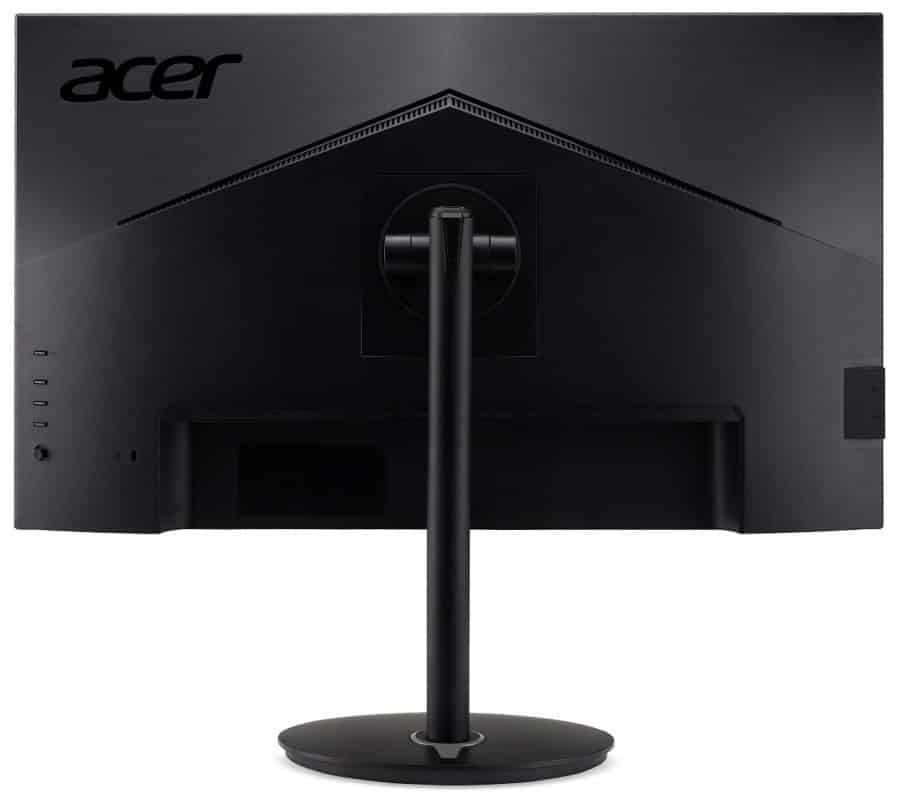 The Acer XF252Q shy away from the aggressive designs of its predecessors, going for a much more streamlined look. The device is finished in matte black combined with modest proportions, so anyone would easily think that its a display meant for the office. The display area is bezel-free on three sides which makes the device look more attractive, but it also helps users focus more on the action.

Even if the Acer XF252Q looks less tanky than the XB252Q, its structural integrity feels intact and rigid enough to withstand everyday use. The monitor’s seams are evenly matched, and there are no cosmetic defects evident on every nook and edge of the device. The product also stands stable once propped up on your desk, plus, there is no squeaking when you try to adjust the view angle.

The Acer XF252Q still includes three pressable buttons for some of its functions, but most of the OSD is controlled with a multi-direction joystick. It’s always convenient to use this gadget if you regularly want to tweak the display in the heat of battle. It’s also less prone to miss-presses in the dark and the gestures are easier to memorize since you do it by feel.

The stand on the Acer XF252Q is a lot thinner-looking than many gaming monitors, but it doesn’t lack the necessary adjustments and durability. The mechanism allows you to tilt, swivel, pivot, and adjust the height so getting a centered view of the TN panel is easily doable. The circular base provides excellent stability, while the attachment of the upright towards its rear part makes it easy to place the monitor closer to a wall, if VESA mounting, which is compatible, is out of the question.

There are no connectivity restrictions on the Acer XF252Q, unlike the XB252Q which has a G-Sync module that limits it to two input options. This model carries a DisplayPort 1.2 slot, dual HDMI 2.0 ports, and a total of five USB 3.0 receptacles. Two of the latter are on the side in a connectivity hub, making them easier to access for thumb drives or Bluetooth dongles.

The Acer XF252Q also manages to squeeze in a pair of 2-watt speakers, but they are not powerful enough for the monitor’s intended purpose. Audio starts to garble and break up at higher volume levels and bass response is next to non-existent. You are better off with a headset for better aural positioning and focus, which are also crucial for competitive play.

The Acer XF252Q sports a TN panel with a 1920 x 1080 resolution, 240Hz refresh rate, and a .3ms response time which is beyond what most specify for their gaming products. The monitor also lists a typical 400 cd/m2 backlight and a 1000:1 contrast ratio. This model puts emphasis on speed more than anything else, making it a compelling and well-priced option for competitive gaming.

Monitors in the 24-inch to 25-inch format with a 1080p resolution are still part of the universal standard for e-sports displays due to their characteristics. The size feels just about right, so your eyes don’t have to shift too far to get a complete view of the display space. The resolution doesn’t demand a lot from your GPU, so attaining very high refresh limits is doable for many graphics cards paired with a powerful processor.

The Acer XF252Q renders 105% of the sRGB gamut with ease, but its warm screen at default produces noticeable discoloration. Delta E average reached 3.8 in tests, but the display is very responsive to calibration, dropping it down to a DE average of 1.0 which is excellent for a TN panel. Doing so will also balance out the color temperature making whites pop out cleaner without the yellowish tinge.

Gamma will follow once you correct the related settings in the OSD, improving from the default 2.4 to a balanced 2.2. Contrast, on the other hand, is excellent for the Acer XF252Q which reached a maximum of 1080:1 to overtake its peers which usually averages around the 900:1 range. The monitor presents reasonably deep blacks and grayscale performance for a TN panel, plus there is no visible color banding between contrasting shades.

Luminance uniformity isn’t as good as we expected from a TN-based model since the corners on the Acer XF252Q look dimmer than the center. However, it’s a good thing that noticing the variances it creates in contrast and colors are difficult to notice without squinting. There is also no clouding issue on the edges, unlike many IPS variants we’ve seen.

Responsiveness is one of the key elements of the Acer XF252Q, thanks to the improvements made by AU Optronics to their 240Hz TN modules. The screen doesn’t blur even if you leave its overdrive setting by default, so the monitor’s Visual Response Boost or backlight strobing feature won’t see a lot of use. This model’s strobing implementation does a good job at making the screen cleaner since it syncs well with the refresh rate, but it drops the brightness considerably while also locking out the display’s adaptive sync capabilities.

The Acer XF252Q is a FreeSync gaming monitor with a functional range of 48Hz to 240Hz, making it a perfect pair for the current Navi and upcoming “Big Navi” cards from AMD. It also works with G-Sync compatibility even if the device isn’t certified by Nvidia, but the latter only works with the DisplayPort slot. Input lag sits at 10ms by default, but the product’s low input lag mode will drop it to 4ms.

Thoughts on the Acer XF252Q

The Acer XF252Q is a fantastic choice if you want a lightning-fast display that won’t break the bank. The default imaging quality needs a bit of work, but putting in the effort will give you fantastic accuracy which is rare for TN panels. The screen’s latency is almost non-existent, cementing its position as one of the best options for competitive gaming.

It’s difficult to consider flaws for the Acer XF252Q, especially since it’s so affordable. The price can make you forget its limitations easily, especially since it’s easy to correct them with a few tweaks to the OSD. The Acer XF252Q is a must-buy if you are upgrading your E-Sports gaming setup unless you want a G-Sync-equipped variant to ensure seamless performance with an Nvidia GPU.