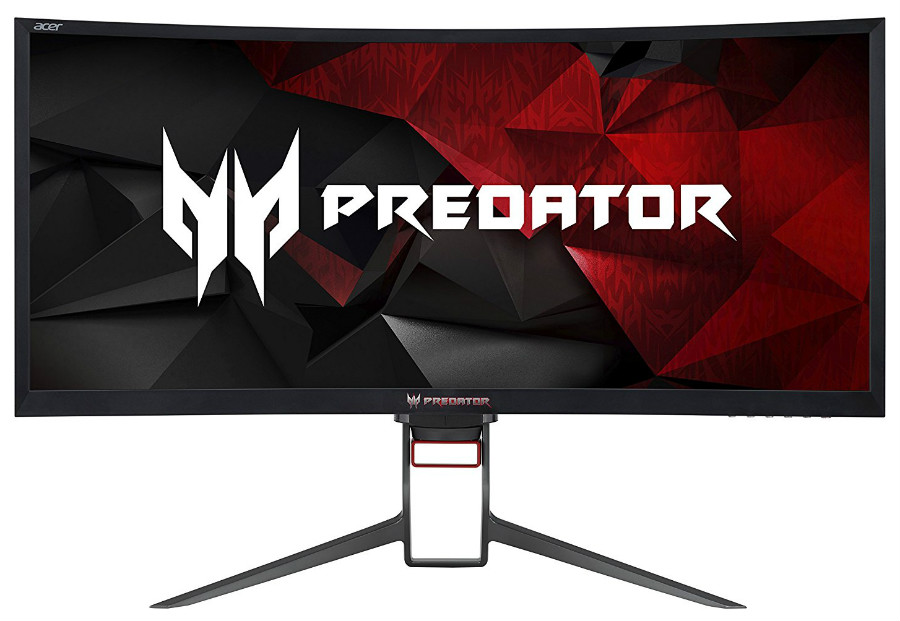 The Acer Z35P combines an eye-popping 3440 x 1440 resolution VA panel with the ability to overclock the speeds to 120Hz for ultra-smooth gaming. Acer enjoyed great success with the outgoing Acer X34, but the top ranking company now adds what consumers wanted from the predecessor right from the start. 100Hz is already a significant improvement for image enhancement in modern monitors, but the Acer Z35P’s 120Hz limit is considered as the universal baseline for responsive and sophisticated gaming displays. 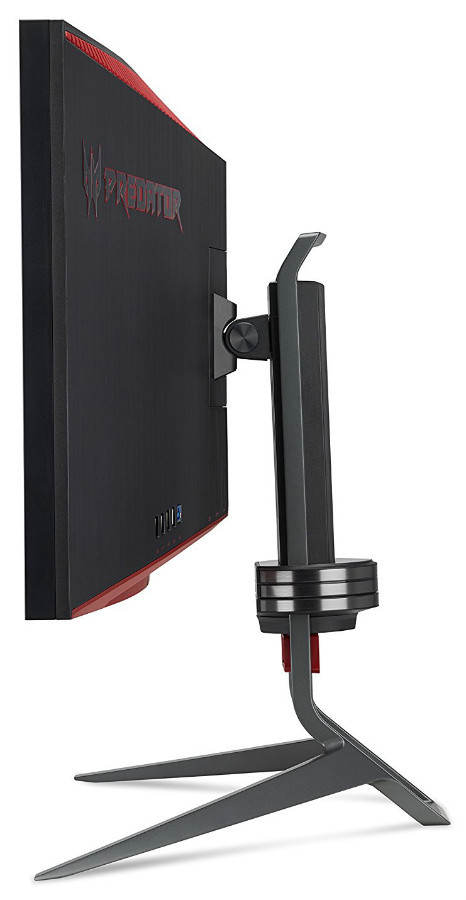 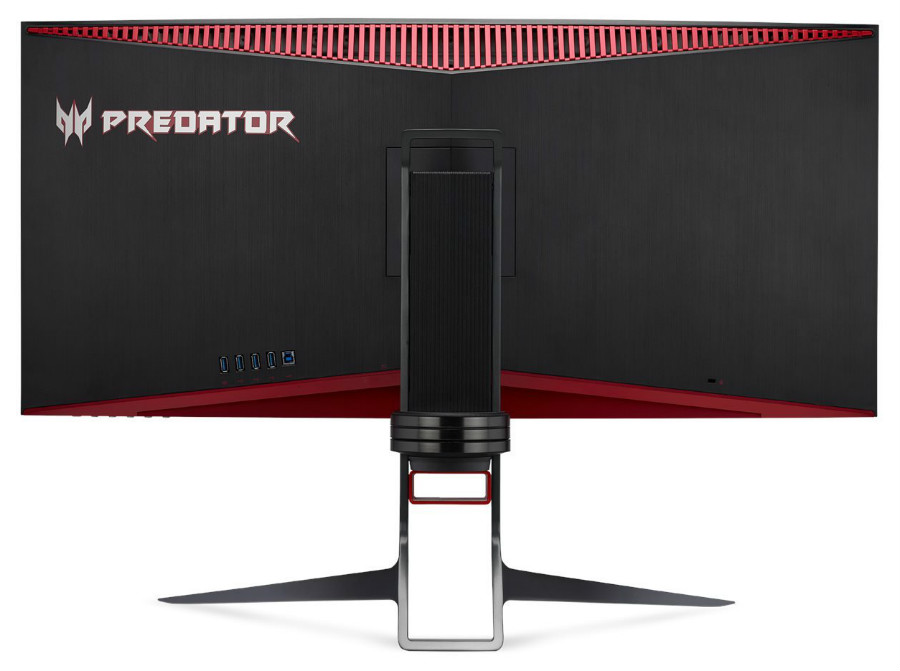 The Acer Z35P is a refreshed version of the X34, but it also takes most of its aesthetic cues from the older Acer Z35. The cabinet comes in matte black, but the air vents on the rear shell are painted in red. The face has reasonably thin bezels unlike the borderless X34, but it would be difficult to notice them against 34.5 inches of viewing space.

The best aspect of Acer’s Predator designs we love is the metallic Y-shaped stand seen on the X34 which comes in gun metal with an architectural appeal. From what we have seen, the construction quality is phenomenal with just the right amount of smoothness when adjusting the massive screen. You can tilt the Acer Z35P up to a maximum of 39 degrees, plus there is a height adjustment range of five inches and stable swiveling provided by the massive hinge on the base.

The top part of the upright serves as a carry handle which is convenient if you want to lug this 27-pound beast around. The mechanism can also detach to reveal VESA 100 x 100 holes, although wall mounting an 1800r curved monitor might not be ideal. Among some of the built-in extras is a pair of 9-Watt DTS speakers with Acer True Harmony so we can expect decent audio output with enough punch for near-field listening.

Like the products it takes its cues from, the Acer Z35P is a G-Sync equipped model, meaning it has a limited I/O layout as dictated by Nvidia’s proprietary control module. You only get one DisplayPort 1.2 and a lone HDMI 1.4 for video input, but there are four USB 3.0 connectors for accessories.

The Acer Z35P boasts a 35-inch VA panel with a 3440 x 1440 resolution, 120Hz refresh rate, 4ms response time and 2500:1 contrast ratio. This module from AU Optronics is similar to what the 100Hz ultrawide AOC Agon AG352UCG has, but the 20Hz difference is made possible through Acer’s factory overclocking. The latter also has a lower contrast ratio specified, but we can take this with a grain of salt since most VA monitors don’t reach the maximum claimed numbers.

We can expect superb color reproduction on the Acer Z35P as it promises 100% sRGB coverage made possible with the screen’s true 8-bit interface. The extra headroom in contrast also helps VA panels to produce more shades or palettes, so images and games appear more saturated and vibrant. The LED backlighting has a limit of up to 300cd/m2 which is comfortable for most uses, but it isn’t compatible with ULMB.

Although we don’t feel flat ultrawides have particular disadvantages to curved options or vice versa, we think the Acer Z35P’s tighter 1800r curvature could come in handy. The edges of the action on the screen appear closer, plus the hugging sensation which engrosses users need to be experienced first hand. When it comes down to it, personal preference is key, but the marketing of these monitors for immersive gaming has its merits.

To match its capabilities, the Acer Z35P comes equipped with G-Sync which covers 30Hz to 120Hz for variable refresh rate responsiveness and smoothness. We cannot stress enough the importance of this technology in latest games, and after seeing its benefits for yourself, it would be difficult to go back. As for input lag, the AOC Agon AG352UCG clocks in at a fantastic 6ms, and hopefully, we can expect the same from the Z34P.

The one thing users complained about from the Acer X34 is that for its price, it could only 100Hz which was a bit short from the 120Hz-144Hz target for premium gaming monitors. The Acer Z35P sets out to improve on this, but with some changes like switching to a VA panel instead of IPS. The comparable AOC Agon AG352UCG enjoyed success and popularity in enthusiast communities, and we can’t see why the Z35P wouldn’t.

You can order the Acer Z35P now.  Aside from the steep price, the looming release of faster models like the company’s upcoming 200Hz Acer X35 might hurt sales.