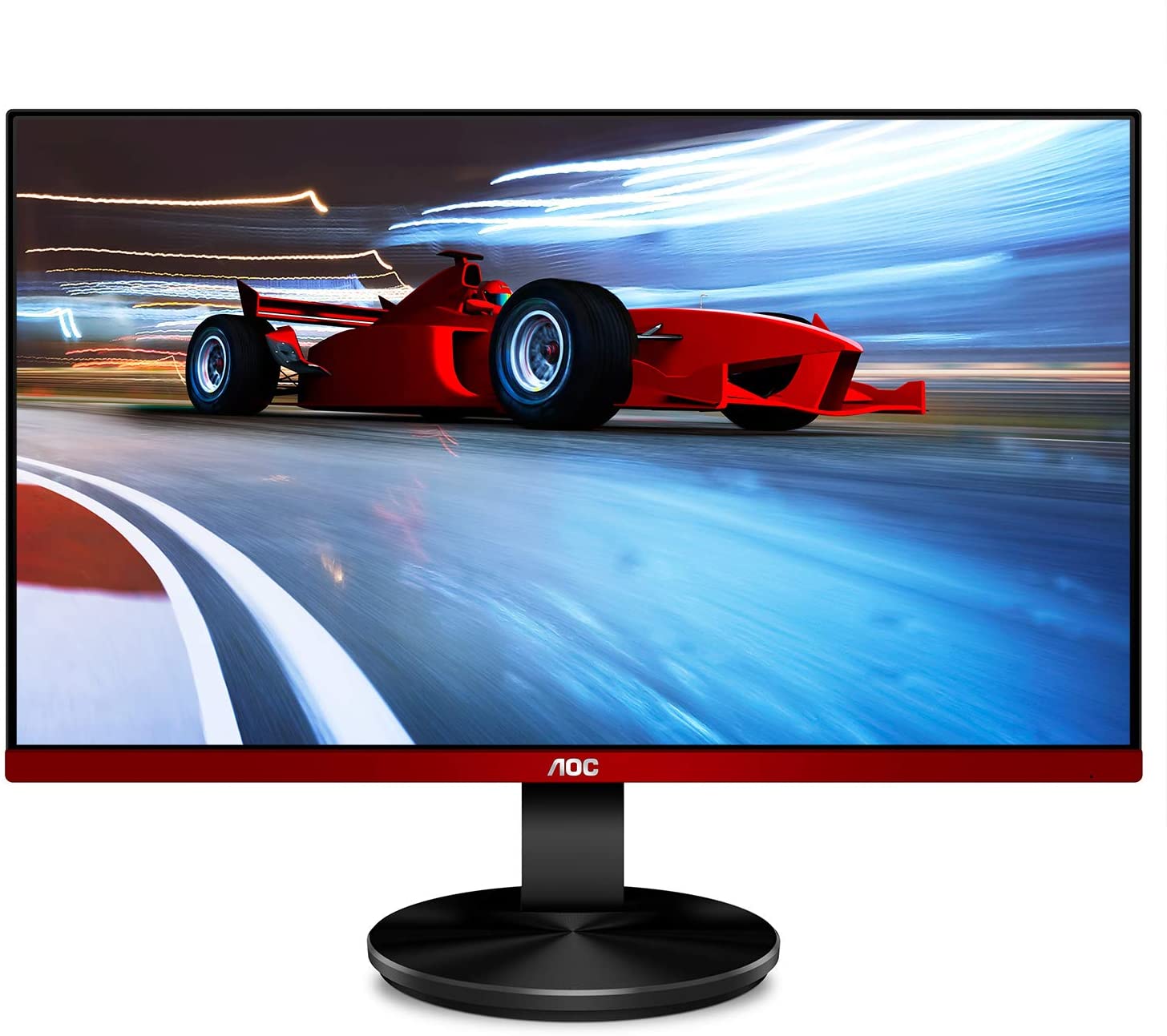 The AOC G2790VX is an inexpensive gaming monitor with a large 27-inch screen, a 144Hz refresh rate, and a reliable design. It’s more or less the same as the older G2790PX, but this model uses VA technology instead of the latter’s TN panel. This makes the AOC G2790VX better in many ways, but let’s see what it can do for your gaming and daily computing activities. 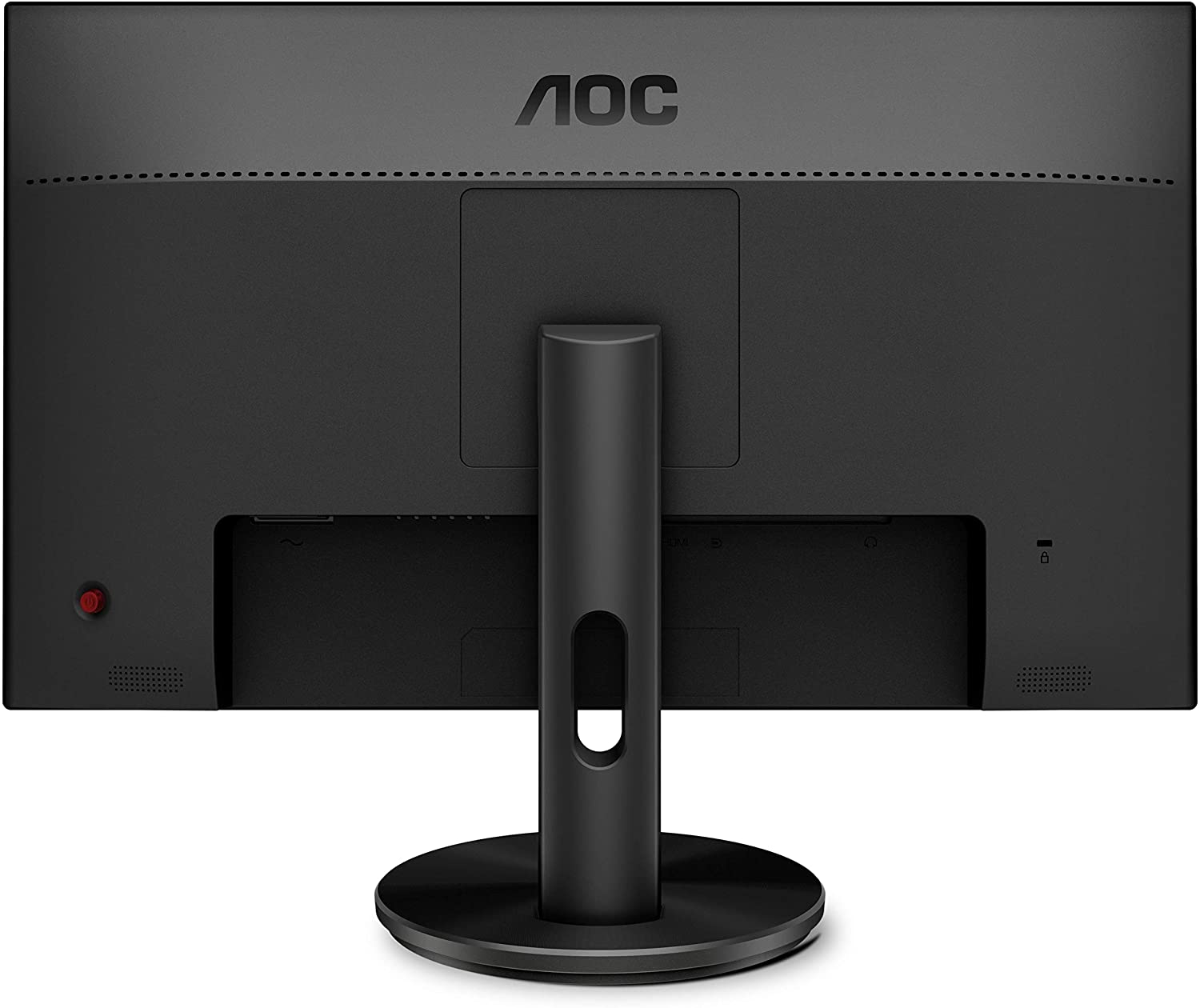 The AOC G2790VX is a barebones monitor that focuses on its 144Hz as its main draw for buyers that are into gaming. the monitor has a matte black chassis that’s accented with a red bezel at the bottom of the screen. it’s a frameless display, but you will still see inner borders when it’s in use.

This monitor isn’t too big, but its circular base takes up more space than the y-shaped stands found on other G models like the AOC 24G2. However, it only needs 8 inches of depth so it won’t displace your other peripherals when setting up. It doesn’t weigh a lot at 14 pounds, but it’s one of the less portable options out there for LAN gaming with your buddies.

The AOC G2790VX is mostly built out of plastic, so it doesn’t feel as durable as other options in its category. It can feel cheap and fragile for some, but it is actually quite durable for a budget monitor. The stand has a slight wobble but it won’t be an issue if your desk is stable and you don’t pound on your keyboard while gaming. 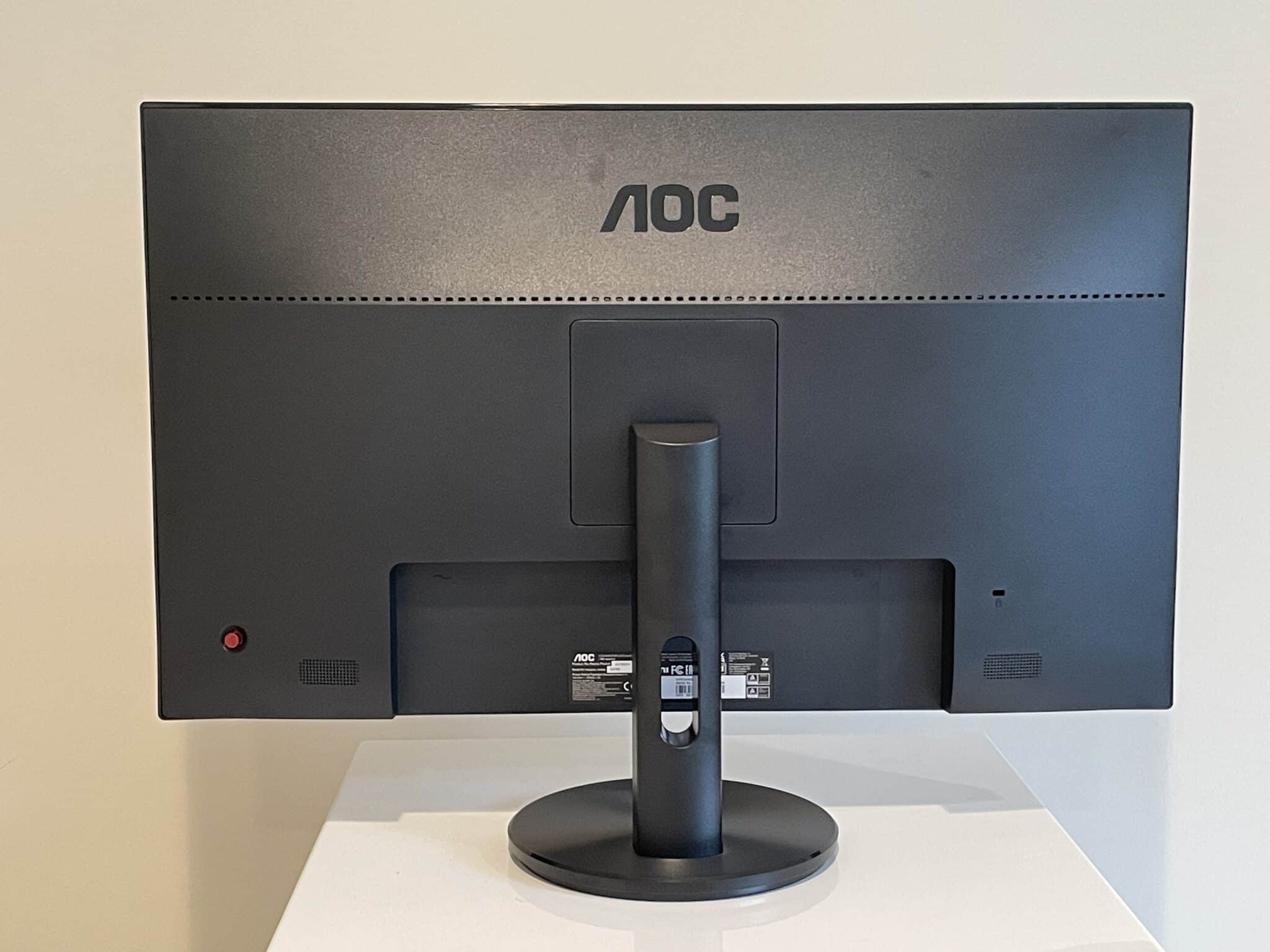 One thing we love about the AOC G2790VX is it still includes an OSD joystick given its ultra-budget nature. The red knob is located at the back near the right-hand corner, so you won’t have trouble reaching it if you want to adjust something on the fly. Monitors at this comparable price range still use OSD buttons which to us is a very dated and time-consuming method.

The stand included with the AOC G2790VX only offers tilt which severely limits your setup options. The simpler mechanism reduced its dimensions, but that’s not a worthy sacrifice in our opinion. Thankfully, it’s removable so you can use a VESA mount, but that will add cost to your upgrade if you don’t already have one lying around. 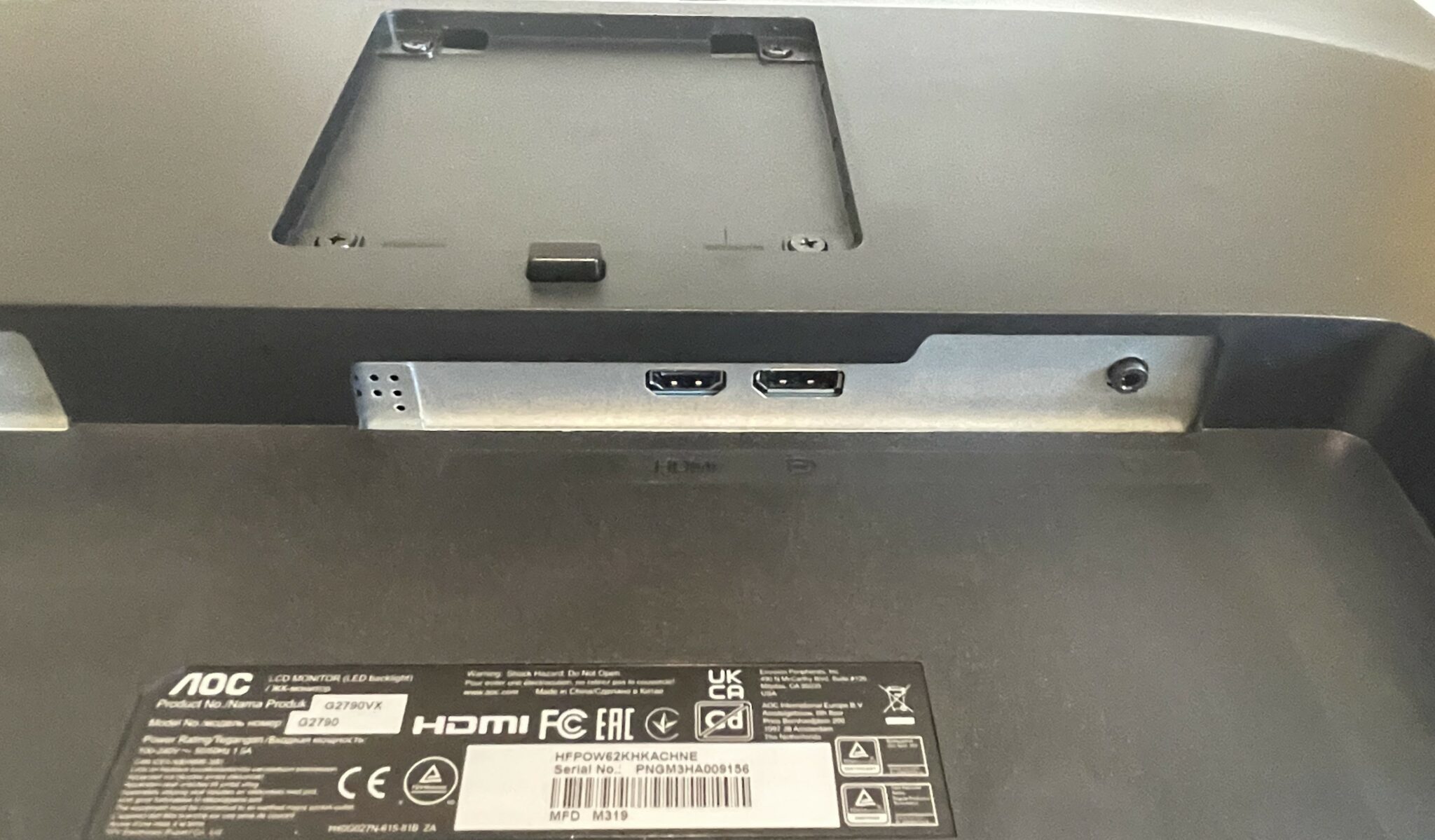 The AOC G2790VX is a budget monitor, so it only includes the bare essentials for daily operation. The panel at the back includes DisplayPort 1.2 and HDMI 1.4 for video inputs, along with a 3.5mm jack for headphones. It could use some additional ones like USB slots at least, but extra features almost always equate to higher price tags.

It’s also worth noting that this monitor doesn’t include built-in speakers in the package. This exclusion is forgivable since the G2790VX is a budget model, plus discrete speakers will most likely remain unused. Gamers will prefer headsets 99% of the time, so monitor speakers will be a waste in this case.

The AOC G2790VX sports a 27-inch VA panel with a 1920 x 1080 resolution, a 144Hz refresh rate, and a 1ms MPRT response time. The backlight is rated at 350 cd/m2, while the contrast ratio is listed at 3000:1 like most VA panels. This monitor doesn’t have HDR certification, but it advertises an HDR mode which you can play around with depending on the titles you play. 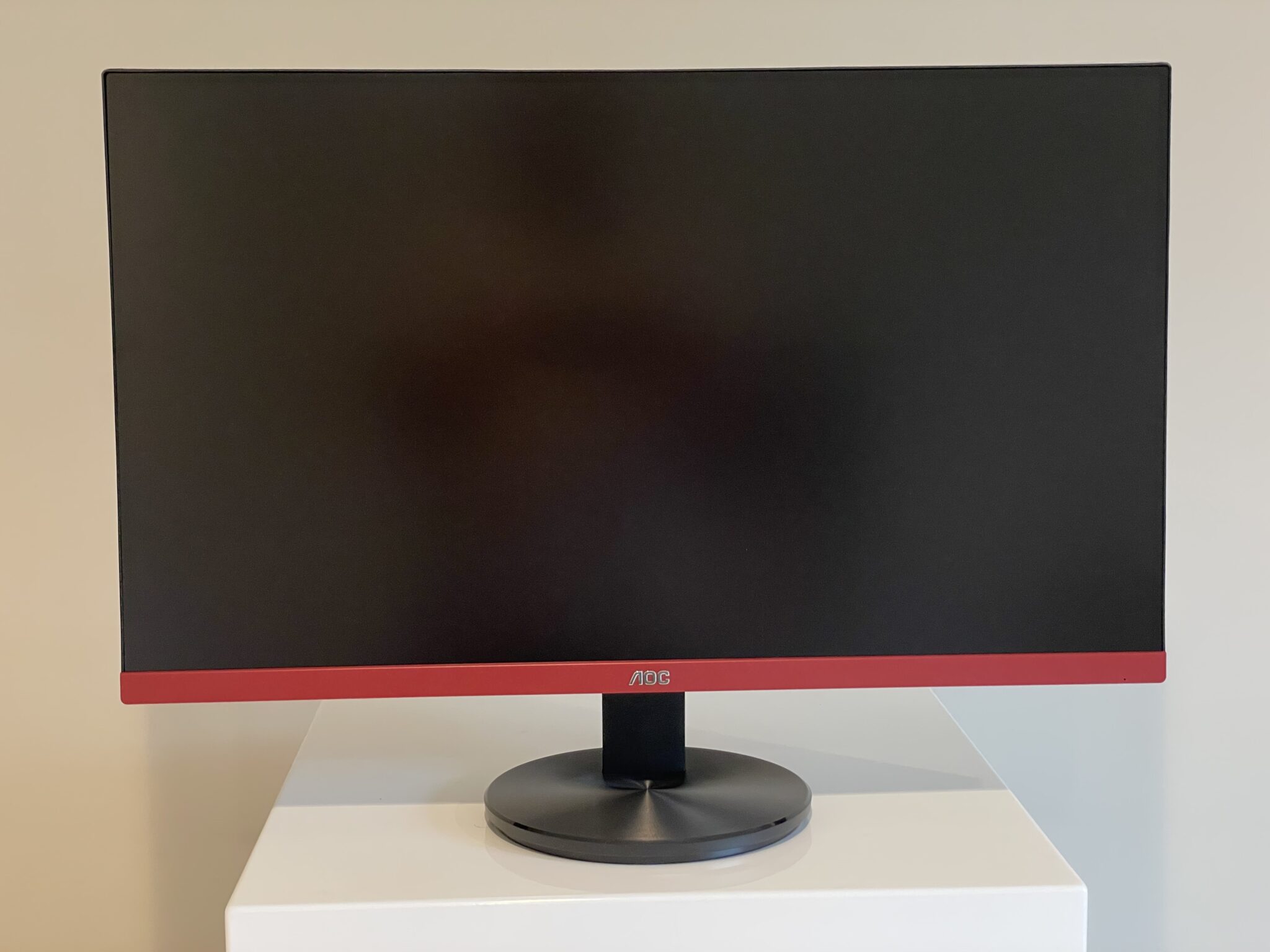 1080p is a bit too stretched at 27 inches, so the monitor can appear less sharp than its smaller siblings. However, it’s not as big of an issue as most claims since text and images are still quite legible. It is also ideal for competitive games since visibility is better simply because it’s easier to see small objects such as peeking heads or limbs. 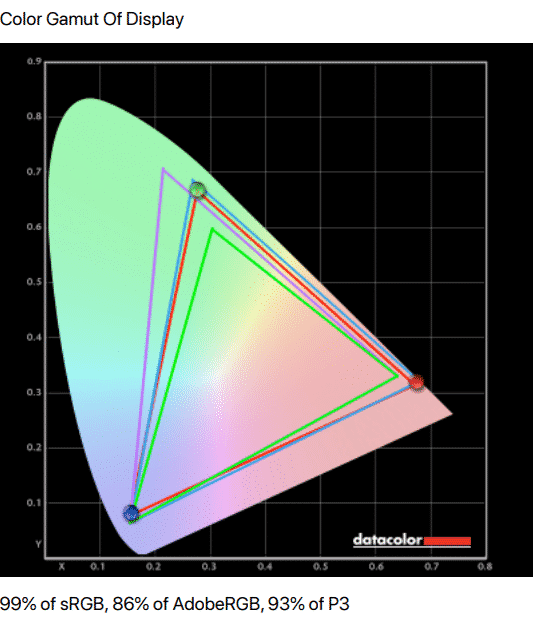 The AOC G2790VX renders 99% sRGB and 93% of DCI-P3 which is excellent for a budget gaming monitor. it also looks like it was factory-calibrated since the deltaE average is only at 2.07 so most users won’t have to calibrate it. AOC claimed that the dE score should be less than 2.0, but we’re happy with what it provided considering how affordable it is.

Calibrating the AOC G2790VX can reduce its dE average to 1.08 which is even better and suitable for editing work. However, many will be happy with the monitor’s default settings plus a few minor tweaks, so getting a colorimeter isn’t necessary. It is only necessary if you are into content creation or editing, but you should be looking for a better monitor with a higher resolution.

The backlight on this model reached 364 cd/m2, while the contrast peaked at 2440:1 at 50% brightness. It’s not sufficient for excellent HDR performance, but the monitor is bright enough to bring its vibrant colors out. Blacks and dark scenes look good on this monitor compared to the G2790PX which had a fraction of the contrast ratio. 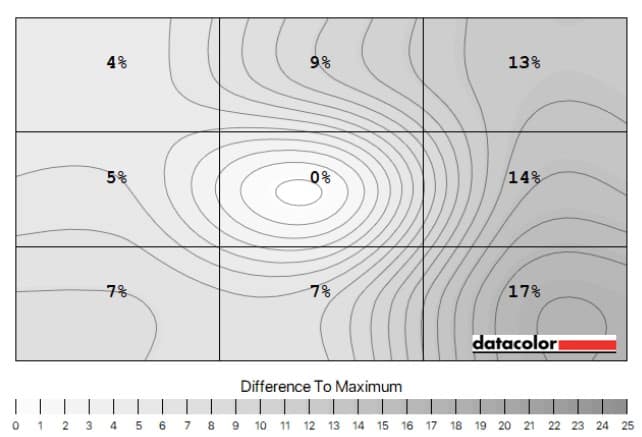 Panel uniformity for the AOC G2790VX could be better since the right side of the screen had noticeable deviances in the backlight spread. It’s most noticeable in dark scenes since there is some contrast loss in the respective quadrants. Thankfully, this isn’t permanent for all units made since there are monitors with better panel quality out there.

Responsiveness for the AOC G2790VX is great even if the AOC G2790VX is using a VA panel. The G2790PX has the advantage in this regard since it has a faster TN panel that doesn’t have persistence and smudging. However, using this monitor’s overdrive function sparingly can cure the minor blurring issues, although be wary of maxing it out since it will induce overshoot.

The AOC G2790VX is a FreeSync monitor but it also works with Nvidia’s G-Sync Compatible mode even if it’s not certified. This duality is always great to have since you don’t have to stick to one GPU brand when the time to upgrade comes. Input lag sits at 4ms at 144Hz, so there is no need to worry about delays while gaming.

Thoughts on the AOC G2790VX

The AOC G2790VX is a decent gaming monitor for the price if you consider its overall image quality. The screen offers decent accuracy out of the box along with excellent brightness and contrast. It is great for all-around gaming since it ticks all the right characteristics such as low input lag and FreeSync/G-Sync compatibility.

However, we think the AOC G2790VX’s omissions such as its downgraded stand or its very limited input options can become deal-breakers. The AOC 27G2 has better specs at the same price, although it uses an IPS panel instead of VA. This model is a decent buy if you specifically want a VA panel, but there are better options otherwise.

Search
NEW
POPULAR
You are here: Home / Reviews / AOC G2790VX Review – Affordable 27-inch 144Hz Monitor for Gaming
This website uses cookies to improve your experience. We'll assume you're ok with this, but you can opt-out if you wish.Accept Read More
Privacy & Cookies Policy