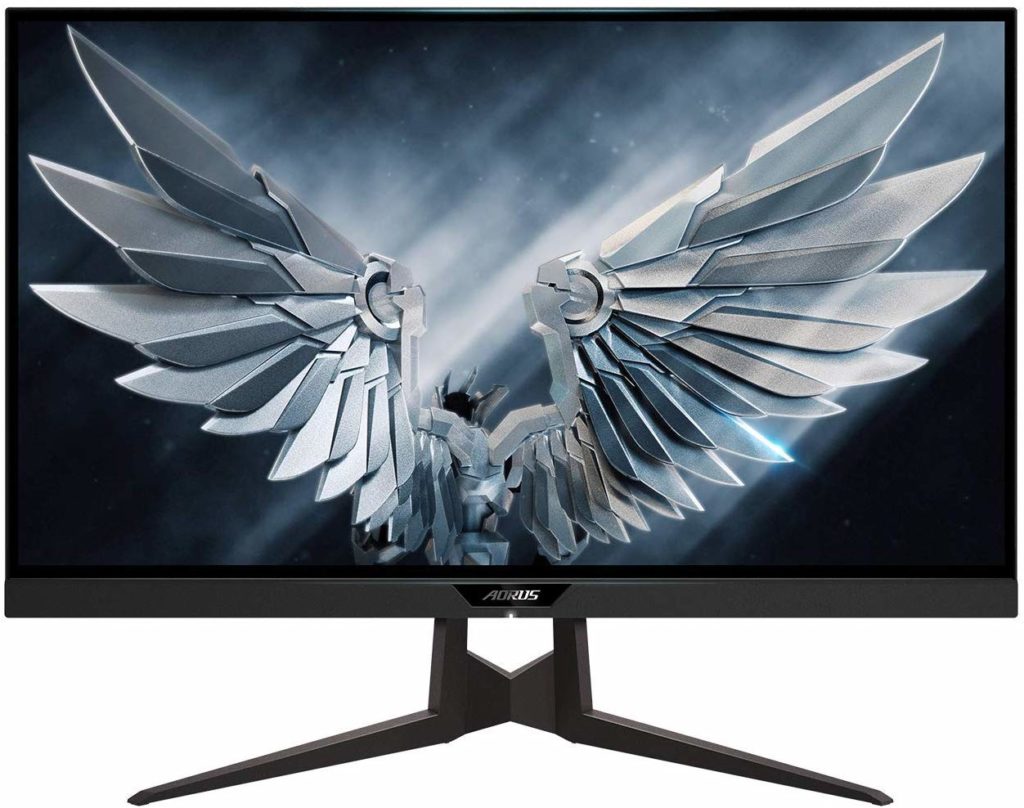 The Aorus FI27Q-P offers an upgraded 165Hz refresh rate IPS panel with all the Tactical Monitor features of the excellent AD27QD. This refreshed model doesn’t offer anything new other than the added 21Hz and a few extras, but we are hoping for better image quality and responsiveness from it. The Aorus FI27Q-P releases at the same SRP as the AD27QD which is a bit too expensive, but let’s check out if it’s worth the extra premium. 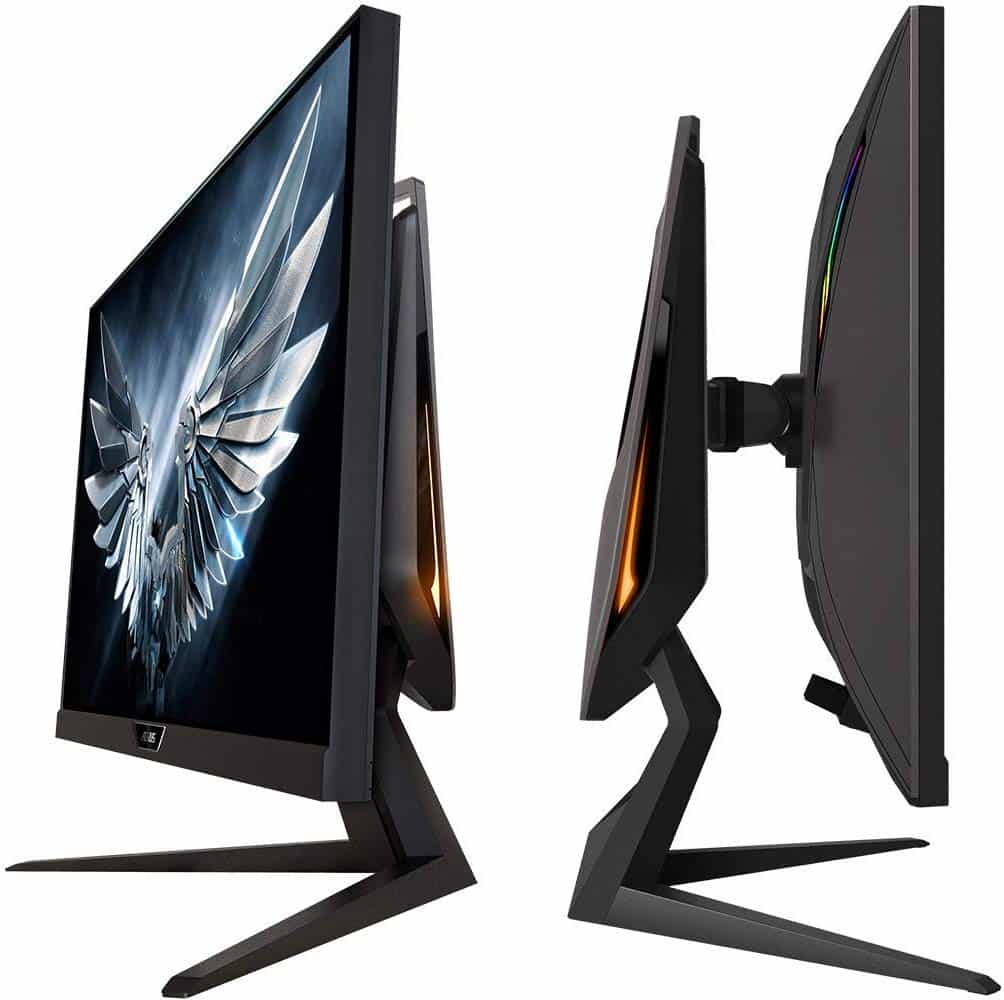 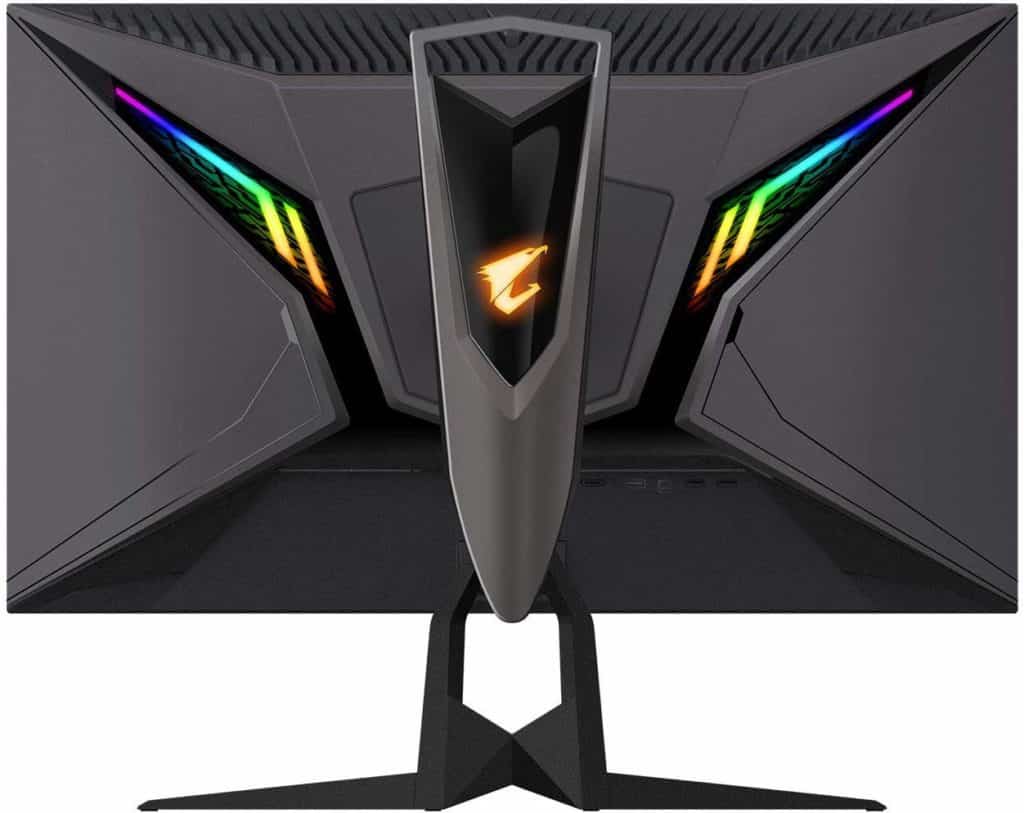 The Aorus FI27Q-P uses the same bold and agressive design that first became available on the AD27QD. This new variant uses the same chassis and stand, so it retains the excellent matte black texture that is clean-looking and easy on the eyes. The display area is bezel-free, so you don’t have to worry about distracting plastics while gaming.

Frankly, we like this design compared to other multi-colored options on the market which can be too garish. The device still looks clean despite its sharp angles, and it’s not as gaudy as some of the Aorus GPUs and motherboards we’ve seen in the market.

The Aorus FI27Q-P is priced like a premium monitor, but you get what you pay for in terms of build quality. Some of the product’s parts can be deceptively weak-looking, but we found that every bit of the monitor is sturdy and well-refined. There are no cosmetic issues or wobbling from the device, making us feel that it will stay reliable even after a few upgrade cycles. 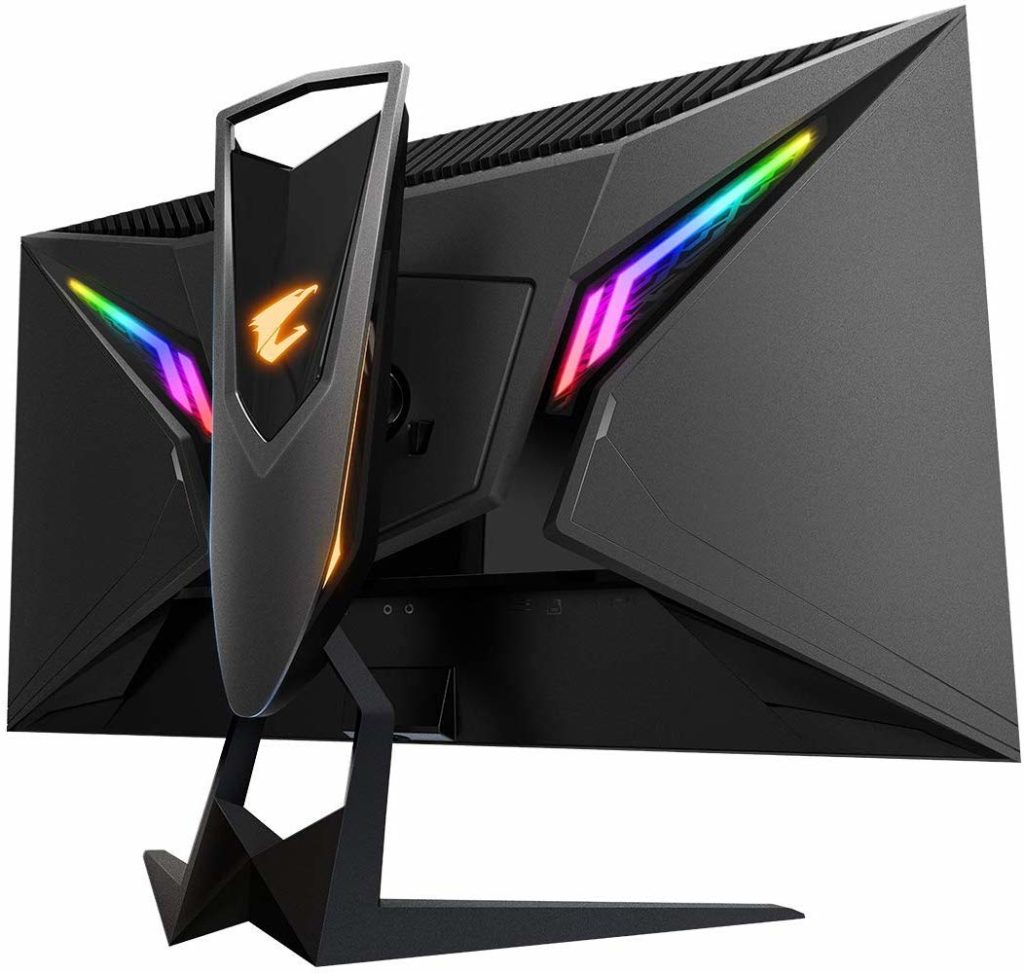 The rear panel of the Aorus FI27Q-P’s chassis has a wing-shaped RGB LED array designed to work with RGB Fusion. The main draw for these Aorus monitors is to be able to create a fully-synchronized gaming ecosystem that runs lighting themes via the aforementioned application. Aorus makes almost every part you will find in a PC, so being able to build a strictly themed setup must be heaven for the aesthetically meticulous.

The Aorus FI27Q-P is supported by a fully adjustable stand with a beautifully-shaped base that provides excellent stability. The upright also has LED lights to maximize the impact of the monitorand the customizations you can play around with using RGB Fusion. VESA mounting is compatible, but we only think that’s necessary if you are building a triple-head setup with this variant.

One of the upgrades the Aorus FI27Q-P received is it now has DisplayPort 1.4 instead of 1.2a which has a bigger bandwidth limit. You will also find two HDMI 2.0 slots at the back, along with three USB 3.0 ports and a pair of 3.5mm jacks for audio input and output. Take note that the mic or output jack has the ANC or noise-canceling filter which cleans up your voice commands before it reaches your motherboard.

Another notable addition to the Aorus FI27Q-P is it now carries a 600-ohm headphone amp for users who prefer audiophile cans instead of the gaming kind. Take note that it’s not as powerful as a dedicated amp, so using it 600-Ohm headphones like the Sennheiser HD600 will produce moderately decent results. You should also make sure that you get the P version since there is a FI27Q model that doesn’t have ANC 2.0 and DP 1.4.

There are no speakers on the Aorus FI27Q-P since many of its intended users will most probably use headsets instead. We think they are rarely missed for the product’s niche, but it would be nice to have a decent pair considering the premium price.

The Aorus FI27Q-P sports a 27-inch IPS panel with a 2560 x 1440 resolution, boosted 165Hz refresh rate, and a 4ms response time which can be pushed to a 1ms spec. What’s disappointing is Aorus did not upgrade the backlight to reach beyond 350 cd/m2 or use a panel which has a contrast ratio in excess of 1000:1. The only upgrade you get here is the extra refresh rate, but we were hoping for substantial improvements in the specs which affect HDR output.

The pixel density for the Aorus FI27Q-P presents a considerable upgrade from your vanilla monitor at work. You get 109 pixels per inch with models like this, so games will look sharper and cleaner, but not at the expense of requiring scaling for other tasks. Some games won’t need to use graphic enhancement features such as Anti-Aliasing, freeing up your GPU power to help with the framerate.

The Aorus FI27Q-P offers excellent color quality, but it misses its promise of comprehensive gamut coverage by a few notches. The IPS panel produces 100% sRGB with a few extensions in some shades which also equates to around 90% DCI-P3. Color accuracy sits at Delta 1.6 by default, so you won’t need to calibrate the monitor right away.

However, the screen is a bit too warm for our tastes, so using a colorimeter might be ideal for some users. Gamma is also set almost perfectly at 2.19, so out of the box gamers can enjoy the monitor right away.

One of the strengths of the Aorus FI27Q-P is its contrast ratio which reaches as much as 1150:. The maximum brightness recorded from the review sample reached 479 cd/m2, giving the user a healthy range of adjustments for daily use. This characteristic helps with the HDR capabilities, but the monitor doesn’t have the necessary specs such as FALD lighting to provide the full experience.

Panel uniformity for the Aorus FI27Q-P test unit could be better since there were leaks at the bottom corners. Some clouding becomes visible if you set an all-black image, plus it also lowers the contrast for the adjacent quadrants. Overall image quality when gaming isn’t noticeably affected, but some darker scenes will become slightly grayish or washed out if you look close enough.

The Aorus FI27Q-P isn’t as responsive as a TN-based variant like the PG278QR when it comes to pixel response times. However, the screen does have a backlight strobing feature called aim stabilizer. Setting the overdrive tool in the OSD to its Balance level is great at reducing ghosting without any considerable overshoot.

The Aorus FI27Q-P is a FreeSync gaming monitor, but its also compatible with G-Sync if you are using an Nvidia GPU. It’s great that there is no divide between the two brands when choosing a monitor to match, especially since both have very compelling GPU solutions for 1440p gaming. Input lag was tested at 9ms via the HDMI slot, so gamers will not feel any delays during gameplay.

Thoughts on the Aorus FI27Q-P

The Aorus FI27Q-P is a fantastic gaming monitor when image quality and design are concerned. The monitor delivers when it comes to color and contrast, plus the responsiveness promised by the Tactical Monitor branding is present. We like the extra features the monitor packs such as its audio solutions and RGB lighting, but we know many are not willing to pay the extra for them.

The Aorus FI27Q-P has its flaws, but it’s still one of the best monitors you can buy at the moment, but it’s very expensive for a 1440p display. You get excellent control over your gaming setup, but you have to pay a hundred or more on top for every add-on this offering includes.