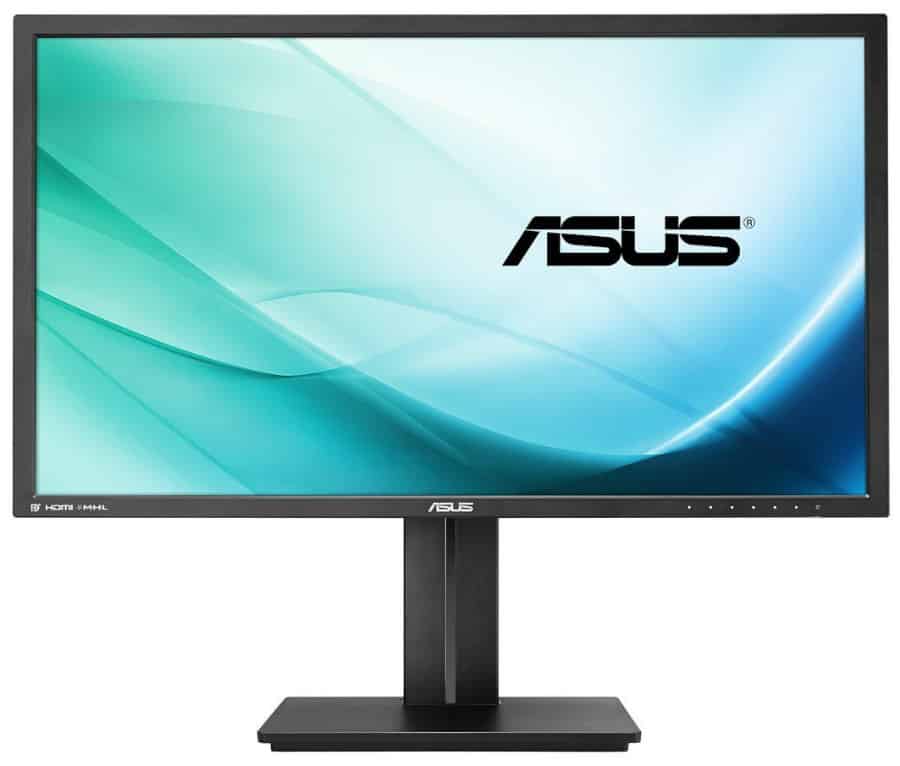 The Asus PB287Q broke barriers in pricing and quality when it first released, enabling the middle class to dabble in 4K visuals for gaming or design. This model launched for $650 back in the day, but now it costs a little over half of what Asus used to ask for ownership. The Asus PB287Q is a great value monitor when compared to recent releases that cost considerably more, making it appealing to take a peek at how it stacks up against the modern competition. 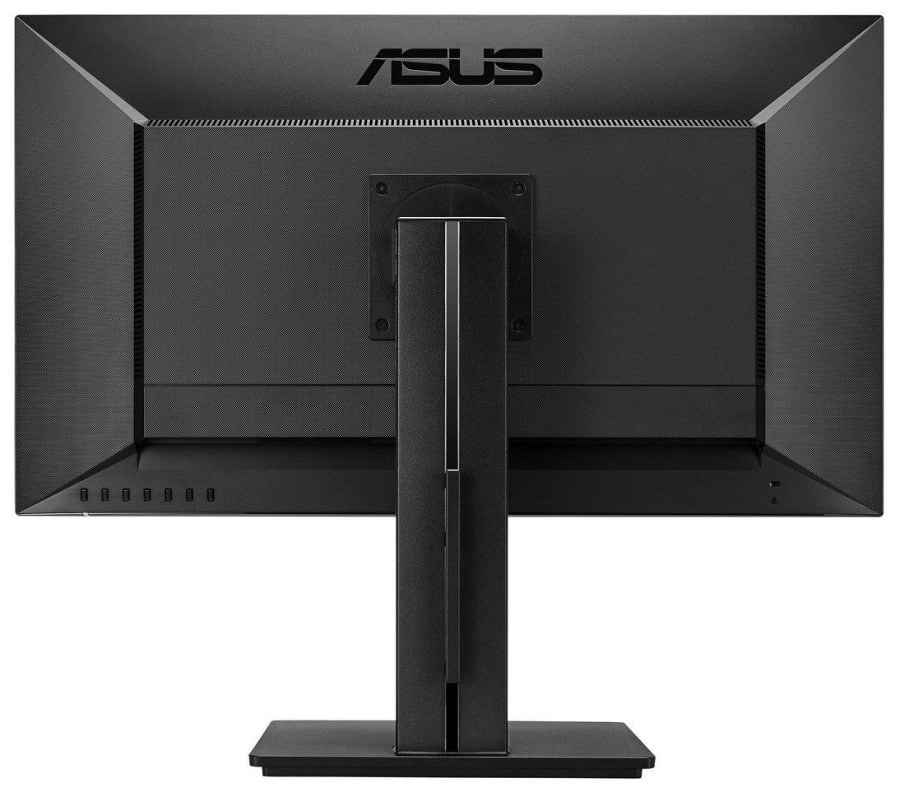 The Asus PB287Q sports a minimalist design which set it apart from the monitors of its era which looked quite dated. The large screen is surrounded by reasonable bezels which do are not imposing enough to be distractions. However, Asus’ later monitors like the Asus PG278QR have extra thin strips due to the dual-stage design which is composed of a hard outer layer and discrete inner borders.

The bottom bezel includes LED lights on the bottom corner which may appear as if they are touch-sensitive controls, but they only function as indicators. Each LED is positioned symmetrically to a mechanical button at the rear of the housing. The layout is easily reachable, but it does take a bit of practice to get the hang of what each button does.

The matte black chassis gives the impression of toughness and durability, since there were no unwanted creaks or flexing on the plastics. The movements, connections, and joints all felt refined and born out of high-quality craftsmanship. The Asus PB287Q’s dimensions are acceptable since the total depth doesn’t go over nine inches, but it can get challenging to position a monitor that’s over two feet in width in restricted spaces.

The Asus PB287Q includes a fully ergonomic stand that offers tilt, swivel, pivot and a height adjustment of almost six inches. This gives a greater deal of users sufficient flexibility for any configuration or position that helps to maximize comfort in extended use. If the adjustment ranges do not satisfy you, you can always opt for a VESA aftermarket mount since the PB278Q is compatible.

The Asus PB287Q’s biggest downside is revealed when we checked out its I/O panel at the rear of the chassis. The layout only includes DisplayPort 1.2 as the primary input and two HDMI 1.4 slots as auxiliaries. There are no USB slots for accessories, plus 4K consoles can’t use this monitor at full resolution since HDMI 2.0 is missing.

The Asus PB287Q utilizes a 28-inch TN panel with a 3840 x 2160 resolution, 60Hz refresh rate, and 1ms response time. The accompanying disadvantages of TN technology in vibrancy and viewing angles are expected, but this model has a 10-bit color (8-bit+FRC) output for a comprehensive gamut coverage. The model is marketed as a professional display, but it falls behind its IPS counterparts in some aspects of image quality.

A colorimeter reveals the Asus PB287Q’s commendable capabilities, starting with its 96% sRGB coverage which can be considered as plenty for a five or six year old product. There is a bit of undersaturation in the reds of the screen, but it isn’t enough to ruin the overall image. Default color accuracy when using the standard mode is impressive with only a Delta E of 2.3 which is close to perfect for every user.

After a round of calibration, the accuracy score for the Asus PB287Q improves to a Delta E 1.98, bringing it on par with Asus’ newer models. Maximum brightness is a bit underwhelming since the WLED backlight is limited to 305cd/m2 which misses a few units from the 330cd/m2 target. But on the other hand, contrast exceeded our expectations, reaching up to as much as 900:1.

These numbers equate to a pleasant overall image, but there is a slightly noticeable deviance in gamma which sits a 2.3. This score is only a few points away from the ideal level, but it does add a slightly darker hue to the screen. Professionals will, of course, look to other monitors, but gamers will simply love what the Asus PB287Q’s screen can offer.

The TN panel on our test unit also did exceedingly well when it comes to deviations in both brightness and color uniformity. The screen is larger than most, but the brightness is spread out evenly from the center to the four corners. There is also no immediately visible color shift on the Asus PB287Q except when it is viewed at an awkward angle.

Playing The Witcher 3 on the Asus PB287Q is very enjoyable thanks to the excellent color and contrast outputs of the screen. Blurring was at a minimal, so there are no distracting trails or image retention across the display. We could only blame the 60Hz limit for the minuscule image flaws we noticed, most of which required extra effort to become visible.

The Asus PB287Q isn’t as fast as the gaming-focused and later Asus MG28UQ which is one of our favorite recommendations for those who want affordable 4K displays. This model clocked in with 20ms in our input lag test, making it more suitable for casual enjoyment. The lack of HDMI 2.0 locks out pairing with a 4K console, which is a shame since the monitor would have been perfect for the job.

Thoughts on the Asus PB287Q

The Asus PB287Q presents tremendous value in today’s market which is slowly becoming saturated with 4K displays. For under $400, you get a decent UHD display with fantastic imaging qualities which place it above a few more expensive models we tested. This model doesn’t miss out on the brand’s well-known build quality since it offers durability and flexibility in a sleek and minimalist package.

However, the Asus PB287Q’s age reveals a few flaws or limitations which the intended audience will dislike. Input lag is a bit higher plus there is no support for HDMI 2.0, eliminating the 4K console gamers who prefer PC monitors over laggy LCD TVs. It’s also undeniable that the Asus MG28UQ, which is the better choice for today due to its superiority in almost every aspect, is only a few bucks more expensive than this option.