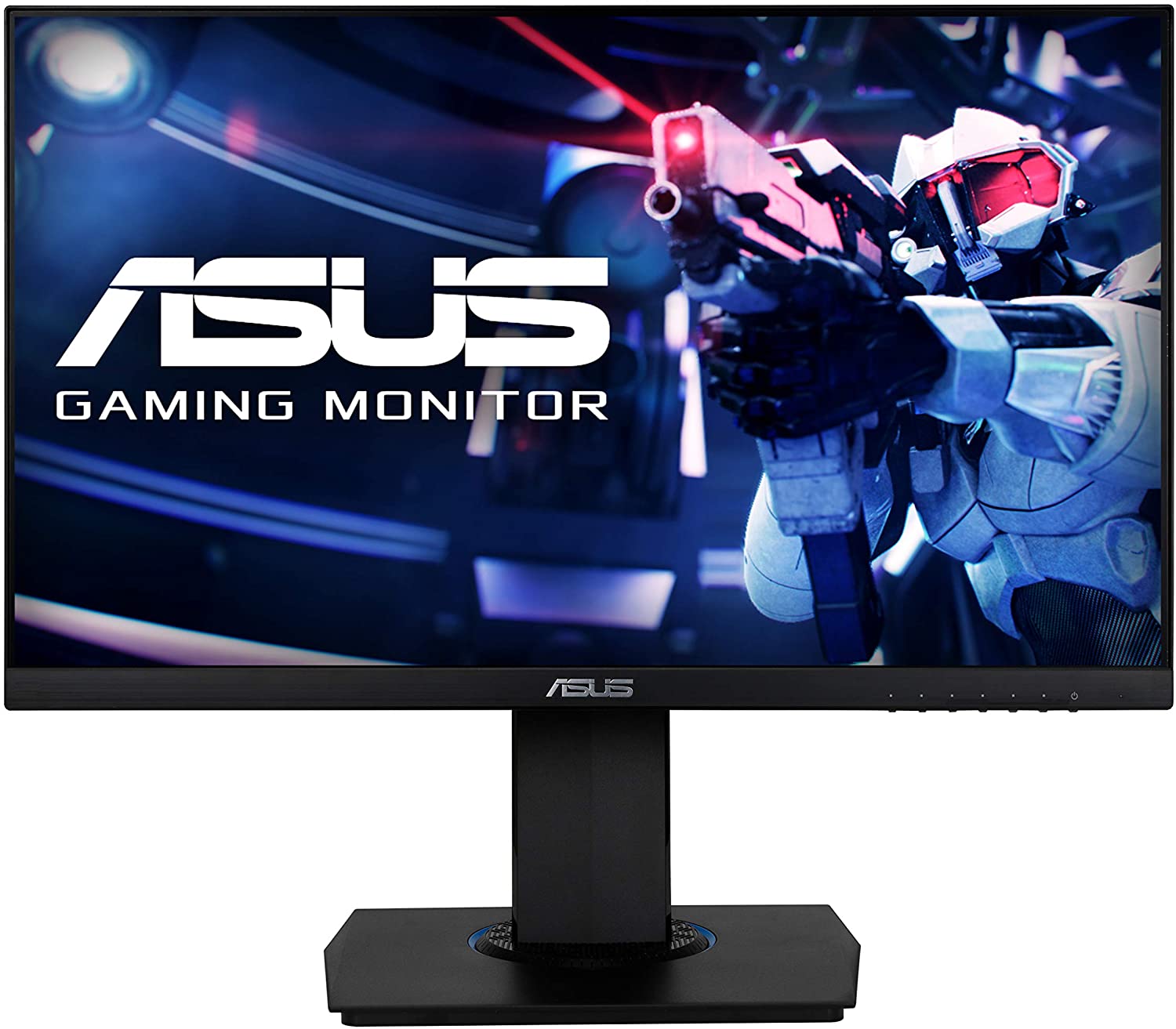 The Asus VG246H is an inexpensive entry-level monitor that’s ideal for casual or console gaming, plus daily use. It’s an improved version of the VG245H, which at its time, was one of the few monitor that worked great for competitive console gaming. However, the Asus VG246H’s price can get you a budget 144Hz model now, so let’s check out if it’s worth the money. 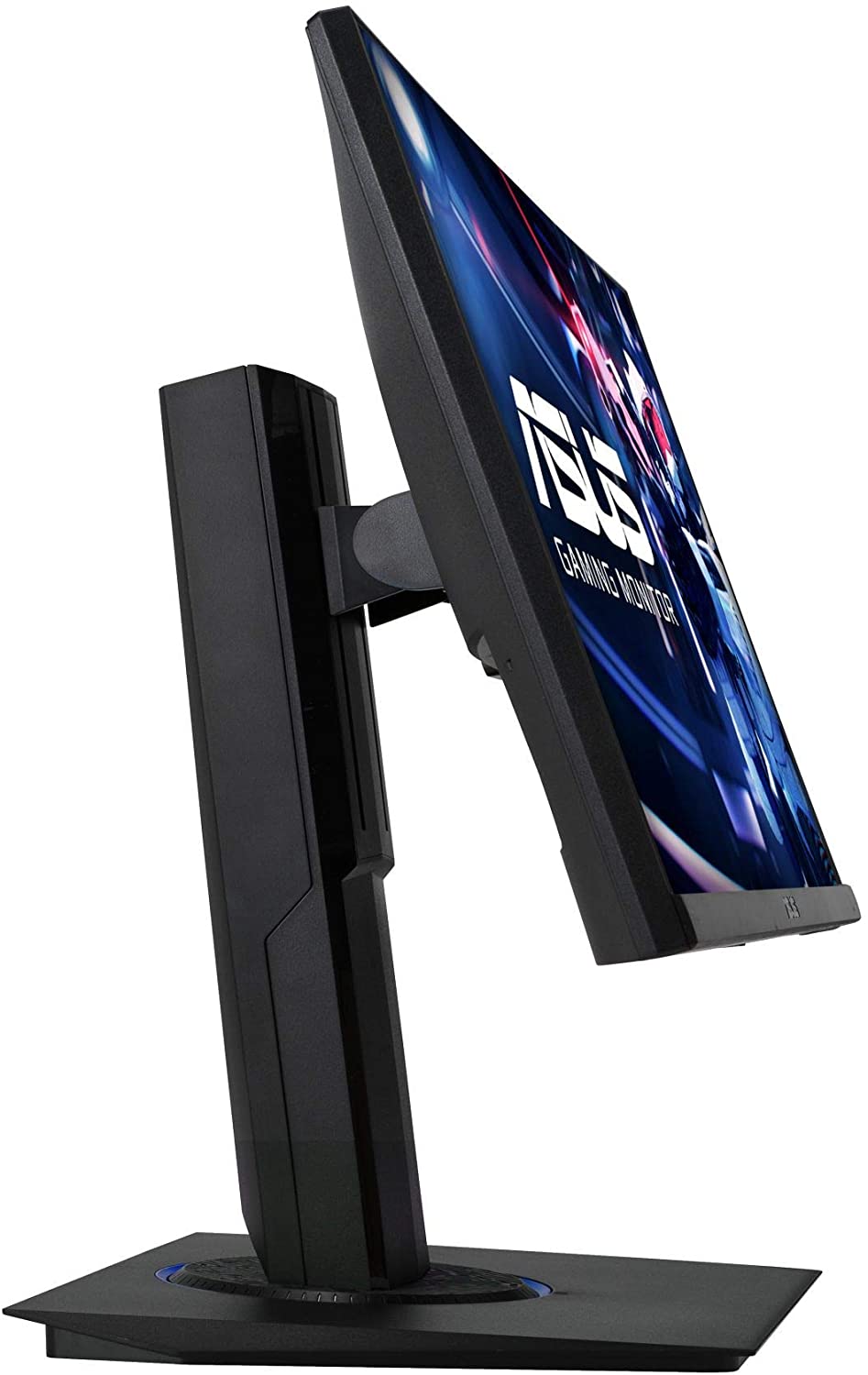 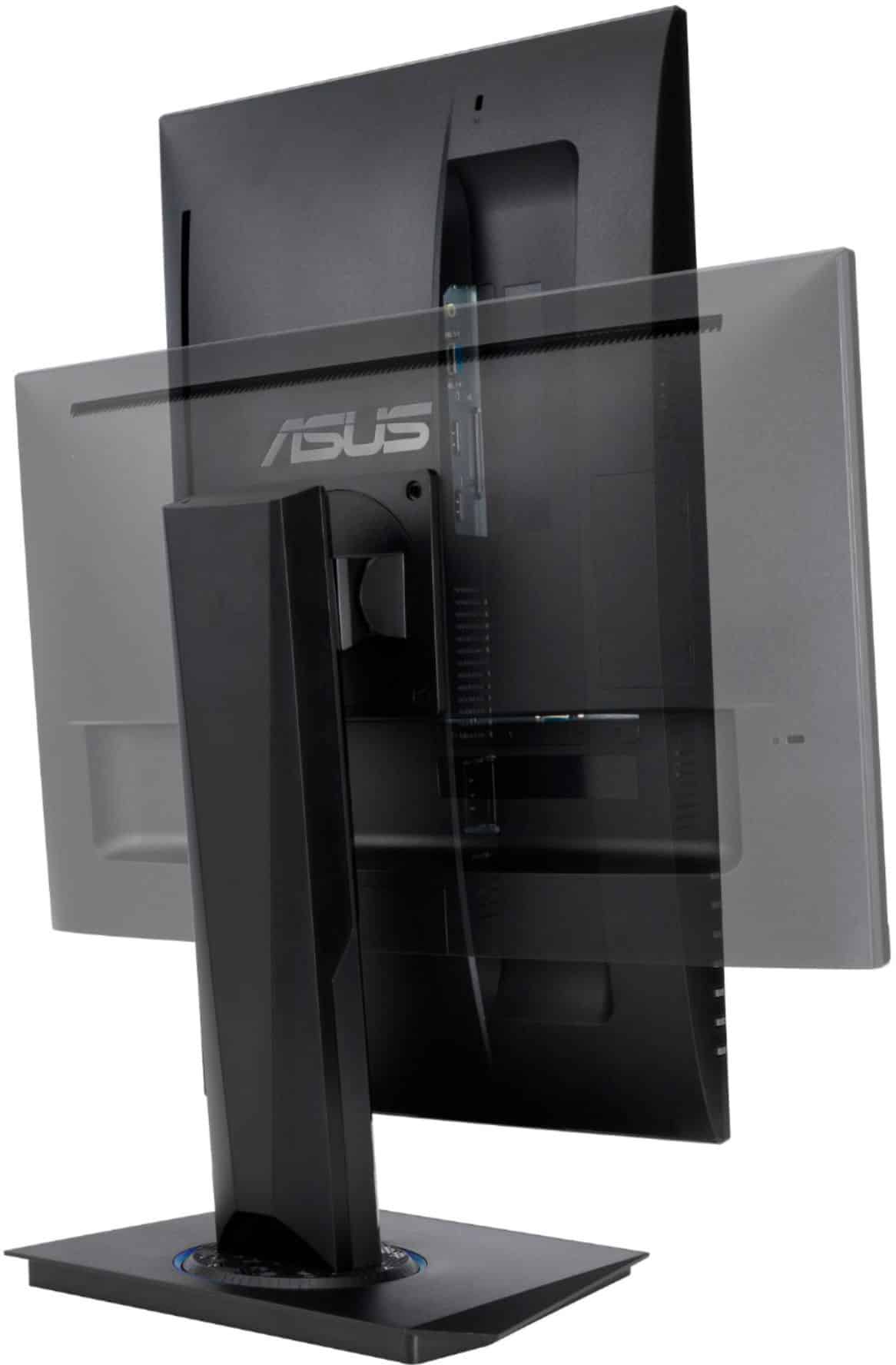 The Asus VG246H sports an improved design that doesn’t depart too much from the original look of the VG245H. The monitor still has an all-black chassis with a blue accent on the base. What changed the most with it is its bezel-free display which doesn’t have the thick plastic borders on the top and sides of the screen.

It also slimmed down a bit, but it still weighs over 13 pounds due to its large stand that does a good job of keeping it upright. Its base, however, consumes more than a reasonable amount of space because it still uses the same design as its predecessor. The monitor is still manageable, although it could use some more trimming down for users who live in dorms or apartments.

Build quality for the Asus VG246H is solid and reliable, just like many of the brand’s gaming monitor offerings. The plastics used feel durable, while the stand is quite strong and reinforced properly even if it’s a budget model. We didn’t notice any wobbling from the monitor unless you accidentally nudge it on its corners.

The OSD layout on the VG246H got downgraded since it only has a button layout instead of the usual joystick and four hotkey implementation on Asus monitors. The keys are located at the front on the bottom bezel with labels, so they are easily accessible. However, it’s a bit more difficult to use than a joystick since you need multiple key presses to get to a specific setting in the OSD.

The stand included with this monitor is one of its best characteristics since its ergonomic and easy to use. You can tilt, swivel, pivot, and adjust the height of the monitor to get a comfortable viewing angle as needed. You can also swap this out with a VESA mount, but we think it is only necessary if you have multiple displays.

The Asus VG246H’s connectivity layout has also seen some omissions to help with its price point. It only includes HDMI 1.4 and a d-sub slot for video inputs, along with a 3.5mm jack for headphones. The lack of DisplayPort and USB ports is understandable, but it could use at least another HDMI connector to make it more versatile.

The Asus VG246H even manages to include built-in speakers for basic audio purposes such as background music or conference calls. They don’t sound particularly good or powerful enough for gaming, but its always nice to have extras like it.

The Asus VG246H sports a 24-inch IPS panel with a 1920 x 1080 resolution, a 75Hz refresh rate, and a 1ms MPRT response time. The backlight is limited to 250 cd/m2 while the contrast ratio is listed at 1000:1 like most IPS panels. The considerable upgrade in this model is its use of IPS versus the VG245H’s TN panel for better viewing angles and overall color performance.

What’s great about the Asus VG246H is its flexibility between casual or console gaming and productivity. The 24-inch 1080p monitor works great for office work as well since many consumers are accustomed to using it. It’s also perfect for running casual games with low-spec machines since 1080p 75Hz won’t draw too much GPU power as well.

The Asus VG246H covers 97% sRGB which isn’t the best in the market, but acceptable for daily use, including gaming. Its default accuracy is excellent at its price range since the color dE is limited to 1.58. the screen looks balanced overall, and it looks like it was factory calibrated for better plug and play performance.

Calibrating the Asus VG246H produced a fantastic dE average of only 0.74 which is what we regularly see on prosumer displays. This makes the product usable for content creation and some editing which will extend its value per dollar further for the right buyer. However, a colorimeter was enlisted to reach it, so it might not be worth it to many since the gadget itself is more expensive.

The backlight on the Asus VG246H reached 260 cd/m2 while its contrast sat at 1112:1 at 60% brightness. The monitor is bright enough for use in well-lit rooms, but its contrast cannot produce deep blacks. Dark scenes can sometimes appear grayish or washed out, but that’s common on IPS monitors without special backlight implementations.

Panel uniformity for the Asus VG246H could be better since there were noticeable light leaks on the top edges of the screen. This resulted in clouding on the display’s adjacent quadrants which can be a bit disturbing if you are viewing dark images or scenes. Take note that this varies between every unit, so there are better ones out there in the market.

The Asus VG246H’s response time isn’t as great as the TN-based predecessor, although it’s not that blurry or bad. You need to set its Trace Free feature to its level 60 option to help quell some of the smudges and persistence. You might need to go with a 144Hz model instead such as the AOC 24G2 if you play fast-paced games to avoid this issue.

The Asus VG246H is a FreeSync monitor, but it doesn’t work with G-Sync Compatible mode since it doesn’t have a DisplayPort slot. That’s a bummer for many, but you won’t usually need it at 1080p 75Hz since it is easy for many GPUs to produce stable frames anyway. Input lag sits at 8ms at 75Hz, so gamers will not feel any delays or “de-synced” instances while gaming.

Thoughts on the Asus VG246H

The Asus VG246H is a decent choice if you want a basic monitor for casual or console gaming. It lacks a few features since it’s a budget model, but its functional stand and awesome build quality will make up for that. The IPS panel isn’t as fast as the TN variant, but it looks more alive and accurate enough for content creation.

The main caveat with the Asus VG246H is not its middling response times or its limited capabilities. The issue with it is its priced to compete with budget 144Hz offerings like the AOC 24G2 or the MSI G241 which are better and faster. It’s a decent monitor, but it’s a no-brainer to get the two aforementioned models instead if your primary purpose is gaming.